Keeping Up with the Neatlys

Suburbia is the setting for Hi and Lois.  During the 1950s, housing developments like Levittown in Long Island were springing up outside large cities and baby boom parents were settling in these communities to raise their children. They immediately tried to make their cookie-cutter homes look more distinctive by installing fences, awnings, terraces, barbecues and other improvements.  Mowing lawns, planting gardens and raking leaves occupied these suburbanites on the weekends.

Mort Walker and Dik Browne both lived in suburban New Jersey for a brief time but eventually settled in Connecticut.  Many of the scenes in the strip were inspired by locations in the Fairfield County towns of Greenwich, Stamford, Westport and Wilton.

The Flagstons’ next-door neighbors, the Thurstons, didn’t move in until seven years after the strip debuted.  Thirsty made his debut on June 9, 1961 and Irma first appeared on July 12, 1963.

Other residents of the neighborhood came and went as the gags required.  Here is a classic episode from 1968 that features four married couples discussing yard maintenance. 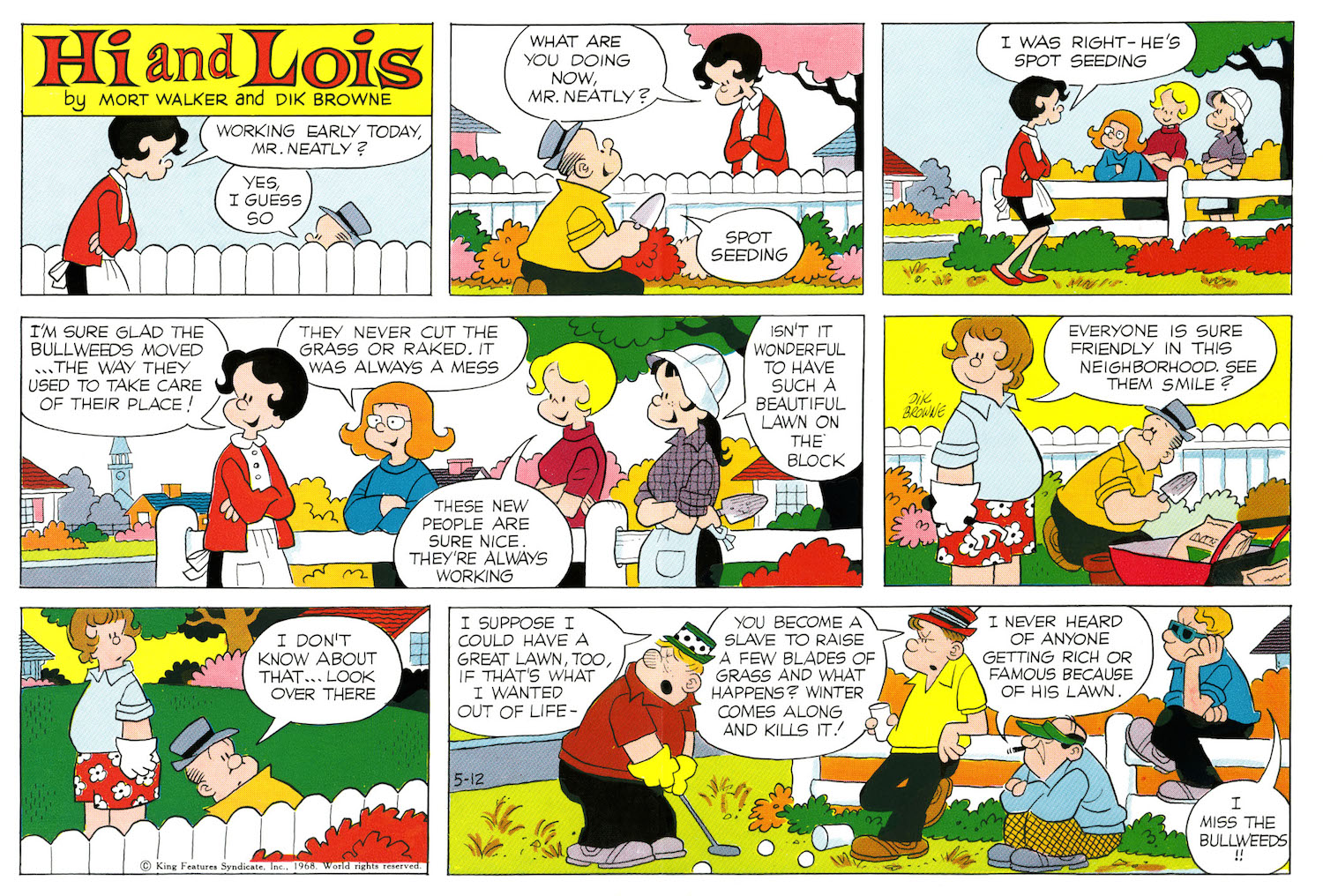 In more recent years, we have occasionally featured an overachieving yuppie-type, Mr. Strivemore, who lives across the street, and an old codger, Mr. Wavering, who enjoys telling tall tales to Dot and Ditto.

Although the suburbs have changed considerably in the sixty years since Hi and Lois began, relationships between neighbors have not changed that much.  People still look over their fences to see what the family next door is up to.