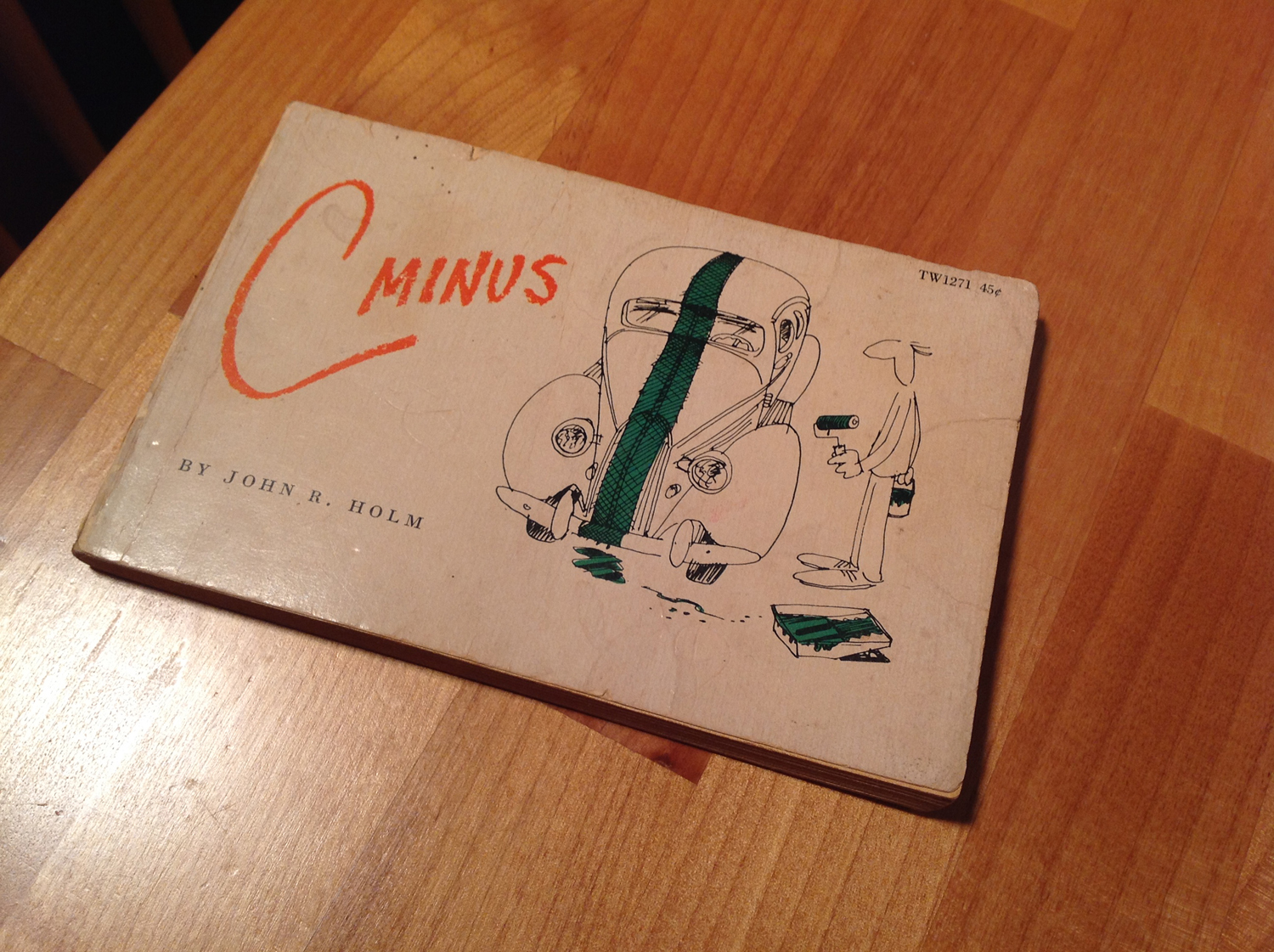 A nine-foot set of maple bookshelves holds up one wall of the little hallway that leads from our house to my studio. Each shelf is stuffed with cartoon books, art books, cartoon character figurines, and old MAD Magazines.

The little hallway makes up nearly half of my 27-foot morning commute.

On “the way into work,” I often pull a favorite cartoon or art book to flip through while sipping my morning iced-coffee on our back porch. I find this little ritual kickstarts my sleep-and-red-wine-addled brain into trying to somehow at least pretend to resemble a creative mind for a couple of hours during the day.

Most of these books on my studio shelves I’ve had forever, and when I bring home something new, there’s no place to put it.  So every once in awhile, I’ll sort through the lesser perused titles and relocate a handful to an out of the way corner of the studio (read: the big ol’ pile next to the sofa).

I really need to get some additional shelving, or curtail my book buying addiction…

One little book that has been a muse to me as much as it has been amusing, will never be relocated from the main shelves. It’s a postcard-sized volume of nearly 100 gag cartoons chronicling the life of a character named “C minus.” Well, that’s the name of the book anyhow, and we’ve always assumed it’s the name of the protagonist too.

Through one-liner cartoons, we find C minus is a broke, highly un-motivated college student who doesn’t have much luck with the ladies and would rather go surfing than study. Remarkably very Dustin-like.

I think one of my brothers saved up his milk money to purchase “C minus” in 1969 for, like, 45¢ from one of those monthly Scholastic Book order forms the nuns used to hand out in school. The book became an instant favorite of my brothers, sister and my Mom and Dad too (my Dad particularly loved the gags about C’s jalopy that appears to be a 1936 Plymouth).

But for my ten-year-old self, “C minus” was an inspiration.

“C minus” taught me about how effective simplicity is to a great cartoon. Trying to draw my own cartoons similar to “C minus” as a kid in those days, I also learned how extremely difficult this is to achieve.

Drawing simple, spare cartoons isn’t as simple as it looks.

“C minus” helped teach me how to compose a scene; how a good visual gag is enhanced by a perfectly written punch line; and how to set up the reader to imagine what has transpired or is about to transpire — which is really where the joke resides in many cartoons.

As for the art, “C minus” cartoons were drawn with a loose, spare line that perfectly matched the humor. The characters don’t have any facial features other than a nose.

That sort of expressionless type of humor has always evaded me. Though Steve is a master of the style. Just Google his editorial cartoons sometime and you’ll see what I mean.

I’ve always found it easier to get a laugh using very broad Tex Avery-like eyes-agog and jaws dropped to the floor. Steve often has to pull me back when I sketch out a “Dustin” strip too broadly.

Getting back to the little book — I’ve gone to the web many times in the past to find out more about “C minus” and his creator, cartoonist John R. Holm. Nothing. Except for a few used book sellers listing yellowed copies of the same book.

As far as I know, it’s the only collection of John R. Holm’s cartoons anywhere, which truly amazes me. Mr. Holms is/was an obvious master cartoonist.

I did find a cartoonist named John H. Holm, who drew a feature called “Woody’s World” in the 60s. I suspect he must have been related to C minus’ creator in some way.

If I find out more, I’ll pass it along here.

Until then, you’ll find a few “C minus” cartoons below for your reading pleasure (click to enlarge)…

One of many cartoons featuring C’s long-suffering girlfriend, Mary Ann… 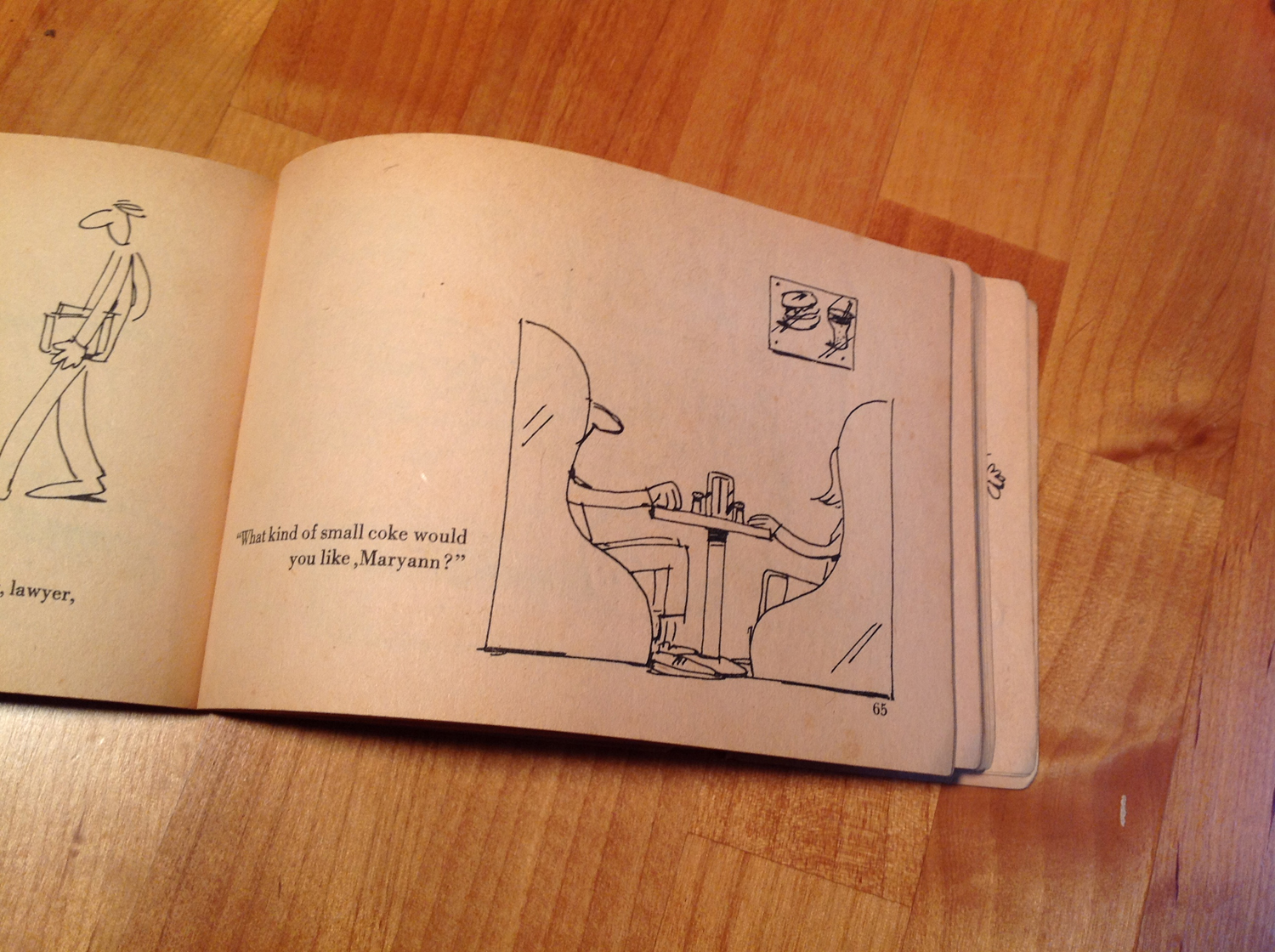 As a fledgling surfer at the time, I especially loved the surfing cartoons. 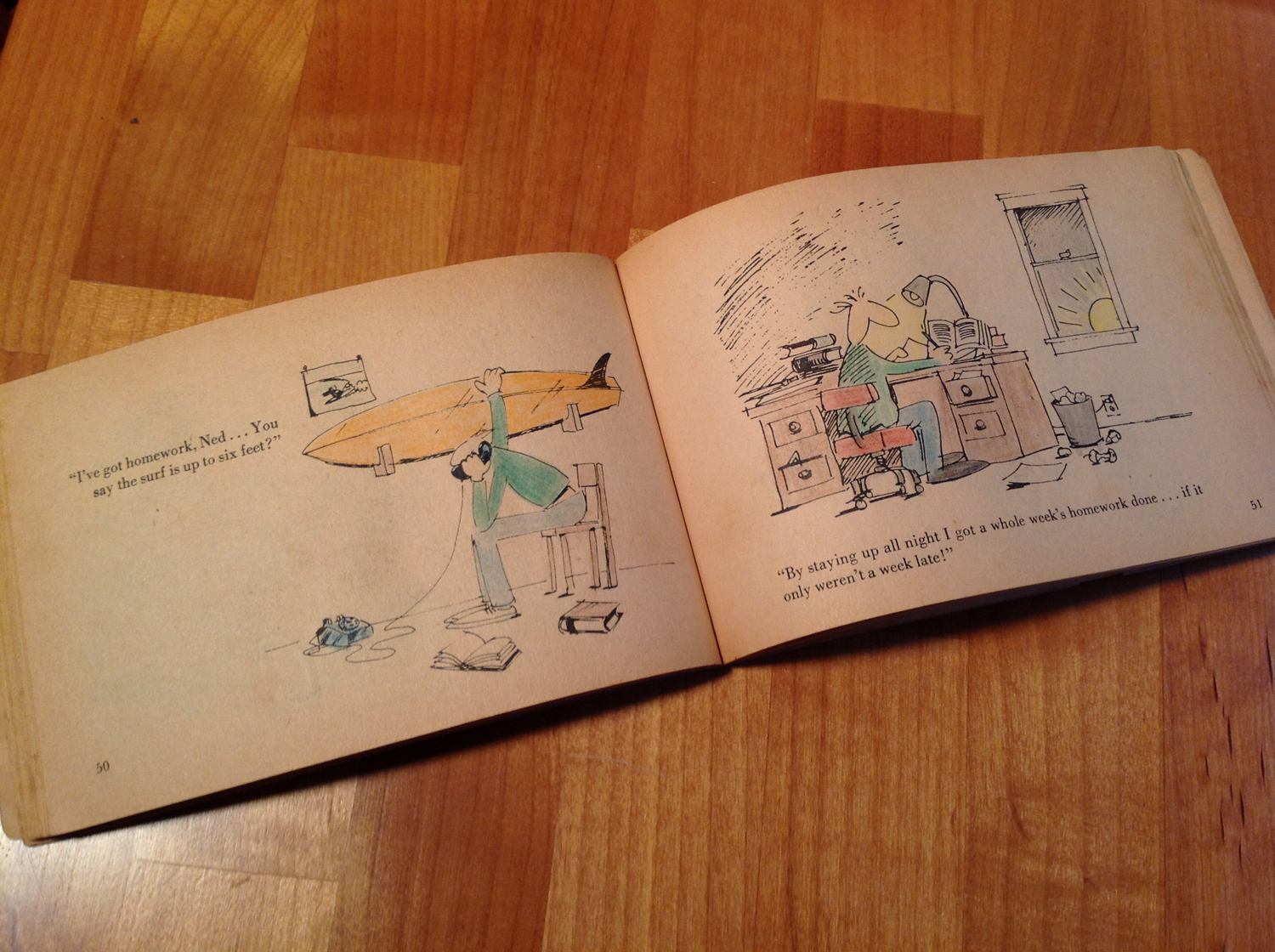 One of us kids took the liberty of coloring a lot of the gags (wasn’t me)… not a bad job, really… and there’s that old Plymouth. 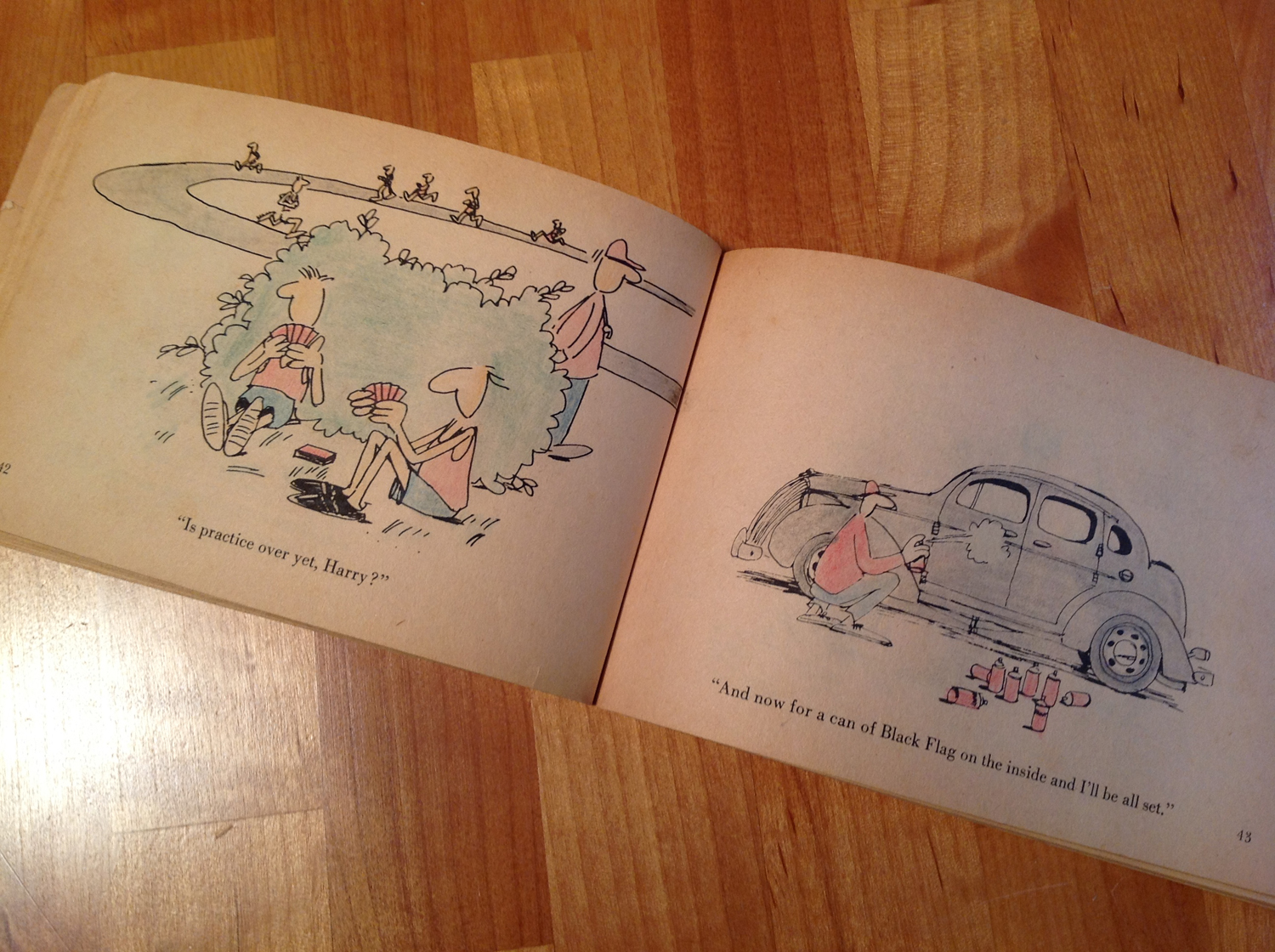 In yesterday’s post about C Minus above, I told you if I found out anything more about John R. Holm, I’d let you know… Jeepers. That was fast.

After a little Googling, I stumbled across an interview of surf painter John Holm on the Liquid Salt magazine site, which lead me to a website, and after an email or two, I made contact with a hero of mine.

The creator of C Minus is currently surfing and painting out in California after 40 years as an advertising art director. John reports, “I have returned to my alter ego ‘C-‘, the slacker/surfer, in my old age.” But scrolling through his paintings online, he’s hardly slacking. Jaw-droppingly beautiful work.

Now I have something more to admire about him…