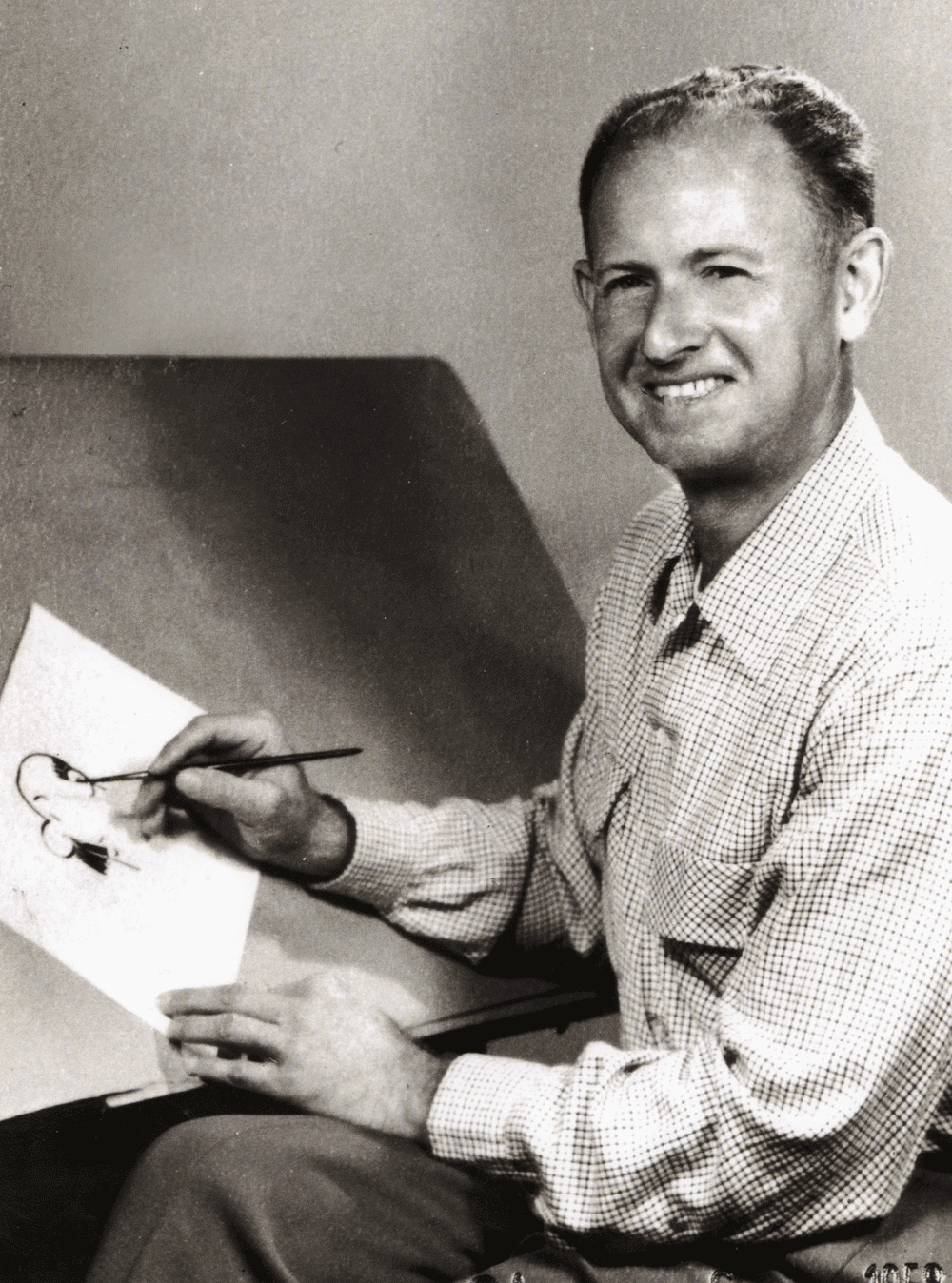 We have expanded our vintage archives! Many of our vintage strips now have archives that go back much further than one year. Enjoy! 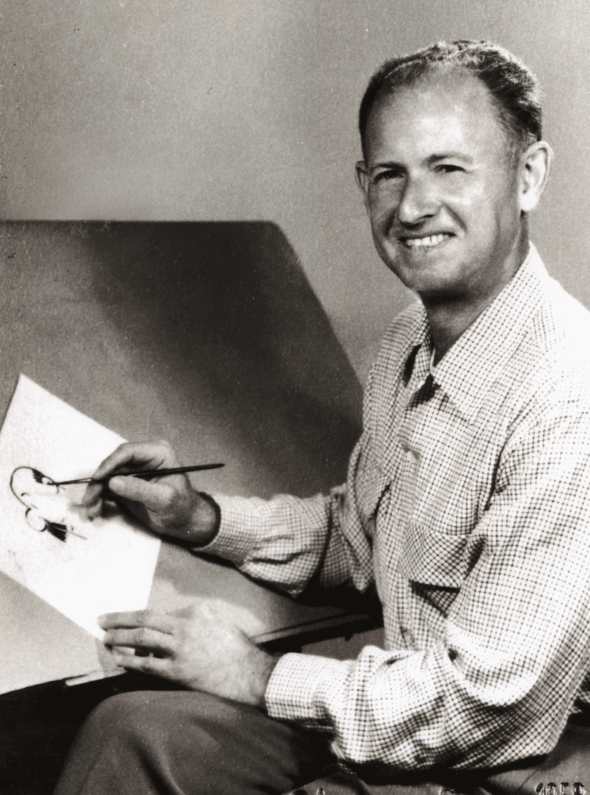 Last week, we looked at a little boy strip, so it’s only fair that we do the distaff side this time around. Last summer, I wrote a column about “Laugh It Off,” a panel drawn by Syd Hoff. (HERE)  Blogger “Pete” was reminded of an earlier Hoff series for King Features Syndicate, a strip about a gal named Tuffy. 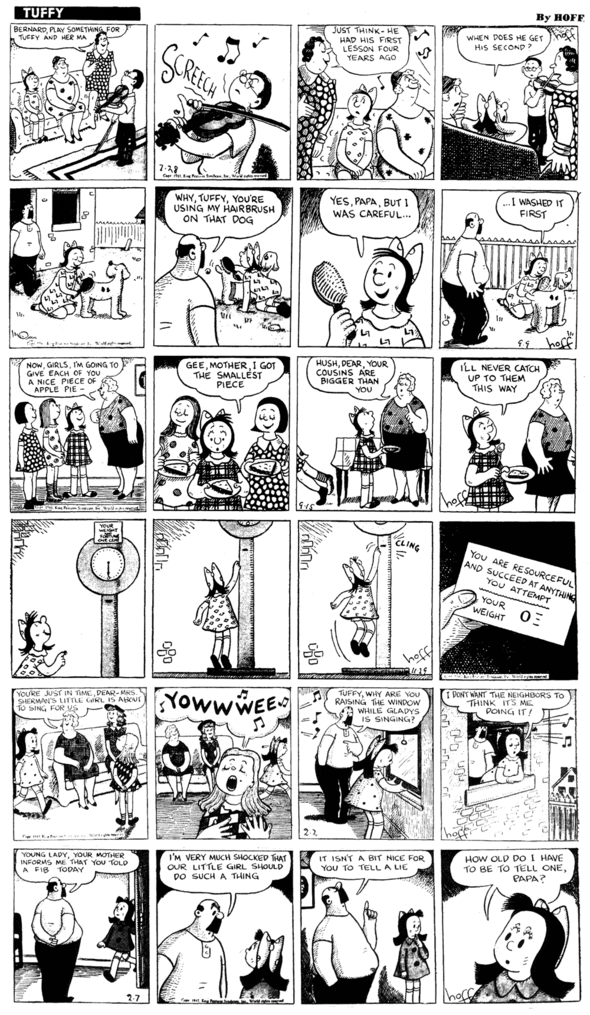 Tuffy Tiffle lived with her mother, father and older sister, Tessy. Her daily-only adventures were pretty much in well-established territory, joining such popular titles in the genre as “Little Mary Mix-Up” and “Nancy” over at United Features.  In promotional copy, Tuffy is  ...“a little girl who knows what she wants and manages to live up to her name.” Indeed, at the start, she seems prone to being bossy and punching, but she sweetened up very fast.  It would seem editors like nice girls instead of brats.  Perhaps, building on that thought, Hoff changed Tuffy’s looks as well. In the early weeks of 1942, she suddenly transformed from a big-headed, potato-nosed skinny kid to a rounder, small-faced kid with a button nose.  And just as abruptly, after about three months, she changed back to her original features. 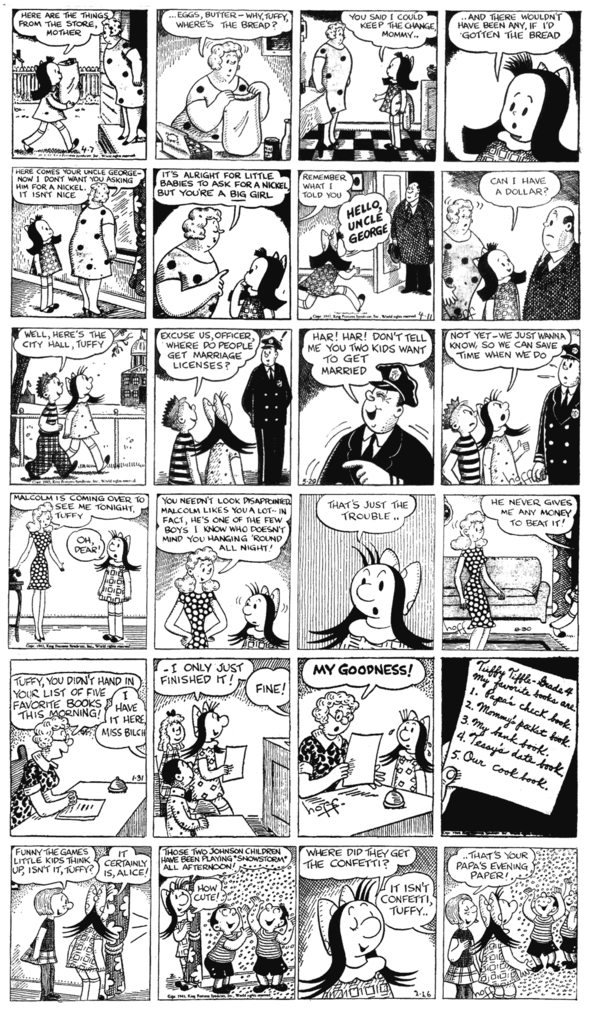 The setting for “Tuffy” was a city neighborhood, much like the one that Hoff himself grew up in. The themes were pretty ordinary: home and school humor. One unusual subject was Hoff seemed to have a lot of gags concerning Tessy’s beaus paying Tuffy a bribe to get lost while he spent some time alone with her sister in the family parlor. 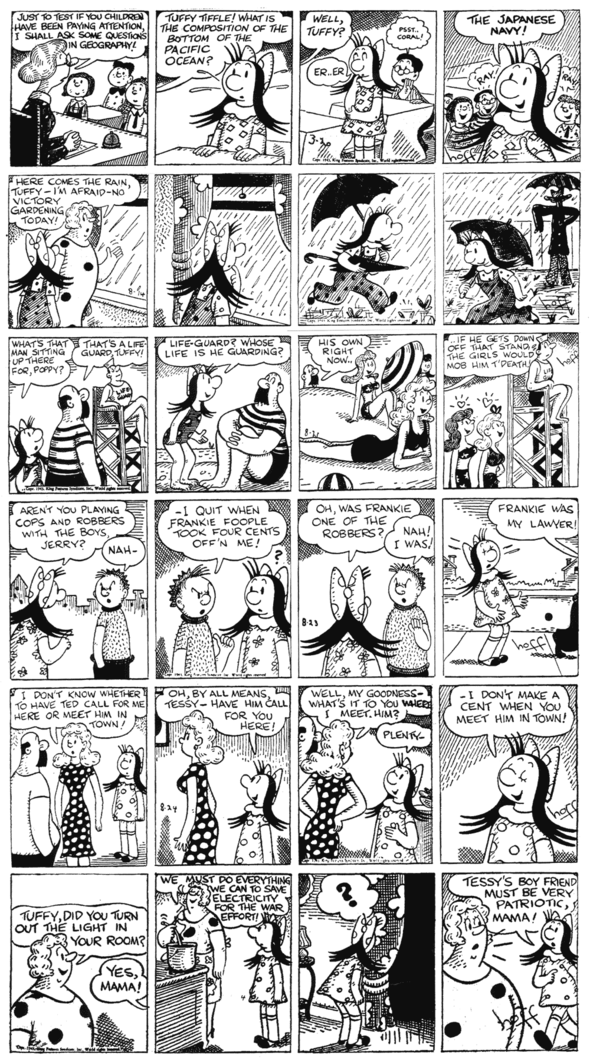 The strip lasted ten years, (6 May 1940 to 2 September 1950), never changing from its’ premise, outside of the mystery nose job.  The strip appeared in more than 800 newspapers in its heyday, but was never was considered a top title. Hoff was constantly at work with his magazine cartooning and book writing/illustrating anyway. Today, I show some “Tuffy” efforts from the World War Two years. 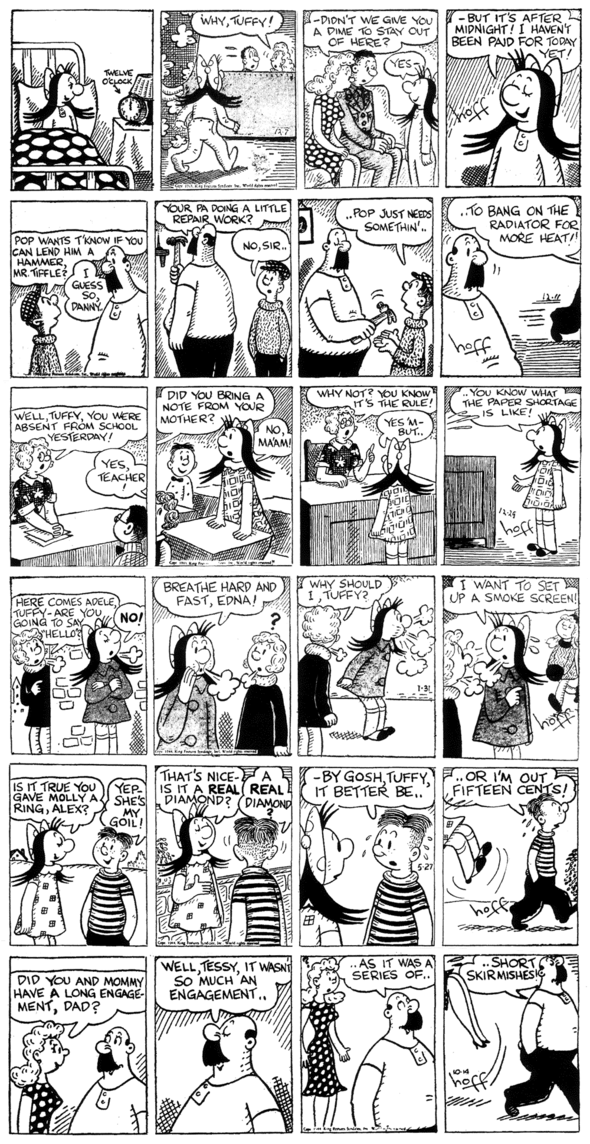