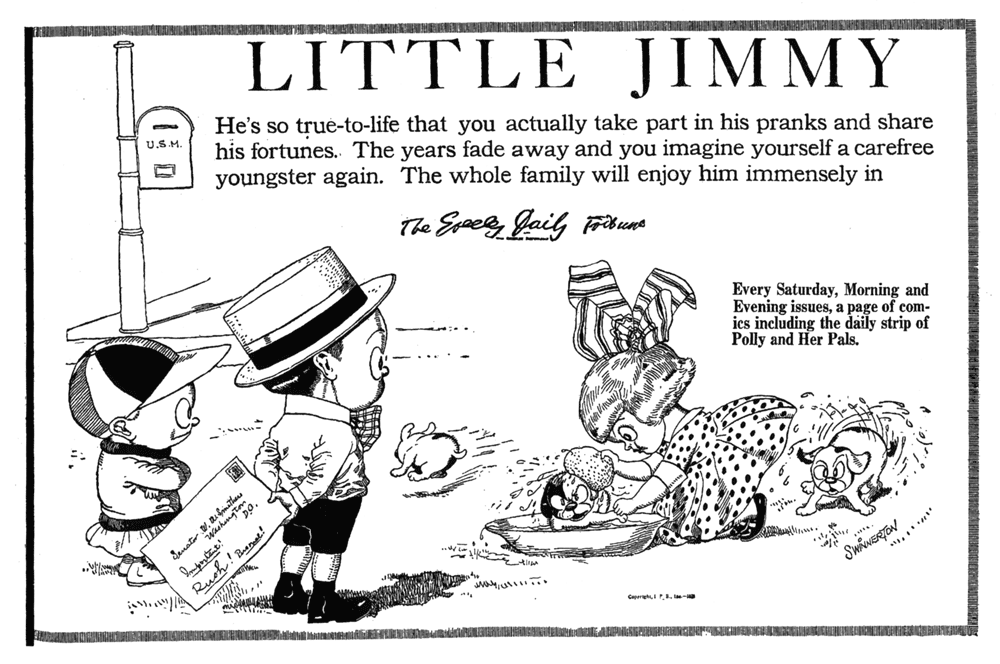 Here’s a strip that lasted many decades, was a big mainstream King Features title — yet is not talked about much anymore. “Little Jimmy” by James Swinnerton lasted an impressive 54 years, debuting 110 years ago this month. 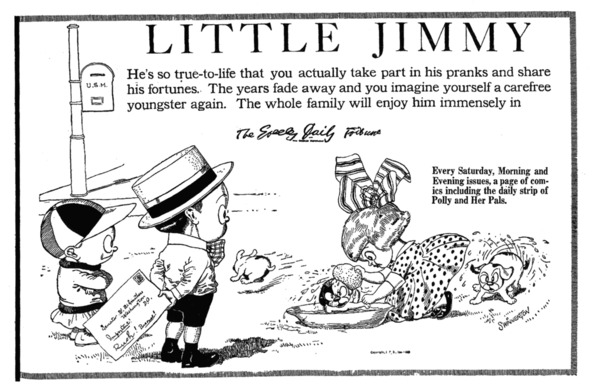 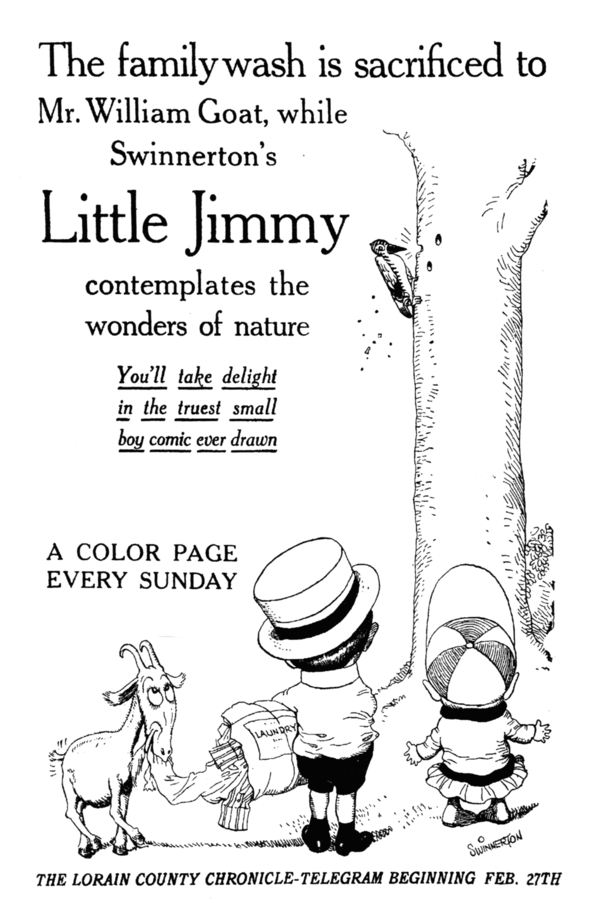 In those days, many strips were centered on one gag with endless variations on it. Jimmy’s happened to be about irresponsibility in the form of an almost non-existent attention span, evidencing itself only when his parents are depending on him, and usually in the form of an important errand. It didn’t matter how he was urged on with cries of, “Hurry! Hurry!”, or given a certain time limit. The slightest distraction derailed the mission. His failure to do as asked usually resulted in a humiliation or violent encounter for his father, who would go out looking for him while Jimmy found something fascinating to see or a game with his playmates, who included Pinkie, a bratty little boy still in a dress and a baseball cap, and his brother, an older boy in a long, striped sweater who often instigated trouble. 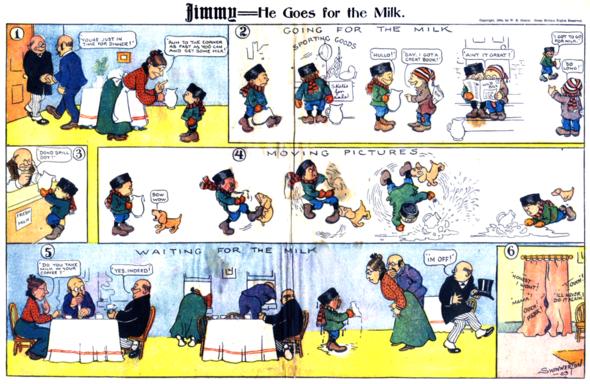 Jimmy’s family started out as working class, but very soon changed to very well off, complete with servants, automobiles and top hats.  Perhaps when such things are put in peril by catastrophes that Jimmy innocently puts in motion, it isn’t as serious as if the family couldn’t easily replace them.

The locale changed from big city life to the wide deserts and canyons of the great Southwest in the 1920’s, just as Swinnerton himself had moved there years before and fell for its arid charms.  But, I offer a few samples from the first twenty years of the series.

THEY MUST HAVE HAD TRAVELING SIDE SHOWS IN THE WINTERTIME IN 1905. 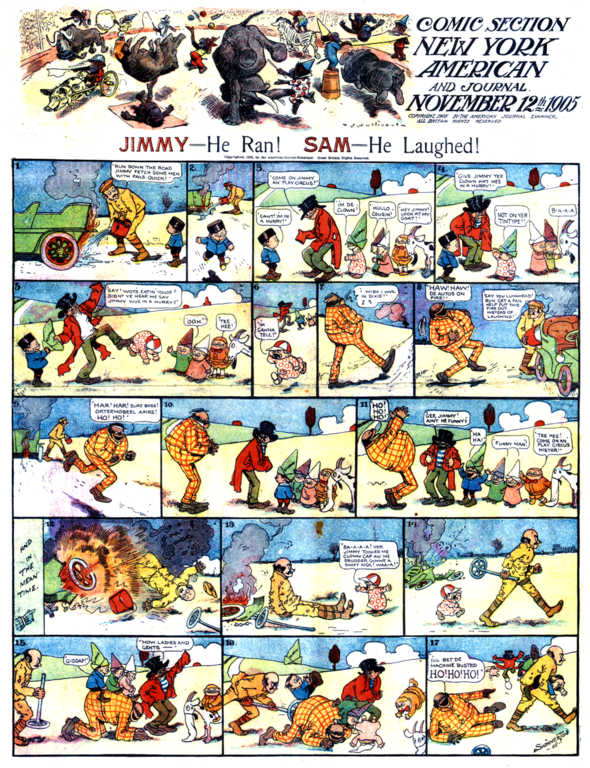 ANOTHER SWINNERTON CHARACTER, MR. BATCH, GETS CAUGHT UP IN THE HIJINKS. 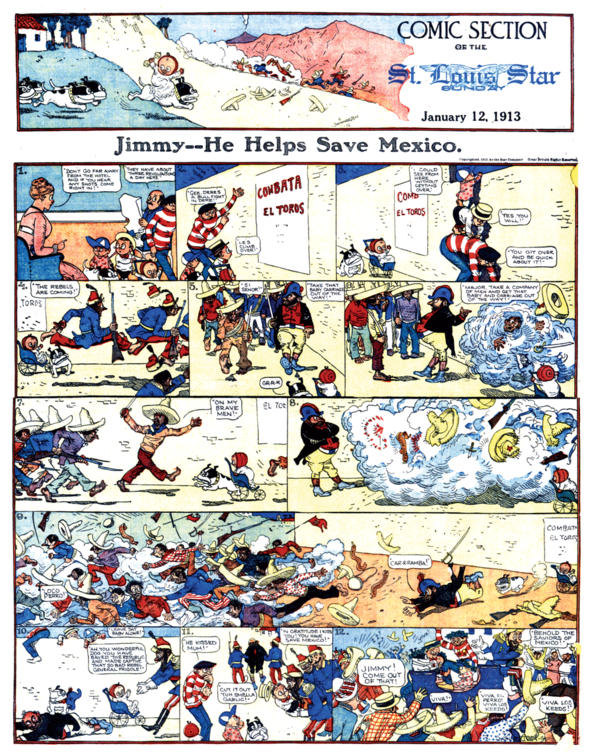 A TOPICAL EPISODE DURING THE MEXICAN REVOLUTION. 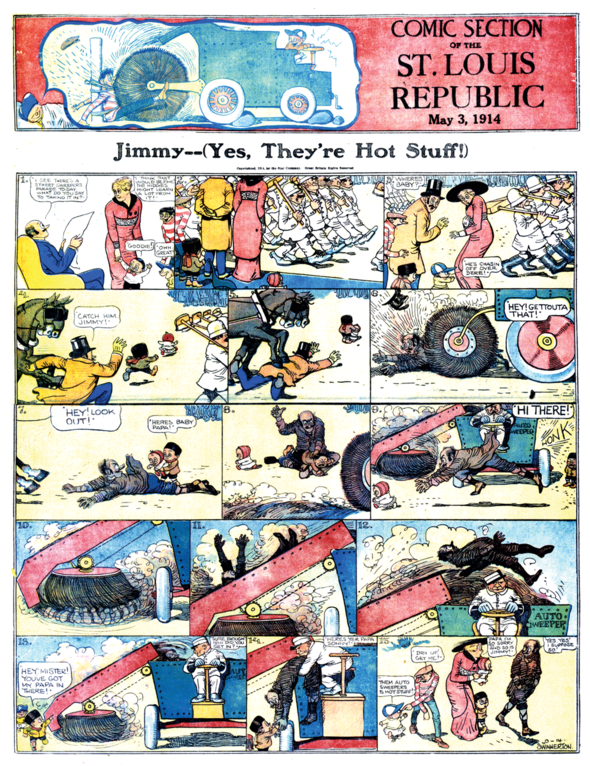 A TERRIBLE MEETING OF MAN AND MACHINE. 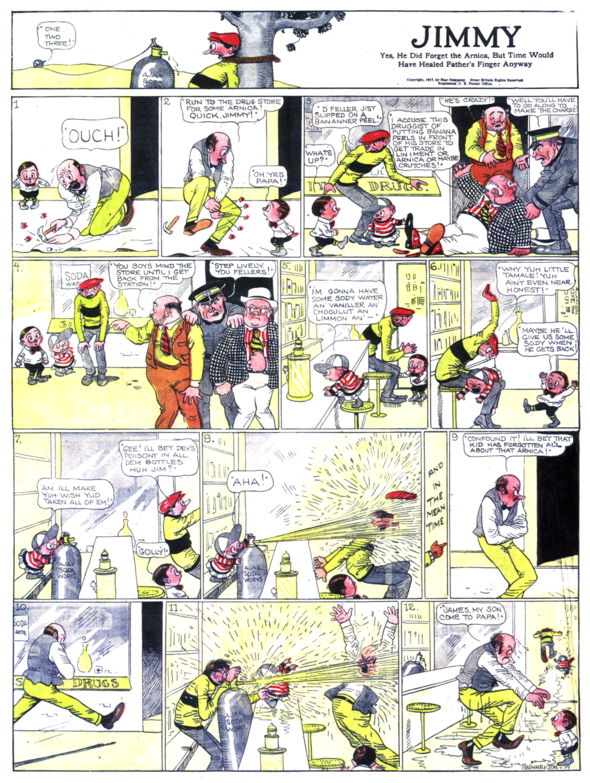 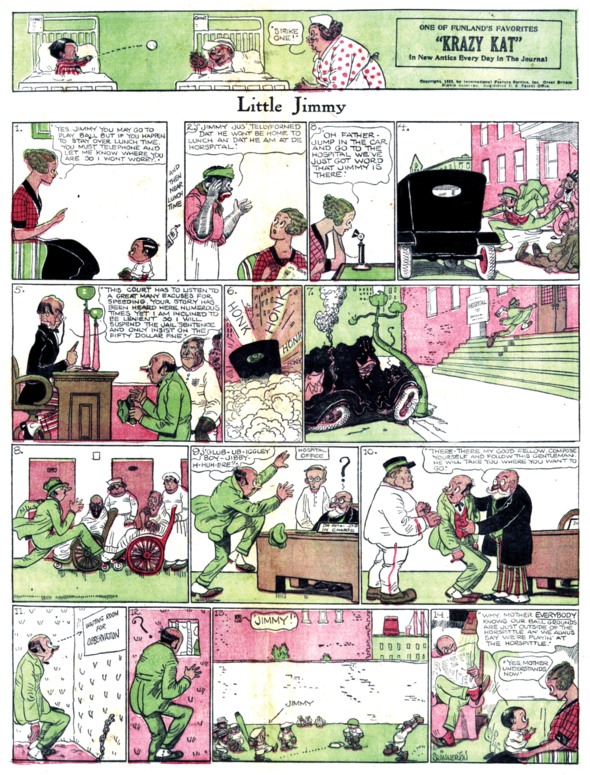 Big thanks to Cole Johnson for his help.

This week’s Reader Comments are light.

I  would like to do an entry on “Crock.”  I was thinking of doing one later this
year or perhaps for its’ anniversary next year. Thanks for the suggestion.