Ask the Archivist: POLLY AND HER PALS In Color

“Ask the Archivist” is a weekly feature in which we dig into some of King Features’ immense archives, guided by the KFS Archivist. This blog series runs on Thursdays as part of #throwbackthursday, and you can enjoy the Archivist’s archive of past posts here.

A hundred years ago this month, a new strip was added to the Hearst Sunday offerings, Cliff Sterrett’s  POLLY AND HER PALS. 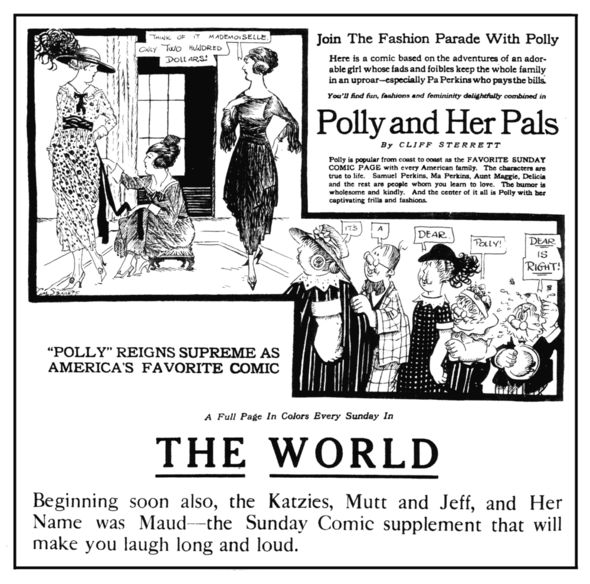 Sterrett (who would have been 130 years old today) had started over at the New York Herald syndicate about 10 years earlier, but Hearst brought him to our company in 1912, where Polly was created. Originally called POSITIVE POLLY, it depicted the adventures of a beautiful but headstrong young lady named Polly Perkins. Her father was really the star all along though, and the gag was usually about his embarrassment/bewilderment/loss of money at the hands of Polly or the other members of the household. They’re an upper class family, though Pa’s folksy appearance and corn crib dialogue would belie it. They have a large house, stalwart Japanese manservant and are chiefly concerned with parties, vacations, Polly’s boyfriends, and obnoxious relatives.

POLLY AND HER PALS became a mainstay of the King comics world for 43 years. The first Sunday is reprinted below, as well as  some other early efforts. Also, these photos allow you to take a little look into the various paper’s printing qualities in that era: one of the hazards of collecting old newspapers is that some don’t weather the years as well as others. 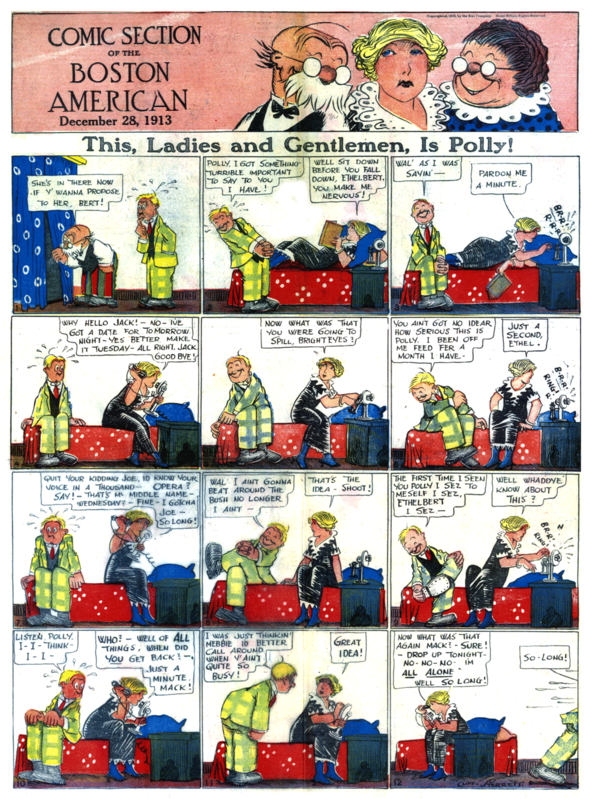 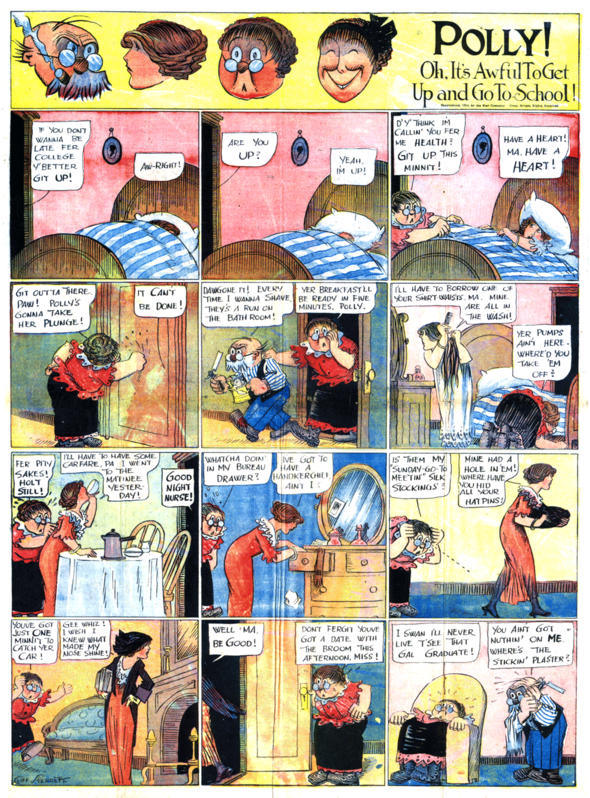 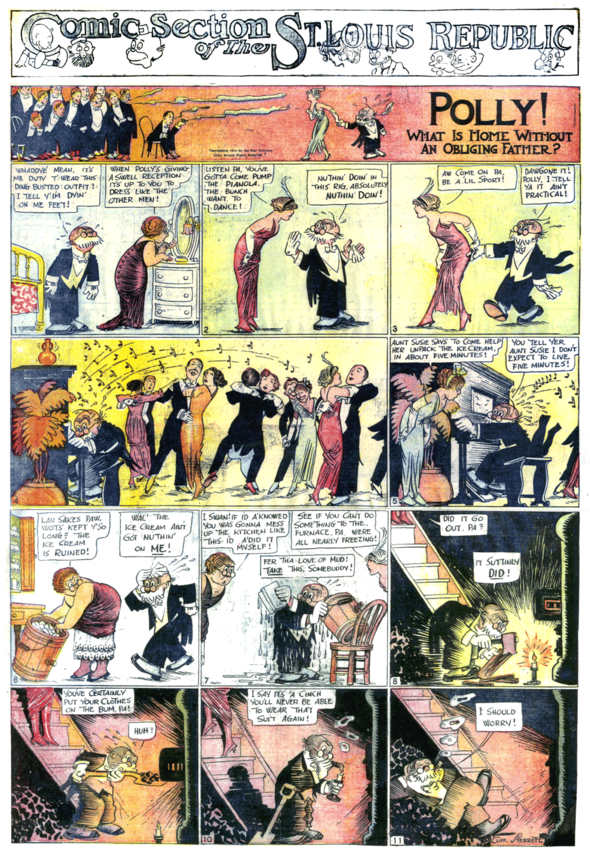 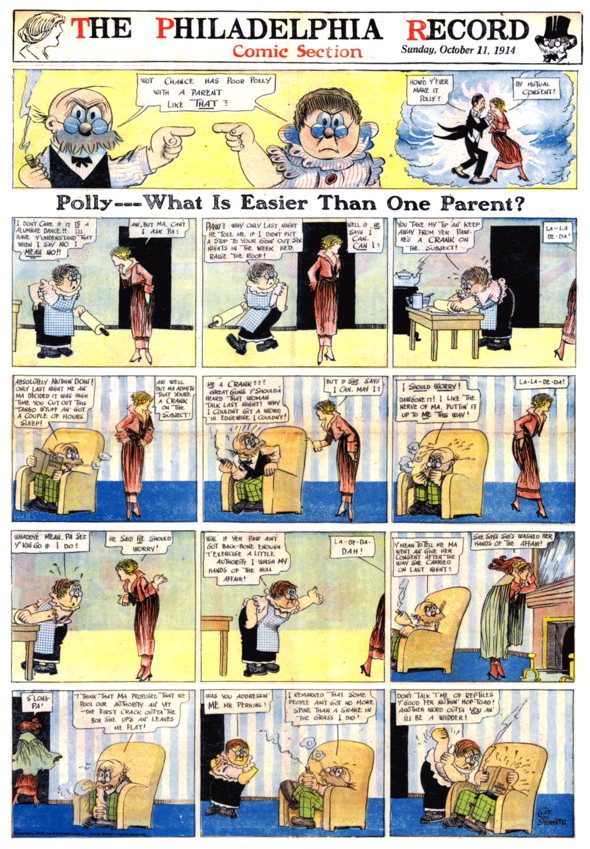 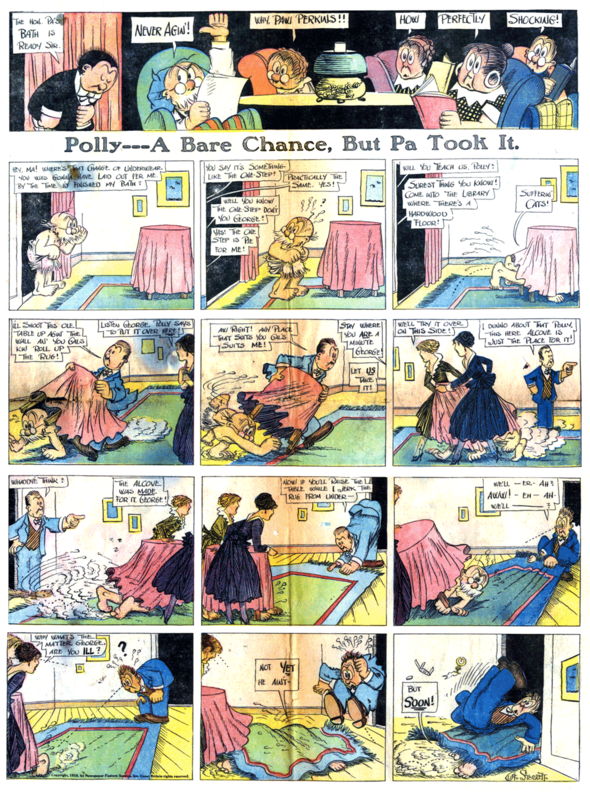 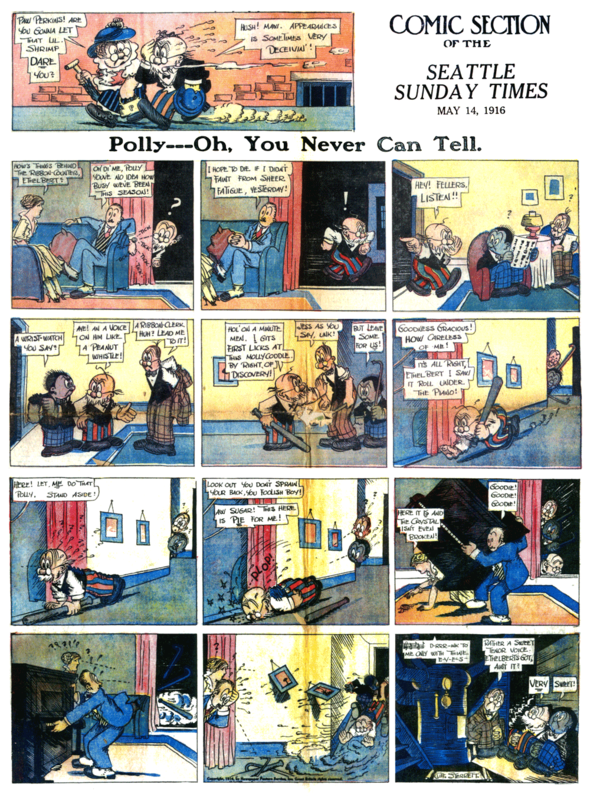 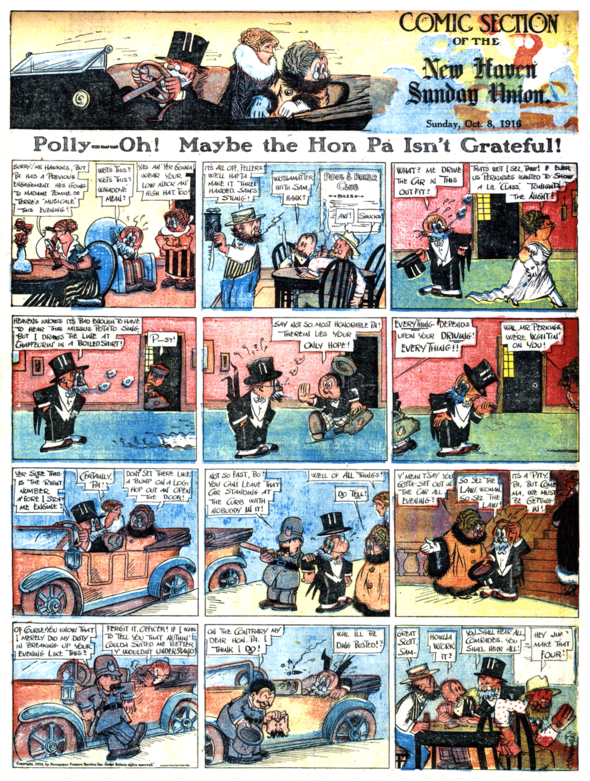 8 October 1916. One would think if a newspaper used such inferior color, they might at least get them in register, yet this was perfectly acceptable in many  papers right into the 1960s.