When Lee Falk created MANDRAKE THE MAGICIAN, he originally thought he might draw the feature as well as write it, but early on he realized his cartooning skills would not be equal to the task. Fortunately, he had been associated with an accomplished cartoonist back in hometown St. Louis, Mo., Phil Davis, and a creative team was formed. 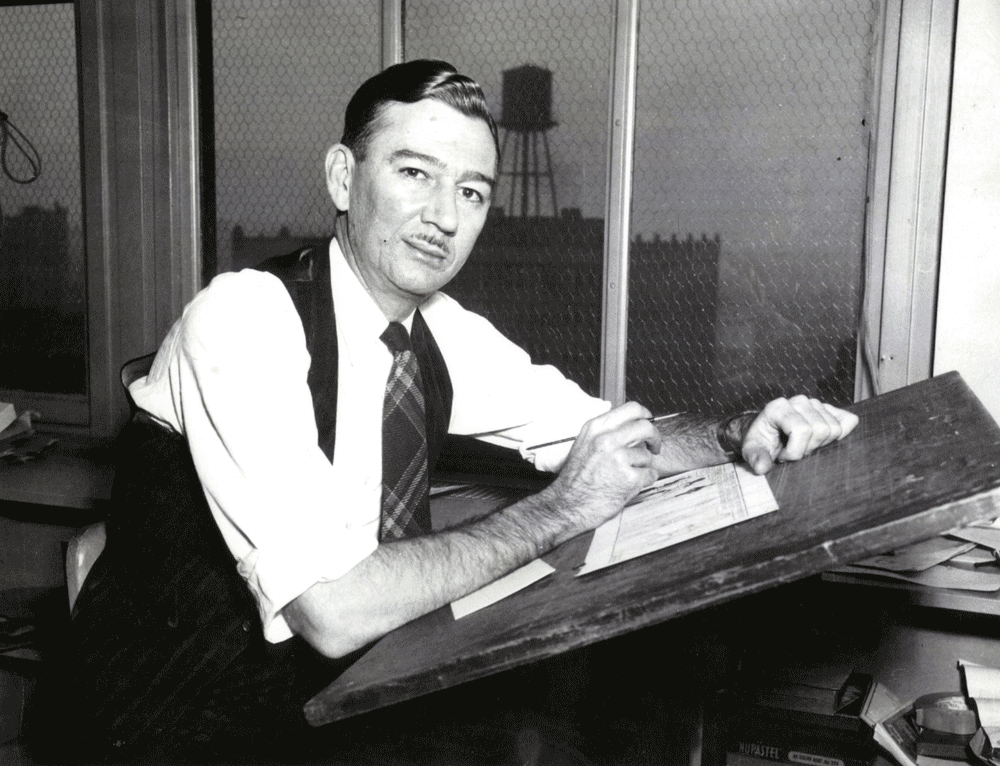 Phil Davis (1906-1964) was born in St. Louis, and had loved cartooning from childhood on. He eventually worked for the local telephone company art department and then as a staff cartoonist at the St. Louis Post-Dispatch, where he would eventually meet Lee Falk in the 1930s. Falk was a young advertising agency executive at the time. They got together a batch of sample strips showing the first Mandrake story (see here), and Lee took a train to New York to pitch the strip to King Features Syndicate. Of course, we liked what we saw, and Mandrake was launched in 1934.

Over the years, it’s been said that, due to the crudeness of the first weeks of the daily and Sunday strips, they were in fact artwork by Lee, and this may be true. The first two weeks are unsigned and are not the same style we know to be Davis’s. In fact, the first one signed by Davis is at the start of the third week, 25 June 1934. It’s much more fluid and professional. That episode and the rest of the week are the only episodes numbered, in this case 13 to 18, indicating that maybe Falk and Davis’s partnership was a hastily made arrangement, and there wasn’t time to have Davis redo the first two weeks in the lot that Lee would present to the syndicate. When the strip went into actual production, the numbers were removed from the first two weeks, but somehow left on the third.

Davis had a style that worked well for a pioneering science fiction series like Mandrake. He tended to make things look solid and weighted, and even in action scenes, a strange stillness and unexcitable expressions just added to the overall weirdness of the unearthly or incomprehensible story elements on view. 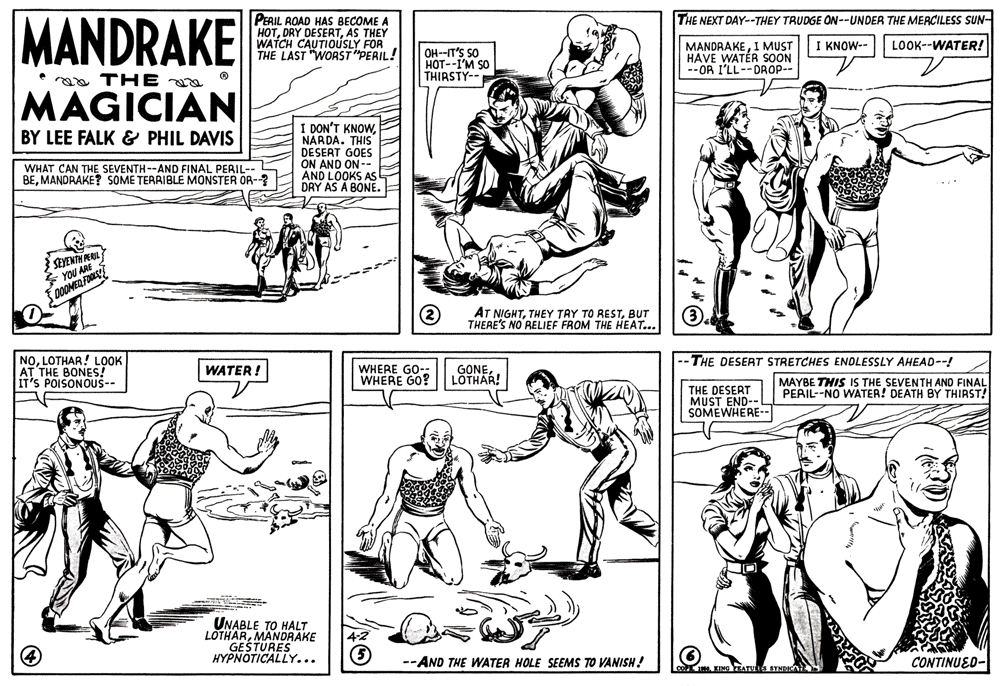 A sample of Davis’s theatrical posing from 1950.

Oddly enough, Davis stopped signing his work in 1942, but there might be an explanation for it in that he often had help. He married Martha Grocott (1908-89) in late 1934. She had a similar background, being an artist employed by the St. Louis Vandervoort department store doing fashion layouts. She worked until the war began then started assisting on the strip. In a way she continued her fashion career by creating Narda’s fabulous wardrobe. She was apparently so talented at faking her husband’s style she became virtually an uncredited partner.

Phil and Martha worked together on the strip until his sudden death in 1964. At that point, Mrs. Davis employed another local St. Louis artist to take up where Phil left off, but it was just a weak impersonation, and Lee felt a whole new style might be a better choice, so in mid-1965, Fred Fredericks took over. 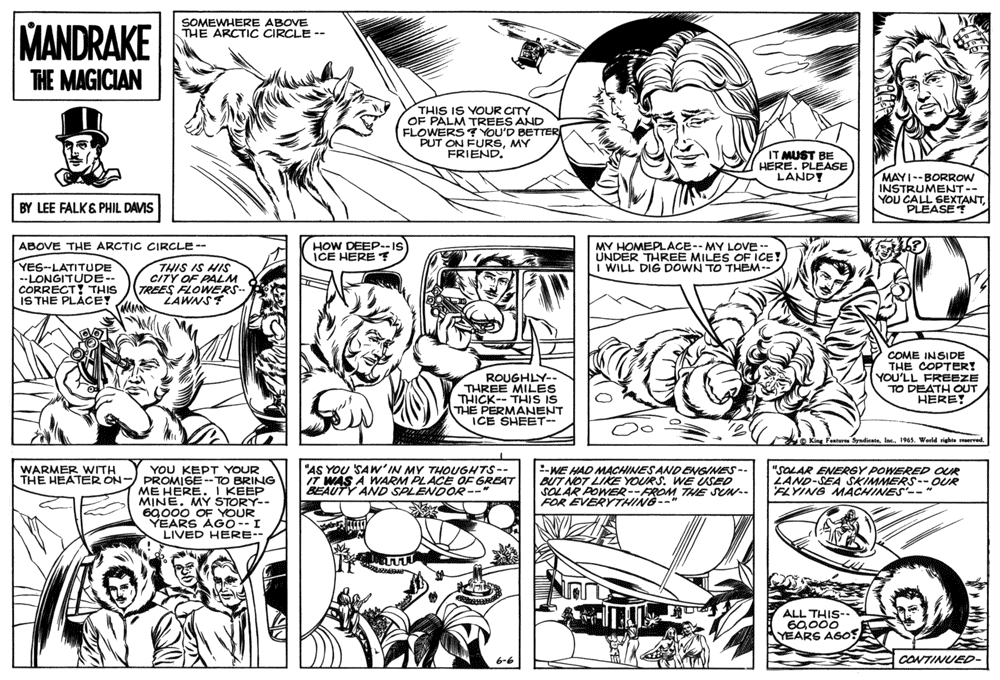 6 June 1965: The final strip with Phil Davis’s name on it, although it was mainly done by his wife, Martha.

An update to the date of the above strip is posted in the 10/16 Archivist post.

Yours,
The KFS Archive Man