Marceline was the boyhood home of Walt Disney and each year they remember and pay homage to their favorite son with a daylong festival, parade and other cartoony events drawing (pun intended) Disneyphiles and fans of comic art and animation from miles around. We met fans who drove in from Wisconsin, Iowa, Kansas City and St. Louis, many told us they’ve attended Toonfest for years.

By his own account, Walt’s happiest childhood memories were of his time in Marceline and the family farm there. Walt and his brother Roy visited several times in later life to premiere a movie and to dedicate some local landmarks.

Marceline’s main drag was the model for Main Street at both Disneyland and Disney World, and the town’s old train depot has been converted into the stunningly impressive Walt Disney Hometown Museum where we spent Friday night enjoying a lavish cocktail reception and dinner.

The small town Marcelinians (Marcelinites? Marcelinoids? Marcelinateers?) we met and befriended couldn’t have been more gracious.  Toonfest host and organizer, Kaye Malins, now lives in the renovated Disney family farmhouse. Cartoonists and special guests spent Saturday night celebrating under the stars there (and later stood in Walt’s boyhood bedroom in silent awe). The Disney house also kicked off the weekend on Thursday evening with cocktails, before we took a horse-drawn wagon ride to dinner at the historic Taylor farm nearby — welcomed by another Toonfest organizer, Chris Ankeney.

We cartoonist guests also participated in two symposiums, one for 400 local high school art students and one for the general public, each followed by Q & As and autograph sessions.

Highlight of the weekend? — being honored as one of four grand marshals in the annual parade along with Steve, Stephen and Sandra. We rode, waved and threw beads down “Main Street USA” then turned around to parade back up Main Street again (it isn’t a very long street). Afterward, each cartoonist guest was ceremoniously presented with a framed piece of bark from Walt Disney’s “Dreaming Tree.”

The Dreaming Tree was a beloved, giant cottonwood tree on the Disney farm young Walt would play in and lie under to daydream, gazing at its branches for inspiration. Sadly a couple years ago, a lightning strike killed off the already-ailing old tree.  But the huge trunk remains and a new tree, rooted from one of the original’s seeds, was planted nearby to replace it — locals call it, “Son of Dreaming Tree.”

I’d heard about Toonfest from other cartoon guest alumni over the years at National Cartoonist Society gatherings and always wanted to go. We’re so happy to have been invited to an unforgettable time and place (shout out and thanks to Paul Fell).

Ears to you, Marceline! 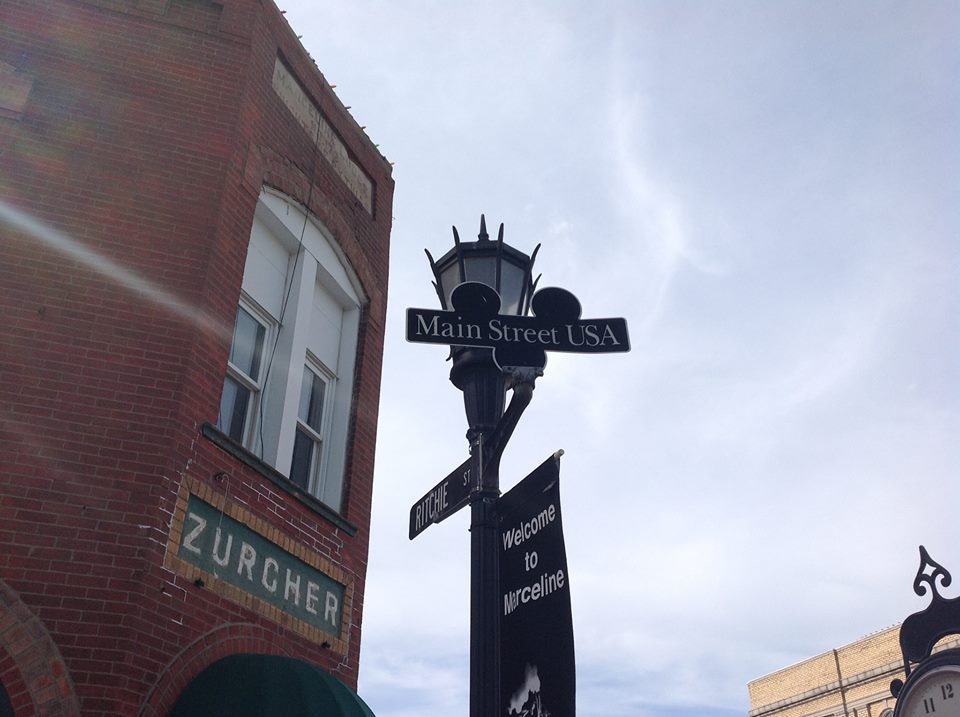 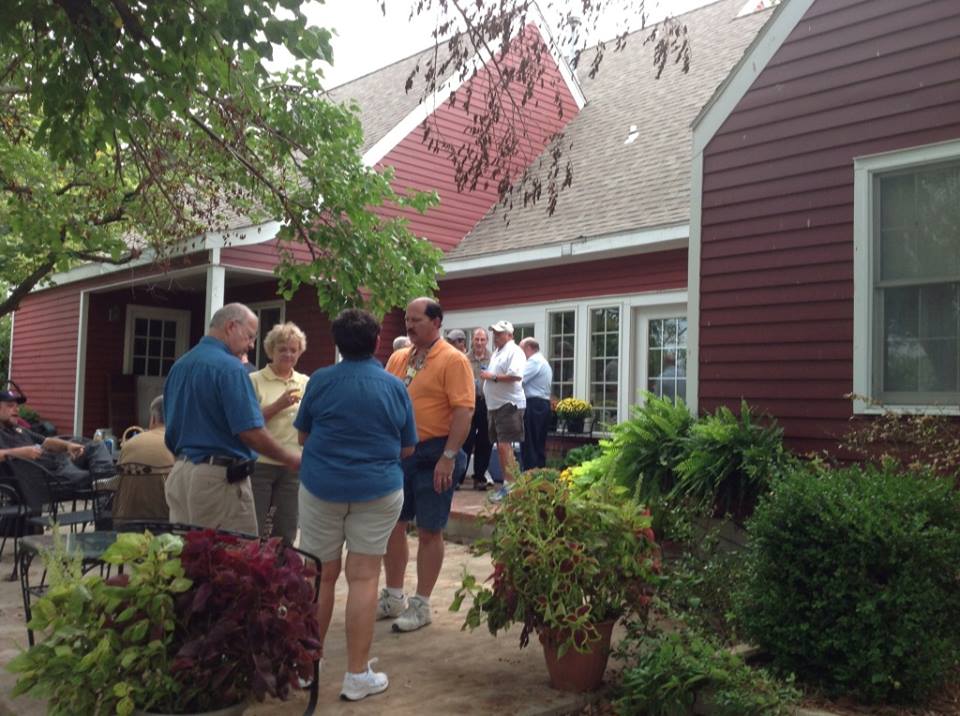 Small town America bus service — On the way to dinner at the historic Taylor farm. 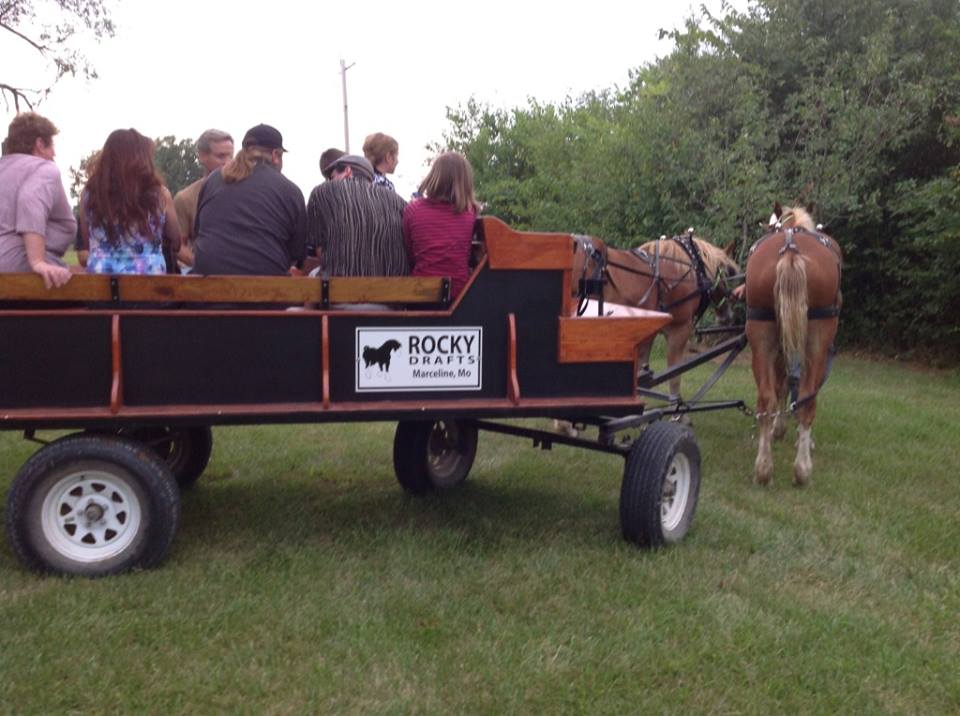 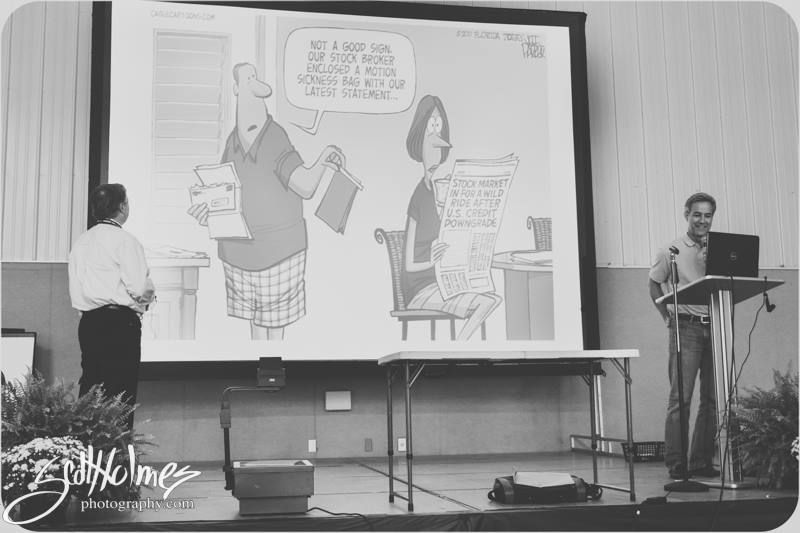 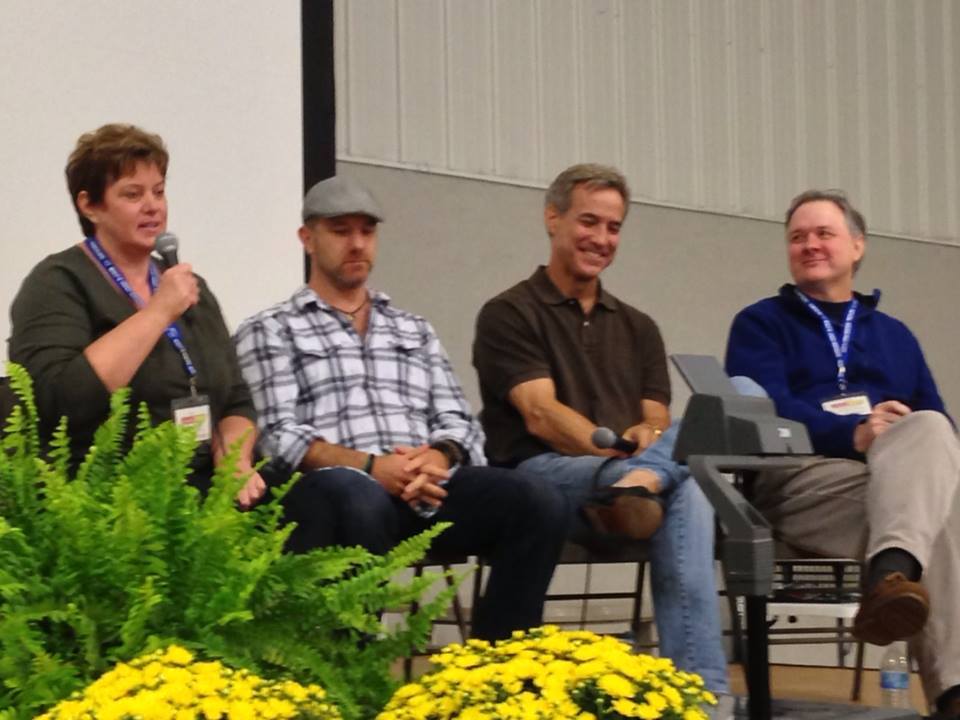 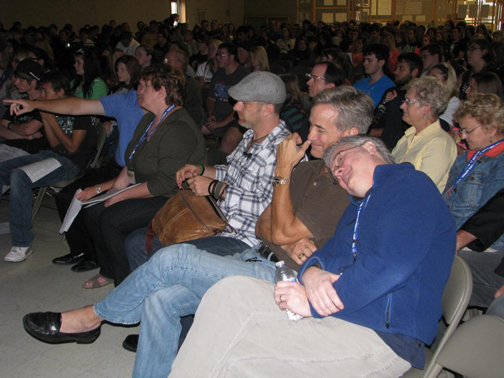 Developing a mean case of writers’ cramp while signing cartoons for the kids. (photo courtesy Toonfest) 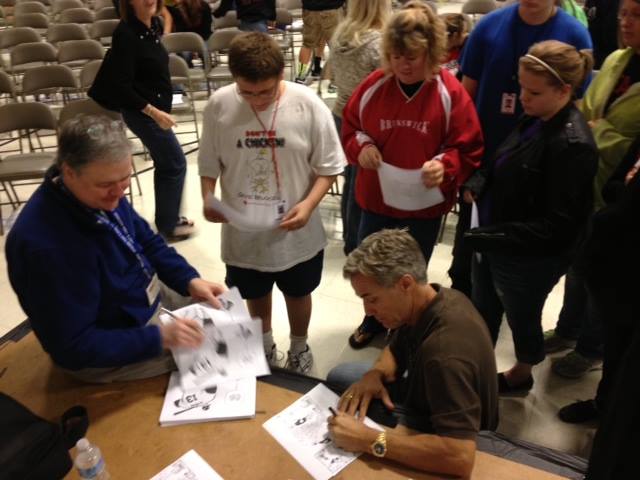 Walt Disney’s grade-school desk — one of the highlight exhibits at the amazing Walt Disney Hometown Museum — Walt carved the intitials “W.D.” into the desktop. 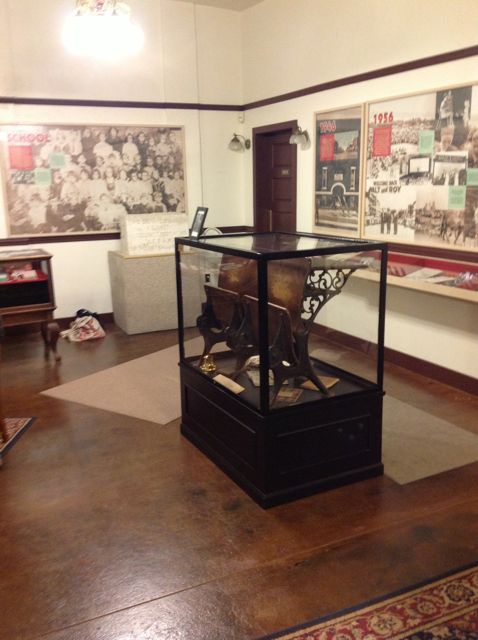 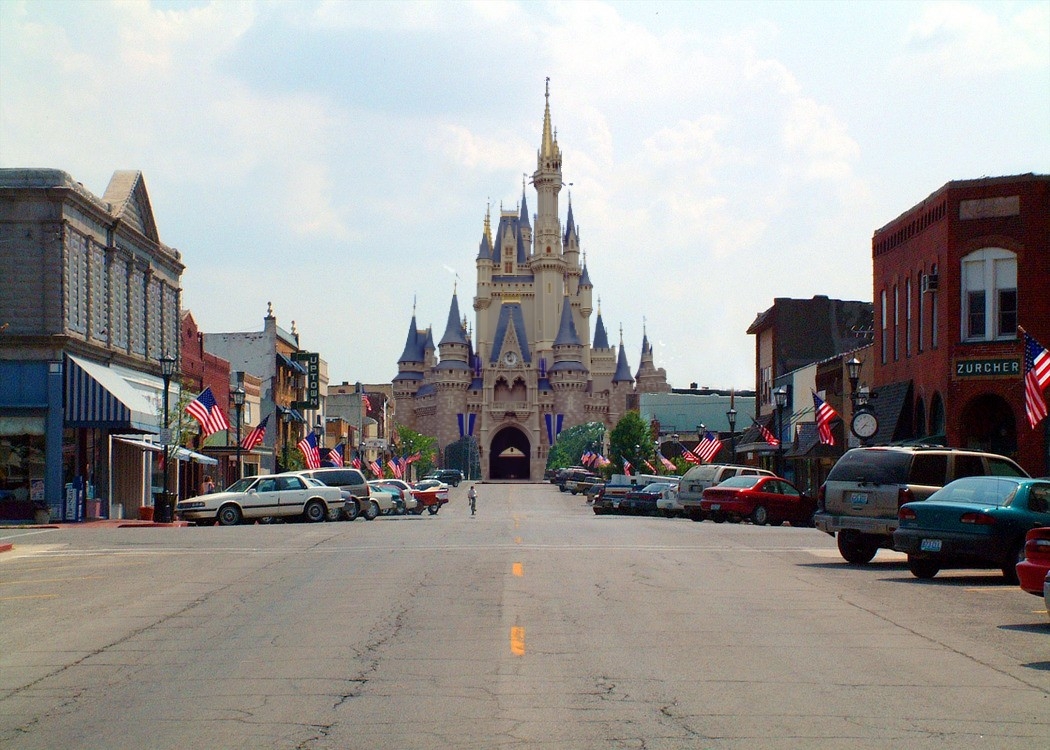 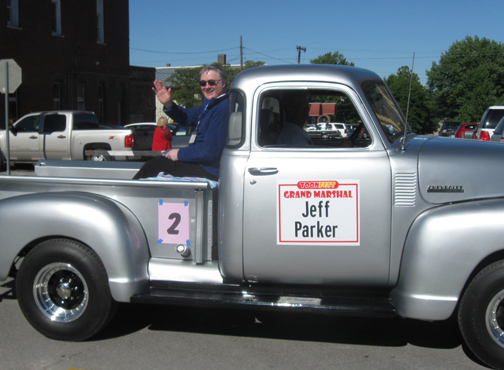 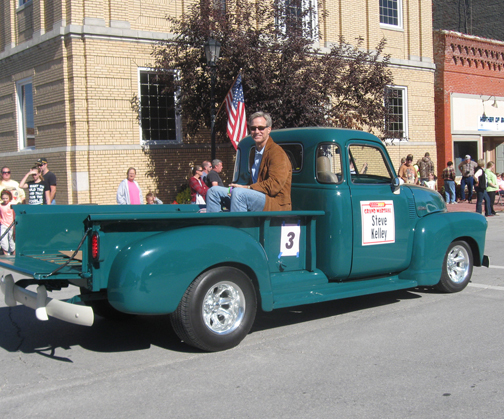 Steve is presented with a piece of the Dreaming Tree. (photo courtesy Linn County Reader) 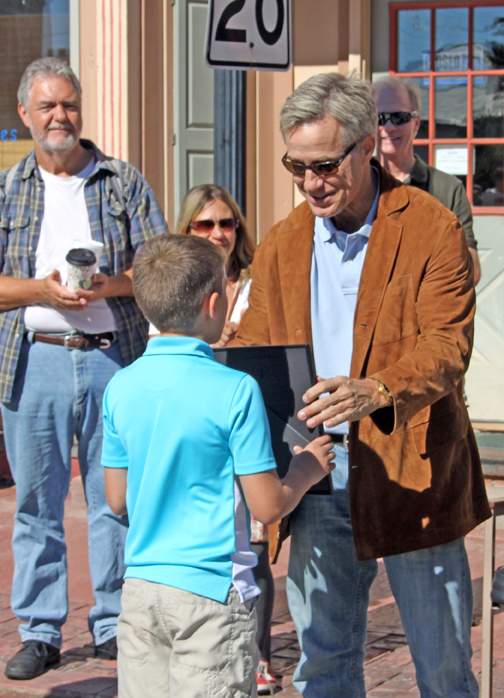 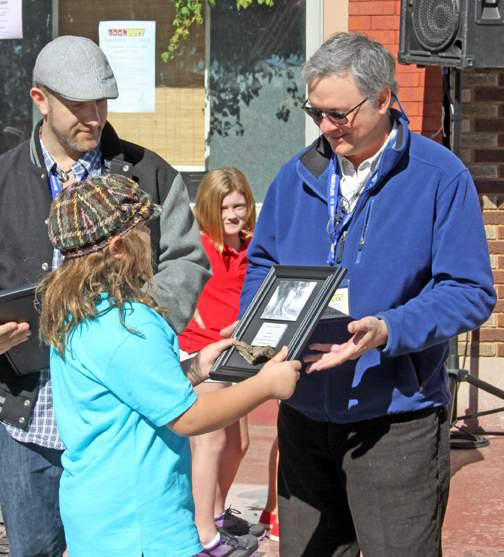 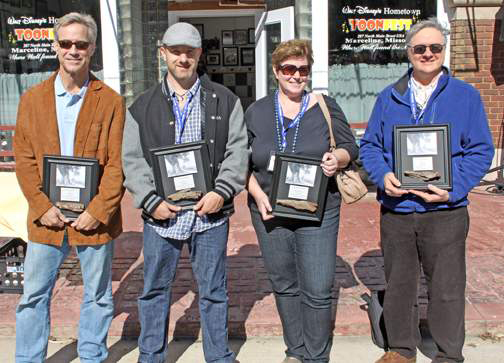 Steve decorates the walls of the Toonfest organization’s office. 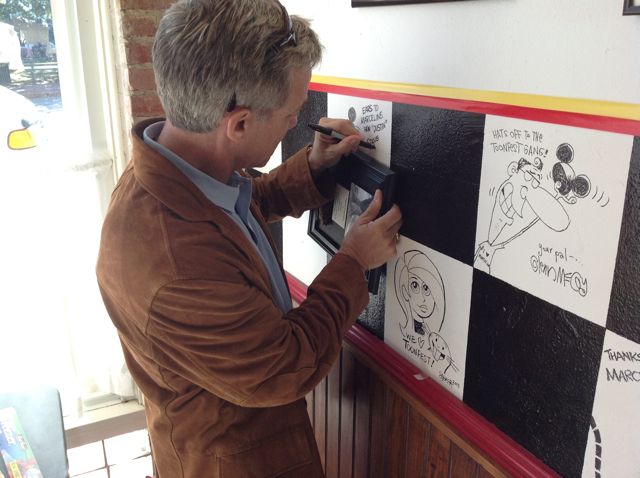 Gathering for the Dreaming Tree ceremonies on Saturday night (that tall sapling in the background is “Son of Dreaming Tree”). 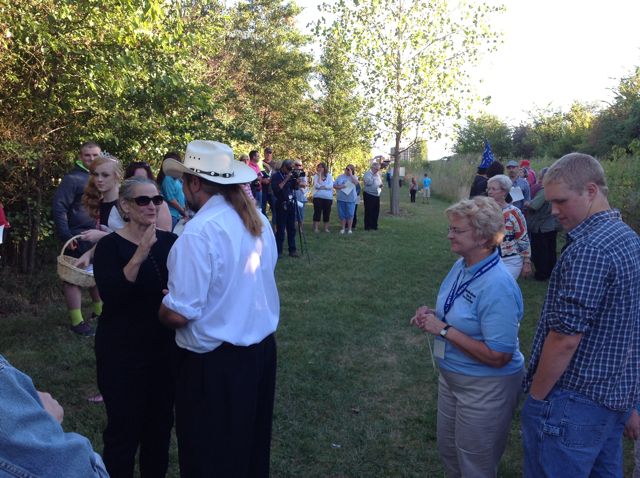 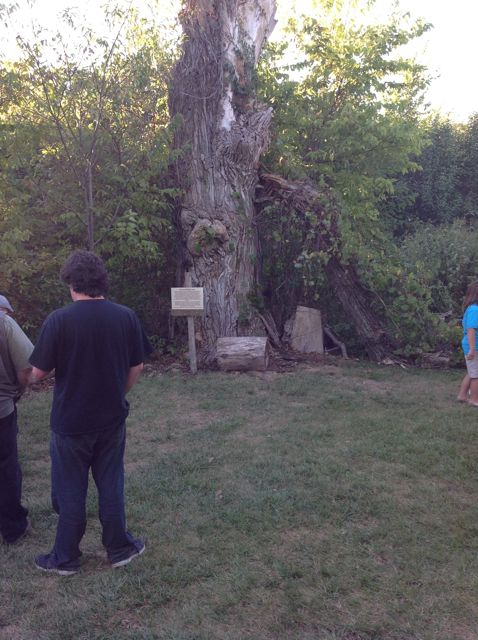 Drawing on one of the last open spaces in the well-graffitied Disney barn. 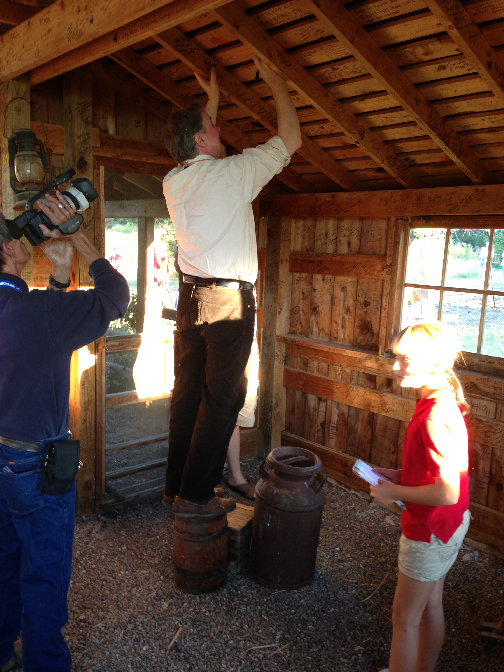 After I made a small mistake, Steve asked if I needed some wood-out. 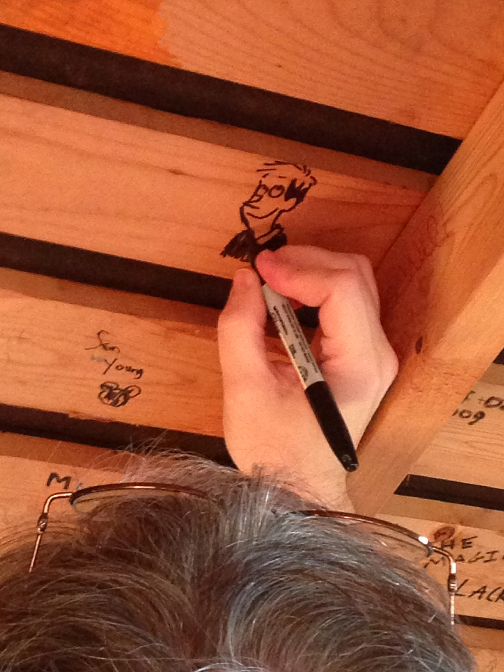