Ask the Archivist: “LAUGH IT OFF”

Welcome to today’s “Ask the Archivist” post. This week is full of laughs, which are similar to Laffs that I shared last week.

This is about LAUGH IT OFF, another weekday King Features Syndicate offering of one panel gags. However, this series was done by only one man, Syd Hoff (1912-2004), who was one of the foremost gag cartoonists of his time and well known for his contributions in The New Yorker.

Hoff’s career took him practically everywhere a cartoonist could go, from children’s books and advertising accounts to TV panel shows and novel writing. At one time, he worked for the communist newspapers The Daily Worker and New Masses to mainstream outlets like Esquire and Playboy, and of course, King Features Syndicate. He created a strip for King Features, TUFFY, in the 1940’s. However, LAUGH IT OFF was a real success, lasting nineteen years, from 1958-1977.

The gags were funny and unsentimental, often centering on crime or tensions of married life. He didn’t have official characters, but settled for archetypical types and situations which are often the mainstays of gag panels. One thing that separated LAUGH IT OFF from other syndicate panels was its’ size. It was tiny, thumbnail-sized and could easily fit into a one-column space. Some newspapers even ran it on the cover, next to the weather or table of contents. 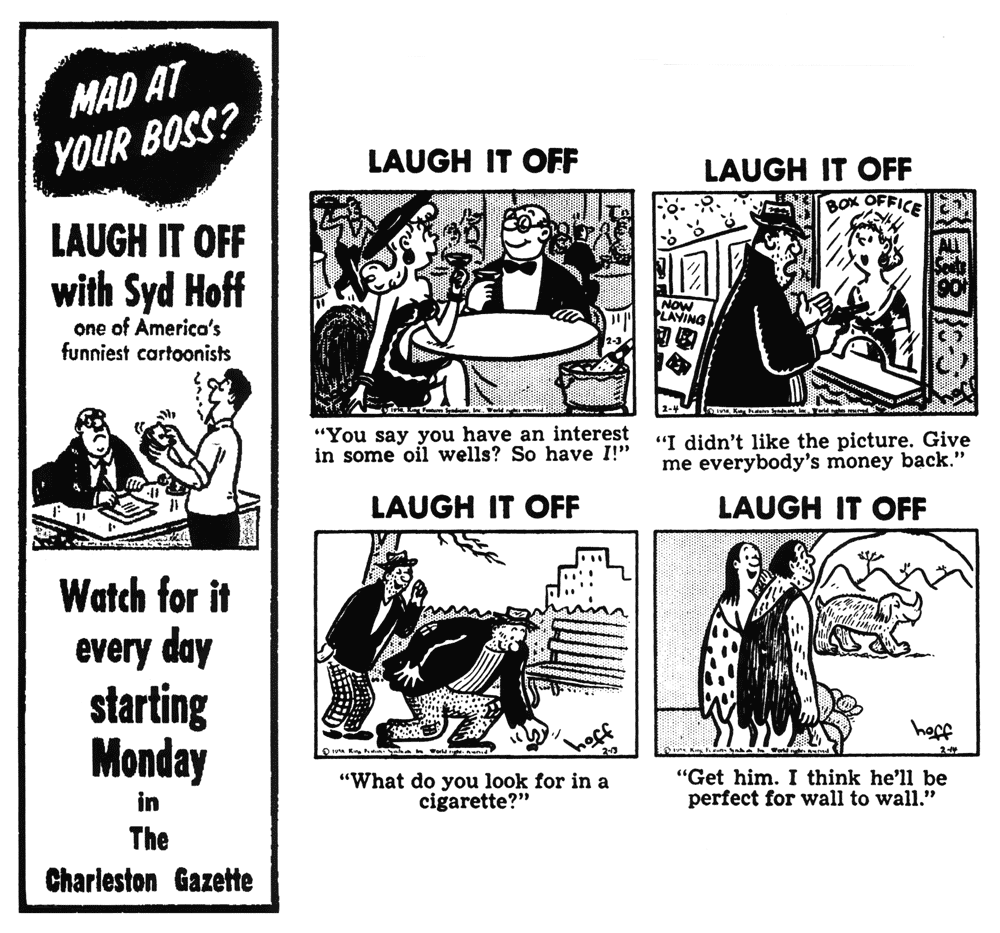 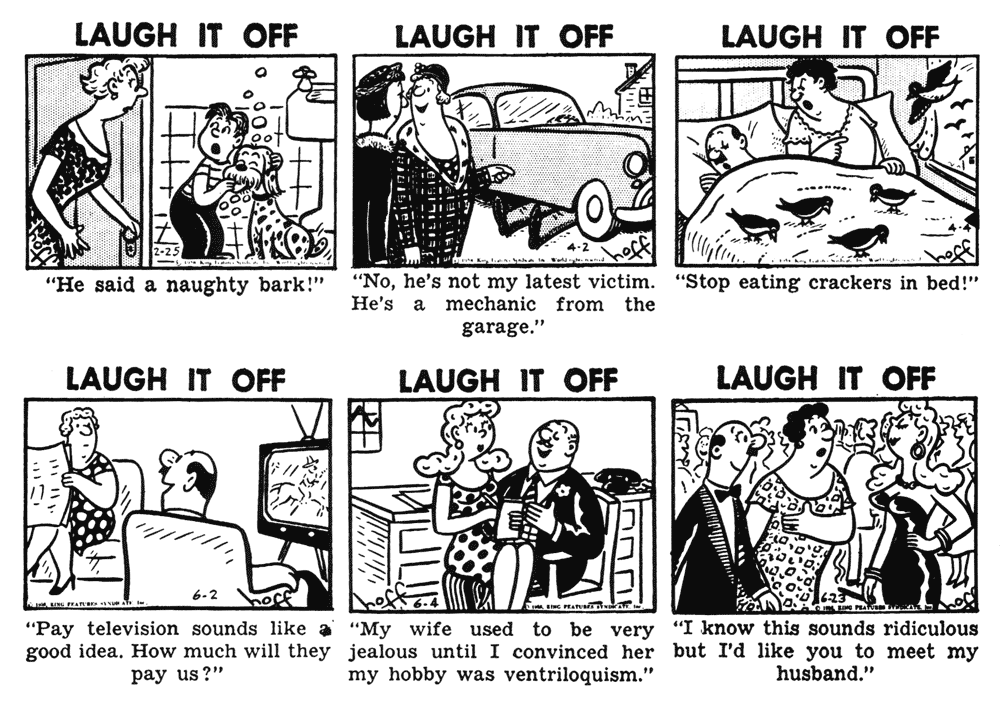 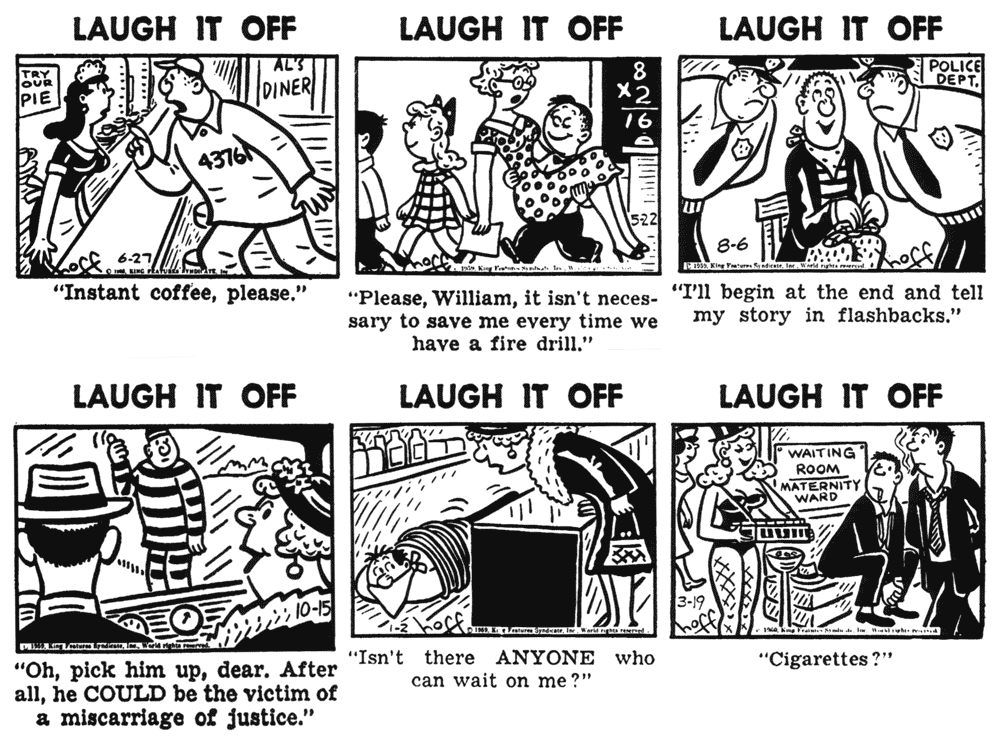 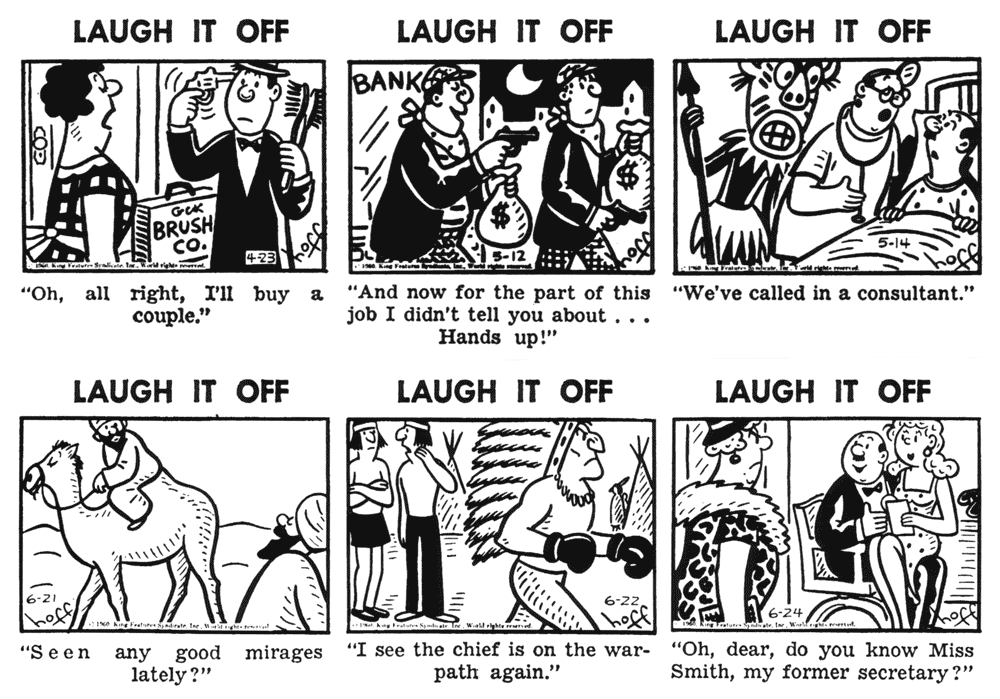 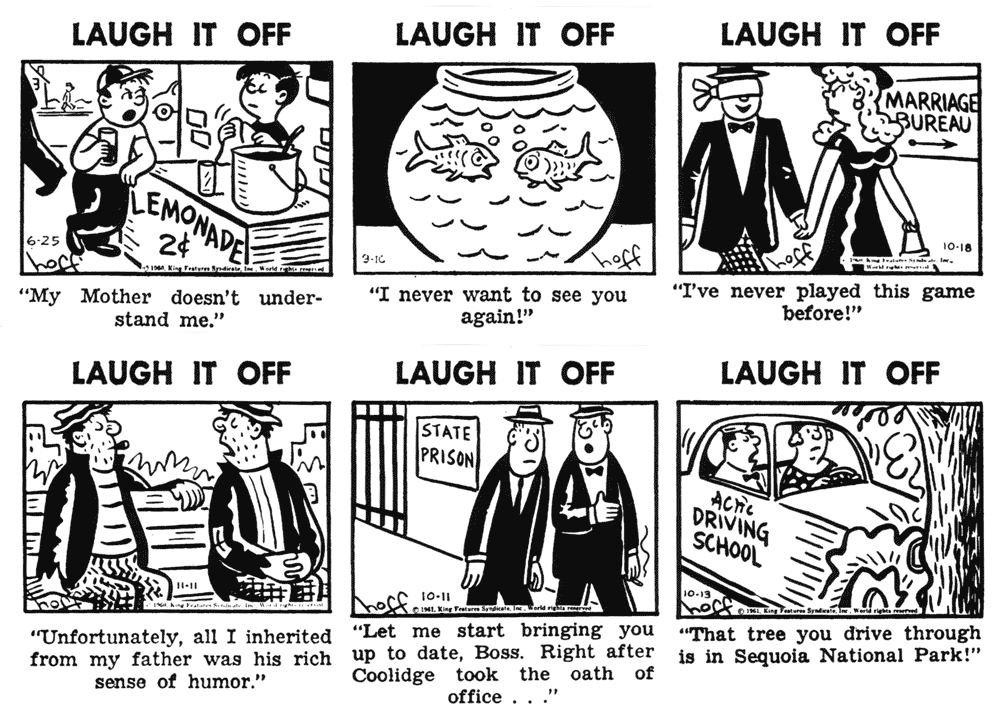 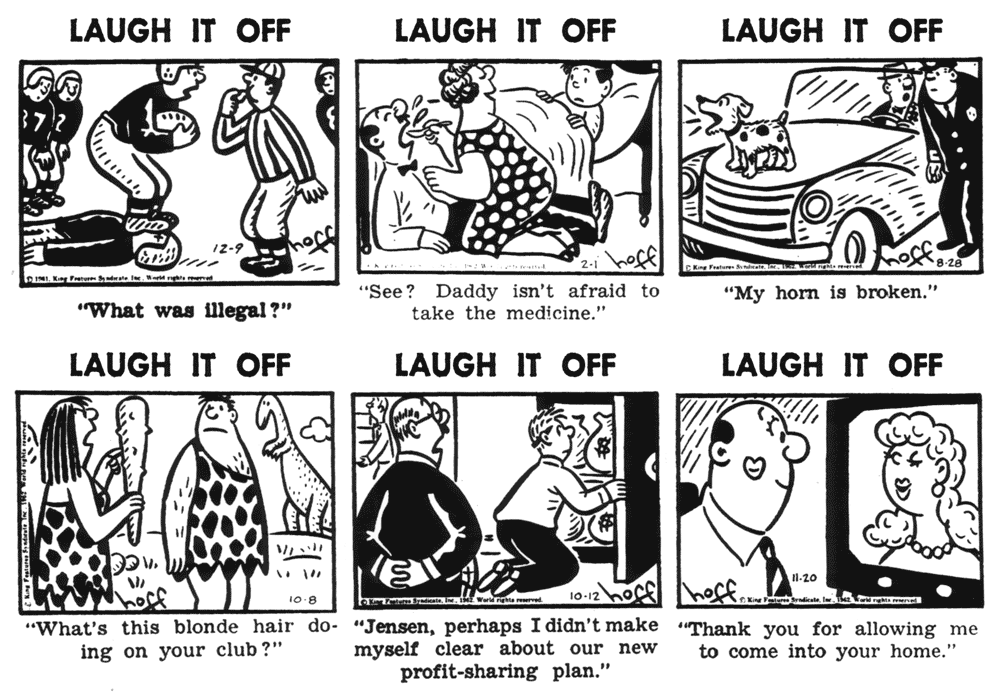