Have You Got The Face For Radio? 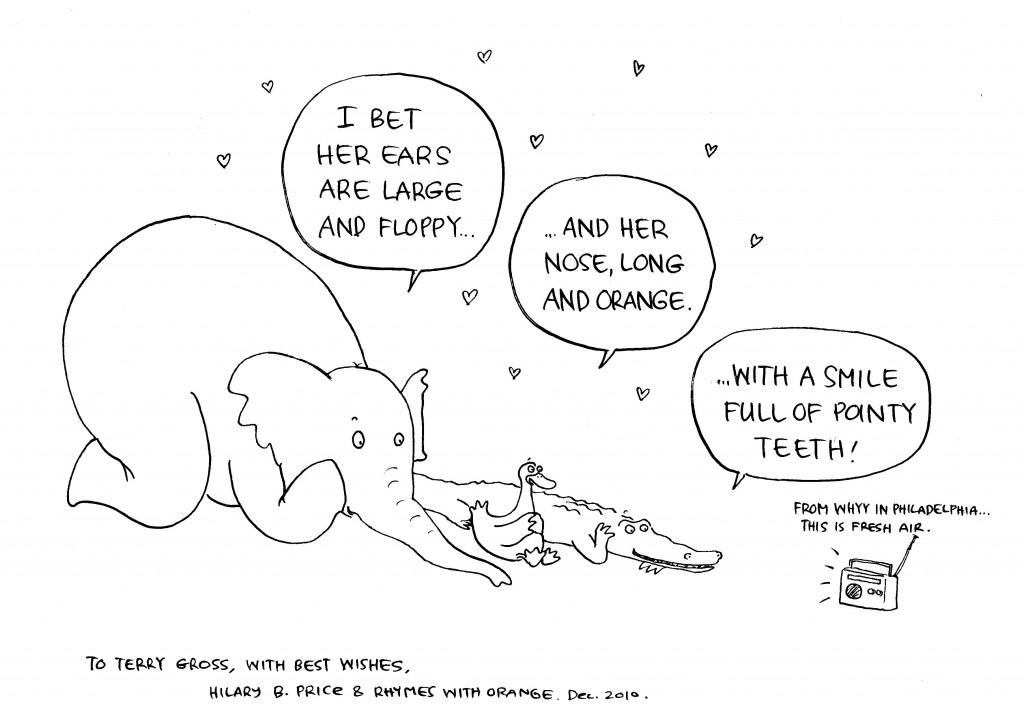 Before the internet, before I saw a picture of Terry Gross, I pictured her with frosted blond hair, a tan and red shellacked nails. She spent her nights taping Fresh Air sitting on a high stool in a dimly lit room with a microphone hanging in front of her and a sound board at her fingertips.

In my mind, she was a “Cougar” before the term “Cougar” existed.

Competence is attractive. Radio voices, like Terry Gross’, are a funny Rorschach test that tells us what our own brain thinks competence looks like. How did you envision Terry?

I was asked to do a special cartoon just for her when a comics website I was part of was launching and they were hunting for media attention. I remembered my early experience of her as some kind of ideal, and then thought about how she would fit into other people’s personal notions of what sexy/competent looks like.

I haven’t looked up what Chana Joffe-Walt (from NPR’s Planet Money) looks like, because my brain is certain she’s the spitting image of Fiona Apple.