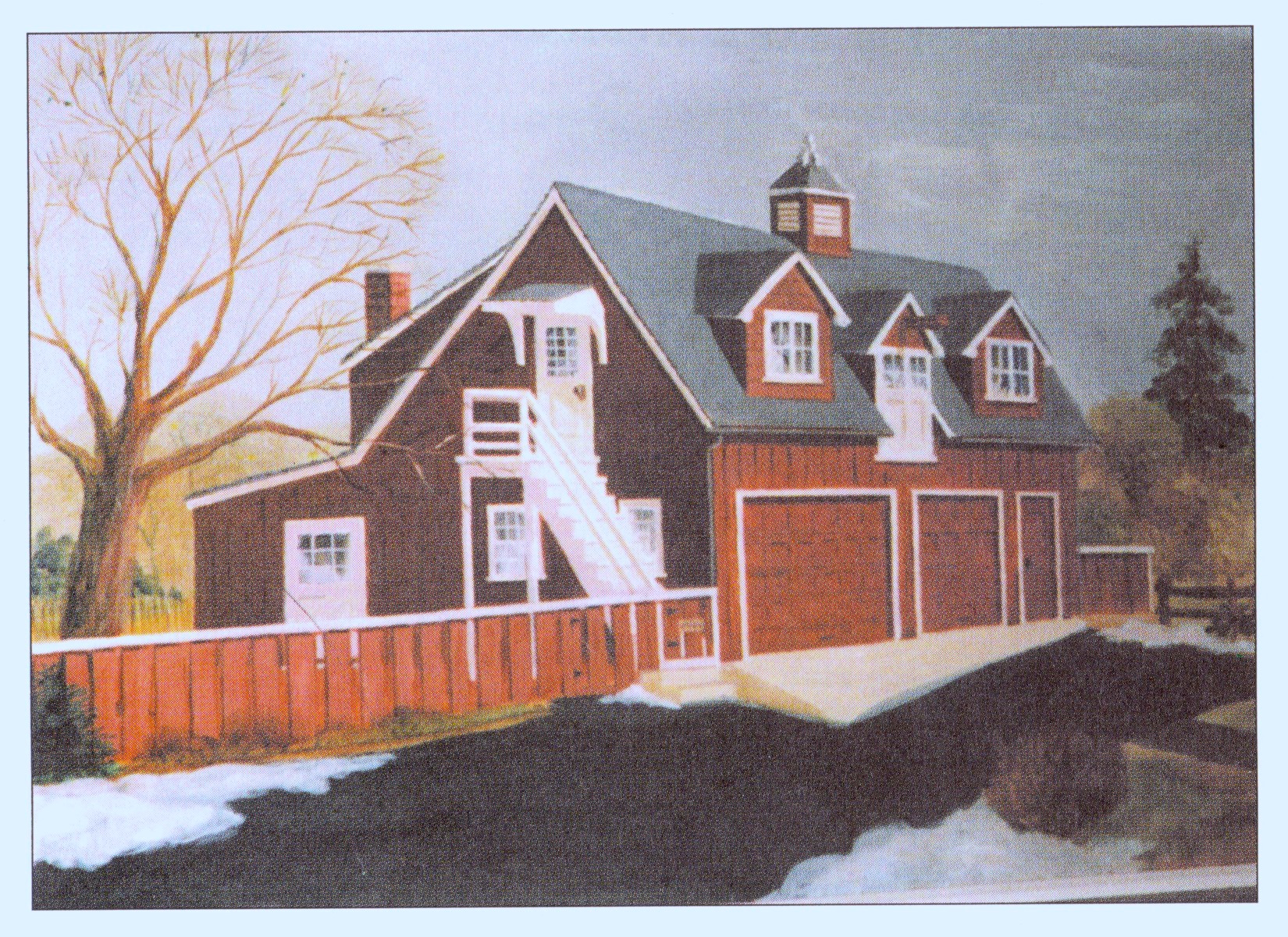 During my high school and college years, I had a variety of part-time jobs. At the age of fifteen, I got my first work experience when the owner of a local delicatessen hired me because he could pay less than the minimum wage.  After I turned sixteen, I flipped burgers at McDonalds, collected tolls on the Connecticut Turnpike and washed windows at the Pickwick Arms hotel.

In those days, my father’s studio was on the second floor of a red barn located behind the main house where we lived.

One summer, my older brother Greg was hired to paint the barn and, a few years later, I was given the same assignment.  Not long after I started, a friend came over and invited me to go away for a week.  I told him I was obligated to finish the job and he talked me into renting a paint-spraying machine to speed up the process.  We completed the barn in a few days but managed to get a fine mist of red paint on the front of my father’s car, which was parked inside.

During my college years, I joined a few friends who had started a painting company.  One summer we had a job renovating a house in the wealthy town of East Hampton, Long Island.  It was a short walk to the beach and there were a lot of weekend visitors.  We also financed a trip to Africa with the money we earned. In the summer of 1973, after my junior year in college, we painted the main house on my family’s property.  In the middle of the job, we all took off for the Watkins Glen rock festival in New York State, along with about 600,000 other people.  My father will never let me forget about the ladders that were left leaning up against the house while we were gone.

These experiences inspired me to do a week-long story in Hi and Lois about Chip and his friend Jerry painting the Thurston’s house.  Here is the Sunday page that opened the sequence. 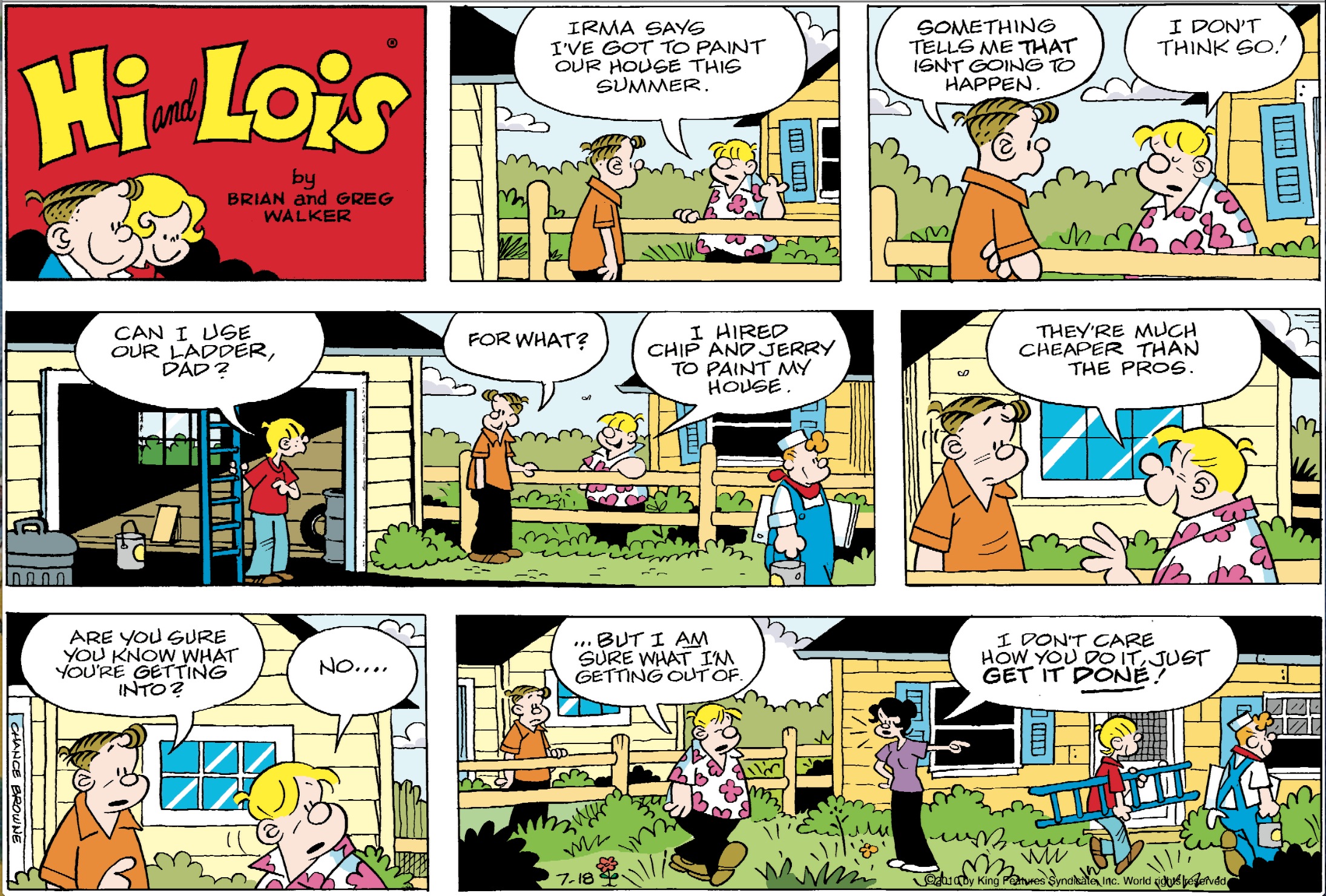 During the course of the following week, Chip and Jerry worked hard to finish the job.  This is the Sunday page that wraps up the story. 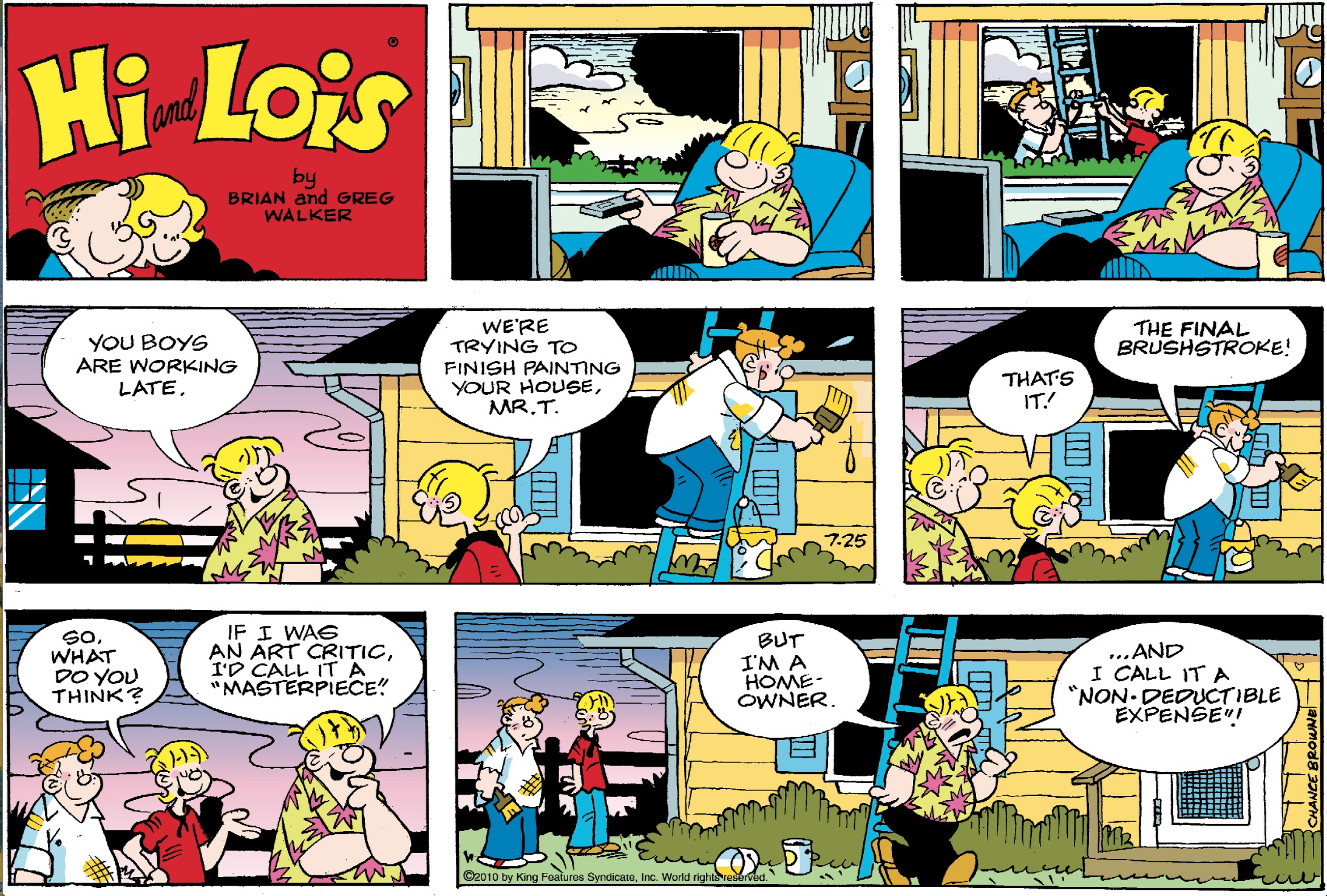 My kids were involved in organized sports during their school years and didn’t have as many part-time jobs as I did, but both worked at a summer art camp.

It was fun to reflect back on my time as a house painter when coming up with the ideas for this story.