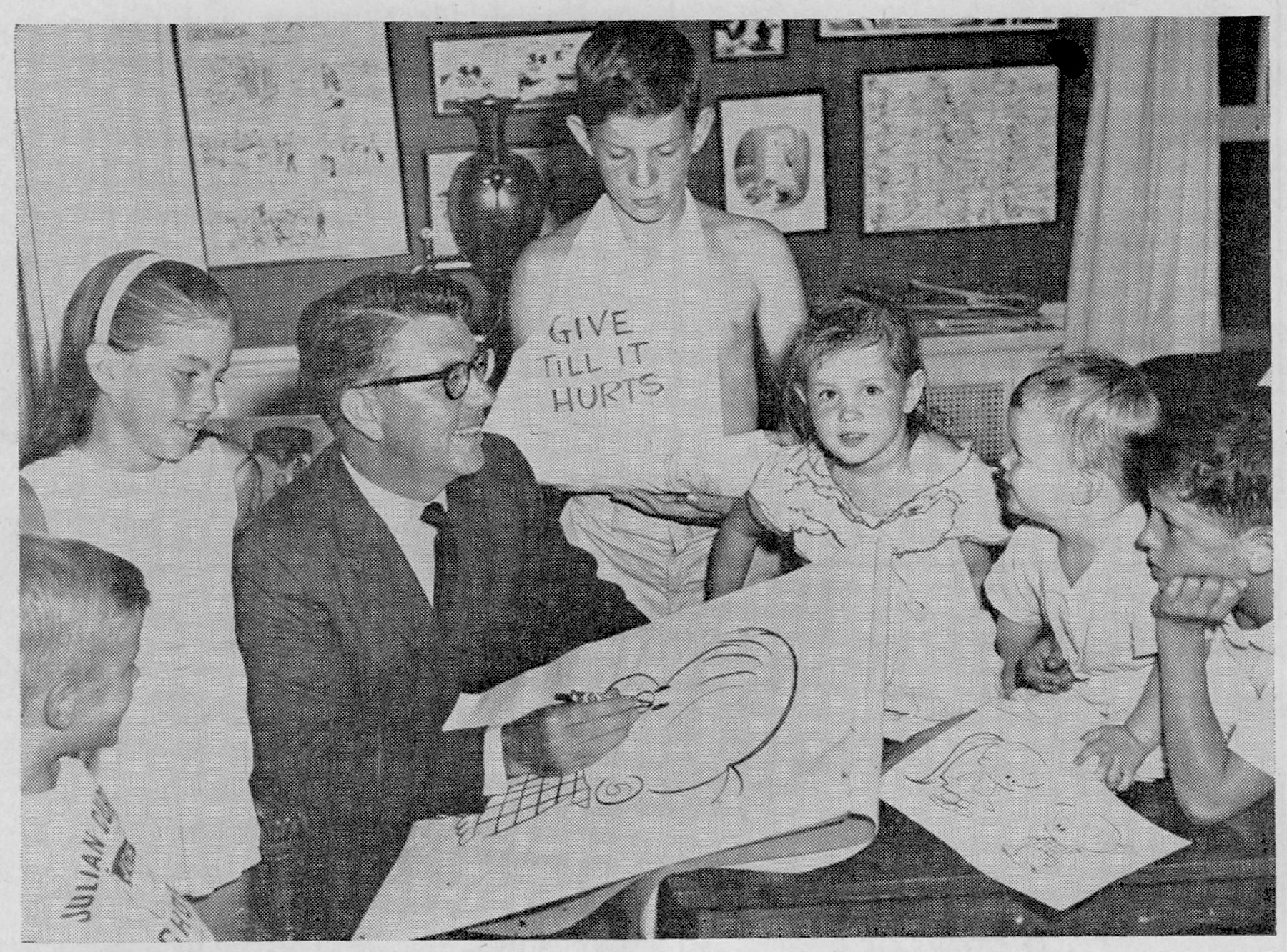 Most cartoonists try to give back to their communities whenever they can and Mort Walker is no exception.  Sometimes he has even managed to get his family involved in charitable activities.  In 1964 Mort created the “Community Chest Kids,” who looked very similar to Dot and Ditto in  Hi and Lois, for the Community Chest Drive in our hometown of Greenwich, Connecticut.  The goal was to raise $449,000 for ten local services.

This photograph was taken in the den of our home (notice the framed cartoons in the background) and appeared in a local magazine under the headline, “There’s A Need for More in ’64” to promote the effort.

The following caption appeared below the photo:

“Mr. Walker, whose Beetle Bailey appears in 900 newspapers throughout the world, including forty countries overseas, enlisted the aid of his six children [our youngest brother, Roger, hadn’t been born yet] in designing the ‘kids’ who appear on posters and streamers in retail windows all over town. (L. to R.) are: Morgan 6; Polly 10; Greg 13, who already knows the value of filling up white space with good copy having just returned from using the Emergency Room at Greenwich Hospital (a Community Chest service); Margie 3; Neal 2; and Brian 11.”

Greg broke his arm bouncing off a giant inner tube from a truck tire in our neighbor’s backyard.  I engaged in the same foolishness but was unharmed.