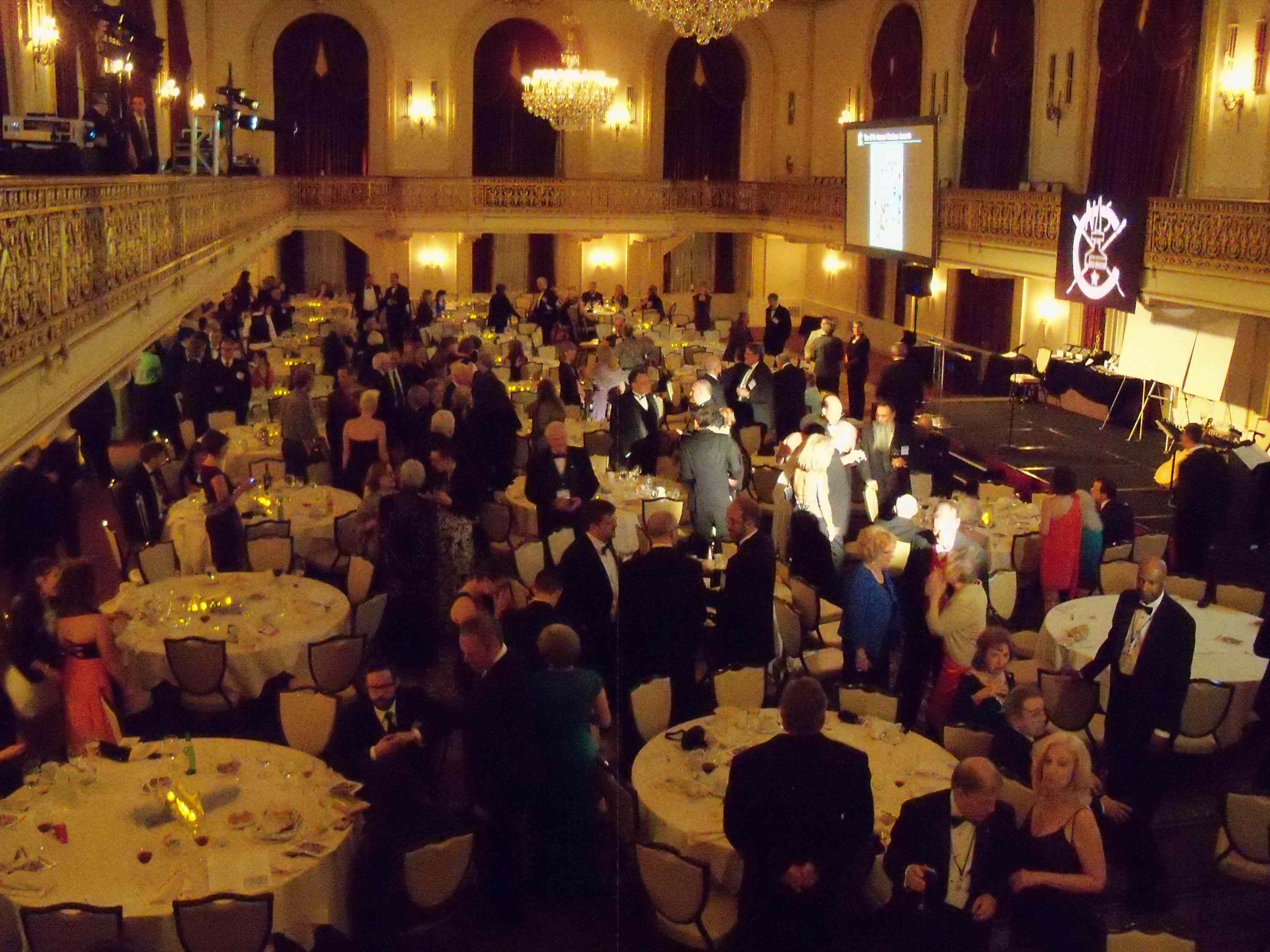 Okay, I’ve been bad. It’s been far too long since I’ve posted anything here. Well, sometimes, you know, we cartoonists just HAVE to get our work done.

One reason I didn’t was that I just attended the National Cartoonists Society’s annual Reuben awards weekend. Every year this event is held in a different location and this year it was in Pittsburgh. Why Pittsburgh? Well, there’s a fabulous place there called the Toonseum which had a great exhibit (which we contributed pieces to) of all the past Reuben award winners. Each piece was done in the year the cartoonist won the award.

The Reuben award (named after Rube Goldberg, one of the founders of the Society) is the cartoon equivalent of the film industry’s Oscar but only one Reuben statue is given to the “best cartoonist of the year”. Except this year when there was a tie! There are other awards in specific categories. My brothers Brian and Neal and I were honored to present the award for Advertising/Product Illustration. 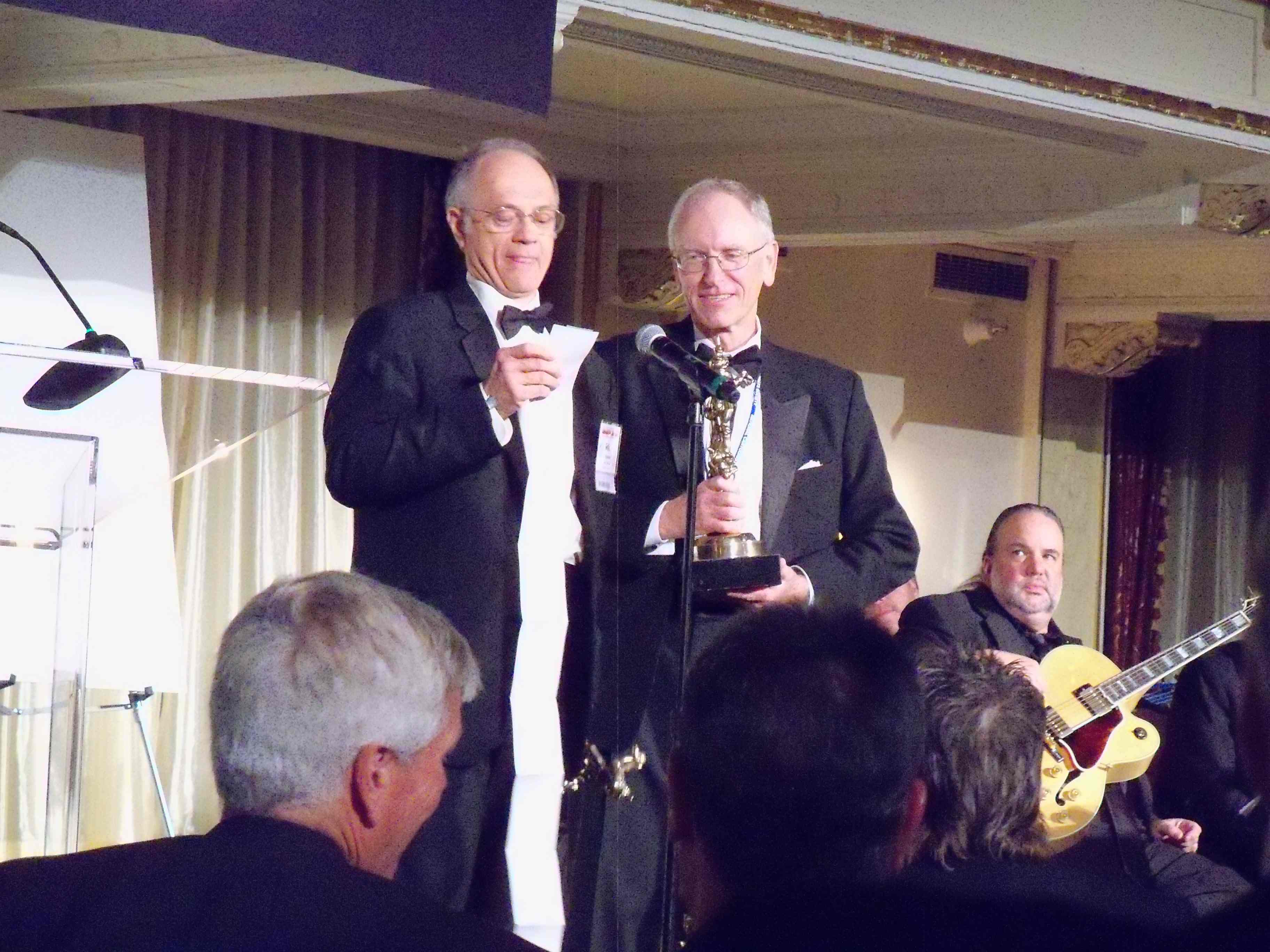 Rick Kirkman and Brian Crane actually TIE in their votes for the Reuben award.

More info can be found at http://www.reuben.org/ncs-awards/

As always, the weekend was a lot of fun. For cartoonists, who spend most of their time in their (usually) cramped hovels, bent over their drawing boards or computers, this is one of the few times they get to “talk shop” with their professional peers, meet their idols, learn valuable information about their business at seminars and party til dawn in some cases. Those cartoonists, illustrators, animators, writers who don’t normally attend are really missing out.

I suspect some decided not to attend this year because of the location. Telling people you’ll be gone for a few days always prompts the question “where?” and Pittsburgh isn’t the most exciting sounding answer. However, I found Pittsburgh to be delightful. It’s loaded with incredible architectural detail and there was so much to see within walking distance of the Omni William Penn where we stayed. Staying at the palatial William Penn and dining at the Grand Concourse restaurant (housed in the old Pittsburgh and Lake Erie train station – how many train stations have you seen with a stained-glass roof?!) made us feel like royalty. 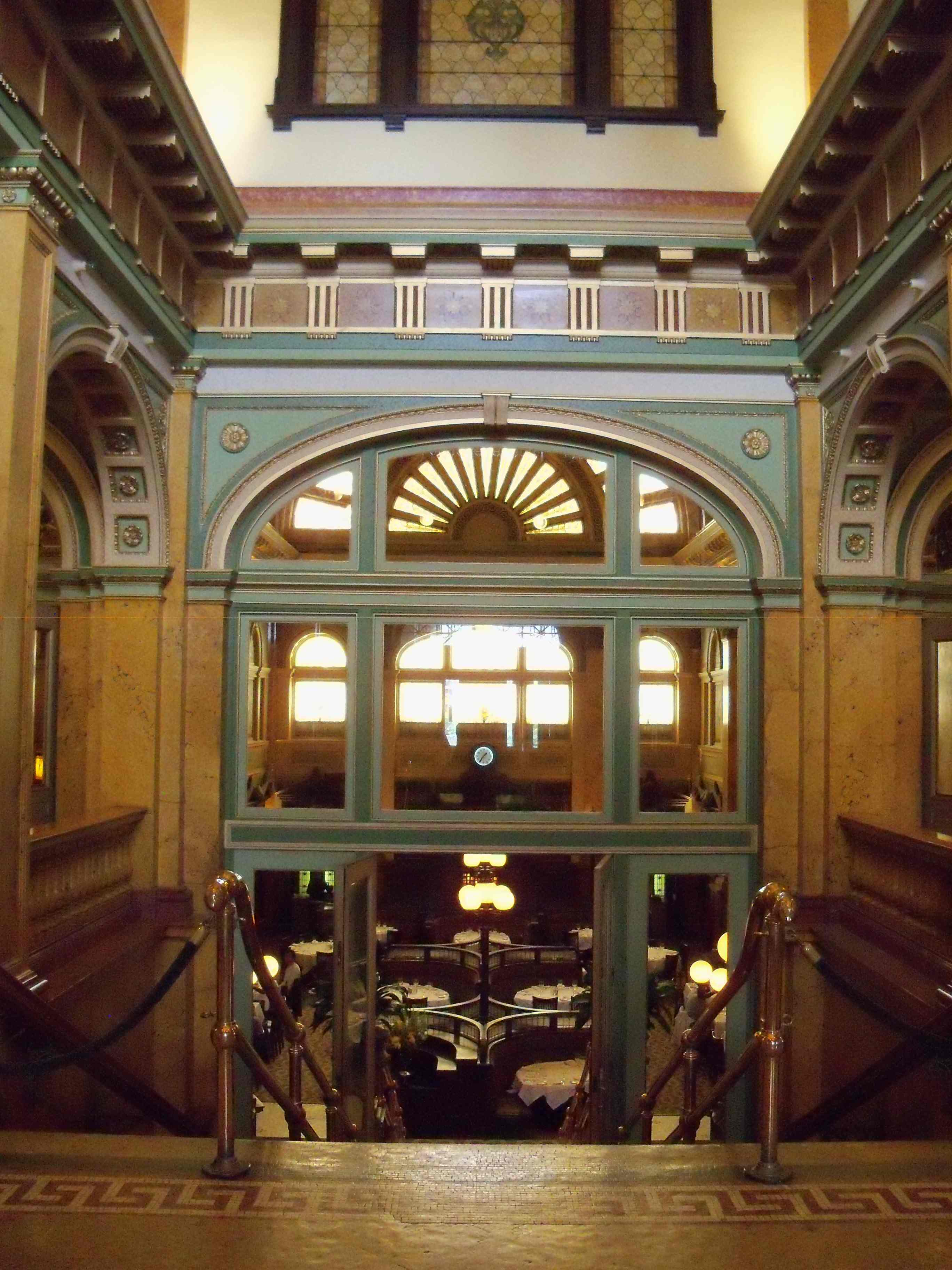 This used to be a train station?!

The view from Mt. Washington, accessed by two funicular tramways was fantastic. This city has come a long way from my earliest memories as a steel town choked by noxious fumes. However, those steel mill days were when the big money was in town and that probably accounts for the ornateness of the buildings. It’s wonderful that so much has been preserved. I would recommend a visit. How could I not love a city where the newspaper runs Beetle at the top of the front page? 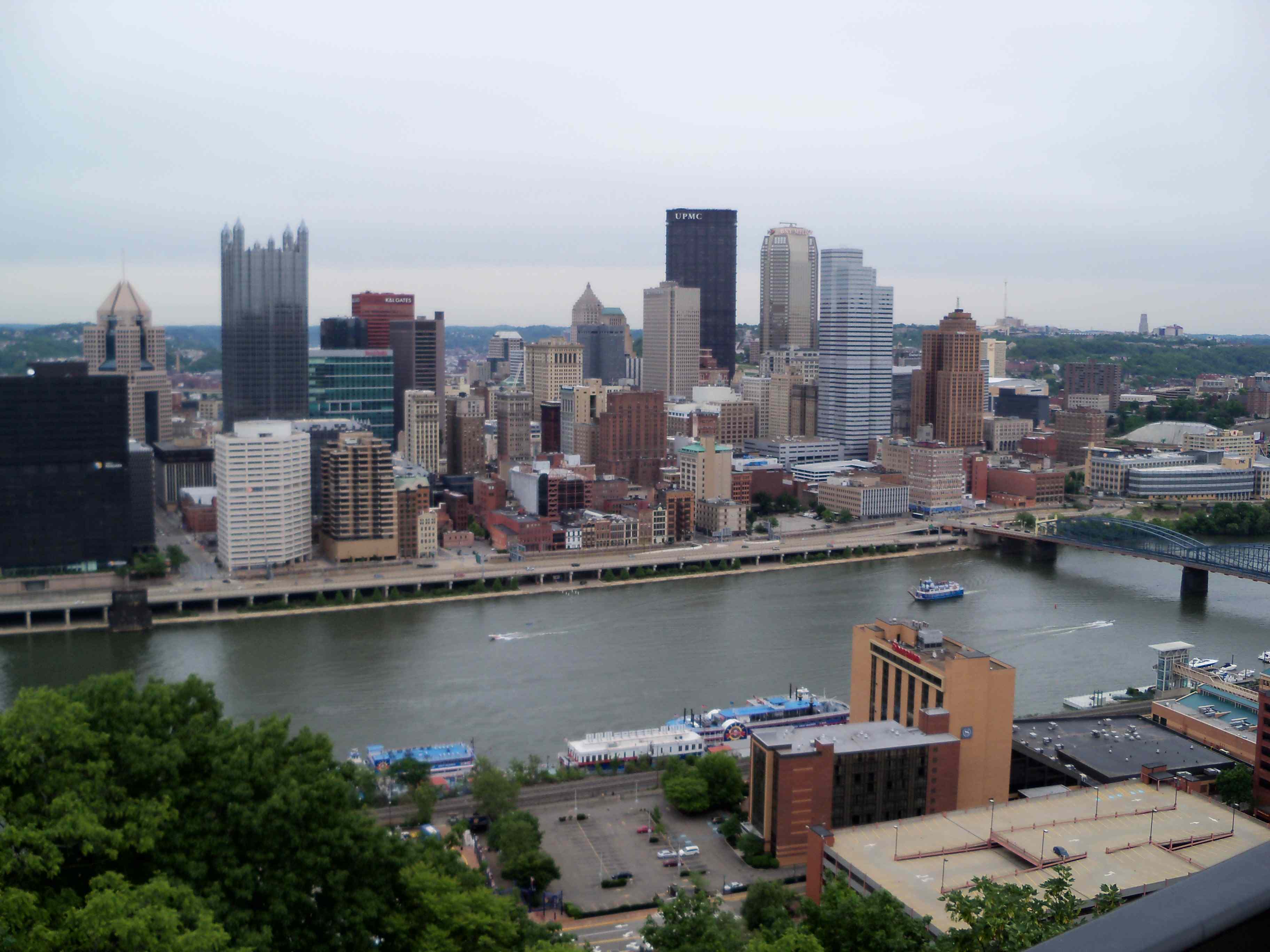 A view from the top of Mt. Washington of downtown Pittsburgh

Coordinated with the Reuben weekend was the Pittsburgh Comic Arts Festival where they closed the 900 block of Liberty Avenue in the downtown to celebrate all things toonish. Some 35 cartoonists who were in the city for the Reuben award weekend appeared at the event at either the Toonseum or the August Wilson Center to meet fans, draw pictures of their characters and sign autographs. 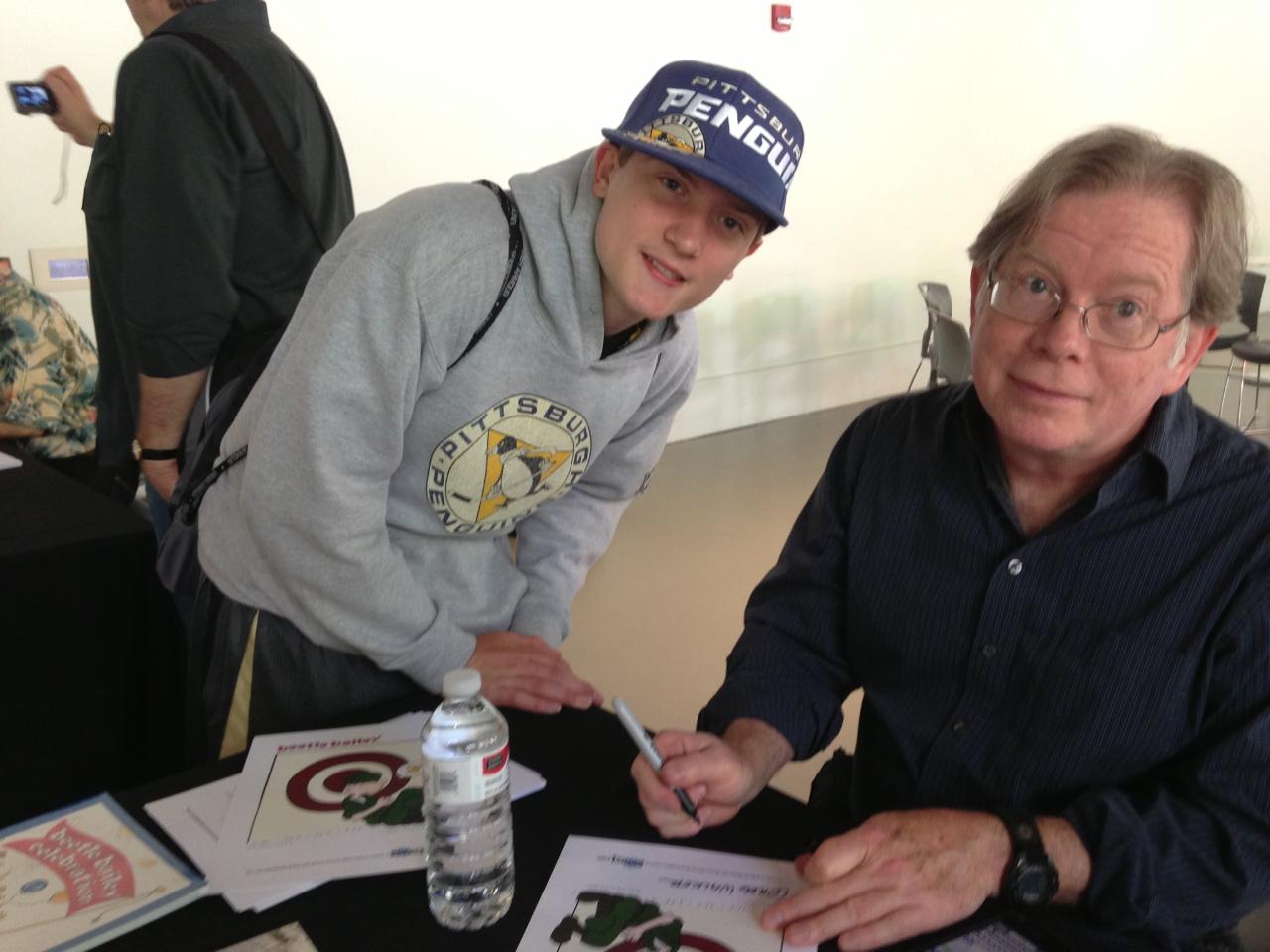 Me signing for a fan (of the strip and the Penguins)

Most cartoonists love to do these events. Sometimes you find yourself working alone and wondering who, if anyone, will see the creative output you put your heart and soul into. So it’s informative and refreshing to meet those who do read the strip or see your work in other venues and appreciate what you do. It’s enough to make you want to get right back to work! 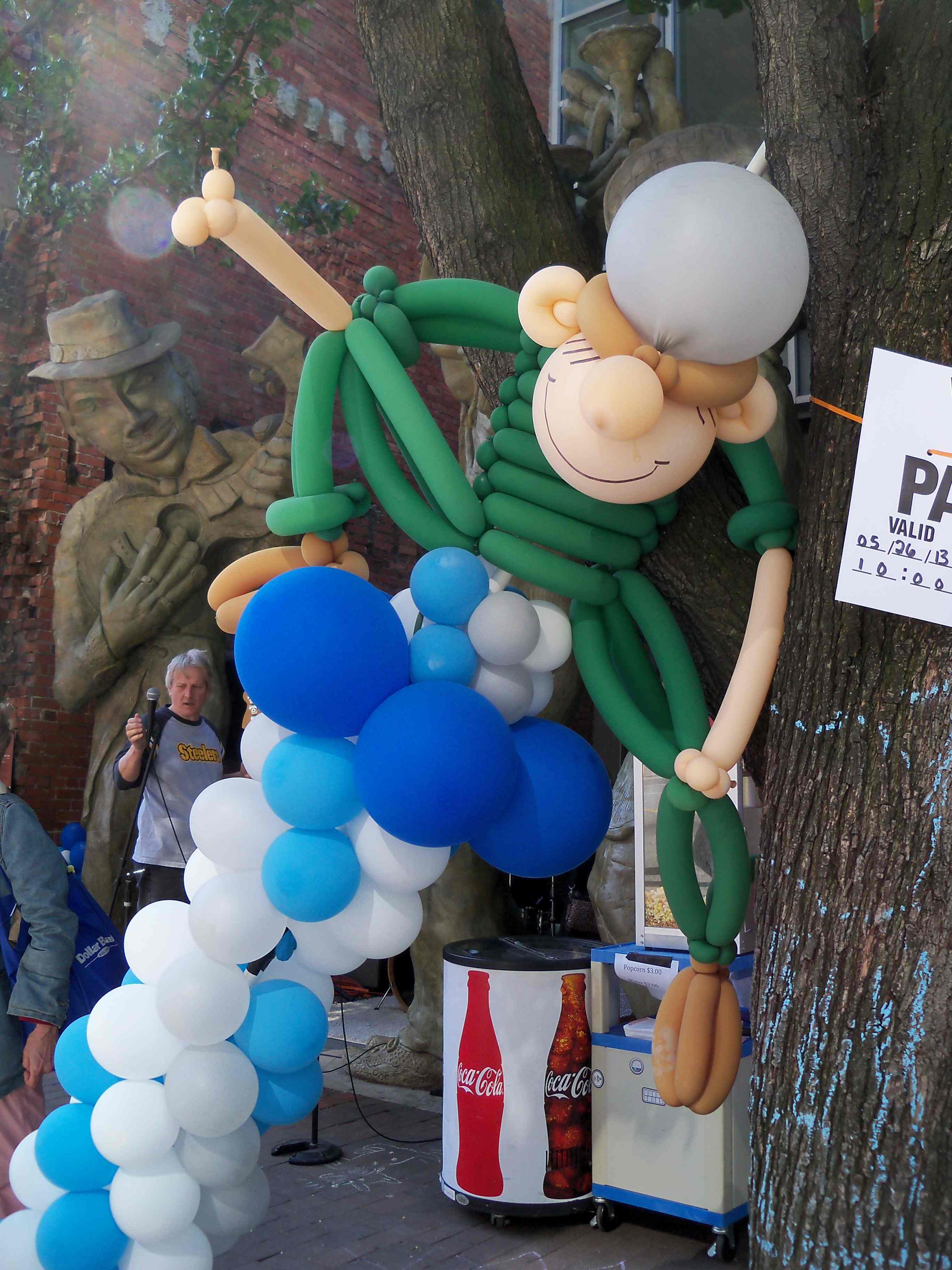 Beetle made out of balloons!!

The street between the Toonseum and the August Wilson Center was a full of vendors, musicians and more cartoonists. We saw lots of families strolling in the sun. Many were carrying their sketchbooks full of newly-acquired drawings and autographs. I felt honored that Trixie, our character from Hi and Lois, was used on promotional material for the event and was even drawn in chalk in the middle of the street. This was a wonderful event that I hope is repeated soon. 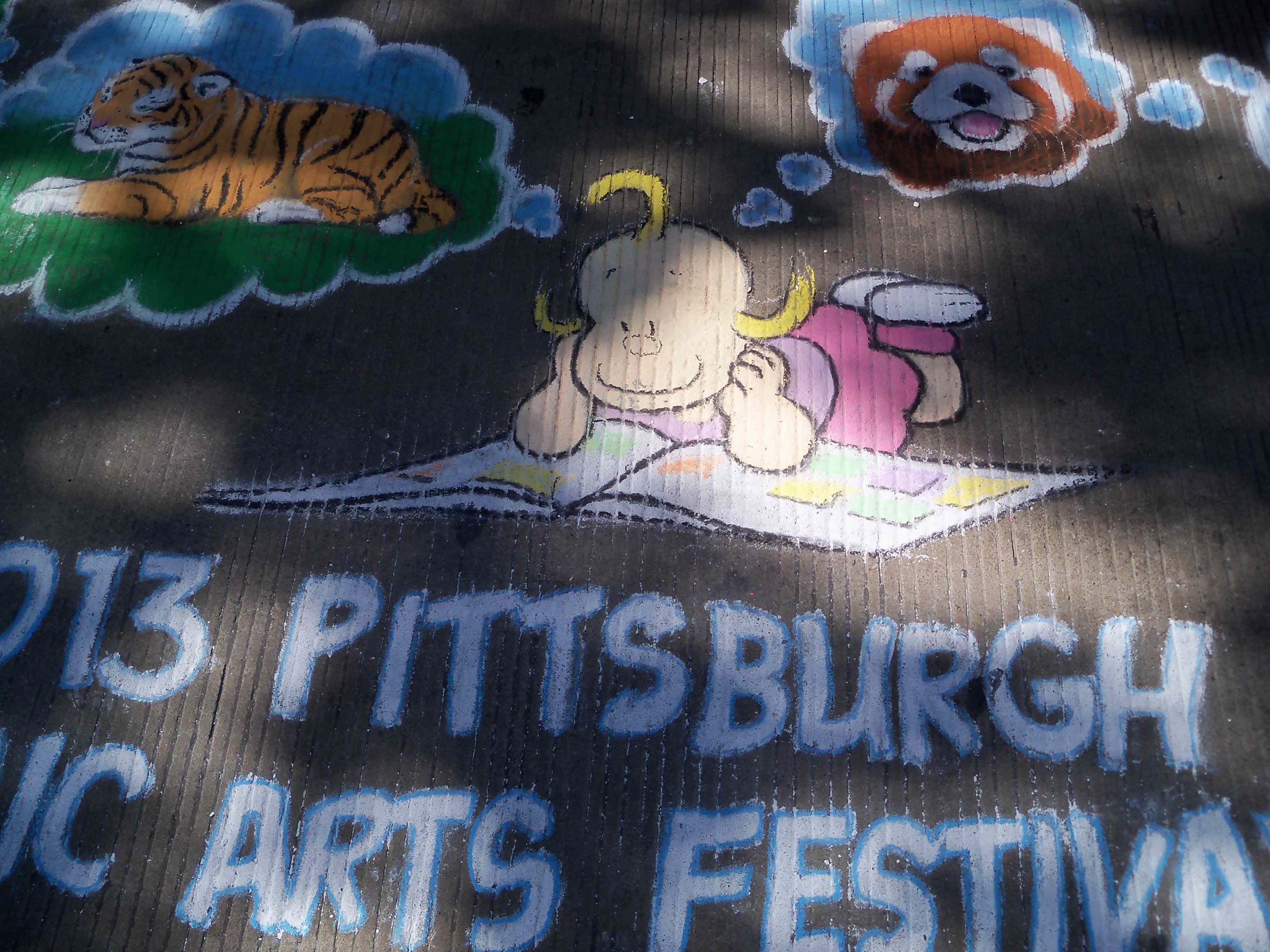 Trixie, Beetle’s niece, drawn in chalk on the street

When in Pittsburgh, definitely check out the Toonseum!