The Reuben Awards isn’t just a lot of speeches accompanied by a rubber chicken dinner like your typical convention banquets, it was modeled on the Oscars show, and so, always begins with a spectacular stage show including a live band, lots of comedy, and sometimes song and dance.

Plus, the dinners are amazing — this year’s caramel-cheesecake dessert alone was so delicious, I wept openly after just three bites.

Our Reuben emcees and presenters are always cartoonist colleagues, a handful are killer stand-up comedians on the side.

Former “Late Night With David Letterman,” “The Simpsons,” and “Seinfeld” writer Tom Gammill, now creator of “The Doozies,” has emceed the Reubens the past few years to much acclaim, despite all the jokes at his expense — even sharing the stage with Elvis in Las Vegas last year.

This year, Australian comedian/cartoonist Jason Chatfield who draws “Ginger Meggs” down under, took the spotlight for the first time, and kicked Reuben.

Here’s some video of the show’s opening monologue, prefaced by a short video where Tom Gammill hands over the reins to Jason, who did a spectacular job.

Can’t see it very well in the video, but Jason rapid draws caricatures of the three Reuben nominees, Rick Kirkman, Stephan Pastis, and Brian Crane, who do a bit of animated background accompaniment during the song, and later heckle Jason.

Also seen around the Omni William Penn — from time to time we NCS members are called upon to do a bit of drawing during Reuben weekends.  Here are a couple pics I shot of a scribbled upon tablecloth to be presented to the Professional Cartoonists Organization of Great Britain who had given the NCS a similar table cloth from their side of the pond. 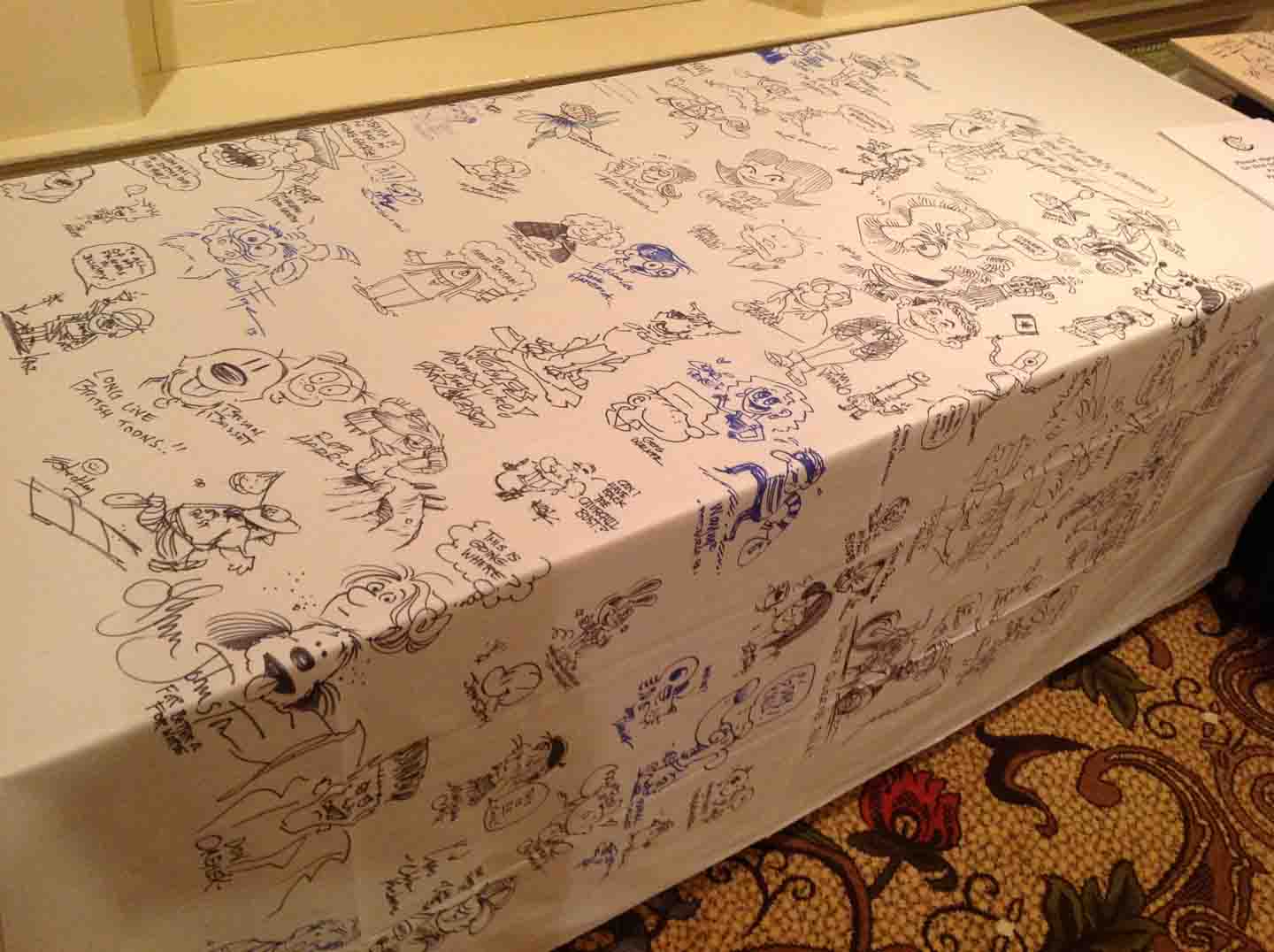 And, Pittsburgh’s Toonseum provided us a few drawing boards to cover with sketches and signatures to go on displayed there.(Click on the photos to make them more readable.) 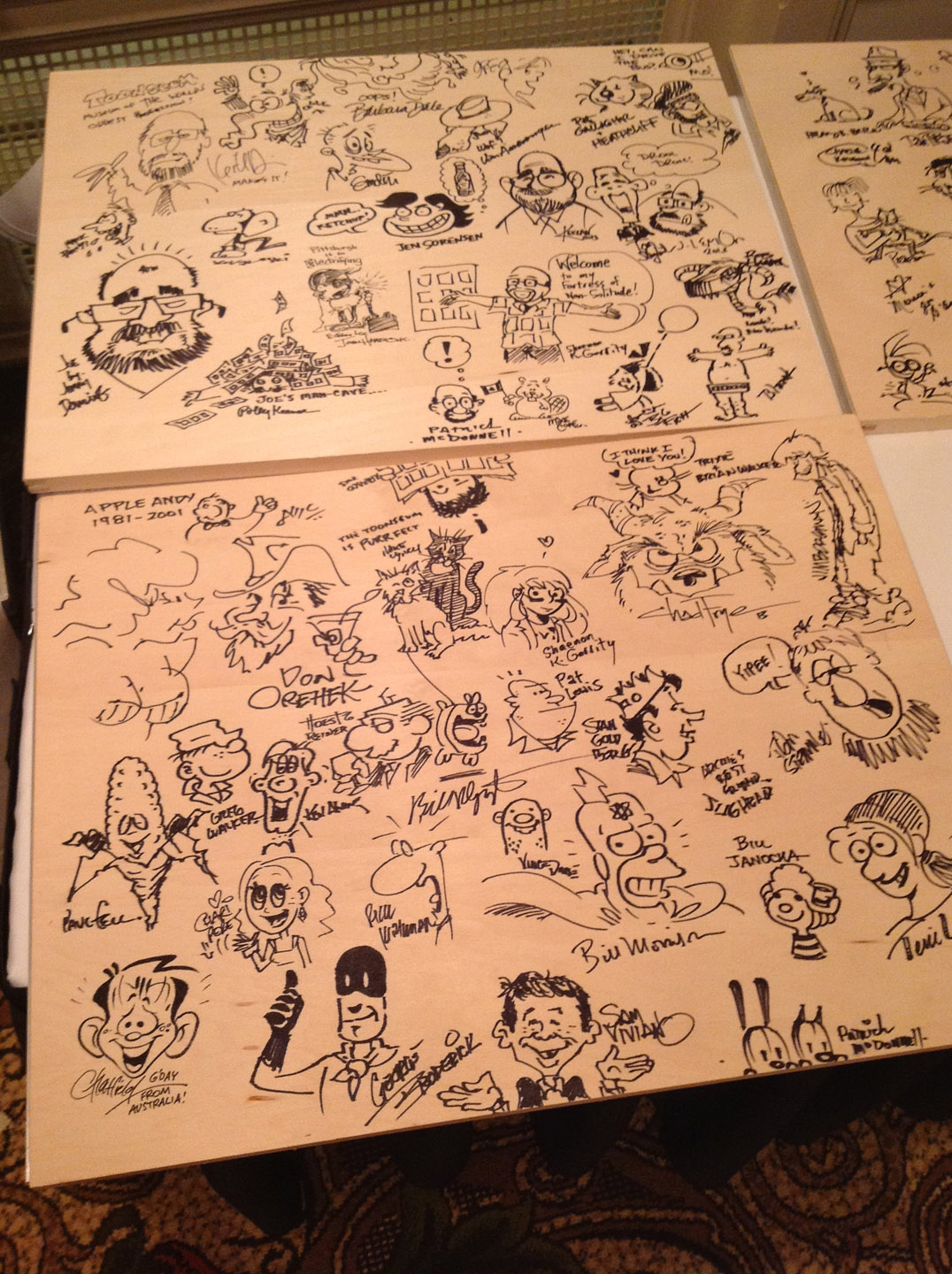 Sadly, the boards wouldn’t fit in my luggage…