Reporting From The Reubens, Day Two 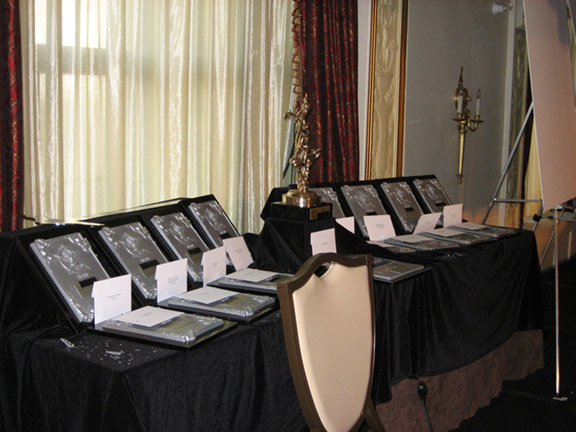 Another hilarious, rousing, suspenseful Reuben Awards Banquet has ended, and our congratulations go out to all the division award winners, and the big surprise of the night — we had a tie for “Outstanding Cartoonist of the Year” — both Rick Kirkman (“Baby Blues”) and Brian Crane (“Pickles”) took home a Reuben statuette after all the envelopes were opened.  The last and only time this has happened before was in 1968 when Johnny Hart (“BC”) and the colossal editorial cartoonist Pat Oliphant tied in the final judging.

Here are a few photos from tonight’s black tie event.

All the awards lined up and awaiting the acceptance speeches. 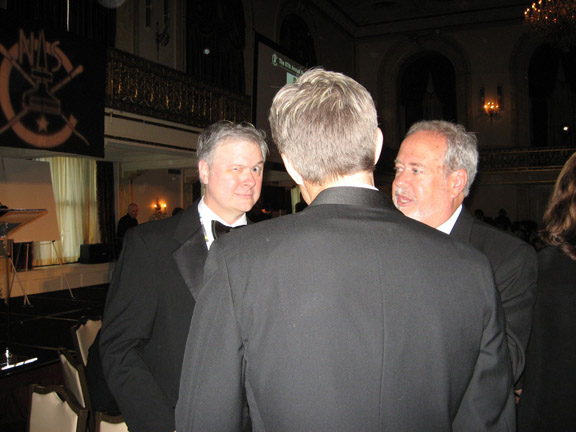 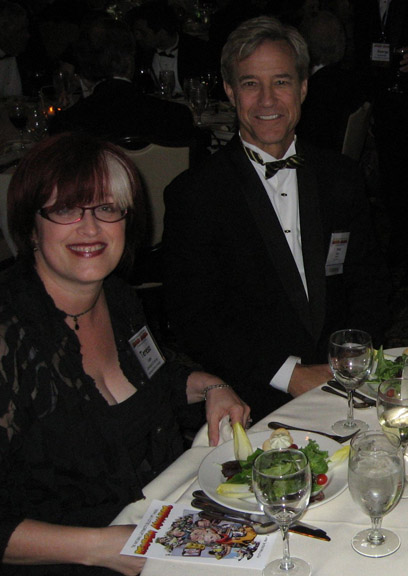 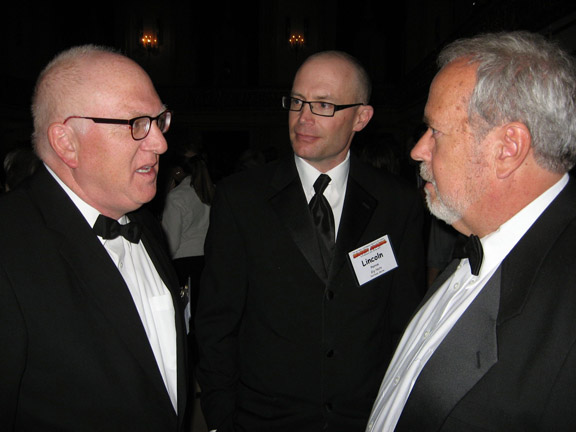 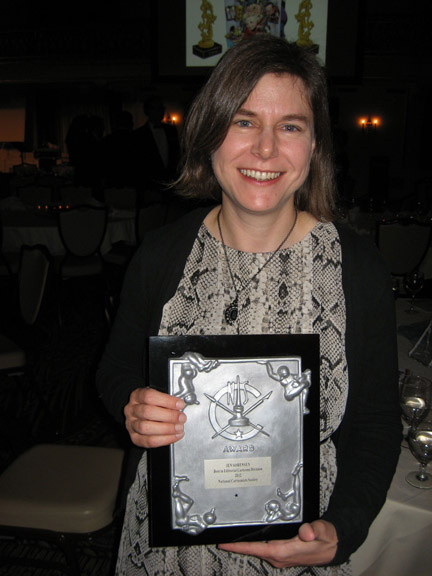 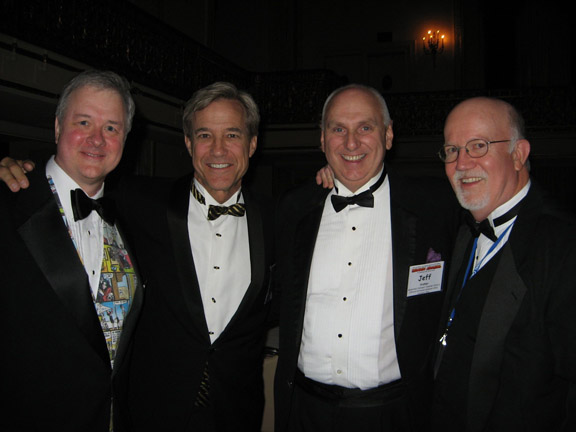 Steve’s trying out some new material at the post awards show cocktail party, from left to right, the butt of everyone’s jokes all night long, former Seinfeld writer, and comedic genius Tom Gammill (“The Doozies”); along with writer, animator, and children’s book author/illustrator Mo Willems; Steve; and Gary Brookins. 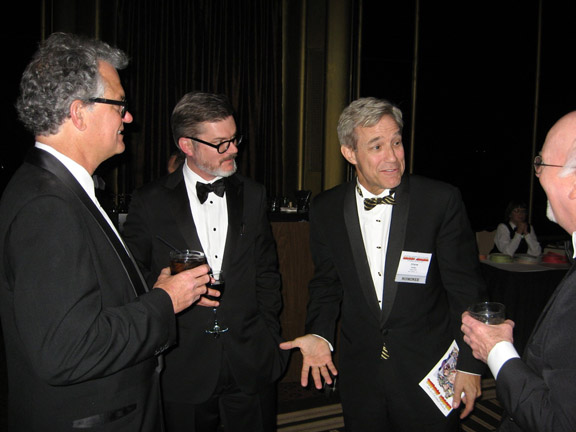 Look how much my longtime cartooning pal, Mark Szorady (“George”) and I have aged since first meeting in 1984 as very green cartoonists at a “how to get syndicated” seminar in NYC. 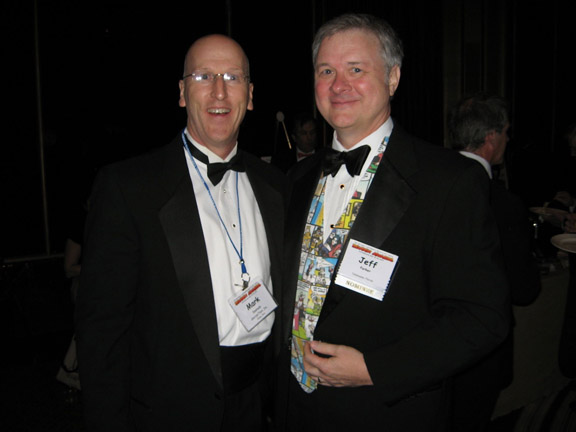 Battle of the “Jeff vests”, Jeff Knurek, who draws the daily Jumble, and me.  BTW, my Mom made my comic strip vest. 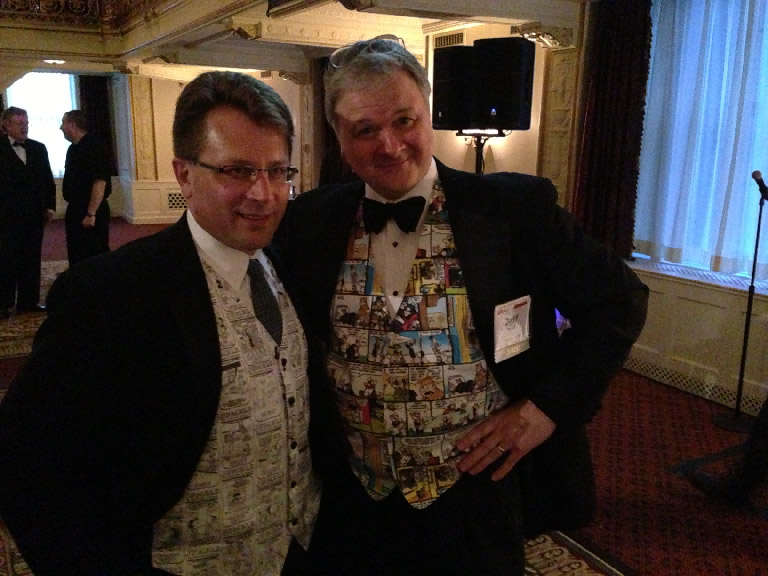 Once again, thanks to all the NCS volunteers, staffers, and our emcee, the hilarious Jason Chatfield for another great Reuben awards show!