Reporting From The Reubens, Day One 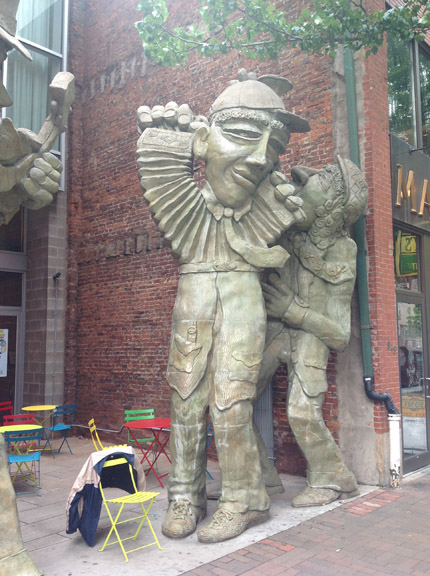 Steve and I are in Pittsburgh for the 2013 Reuben Awards, where all this weekend, the biggest names in cartooning can be found looking at each other through the bottom of a glass at the Omni William Penn Hotel.

Last night, the NCS Welcome Party packed Pittsburgh’s Toonseum with attendees who went all weak in the knees looking over the Reuben Art Exhibit.  For the first time, original artwork from every winner of “The Reuben” has been gathered together in one exhibit, beginning with Milton Caniff, winner of the first NCS Cartoonist of the Year Award in 1946, and ending with last year’s winner, Tom Richmond of MAD magazine fame and current NCS President.

A couple of characters holding up the front of the Toonseum.

A jammed Reuben Art Exhibit.  We have Reuben Winners Greg Evans (“Luann”) and Tom Richmond in the foreground. 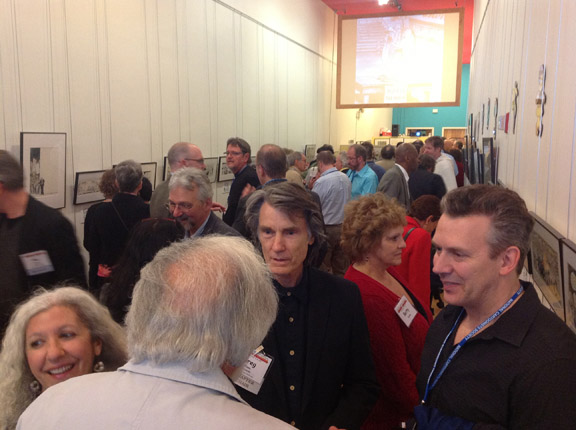 Never get between a cartoonist and an open bar — or free eats for that matter. 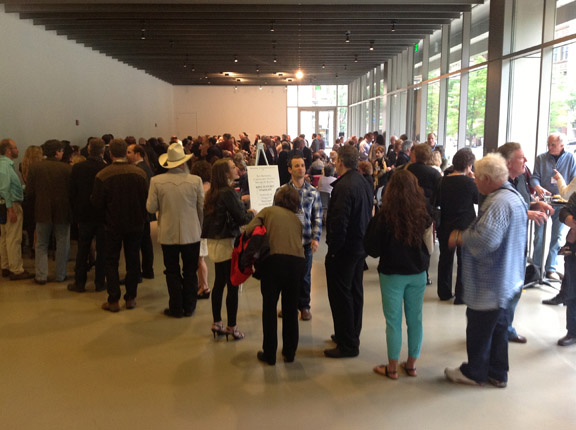 Here’s our swank home for the weekend, the Omni William Penn in downtown Pittsburgh. 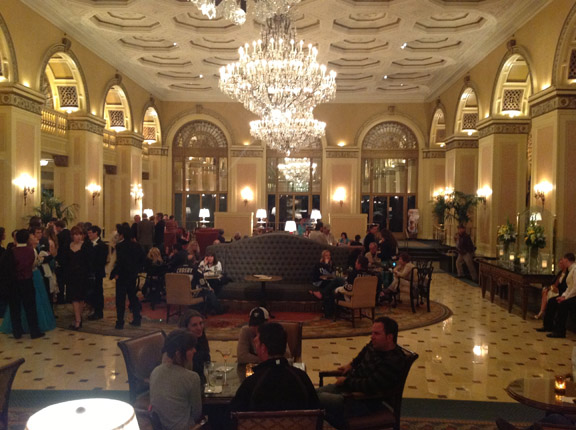 So far, everyone is really impressed by downtown Pittsburgh.  Great city!  I hope to find a little time between the Reuben events, and work I had to bring along, for a little exploring.  One thing though.  The weather is FREEZING here (record breaking lows last night) — of course, after seeing it was in the 80s all last week, I didn’t bring anything heavier than a denim shirt… the few blocks walk to the Toonseum last night felt like the Donner Party to a thin-blooded Florida boy like me.  Happily, no one was forced to resort to any cannibalism en route.

Hey, Pittsburgh.  Get a calendar.

Sent from my iPad