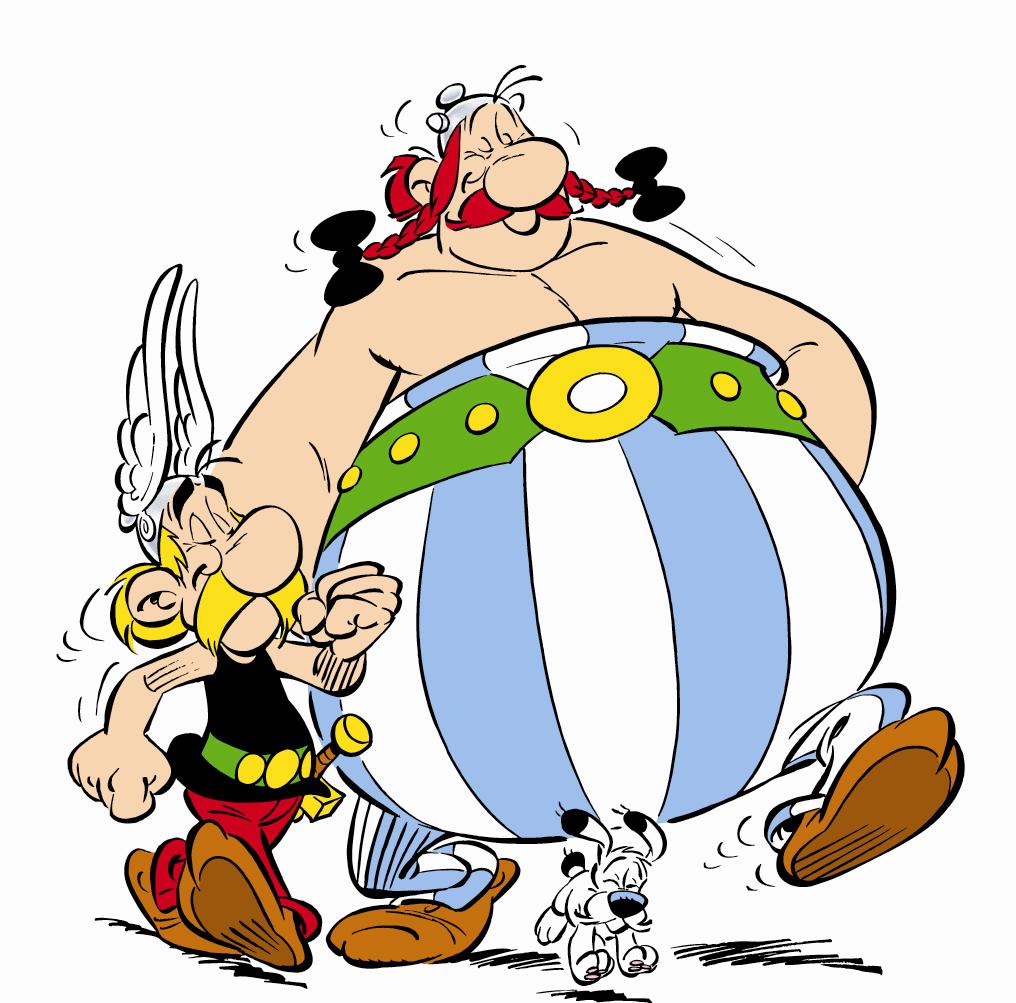 In the French speaking parts of the world, Asterix le Gaulois comics are a force. Like our Mickey Mouse, the little cartoon character has inspired toys, games, food-snacks, movies and a theme park. The French even named their first satellite “Asterix.”

Written by Rene Goscinny and illustrated by Albert Uderzo, the 54-year-old comic book series depicts the adventures of Asterix and his super-sized pal Obelix, residents of a little village in ancient Gaul resisting Roman rule through the help of a magic potion which gives them super-human strength. Many times, the rebellious Asterix and his fellow villagers merely outwit their hapless occupiers.

The Disneyesque artwork of the series is masterful and has been a profound inspiration to me, plus, Uderzo’s “camera angles,” perspectives and sight gags are a constant study.

I first discovered Asterix at the age of 18, when his creators debuted a short-lived daily comic strip in U.S. newspapers in 1977. For me, it was an eight inch strip of genius. I clipped and saved the first couple of weeks’ output outling the original story line. I still have those yellowing strips today.

As for the rest of the nation, Asterix never caught on. The U.S. run of the little-known strip barely lasted a year.

Since then, whenever I visit a used bookstore or comic bookstore in another town, I’m on the lookout for any hard-bound editions of Asterix “albums” — preferably in French. 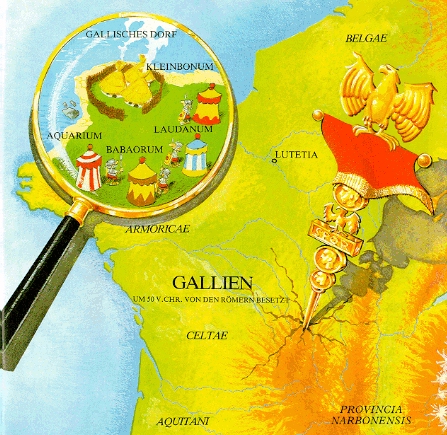 “50 B.C. All Gaul is occupied by the Romans. All? No!… One small village of indomitable Gauls still holds out against the invaders. And life is not easy for the Roman legionaries who garrison the fortified camps of Totorum, Aquarium, Laudanum and Compendium…”