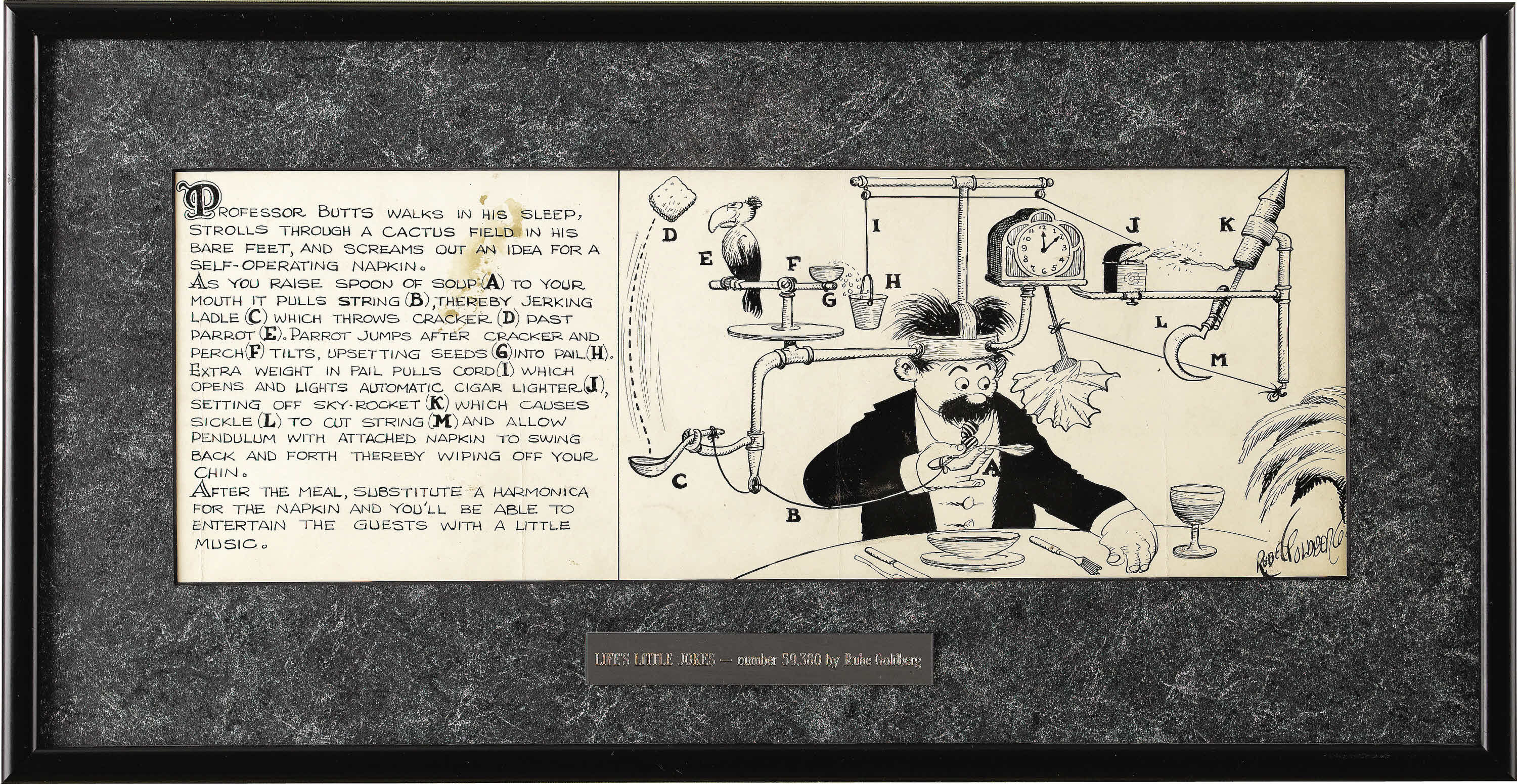 I recently wrote a biographical essay for The Art of Rube Goldberg, which will be published by Abrams ComicArts in November 2013.  Rube Goldberg had a long and distinguished career as a sports cartoonist, newspaper comics artist, political cartoonist, columnist, author, sculptor, vaudeville entertainer and toastmaster.

The most famous of all Rube Goldberg’s creations were his invention cartoons.  His clever graphic solutions to everyday problems eventually became synonymous with his name. In 1966, the Random House Dictionary of the English Language made the designation official when they defined a “Rube Goldberg” device as “having a fantastically complicated improvised appearance,” or as “deviously complex and impractical.”

Here is a classic example of a Rube Goldberg invention cartoon.

This original drawing was owned by collector Bruce Hamilton and was sold by Heritage Auctions on August 11, 2006 for $6,572.50.

While writing the essay for the book I was reminded that we had once featured a Rube Goldberg device in Hi and Lois.  Here is that Sunday page from 2005.

This was a very challenging drawing for Chance to execute.  Although I provided him with some suggestions and reference material, he had to carefully work out the chain reaction to make it look plausible.  He usually does preliminary pencil sketches before completing  the finished artwork and I remember that there was a good deal of trial and error before he illustrated the final panel of this page.

We enjoy doing tributes to other cartoonists in Hi and Lois and have done episodes inspired by the work of Charles Schulz, Bill Watterson and Bil Keane.  Some of these episodes will be featured in future posts.