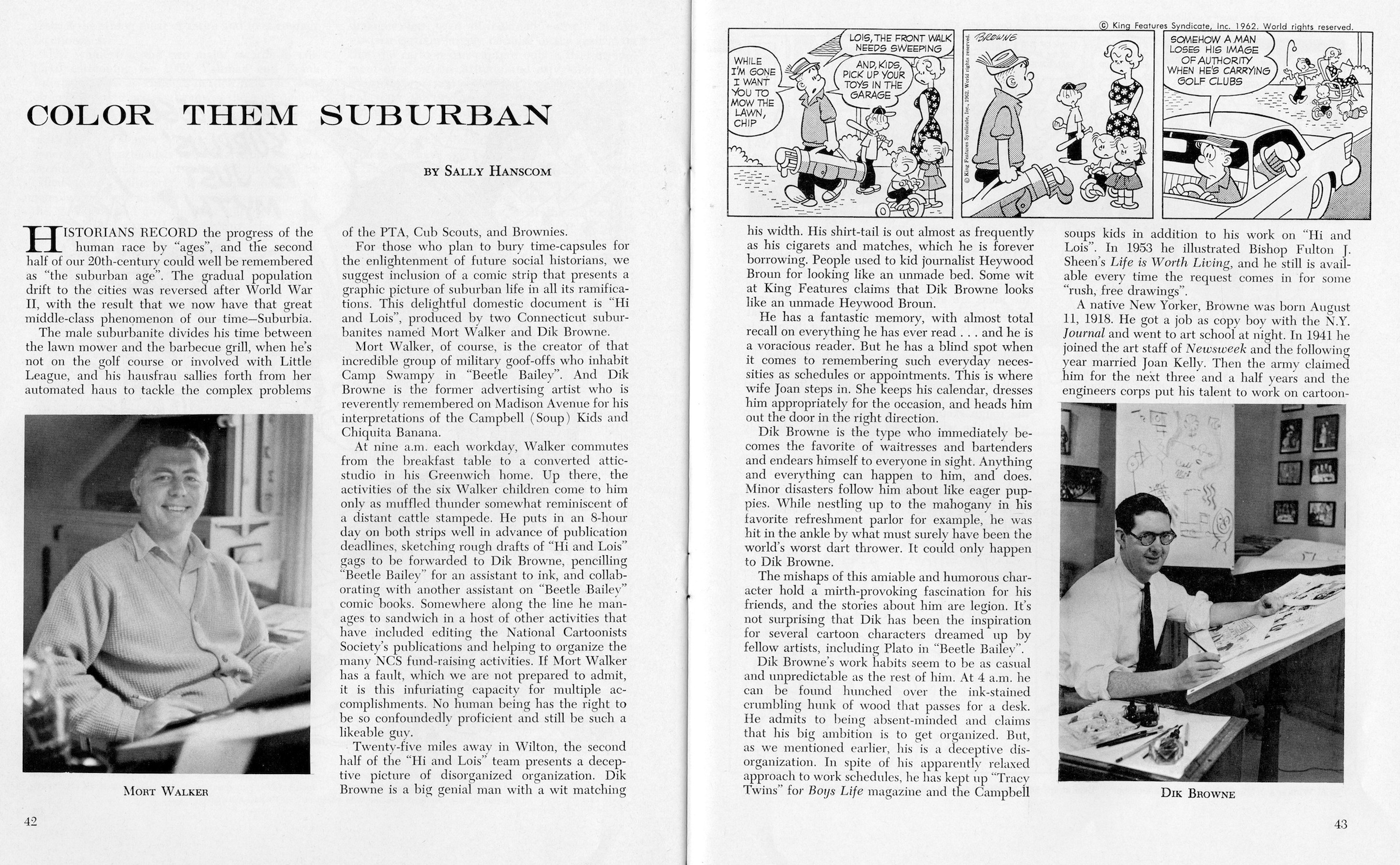 There have been many attempts at publishing magazines devoted exclusively to comic art.  One of the longest running was Jud Hurd’s Cartoonist PROfiles, which came out quarterly from March 1969 to June 2005.  The Comics Journal, published by Fantagraphics since 1977, was a semi-monthly for many years until switching over to an annual edition.  There were thirty-two issues of Nemo from Fantagraphics between June 1983 and January 1992 and twelve issues of Inks published by Ohio State University Press from February 1994 to November 1997.  Hogan’s Alley, which began in the autumn of 1994, still comes out annually.  Among the many other comic-related periodicals that have come and gone over the years are:  Cartoonews, Comic Art, Comic Book Marketplace, Comics Buyers Guide, Comic Book Artist, Stay Tooned! and Inklings from the Museum of Cartoon Art.

Another promising, but short-lived magazine was The World of Comic Art, published in Hawthorne, California from June 1966 to March 1972.  It was printed on glossy paper and featured articles on the history of comics, as well as profiles of contemporary cartoonists.

In the winter 1966/1967 issue, Sally Hanscom wrote an article about Mort Walker and Dik Browne. It was a behind-the-scenes look at the production of Hi and Lois.

Here is the complete six-page article.  Click on the pages to see a larger view. 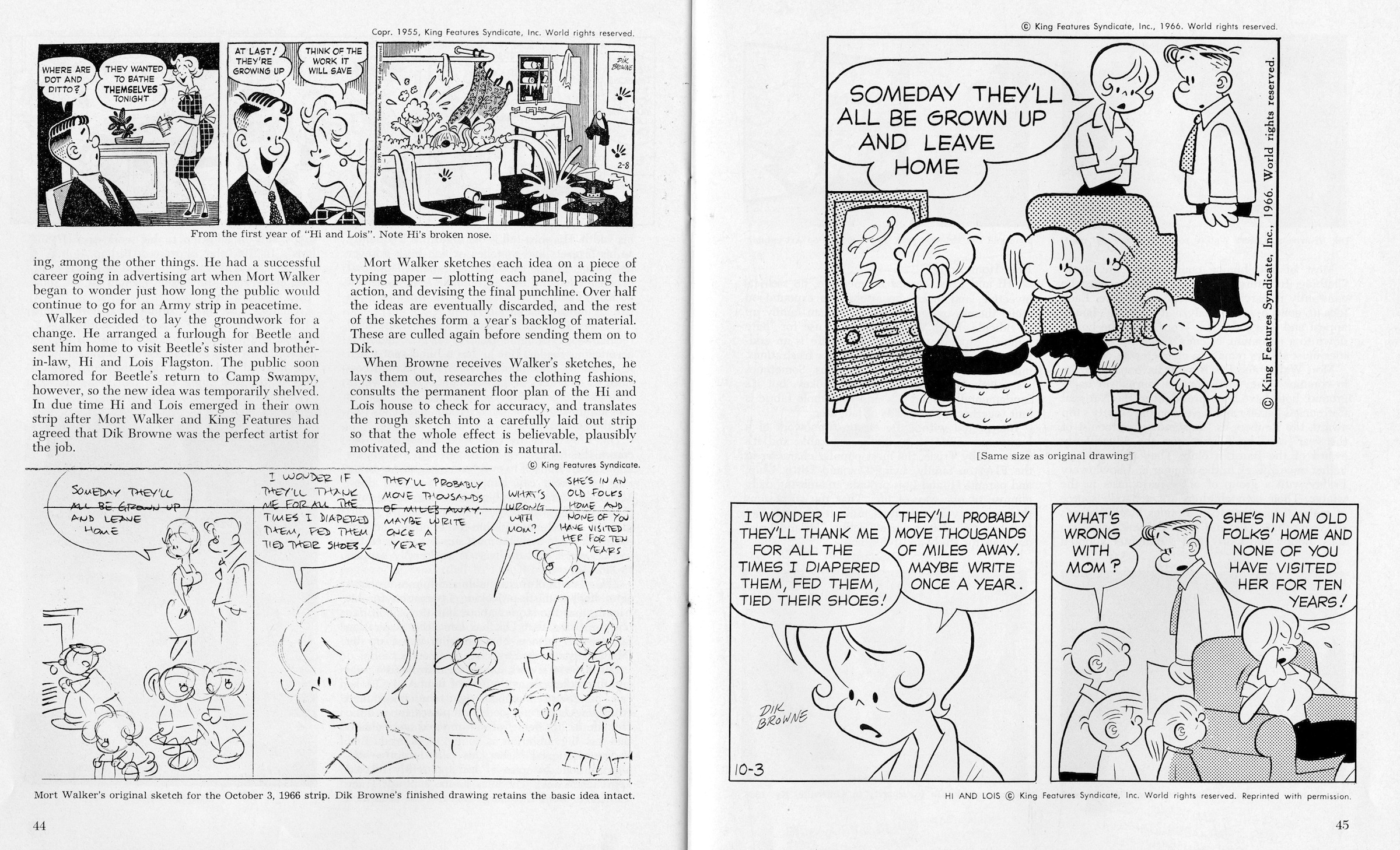 It’s hard to believe this was 46 years ago!  Some things change and others stay the same.  We hope you enjoyed this nostalgic trip back to the early days of Hi and Lois.