“Who and what?!?,” you may be asking. These are real obscurities in the Hearst cartoon pantheon, and nobody recalls them firsthand because they are 110 years old. 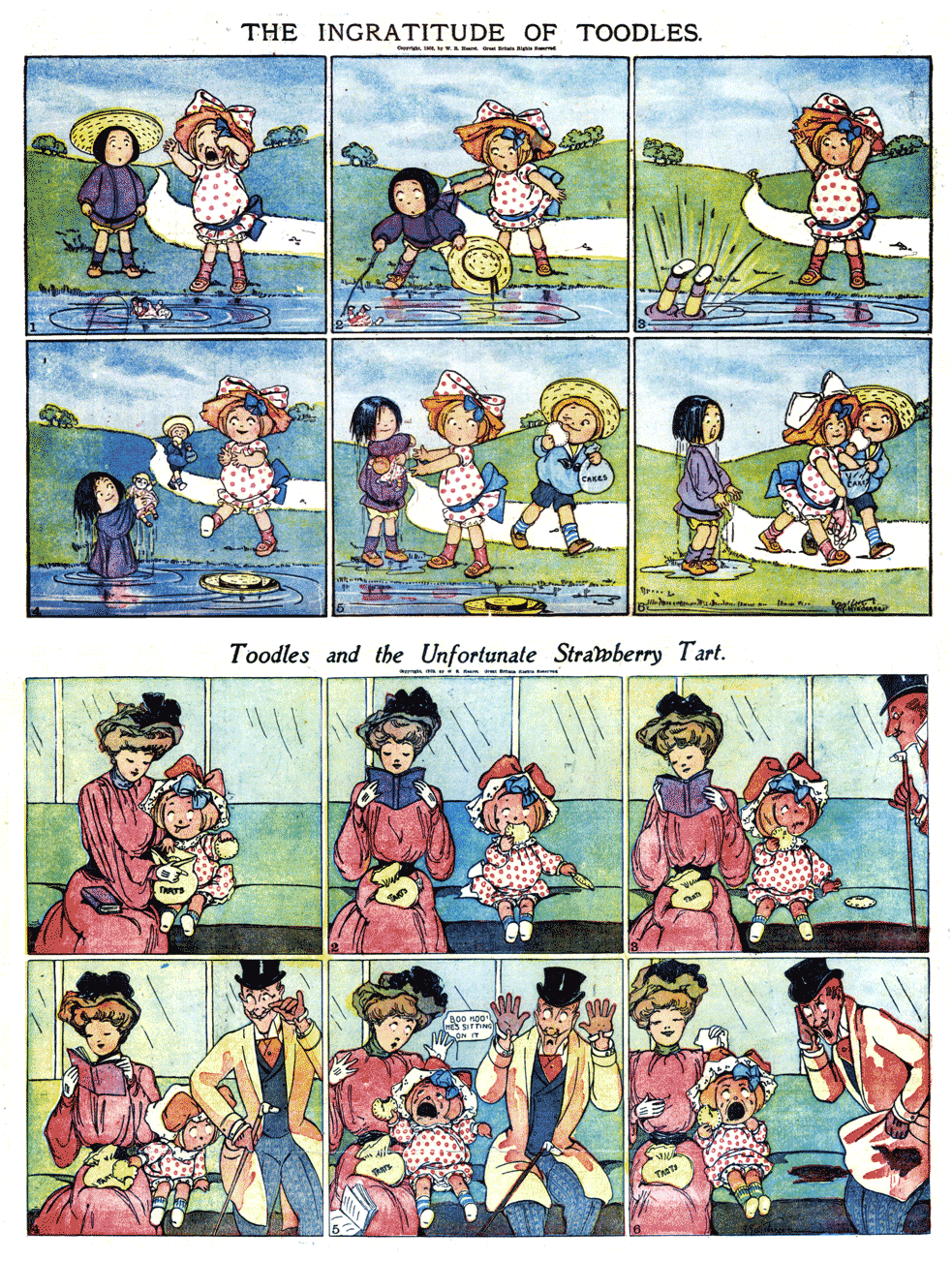 TOODLES (or “NAUGHTY TOODLES”) first appeared in Hearst comics on March 22, 1903. The comic strip was drawn by Grace Wiederseim (1877-1936), who was better known as Grace Drayton, the creator of the immortal advertising moppets, the Campbell Soup kids. TOODLES was her first nationally syndicated feature. 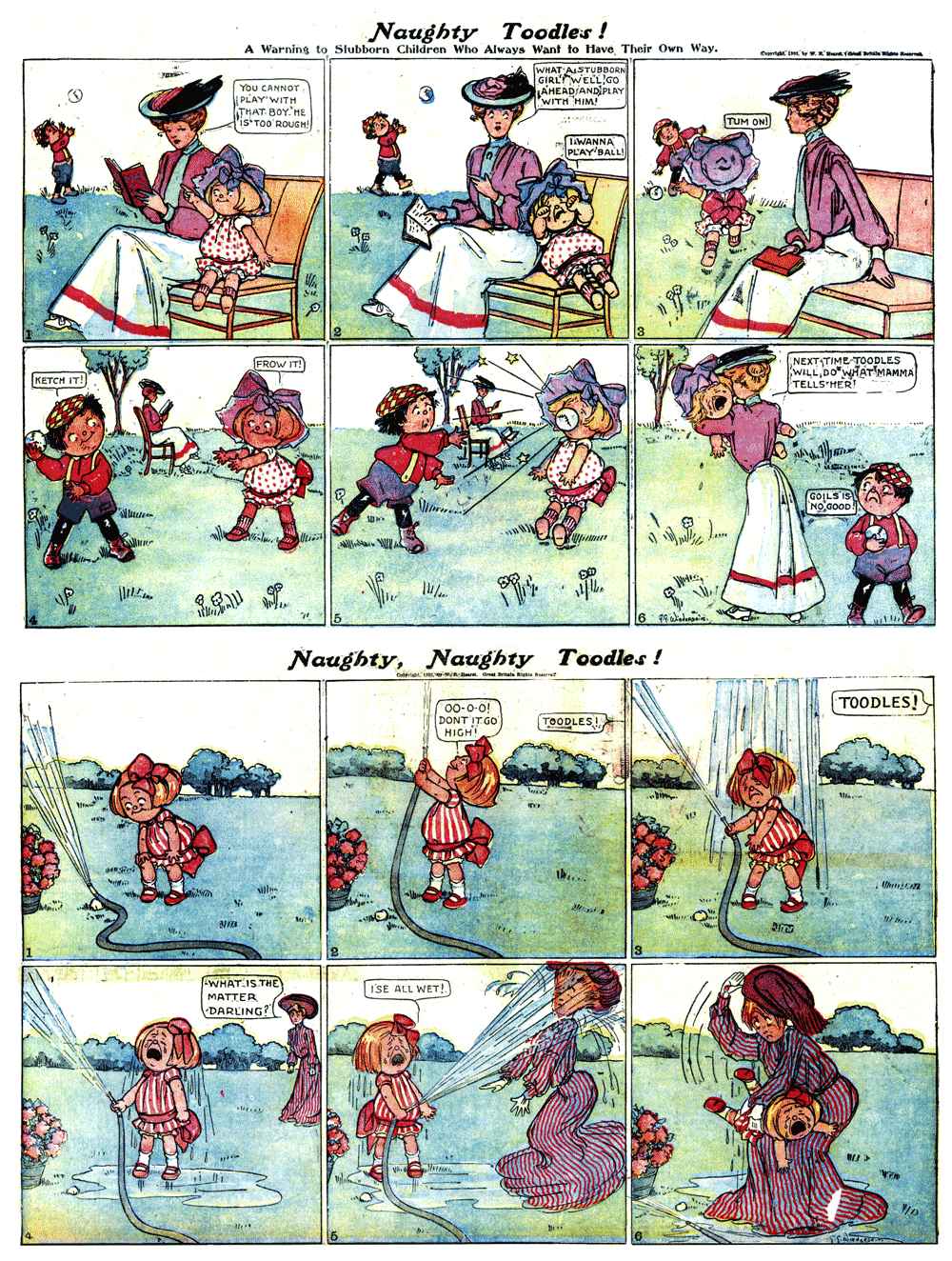 TOODLES was around for a short run amongst the better known stars of the era like HAPPY HOOLIGAN and MR. JACK.  She was mainly a bad little tot who did something wrong and got a scolding or a spanking for her transgression — a very simple storyline, even for 1903. 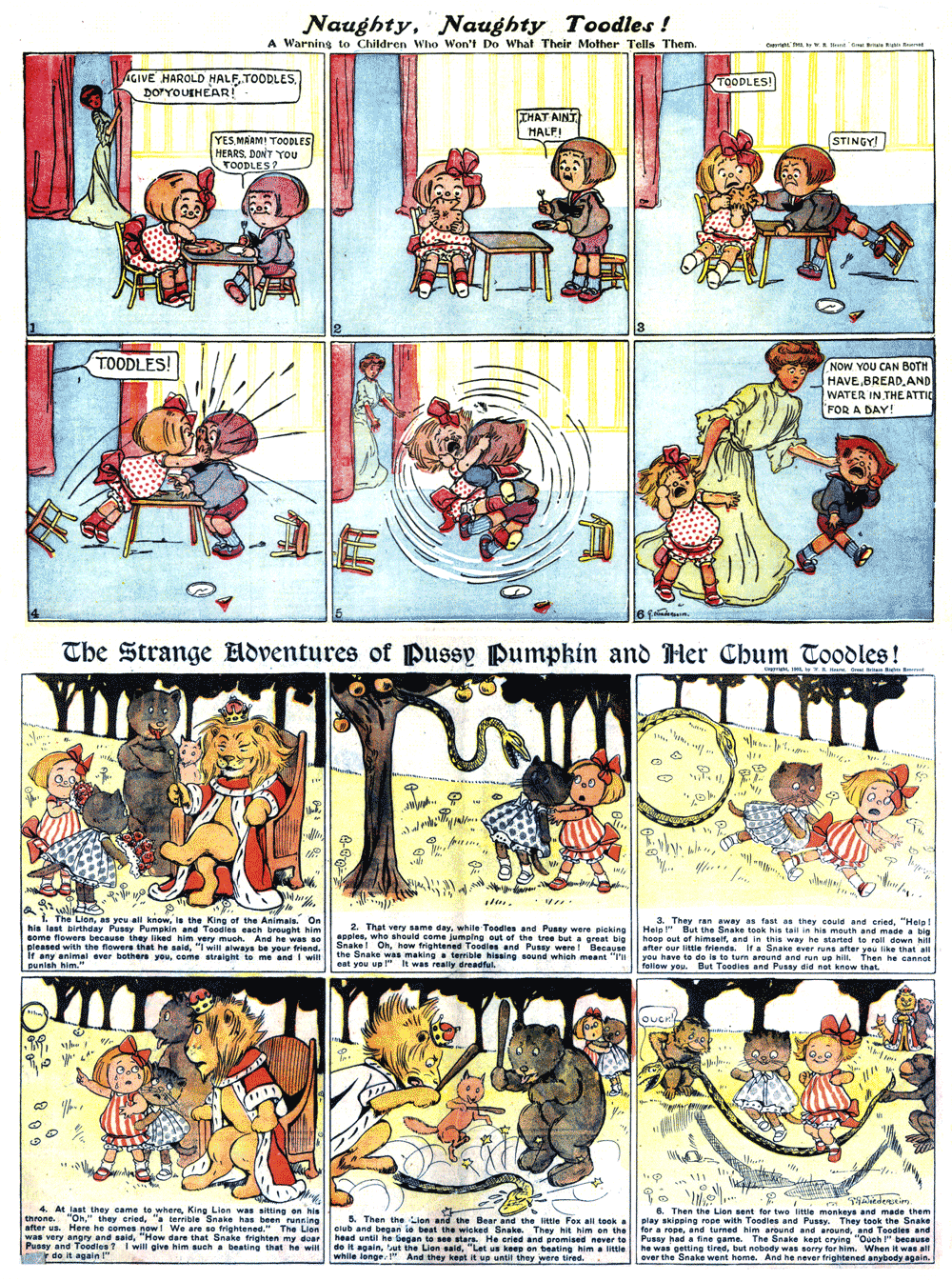 This was unusual in light of Grace’s other strips over the years to follow, such as THE TURR’BLE TALES OF KAPTAIN KIDDO, DOLLY DRAKE and BOBBY BLAKE IN STORYLAND, and THE PUSSYCAT PRINCESS, etc.  Grace didn’t like the usual sequence of panels showing a continuous, if only brief bit of action. Her heart was in fantasy tales for little children. She favored casting her cute little kiddies into realms of magic or fanciful creatures, using the method of showing action highlights with a narrated story along the bottom of the panel (Like PRINCE VALIANT today).  So, she revised TOODLES on August 2, now pairing her with  a magical kitten-girl, about the same age and size, and took her on trips through a talking animal land that one would see in a bedtime storybook. The strip was rechristened “The Strange Adventures of Pussy Pumpkin And Her Chum Toodles!” The strip lasted until January 10, 1904. 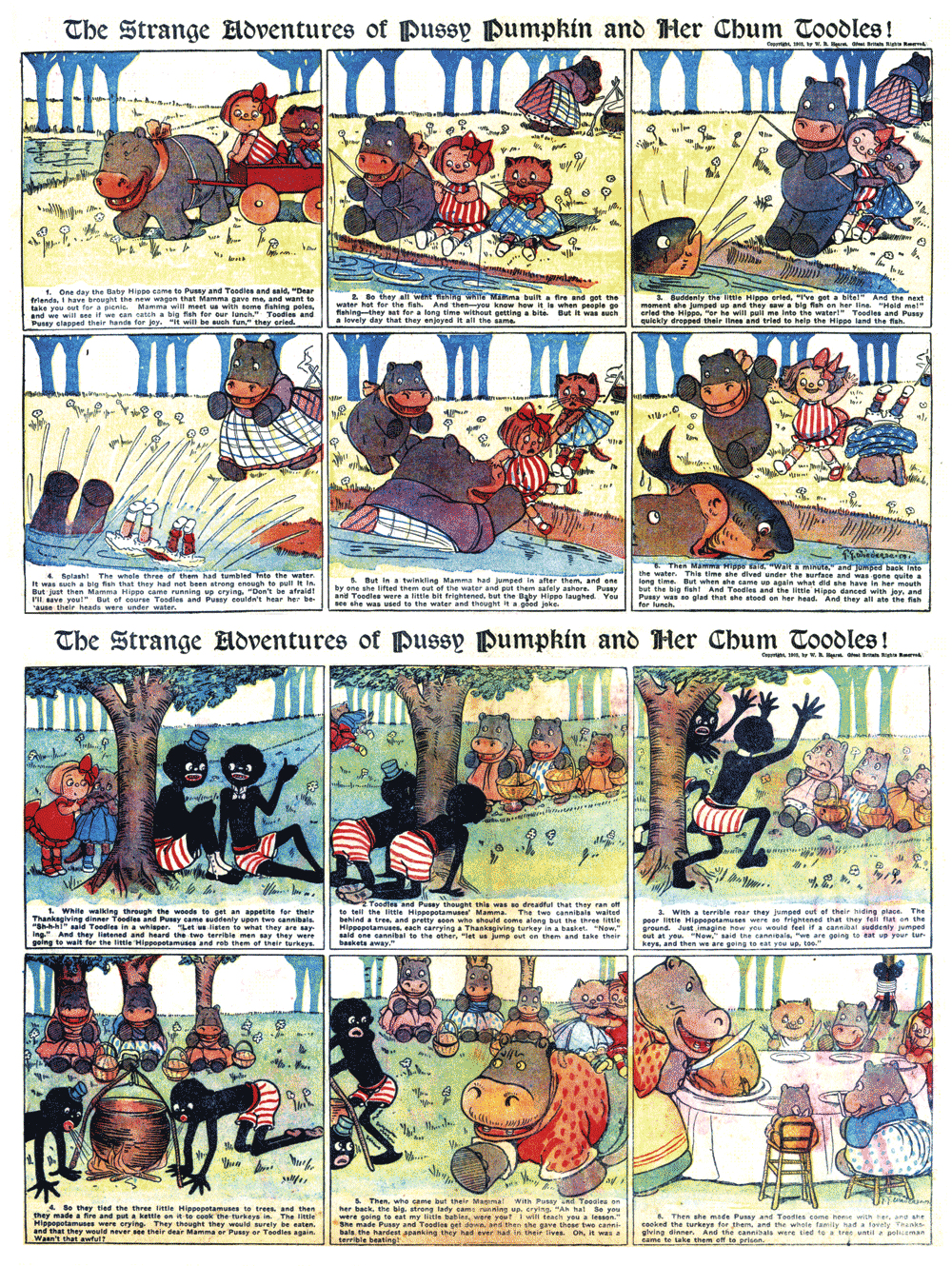 From billm40000:
Do you remember Smokey Stover? It was one of my favorites as a kid. I don’t know what syndicate had that strip, but any chance it could end up in the vintage collection anytime in the future?

Yours until next Wednesday,