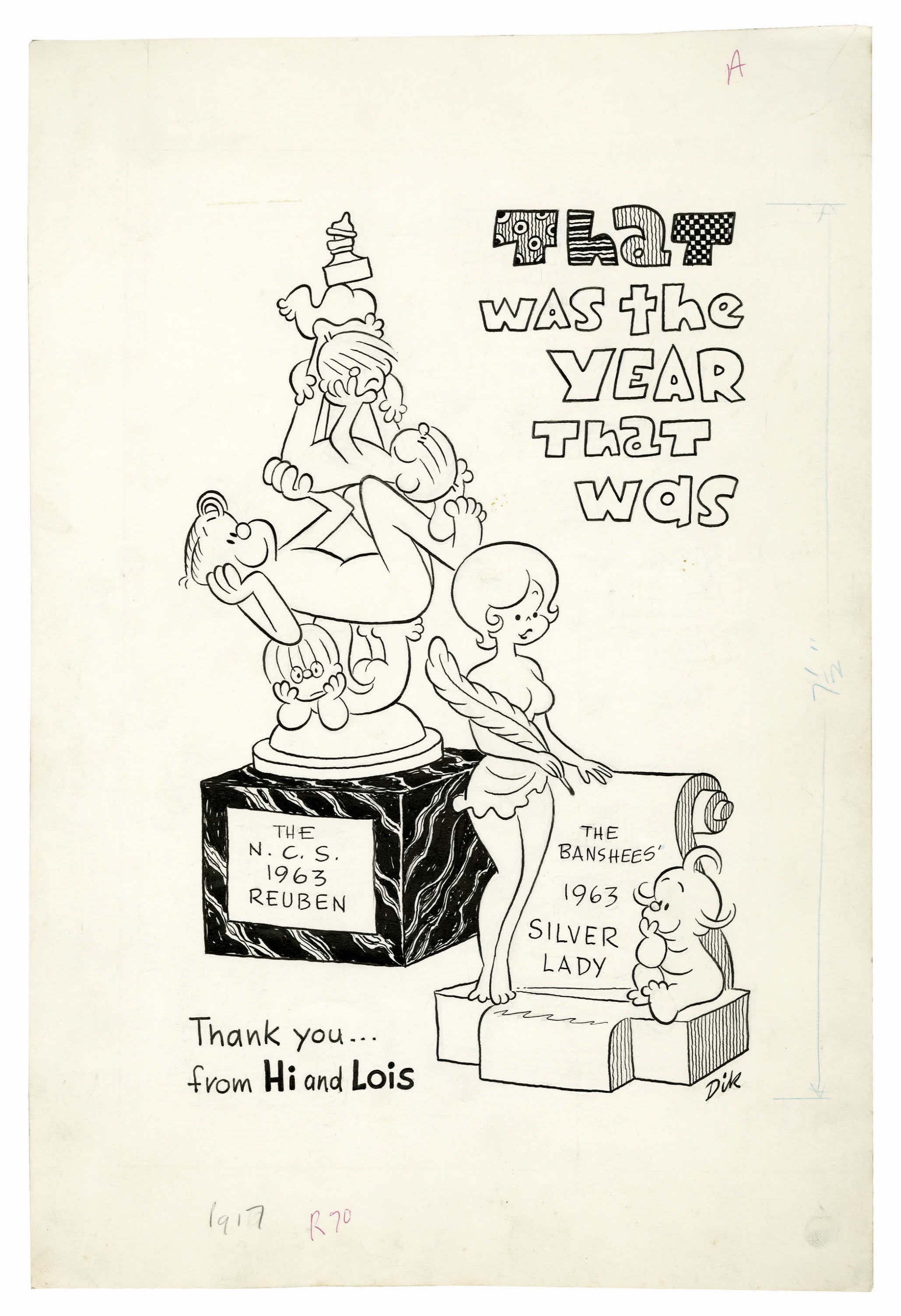 Dik Browne was presented with the Reuben Award as “Outstanding Cartoonist of the Year” at the National Cartoonists Society’s annual April dinner in 1963 for his work on Hi and Lois in 1962.  Although Mort and Dik were co-creators of the strip, the awards, at that time, were presented only to the artist.

This special illustration by Dik, featuring the characters from Hi and Lois, was done to show his appreciation to the National Cartoonists Society.

In 1963, Dik Browne also received recognition from The Banshee’s Club, a New York City luncheon group of several hundred artists and writers. Their Silver Lady Award was sponsored by King Features and presented annually to a deserving newspaper writer or artist.  These dinners were usually held at New York’s Waldorf Astoria Hotel.  The Banshee’s Club had previously honored Mort in 1955.

The Silver Lady was designed by the illustrator, Willy Pogany, and featured a pin-up girl and an elf and was silver-plated over cast bronze.  Here is a photo of the statue that was presented to George McManus, creator of the comic strip Bringing Up Father, on January 16, 1952 by Walt Disney in Beverly Hills. 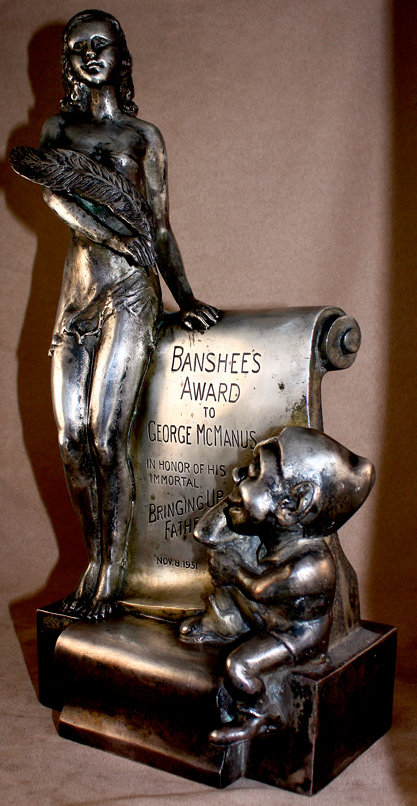