Ask the Archivist: THE HEART OF JULIET JONES

Today, I’m going to show off the work of a really great and underrated cartoon craftsman, Stan Drake. His milestone continuity strip, THE HEART OF JULIET JONES premiered sixty years ago this week. 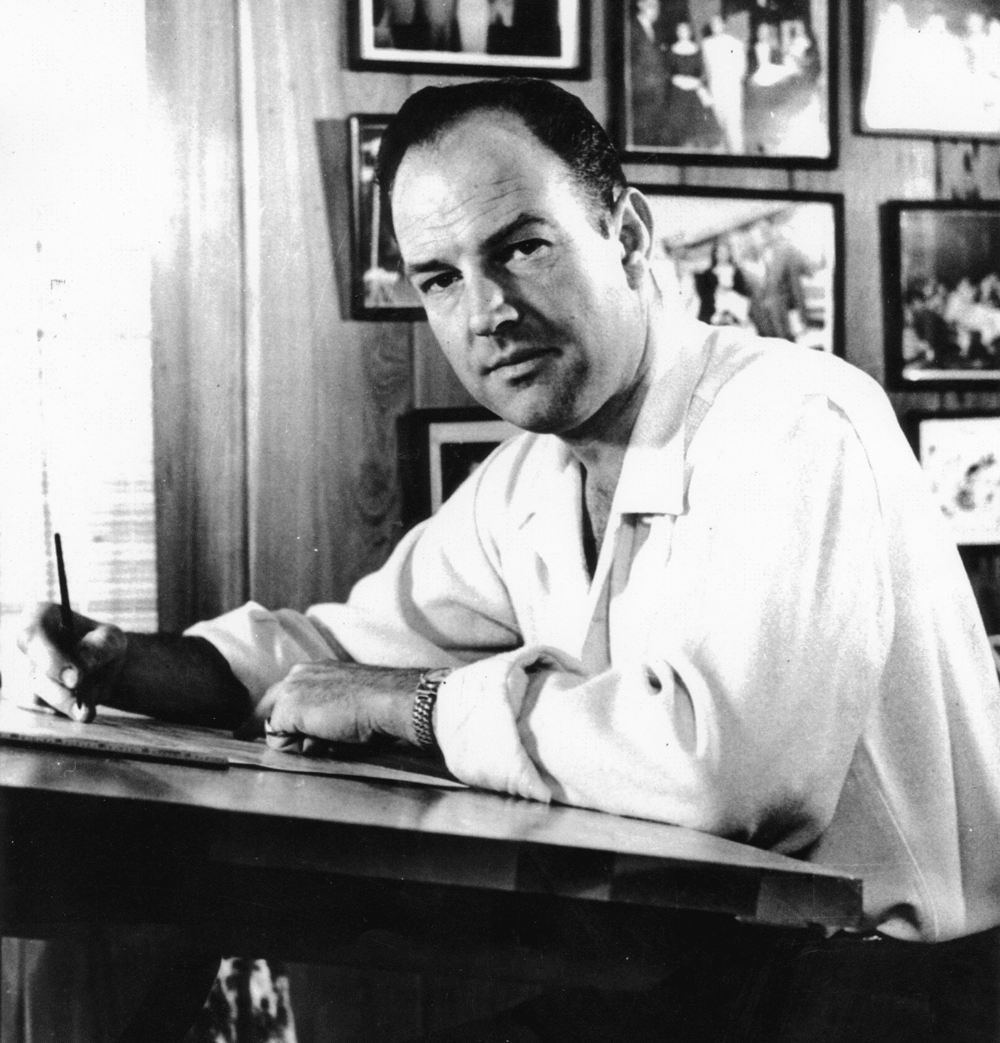 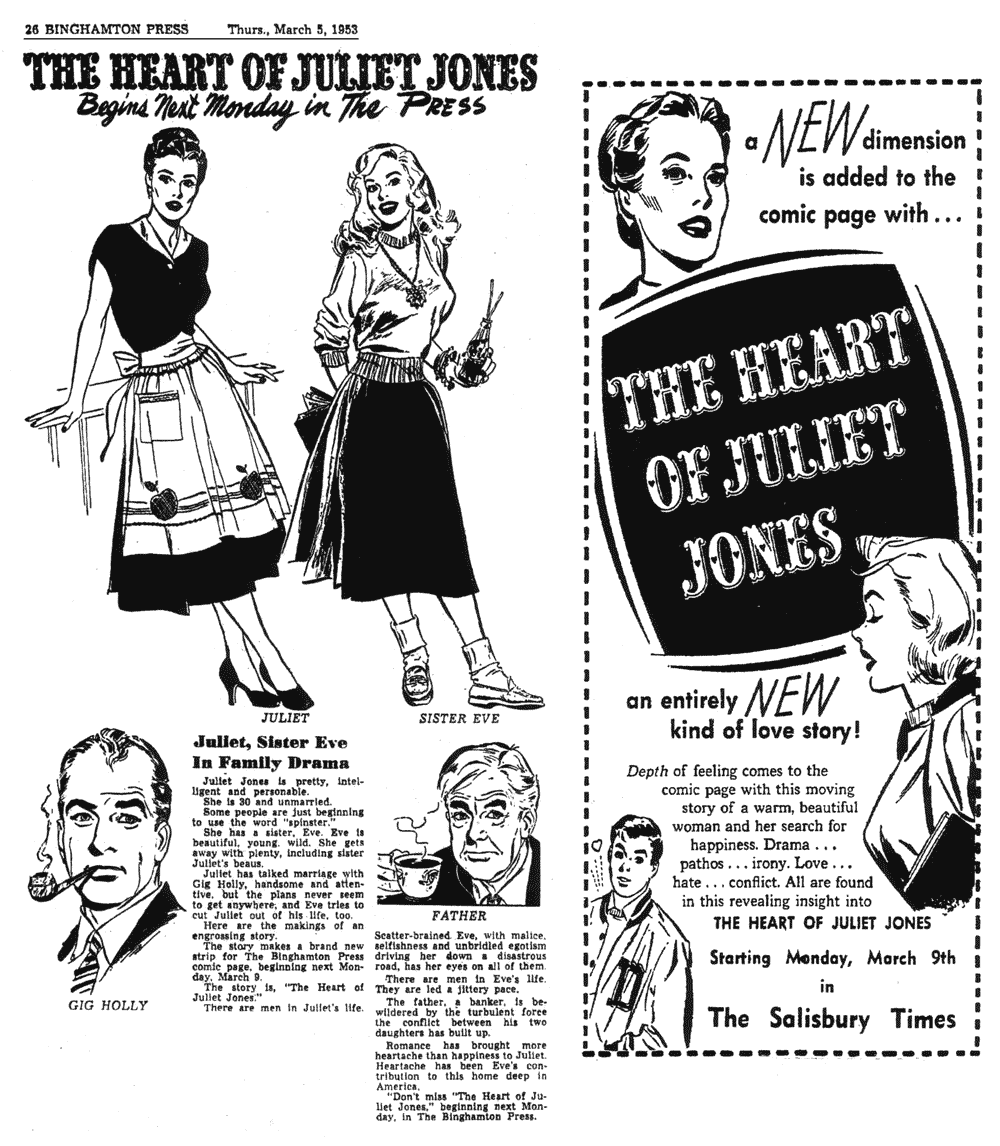 THE HEART OF JULIET JONES was a classic love melodrama strip, or soap opera, if you like. This had been a staple genre for strips as far back as when continuities started to flourish in the 1920’s, but Drake’s strip (written by Elliot Caplin) was right up to date.

The story centers around Juliet, a 30-year-old brunette, her teen-aged blonde sister, Eve, and their widower father. They reside in the tidy, quaint little town of Devon. Although never established just what state Devon might be in, it seems an awful lot like Connecticut.

In the first story, Eve is a classic bad girl, straight out of a drive-in biker/hot rod movie. She’s nasty and rebellious, and gets into a love rivalry with poor, put upon Julie over one of her own high school teachers. This “Lolita”-like arrangement ended with the teacher bowing out of the strip for good on a fast train out of Devon. I wonder how this story would fly sixty years on? A storyline like this was designed to show that Julie has to play mother to sis. However, things between the two brightened up immediately, and Eve was a bubbly, adorable creature with more conventional boyfriends and teenage interests, often going from one job after another. 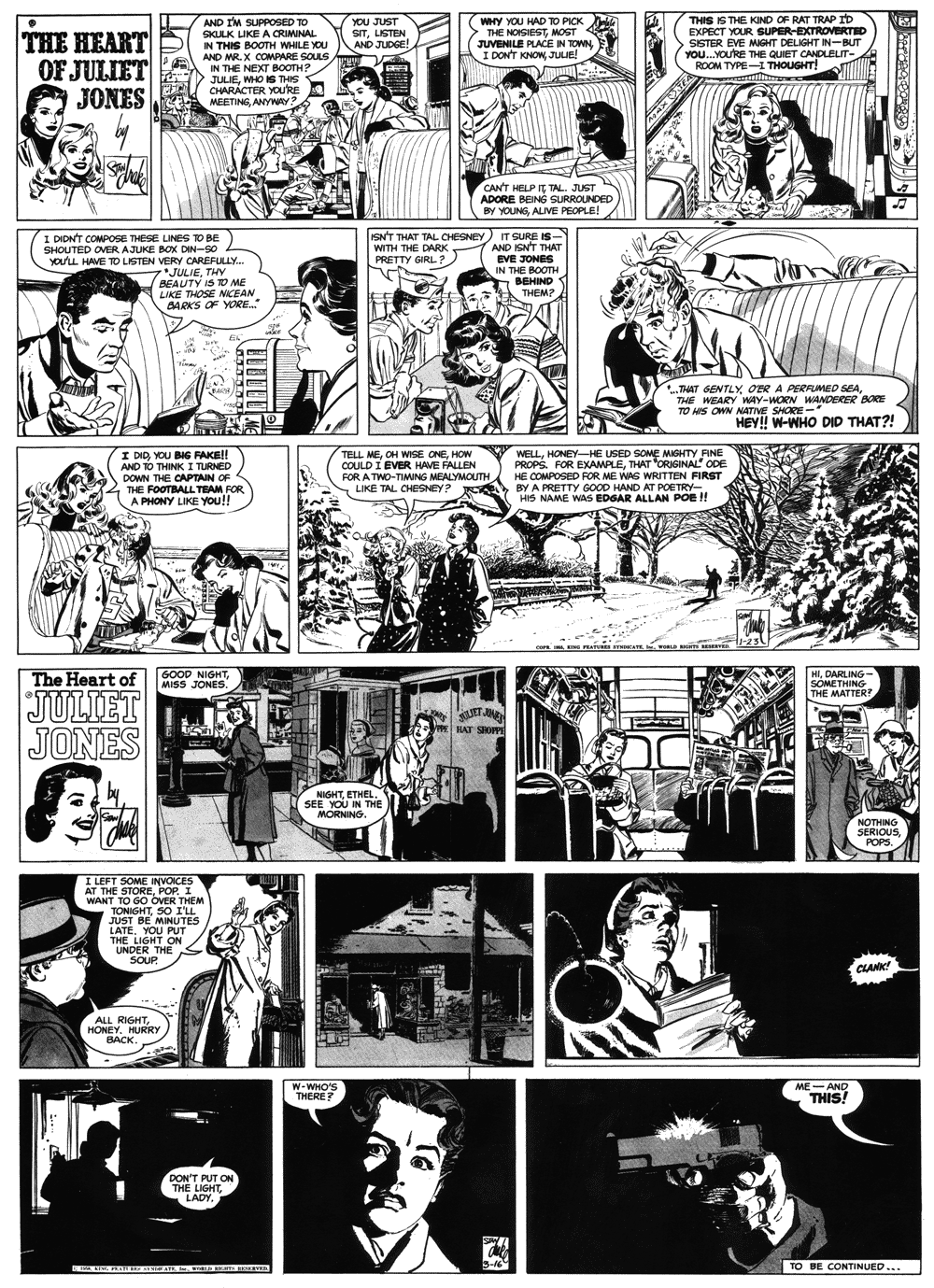 Juliet was still burdened with being the breadwinner of the clan after her father loses his job at a local bank. He’s a tired, meek little man, who looks whipped before he starts. He spends most of his time like Eve, going from one temporary job to another.
Juliet eventually becomes a small business woman, opening a hat shop and creating her own styles, at first, by converting old hand-me-downs. But, she really saves the day by running for, and winning Devon’s Office of Mayor.

Most of the time, though, Eve is the star. Her adventures and love life dominate the strip. Drake based Eve on his wife, and obviously she must have posed for him quite a lot. The expressions and positions are quite realistic, and he could make her seem like a real girl.

I enclose some samples of Drake’s early years here today. He worked on THE HEART OF JULIET JONES until 1989. A gifted draftsman, he had a keen eye for light and shadow. It’s a pity that we haven’t a lot of cartoonists of his talent today.

The Archive Man at KFS