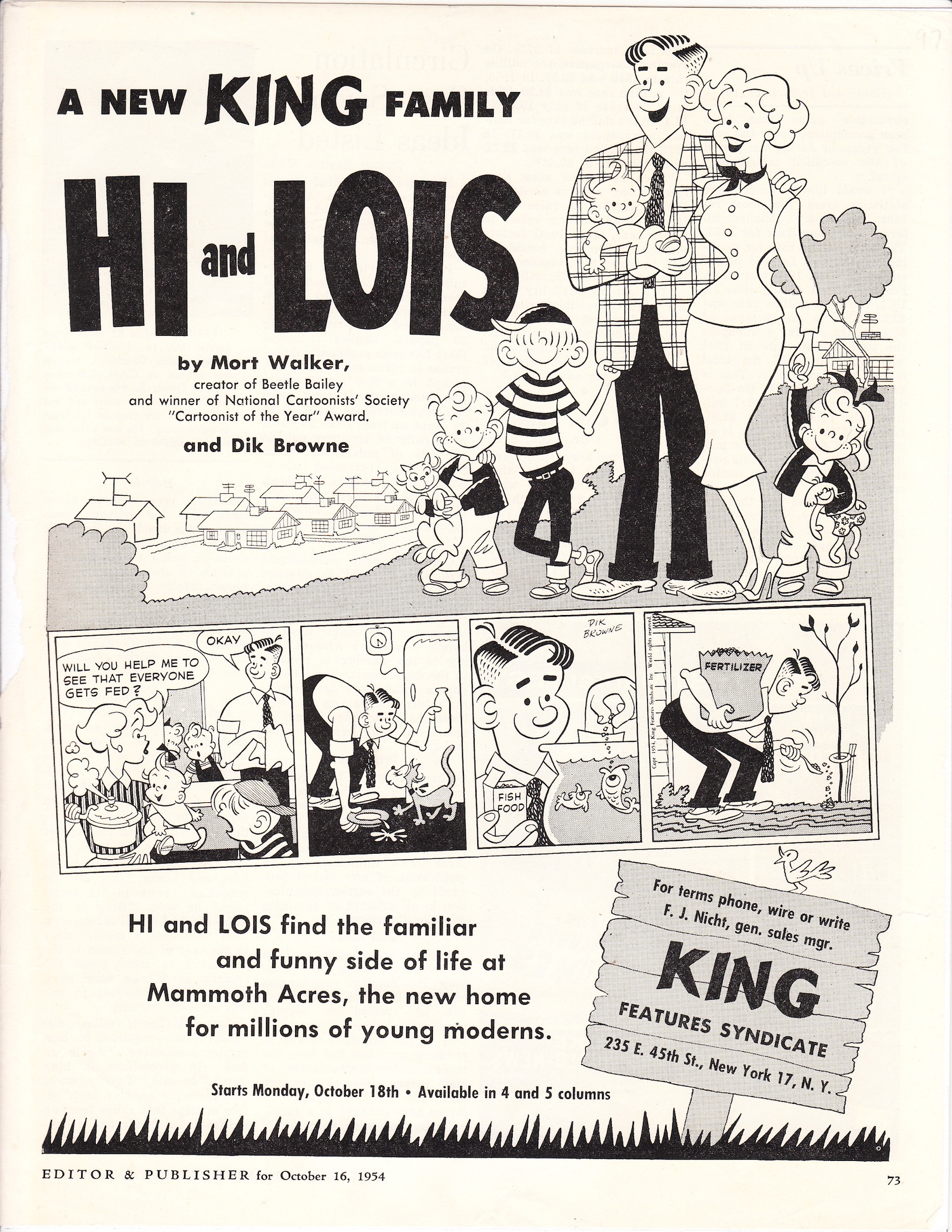 King Features Syndicate launched the Hi and Lois daily comic strip on Monday, October 18, 1954.  This was the advertisement announcing the debut of the feature that ran in the trade magazine, Editor & Publisher, on October 16, 1954.

Dik, who lived in the New York area, remembered seeing delivery trucks for the New York Journal-American with Hi and Lois ads on the sides.

King Features initially signed up 32 clients but the list grew slowly.  Beetle Bailey was a certified success at that point and Mort Walker remembers that, “A lot of editors thought that one guy couldn’t do two strips.”  Some editors also felt that two artists, working together, could not express themselves as effectively.   Others worried that it wouldn’t be as funny as Beetle Bailey.  “We had to prove them all wrong,” says Mort. 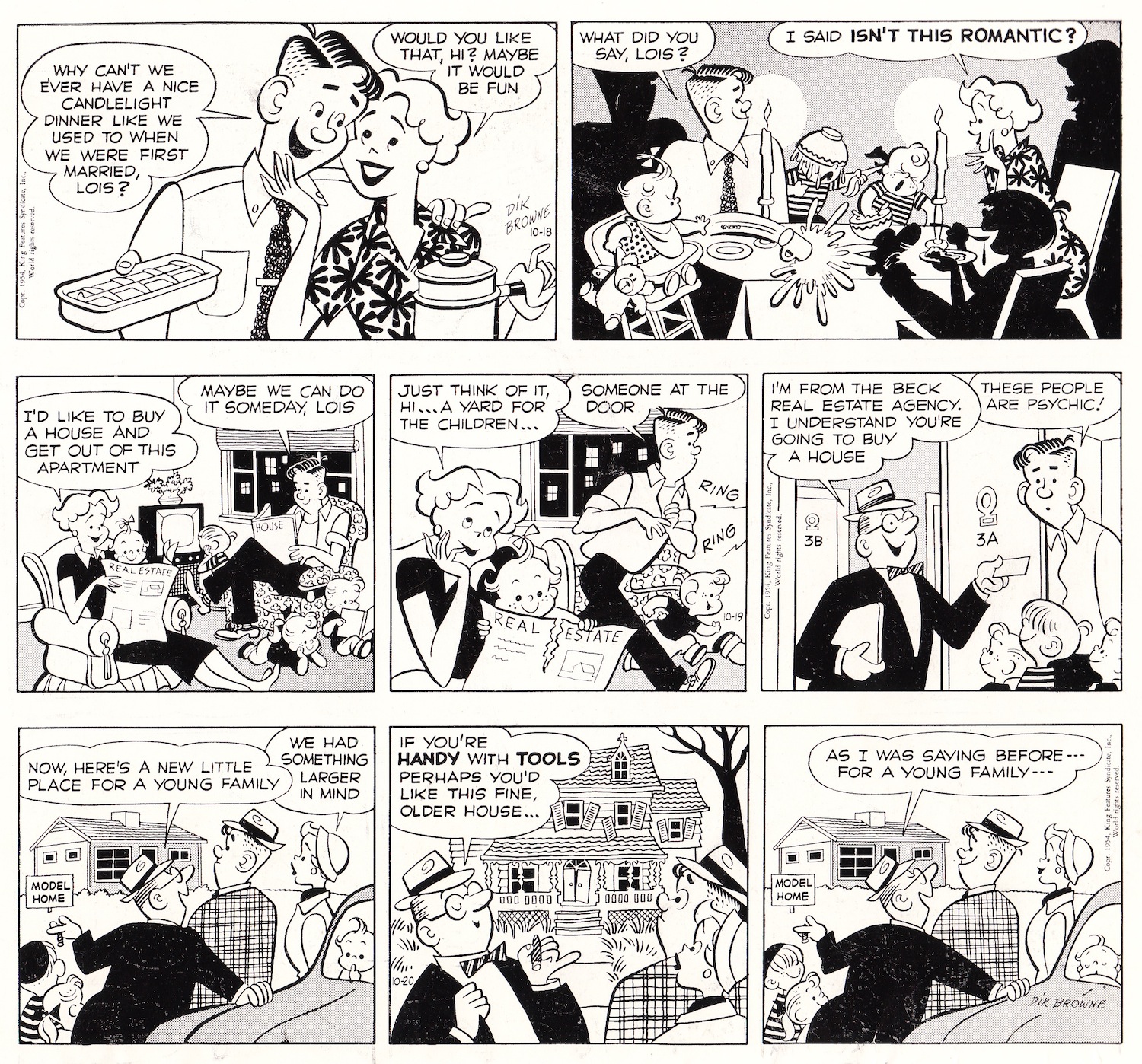 Dik drew these in the clean style he had perfected in his advertising work.  The opening episode is also a rare example of a continuing storyline.  Mort wanted to establish the suburban setting and introduce Hi and Lois as a young, struggling couple.  The experience of leaving a cramped apartment behind and buying a new home was something many post-war families were going through at the time.   The Mammoth Acres Development the Flagstons moved into was typical of the housing projects that were going up all over the country.  Mort used real events and places in the strip to give readers the feeling that they were looking in on people just like themselves.

We will continue to revisit the early history of Hi and Lois in future blog posts, so be sure to check back!