February is Black History Month. This week, we take a look at a cartoon that has engendered a level of controversy through the years because of its depiction of African Americans. The series was a panel called SUNFLOWER STREET, which depicted life in the small-town South. 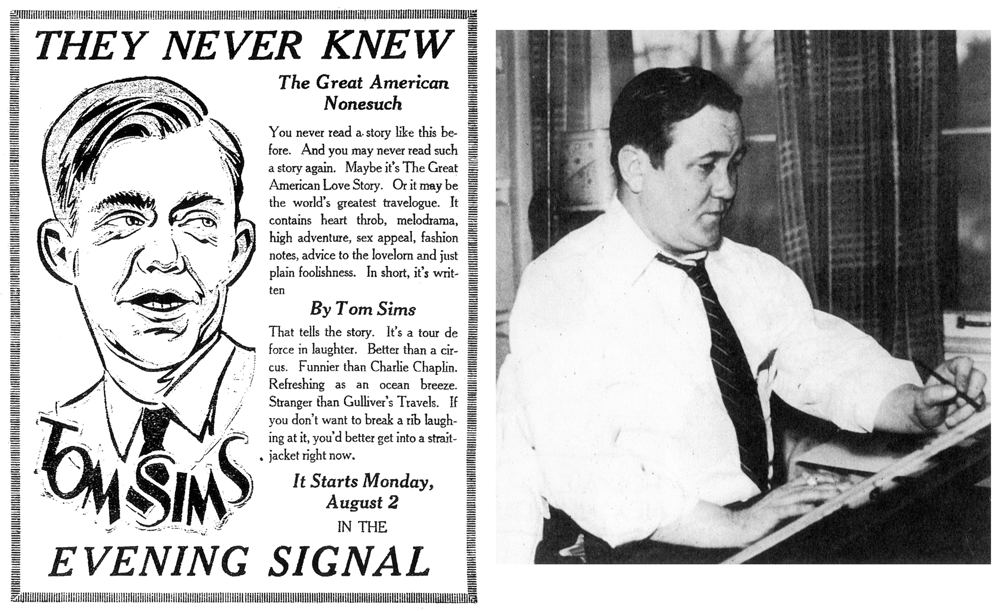 Sims and Little both were veteran newspapermen when they created the panel, which debuted on 3 December 1934, but few newspapers carried it before 1938.

The characters in the all-black cast were led by Pap Henty, a kindly old fellow who dispensed nuggets of wisdom, often with Granny Lou. There were the young lovers, Bubber and Beulah; Eeny, Miny and Moe, who were three mischievous little children; Cousin Bobo, who was an overgrown kid without much sense; The Native, a hermit that ventured out of his shack to give wry takes on the world; and others. The meeting place would often be at Willie’s Barber Shop or Oscar’s Diner. 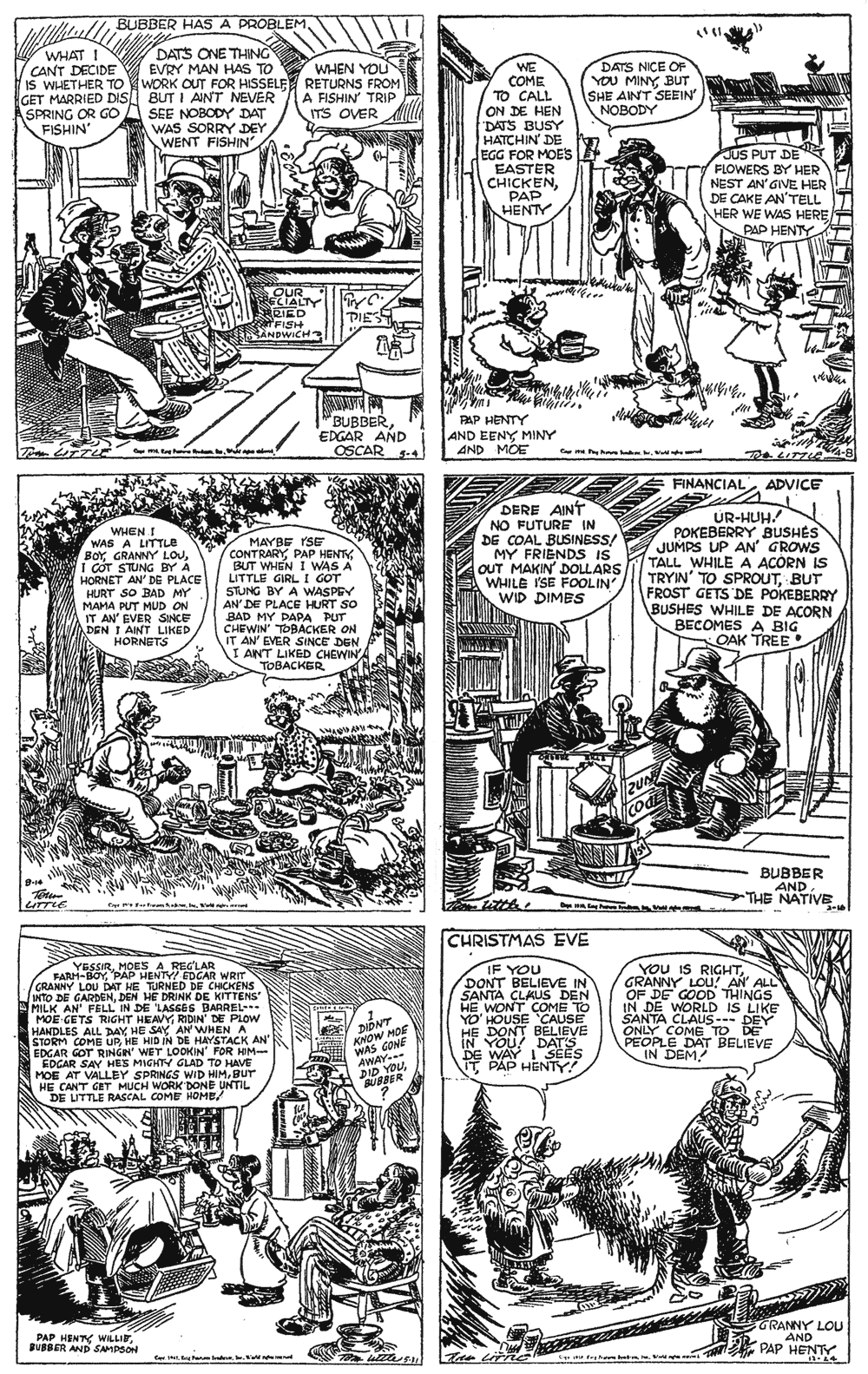 It was a sort of easy living, idealized hometown—the kind that Mayberry would be in the generation afterward. The residents had good, safe, middle-class lives. Everyone had a job, good homes, and even small businesses. Sunflower Street never had any serious problems. Food, vacations and romance seem to have had more fascination than real-world problems for the cast. However, when World War Two began, they all pitched in, and Bubber even joined the Army. 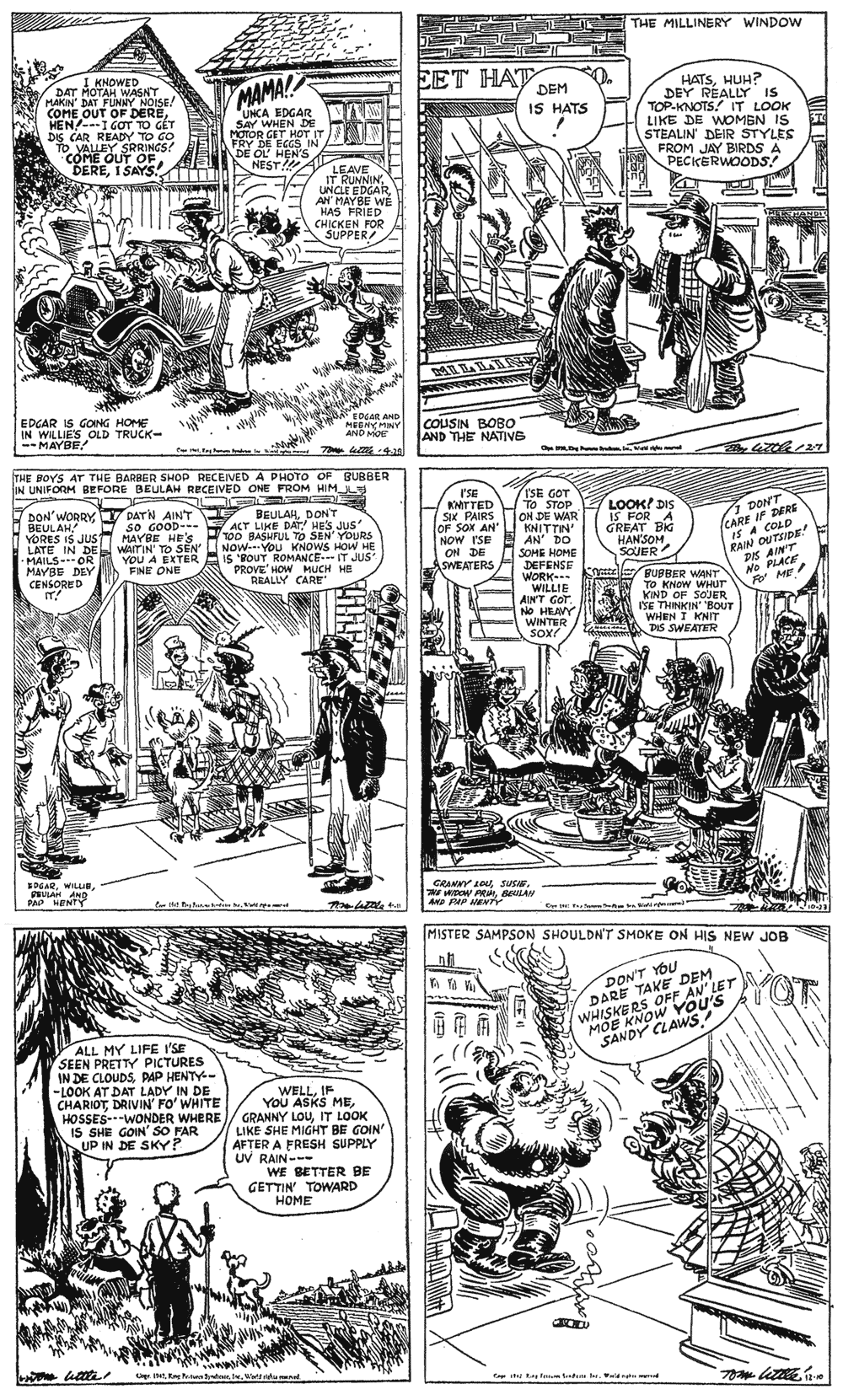 But for the most part, there aren’t big laughs, it’s all a gentle flow of vignettes of life: warm, human, and mild…or dull!  Sims might have thought of himself as a latter day Joel Chandler Harris, but for many black readers, the minstrel show dialect was off-putting and the simple characters, with their “Amos ’n Andy” blackface, while intended to be charming, were seen as condescending. Sims eventually left the feature to concentrate on authoring POPEYE, and Little continued to do both tasks for most of the comic strip’s run.

There never were a lot of newspapers that carried the comic strip. It has been said it was intended for Southern newspapers, but in reality, few clients, in either the North or South, took it. Rather than offend anyone, SUNFLOWER STREET was discontinued, ending on April Fool’s Day in 1950 with the panel lasting only 15 years. As times changed, SUNFLOWER STREET was cited as a racist cartoon, but in truth, it was never offered with anything but the best humor intentions.