Caricatures in Comic Strips—Why Can’t I Draw These People?!!!

Every once in a great while I’ll write a strip with a real live, famous person in it. The first question I always ask when I’m writing these strips is whether I’ll be able to draw that person. I’ll be the first to admit that drawing caricatures is not one of my strong skills. I don’t expect my celebrity drawings to look anything close to professional. I do, however, think they should at least resemble the people I’m trying to parody.

The first celebrity I used in a strip was Aerosmith’s Steven Tyler. At the time I figured all I had to do was draw the right mouth and come close on the hair. Putting him in dark glasses eliminated any issues with drawing his eyes. It wasn’t a very good likeness, but readers got the idea.

The next celebrity strip I did about a year later starred Gilligan and the Professor. These two were much easier to draw, probably because I grew up watching them on television. My father would occasionally wander by when we were tuned in and ask us why we would watch such a stupid show. At the time I didn’t think to tell him it was so I could draw the characters in a comic strip 40 years later.

Other times I completely cop out, like with the strip below that features John Edwards (before his great fall).

He actually appears this way in 3 strips. Drawing his $300 haircut was more than I felt I could handle, so I “simplified.” I do think I captured his shirt and tie pretty well.

I’ve been honing my caricature drawing skills in my spare time (which I don’t have much of these days) using Tom Richmond’s The Mad Art of Caricature! I’m currently drawing my way through my family. If you haven’t had a chance to check out this amazing book, you must get your hands on a copy right away. Hint: Go to  http://www.deadlinedemon.com/

Now I want to show you a few caricatures other artists have done of me over the years.

I was at a corporate party when this one was done. I was just 26 years old. 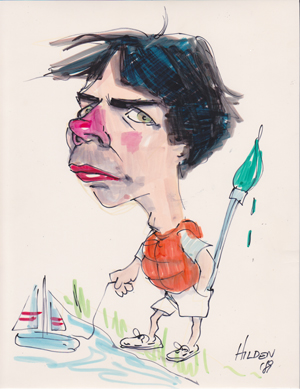 I remember her asking me what my hobbies or interests were. Can you guess what I told her? I wonder what she would’ve drawn if I had told her I was into particle physics and dark matter.

This next one was done by a young fan. I think she captured my over-caffeinated expression pretty accurately. 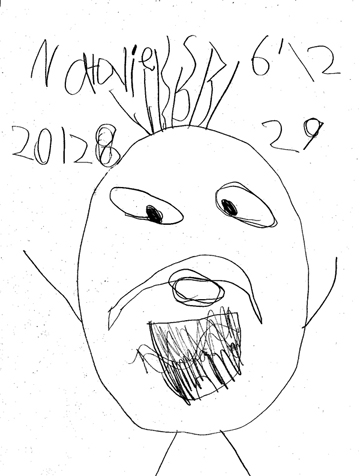 The following was done by editorial cartoonist Milt Priggee. I want to say he drew this in under a minute. 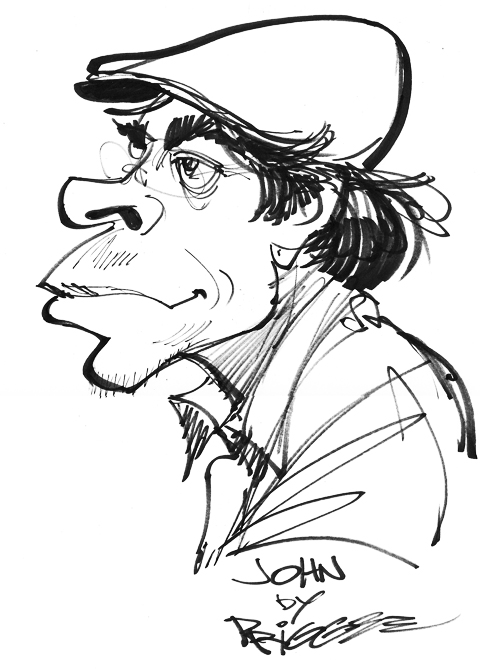 My friend Mike Edholm drew this next one. It was obviously drawn during the “Noir Graphic Novel” phase of my life. Mike is another amazing illustrator and cartoonist. 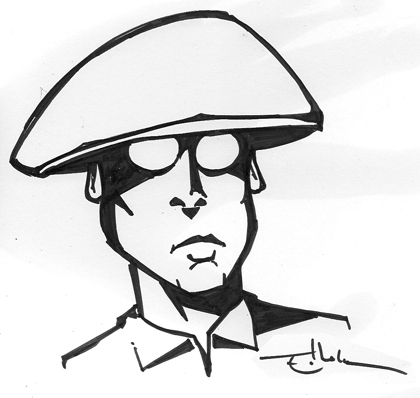 My teenage daughter Katherine recently offered up this incredibly accurate drawing of me. She’s turning out to be a pretty good artist! 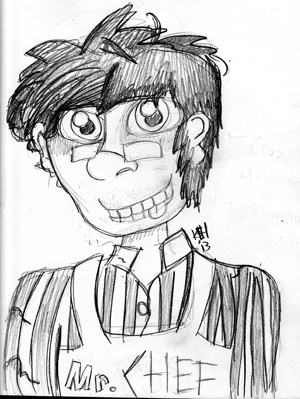 And last summer I had the privilege of getting my caricature drawn by my friend Tom Richmond, the best caricature artist in the business. I’m always amazed and never disappointed with anything Tom does. 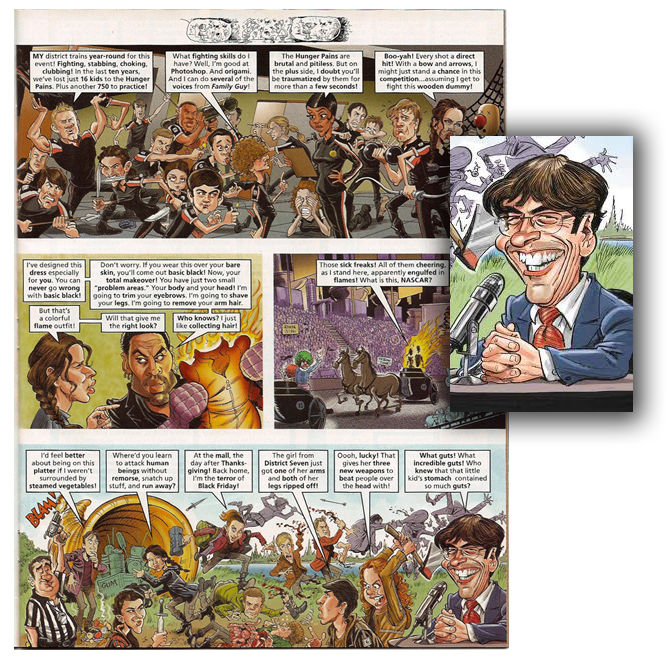 The illustration that included me appeared in MAD Magazine, April 2012, Issue 515. The parody was of “The Hunger Games”, and I’m the commentator making asinine remarks. The role suits me well, and highlights my extremely limited talent as a comic strip actor.

And speaking of MAD Magazine, I just re-subscribed to 3 more years of MAD drivel from The Usual Gang of Idiots. If you know what’s good for you (or bad), you’ll subscribe too.