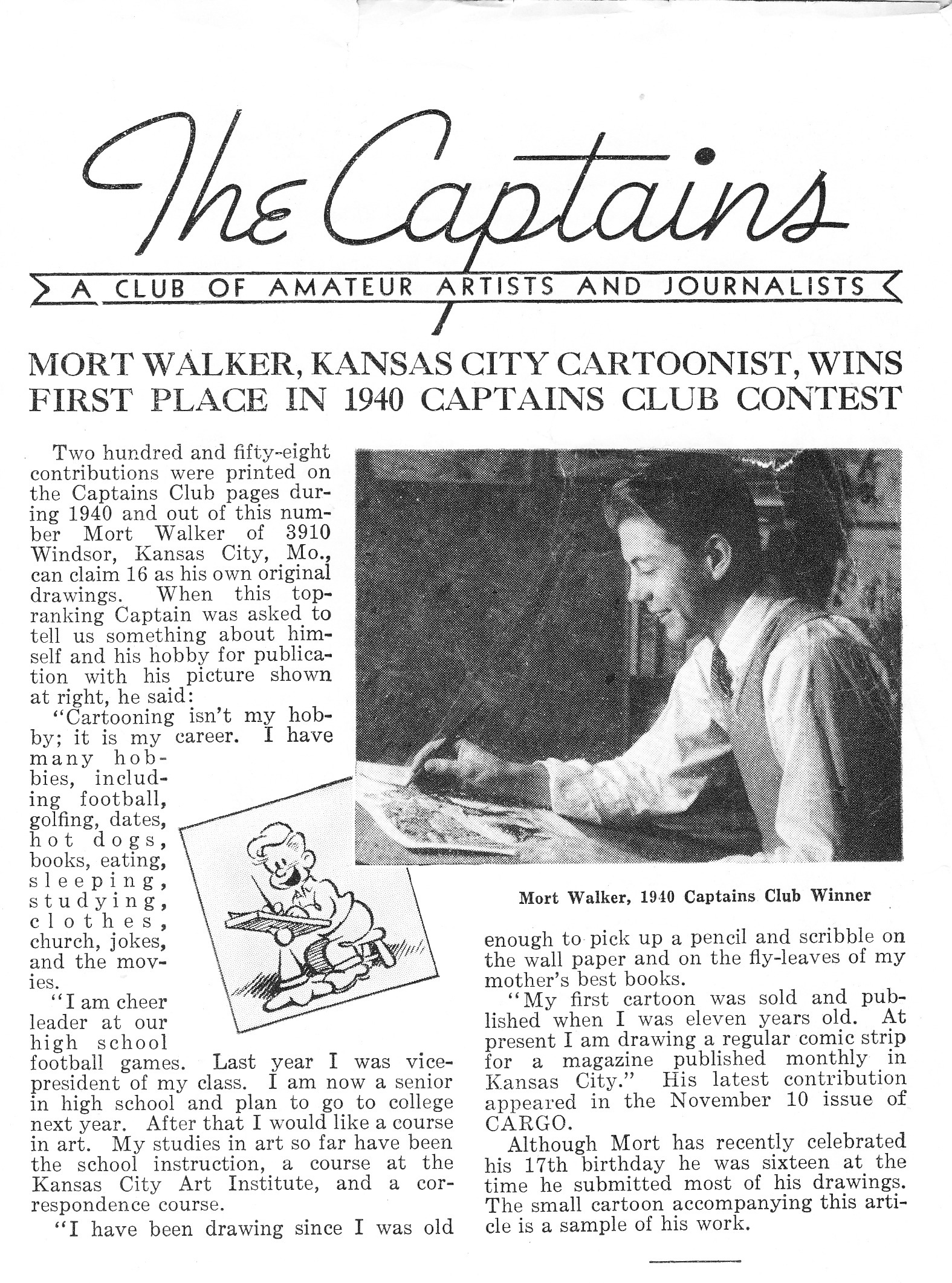 “If there is such a thing as being born into a profession, it happened to me,” Hi and Lois creator Mort Walker claimed in the introduction to his 2001 autobiography, Mort Walker’s Private Scrapbook.  “From my first breath, all I ever wanted to be was a cartoonist.” He drew cartoons for his school newspaper, The Scarritt Scout, when he was 10.  He sold his first cartoon to Child Life magazine at the age of 11.  His first comic strip, The Limejuicers, ran in the Kansas City Journal when he was 13.  He submitted his first comic strip to a national syndicate at the age of 15.  By the time Mort graduated from high school his work was polished and professional.

Cargo, a magazine for boys and girls, published this profile of the young cartoonist in the issue dated January 5, 1941.

The Captains was a club for amateur artists and journalists and invited their members to submit articles, poems, photographs and drawings.  The suggested topics for drawings in this issue were: In the Park; Tobacco Barn and My Sunday School Teacher.  One dollar, plus a Captains Club membership card and club pin were given to each person whose contribution was published.

Shortly after this article appeared, Mort started working as a greeting card designer for Hallmark while he attended Kansas City Junior College. In 1942, he was drafted into the army and served in Italy during the war.  He resumed his cartooning career and attended the University of Missouri when he returned.