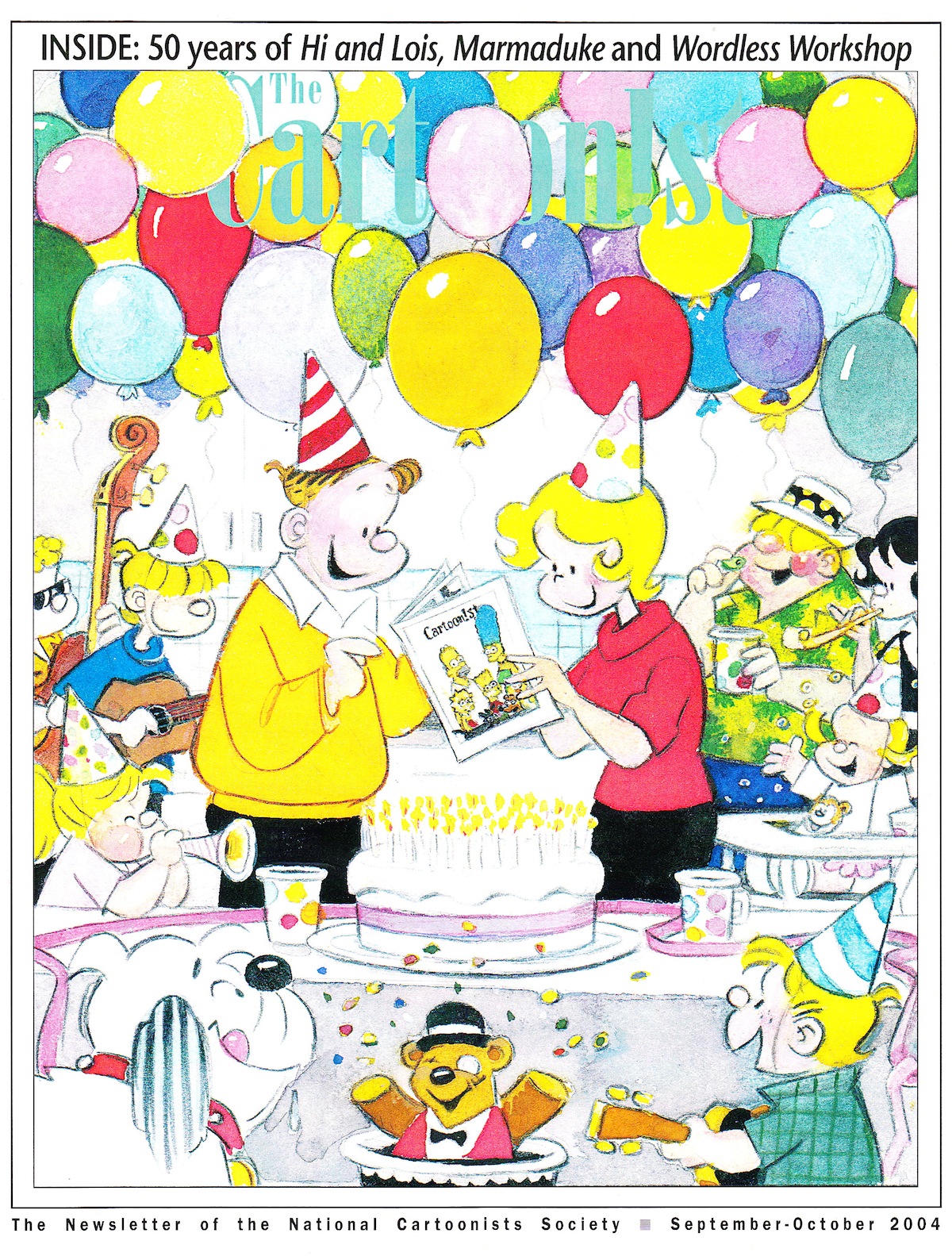 To celebrate the 50th anniversary of Hi Lois, Chance drew a birthday party scene featuring all of the Hi and Lois main characters.  This illustration originally appeared on the cover of the National Cartoonists Society newsletter, The Cartoonist, in 2004.  He did the illustration in pencil to capture the feeling of the gag roughs that he remembered seeing on Dik’s drawing board when he was young.  He decided to keep the linework in pencil on the final version, instead of inking it with a pen, to give it a softer look.  All the color was done with watercolors.

Our Scandinavian publisher also did a 50th anniversary issue of Mads & Misse, a comic magazine produced in Copenhagen.  Chance drew an entirely new illustration for the cover and Michael G. Nielsen, the editor, did an interview with us in Brian’s studio.  There was a ten-page section in the magazine that featured photos of us at work and detailed the process of how we produce the strip. 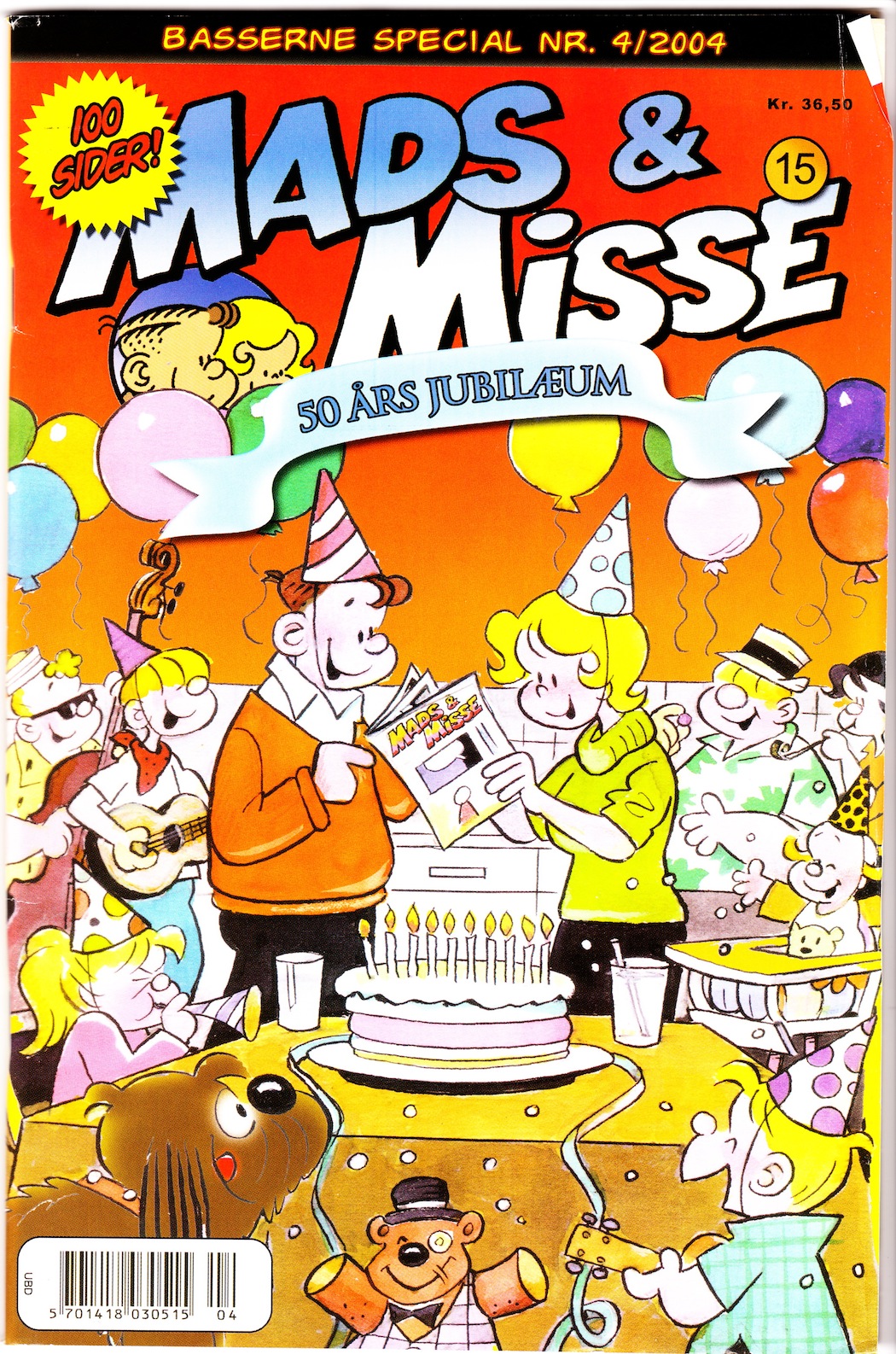 Chance used a slightly heavier line on this drawing although the publisher changed some of the colors.  Note on the cover of The Cartoonist that Lois is reading, The Simpsons appear and on the foreign version, the Mads & Misse logo is featured.

In retrospect, Chance prefers the coloring on the original illustration, although he wishes he had used a slightly heavier line.  The coloring on the foreign version was brighter but a few mistakes were made, such as Dawg being brown instead of white.  Special art assignments like these are always fun and challenging.