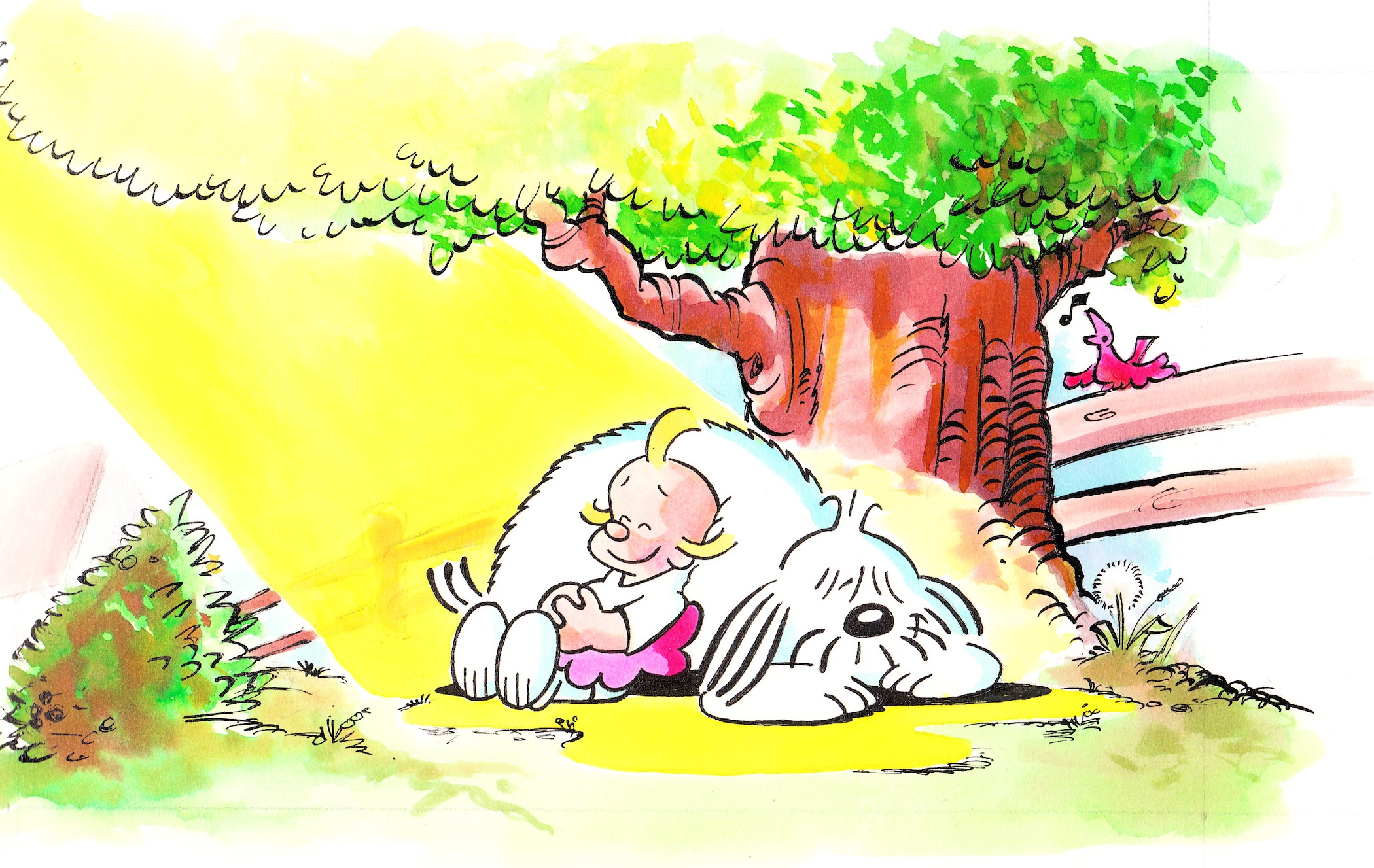 In the late 1980s, King Features made a deal with Avon Books to do a series of reprint collections featuring a number of their popular strips.  The first volume in the series was “Trust Me! – Ernie’s First Year” by Bud Grace.

The second release was “Here Comes the Sun – A Hi and Lois Collection” by Mort Walker and Dik Browne. When this book was published in May 1990, Dik had passed away. His son, Robert, also known as Chance, who had started assisting on the strip in 1980, had taken over the drawing full time by then.

I wrote the introduction to the book and selected the strips to be reprinted, which spanned the period from before and after we had taken over the feature.  Chance did this beautiful preliminary design for the cover.

Although King Features used the same concept on the final cover, they darkened the linework, punched up the color and made other changes.  These alterations might have increased the marketability of the book, but Chance and I always preferred the subtle tones of his original watercolor. 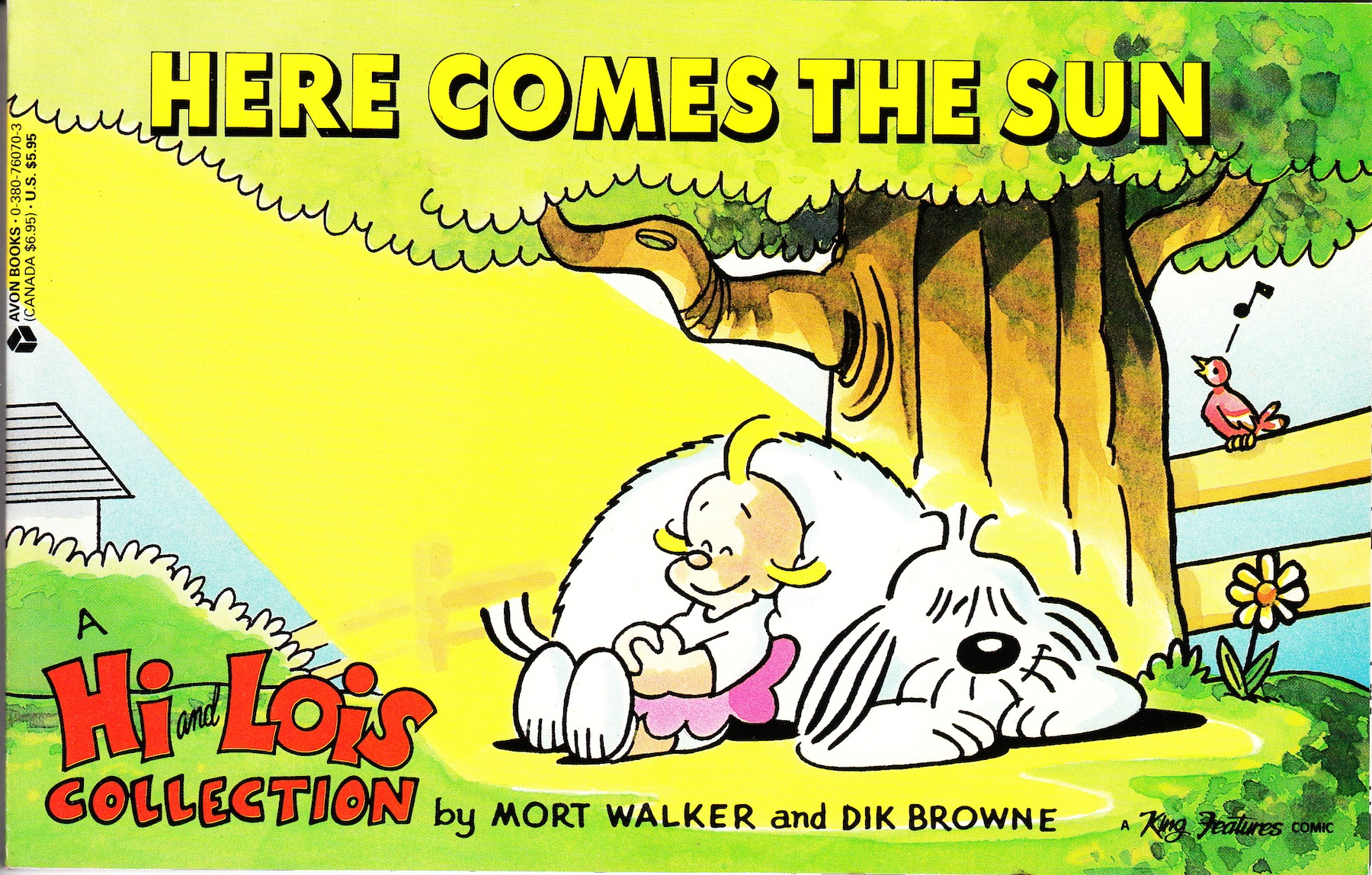 Chance also did a charming flip-book sequence of Trixie that we included in the right-hand margin of the book.  When readers flipped the pages, Trixie dropped downwards, bounced back up, flipped head-over-heels and returned safely to the bottom of the page.

“On the Mommy Track” by Bill Holbrook and “The New Breed” by various artists followed in the Avon series.  All of these books are now out of print, but can be purchased from secondary sellers at Amazon and Barnes and Noble.