Thirty years ago, a little strip by Steve Carpenter and Ed Wallerstien appeared in the King Features’ talent stable about an adorable Yuppy puppy named “RIBBONS.”

Ribbons was a real Material Girl/Valley Girl/Cyndi Lauper type. Self-centered and obsessed with the good life, canine style. She was an avid fan of ”Dynasty,” had bejeweled flea collars, and only drank Perrier from her the water dish, etc., which was all very odd because she lived with her owners, a suburban, middle-class older couple named Alice and Walter. To offset this, her neighbor’s dog, Haywire, was a complete slob who lived in a garbage-strewn hovel. The two dogs have a relationship going on, but it’s only puppy love!

Elements of the comedy were Walter’s grouchy relationship with his grandchildren, Haywire’s constant stealing of Walter’s home-delivered paper and visits to friendly vet, Dr. Coldnose.

About midway in its’ run, February 1984, the strip was rechristened “RIBBONS AND HAYWIRE.” However, the strip, though charming enough, never caught on and was discontinued in April 1985. The final daily strip is shown below. 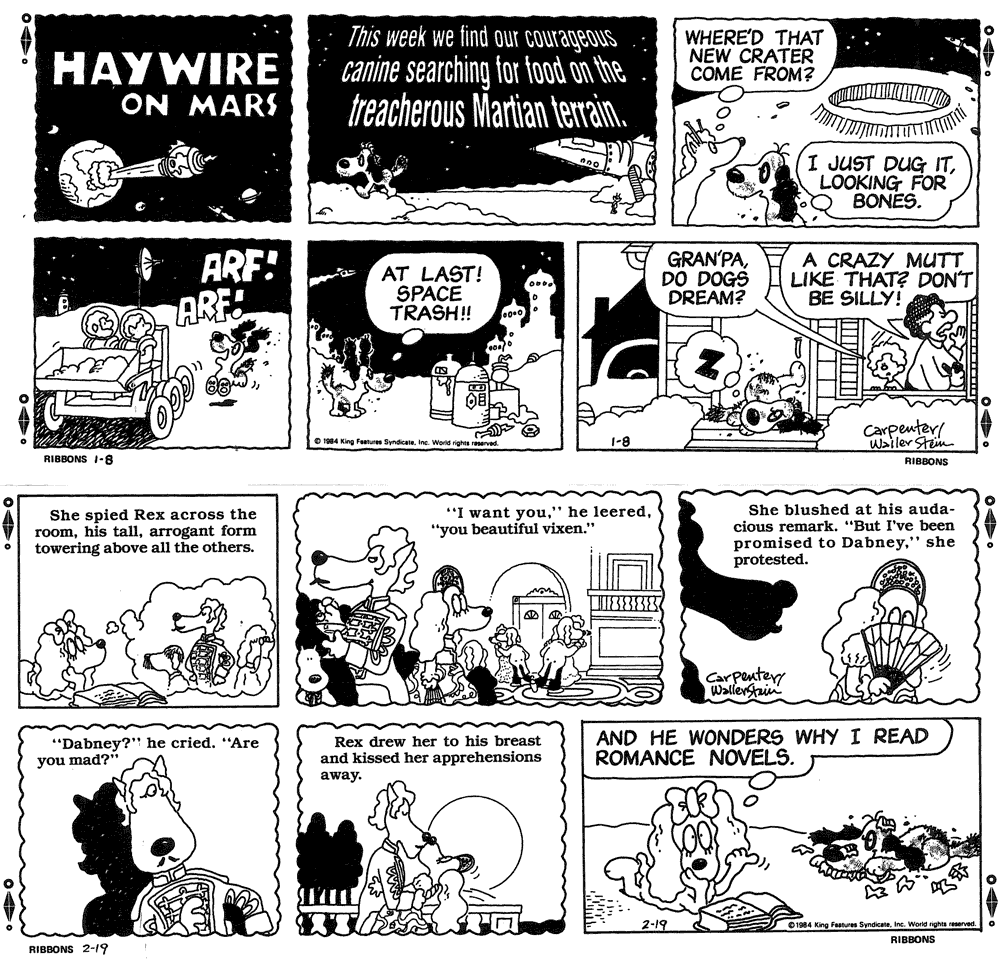 To  Mr. Whoopee and Isabella Bannerman,

I was fortunate enough to find the extra promos for the “Maggie for Mayor” series, that’s not easy to do 80 years on. But if you liked “BRINGING UP FATHER,” we’ll be doing a few entries next year during the 100th anniversary of the strip, so keep checking this weekly blog for it.