Here is an obscure strip that once had a place in the Hearst newspaper chain’s PUCK comic section. The strip I’m talking about is “DICK’S ADVENTURES IN DREAMLAND,”  which was written by veteran author of children’s stories Max Trell.  Mr. Trell did a column for many years called “GOOD NIGHT STORIES.” The art was drawn by Neil O’Keeffe, whose other cartooning credits include INSPECTOR WADE, and later, “A CHILD’S LIFE OF JESUS,” which was a King Features’ special Christmas series in 1955. Mr. O’Keeffe was a King Features’ utility man for years, doing tasks like illustrations for magazine stories.

The original concept was from William Randolph Hearst himself. The strip, though somewhat implying a connection with Winsor McCay’s famed series, as they both showed a protagonist taken by sleep to another reality, LITTLE NEMO’S Slumberland was not the same place as Dick’s Dreamland.  When Dick nodded off, he landed exclusively in the heroic American past. I guess the idea was that kids needed to understand U.S. history, and if a small boy that kids could relate to was inserted into the action, they would happily read the strip, and thereby retain the knowledge. The problem might come up where the kids would think Dick’s presence might lower the lesson value, and mistake the events shown with the same importance as other continuity comics. 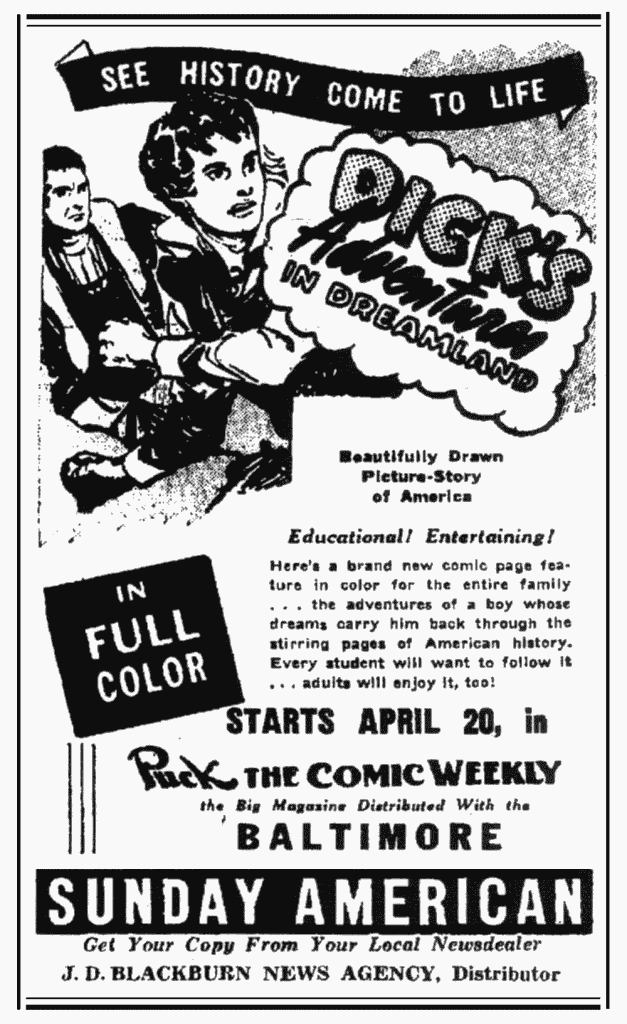 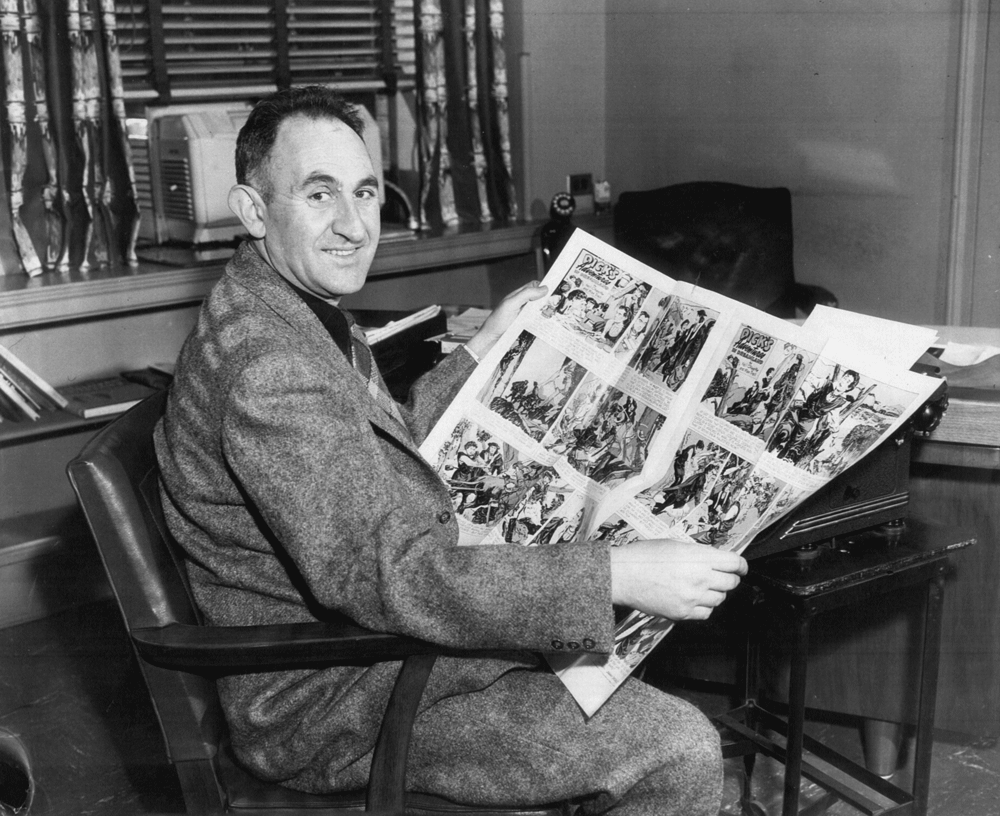 The debut of the Sunday-only series was on 20 April 1947. The  first story, naturally enough, was of Columbus and the discovery of the new world. Other events through the years included: Paul Revere’s ride, Peter Minuit’s purchase of Manhattan, Steven Decatur versus the Barbary Pirates, and Custer’s Last Stand. Even action-packed stories could be pretty dull if handled in a dry overly reverential way, like in the Nick Afonsky 1930′s series, “Heroes of American History.” However, Mr. Trell worked a little life into them by adding some human touches and audience-pleasing coincidences or even funny sequences.  One sample below shows Dick waking up after the Little Big Horn massacre. Is it supposed to be as silly as it looks? I  can’t tell.

Originally, it was a full page offering, like PRINCE VALIANT, but apparently that just minimized ad space and not many clients took it, so it was hastily made into a ¾ page size. The “… In Dreamland” part of the title was lopped off too. After a few years, the syndicate broke down and offered it as a 1/3 page size strip like most  others, but even though it was given a lot of time and effort, it never took off and ended on October 7, 1956.

For responses to your letters:

Thanks, Dee and Mr. Whoopee! I knew you stripologists could name them all. I’m just relieved that nobody’s taken the Dagwood comic book and put together their own A-bomb since last week’s entry.