Well readers, I’ve been asked to do a page on SAM’S STRIP, the precursor to SAM & SILO, which we covered two weeks ago. This was one of the greatest strips that nobody read, except for real comic strip buffs and cartoonists, who appreciated the in-jokes.

SAM’S STRIP satirized the world of cartooning, everything from sound effects to clashing art styles to gag structure, famously populated with other strip characters, old and new, as well as editorial cartoon conventions like Uncle Sam, and “war” depicted as Mars or “peace” as a dove or a weary “Mr. World.” Topical references to world leaders, famous writers and film stars also regularly were used in SAM’S STRIP .

The strip only lasted from 16 October 1961 to 1 June 1963, but gathered a small but extremely dedicated following. Perhaps it was considered too hip or intellectual for most editors, though it’s very much a classic slapstick series.

Nonetheless, Sam and his cohort, Silo, didn’t go the way of many ancient characters that did cameo gags in his strip. Mort Walker and Jerry Dumas refused to let him vanish, as related in the back cover blurb (below) of a small print run collection of the series published in the mid-1960s. Sam returned to the comics, fortunately not as “Son of Sam’s Strip” as they imagined it might be called, but as SAM AND SILO, in 1977. 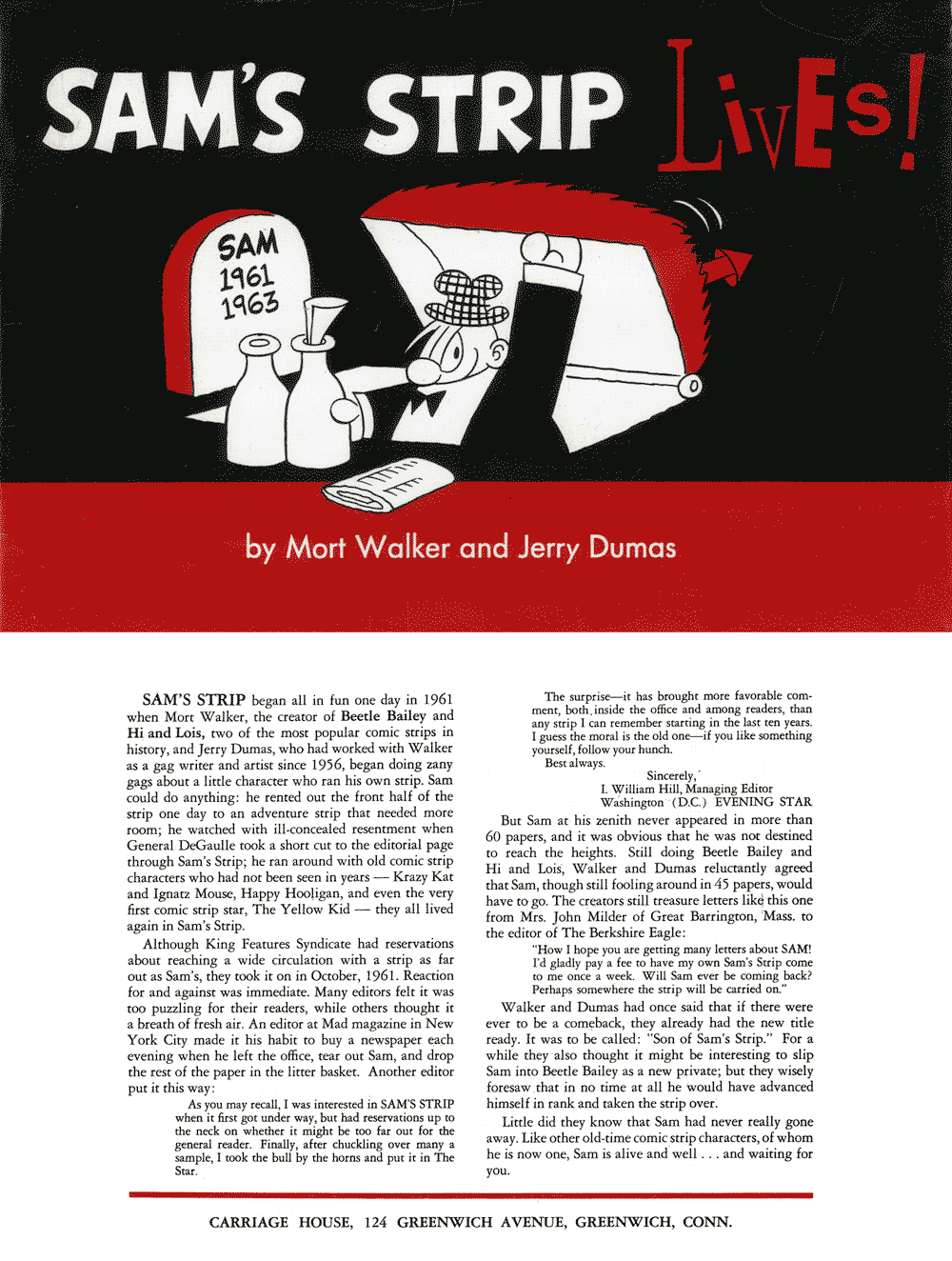 TO MR. WHOOPEE and MIKE CRACHIOLO:

Glad you liked the rare comics covers of the PHANTOM. I, too, am a great fan and have an extensive collection of The Ghost Who Walks from around the world. I’ll try to concoct a reason to show more sometime.