Ask the Archivist: The Duckwater Tour

This year marks the 35th anniversary since an old, over-and-done-with comic strip character returned to the comics pages—and he hasn’t left yet. The character to whom I refer is Sam, once of the short-lived, but fondly recalled Mort Walker/Jerry Dumas series, “SAM’S STRIP,” which ran from 1961-63.

Sam got his second chance, when he was joined by cohort, Silo, in SAM AND SILO, which first saw ink on April 18, 1977. This time, instead of providing commentary on other strips, they became inept policemen in the leafy hamlet of Upper Duckwater.

The picturesque locations were a nice touch, reminiscent of locations in New England that your correspondent fondly remembers from his younger days. Upper Duckwater is, though happening in the present, a sleepy sort of Mayberry, or Hooterville-like throwback, where the 1930’s never really went away.

Sam and Silo answer to Mayor McGuffey, a short, self-important little man who is always at odds with the bungling duo, but who’s not much more competent than they are.  Others in the cast of characters include: Funny Floyd, a wild man given to spouting incoherent poetry, walking around barefoot, or carrying odd protest signs; Sister Agnes, an eccentric nun; Granny Naps, Sam’s cynical and no-nonsense landlady; Algy, the courthouse janitor who usually blows up things that he tries to fix; Mr. Teetering, a retired guy who supposedly can dispense wisdom; Buford, the Duckwater jail’s ever-escaping lone resident; and Jasper, the court house cat. 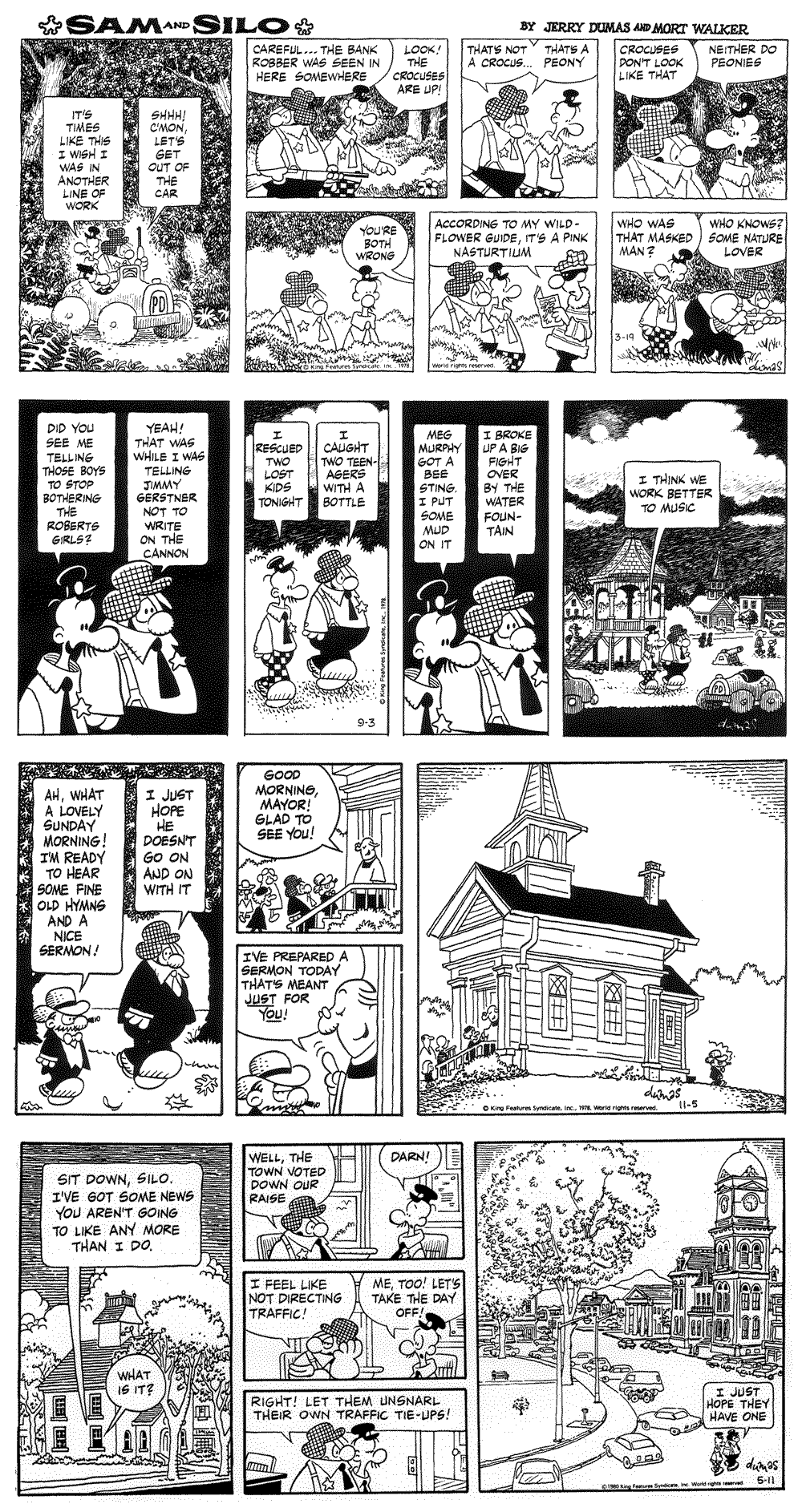 Glad you’ll be staying aboard. The Mounties always get their reader.

As for the other strips you mentioned, namely LONE RANGER, ROY ROGERS, and MICKEY MOUSE, I would really like to run some of them, but we can’t. We never had ownership of those strips.

The BEETLE BAILEY strip was for the 60th anniversary, the Sunday version began 14 September 1952. Here, take a look at the second one. They’re all worth reading. 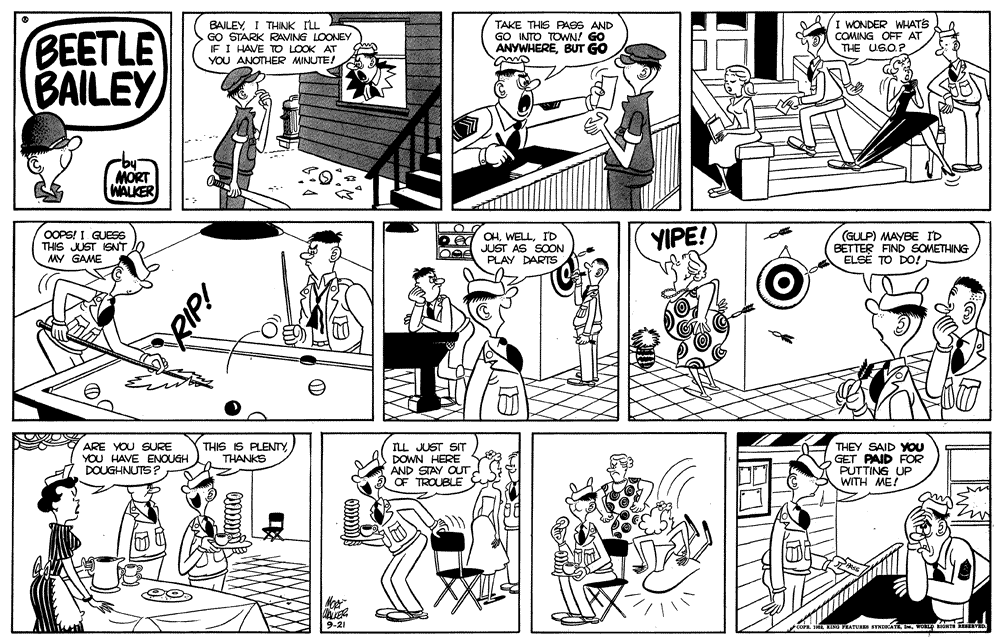