In keeping with the flavor of this week’s DailyINK theme,  I discuss probably the greatest Canadian-themed strip ever, KING OF THE ROYAL MOUNTED, the exciting snow-bound saga of Sergeant Dave King, stalwart member of one of the world’s most famous and elite organizations, the Royal Canadian Mounted Police.

The series was created by Stephen Slesinger, a comics impresario who licensed many properties over the years, including RED RYDER Ryder and Winnie the Pooh.

According to American popular culture historian and author Ron Goulart,  the daring Mountie was inspired by an earlier, actual Canadian strip, MEN OF THE MOUNTED which was sold in Canada by the Toronto Star Syndicate. A story from it was adapted for one of Whitman Publishing Company’s “Big Little Books,” which featured a Corporal King.

It may be just coincidence, but the day after MEN OF THE MOUNTED ended, the new King Features strip began (Sunday, 17 February 1935), called KING OF THE ROYAL MOUNTED. A daily version began a year later.  It was supposedly written by the prolific author of popular western fiction, Zane Grey, though he had little to do with the strip except lend his name for sales purposes.  His son, Romer, did some story work on it, but  Gaylord DuBois was the chief writer for many years. The principal artists involved in the strip were Allen Dean, Charles Flanders and Jim Gary.

Movies, comic  books, a  radio series and other licensing followed, but eventually, perhaps World War II stories and science fiction made KING OF THE ROYAL MOUNTED seem less heroic, or even old fashioned.  After 19 years, the strip ended in February 1954. But we’ve brought back some of the series in our Vintage section, and I invite you to look into it today, here. 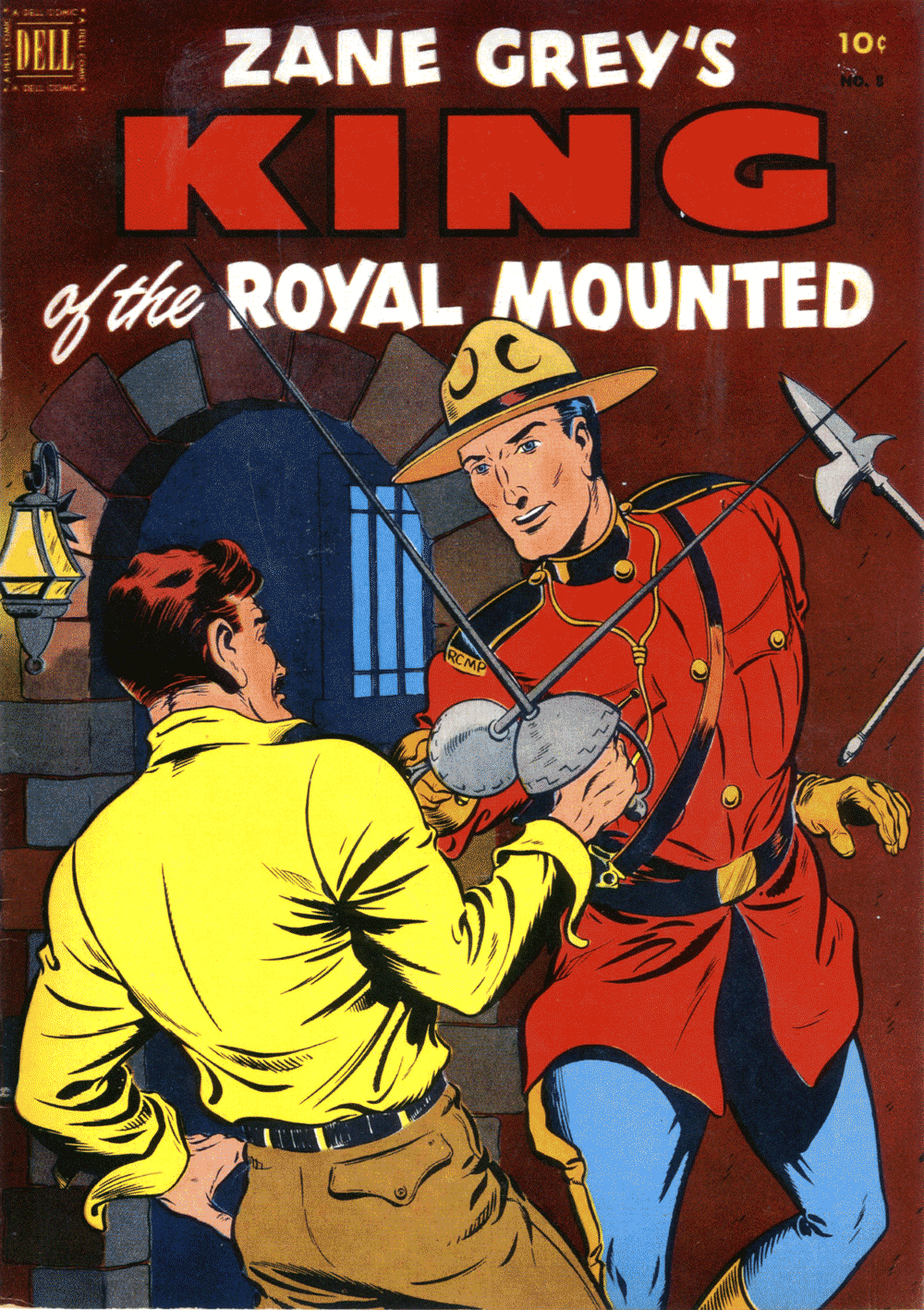 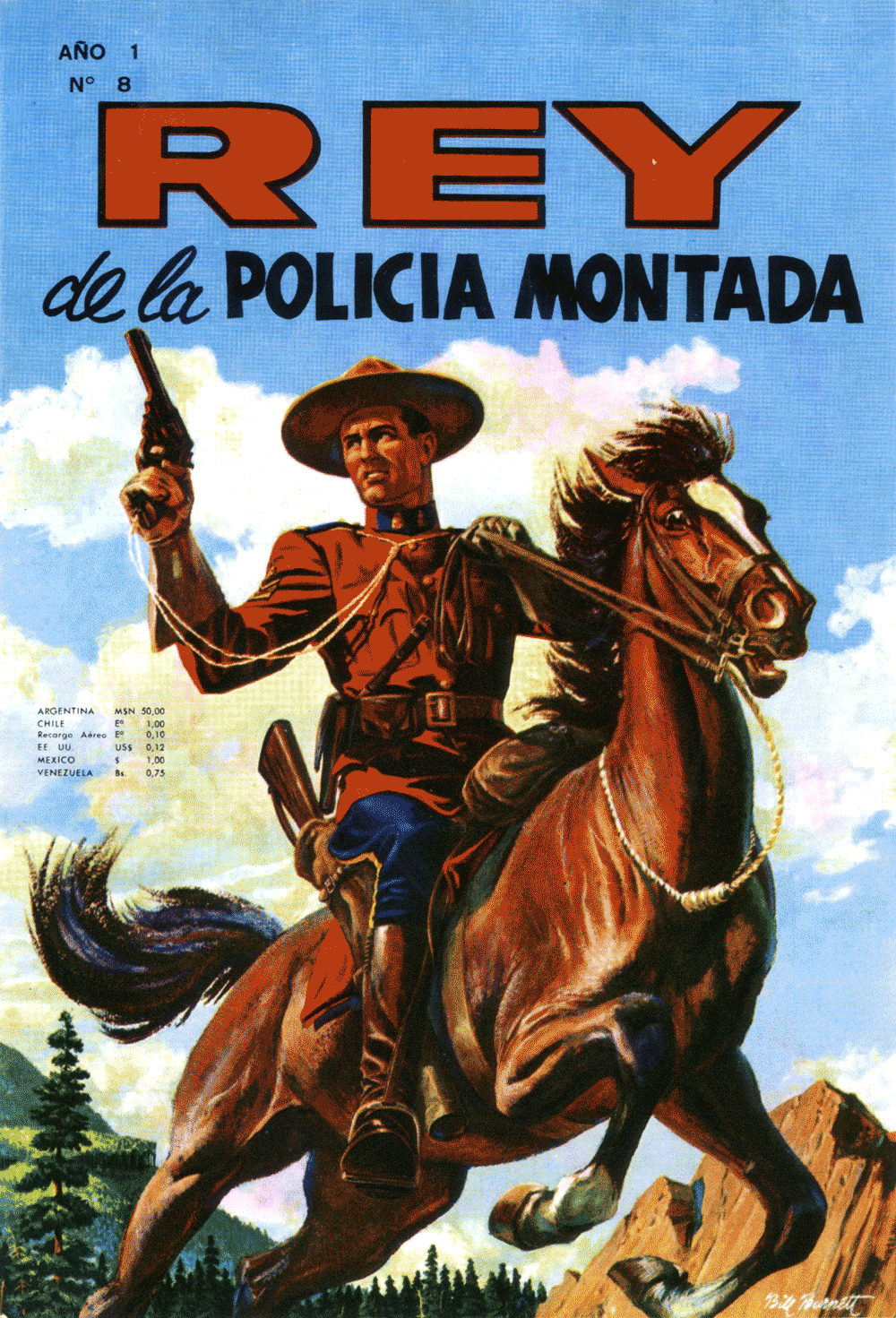 Probably the greatest Canadian cartoonist ever was Hal Foster. His creation, PRINCE VALIANT, is still in its 75th anniversary year, so I’ll show off a prize of my collection today: the original promotion brochure selling the new strip back in the summer of 1937. 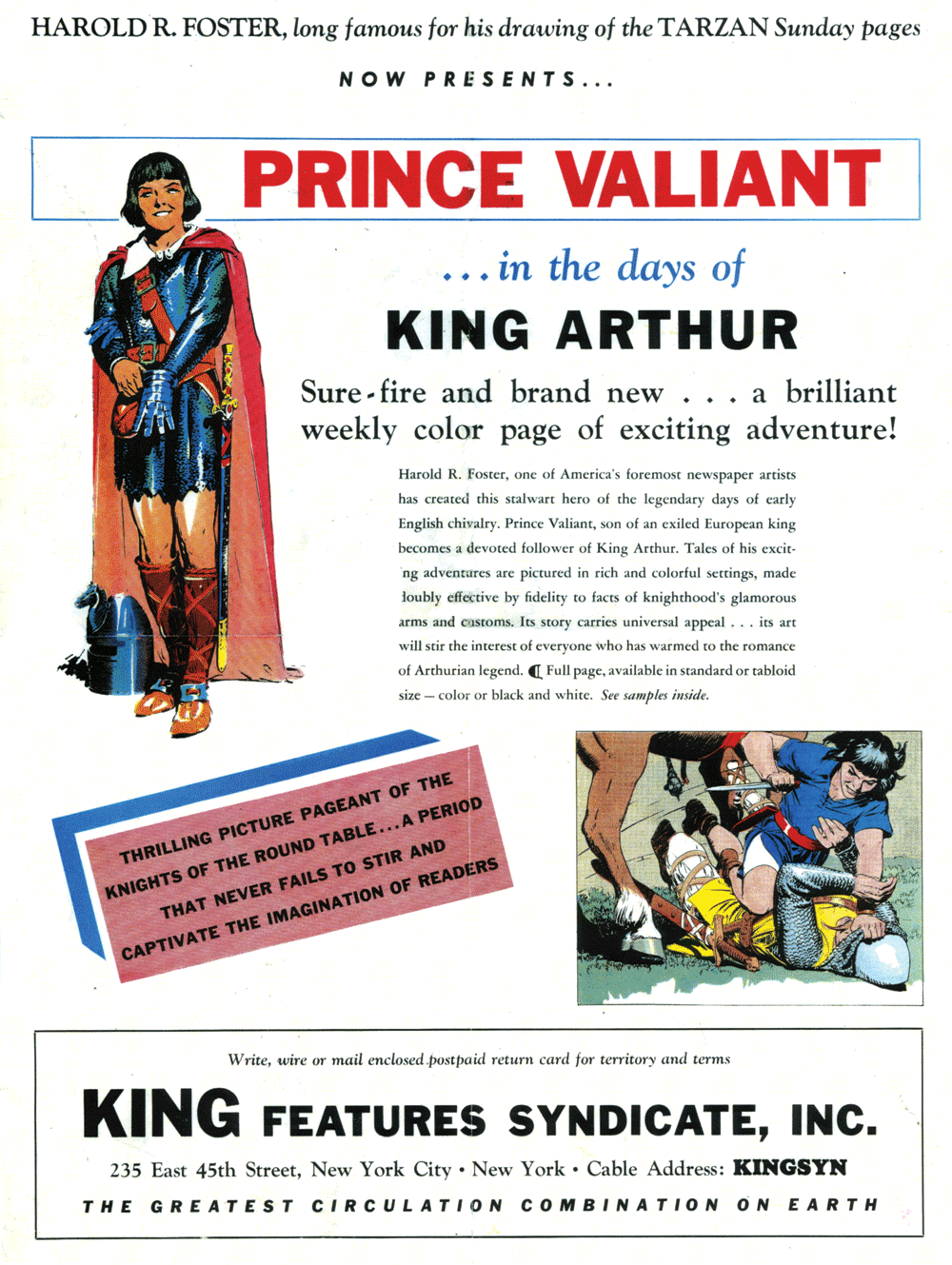 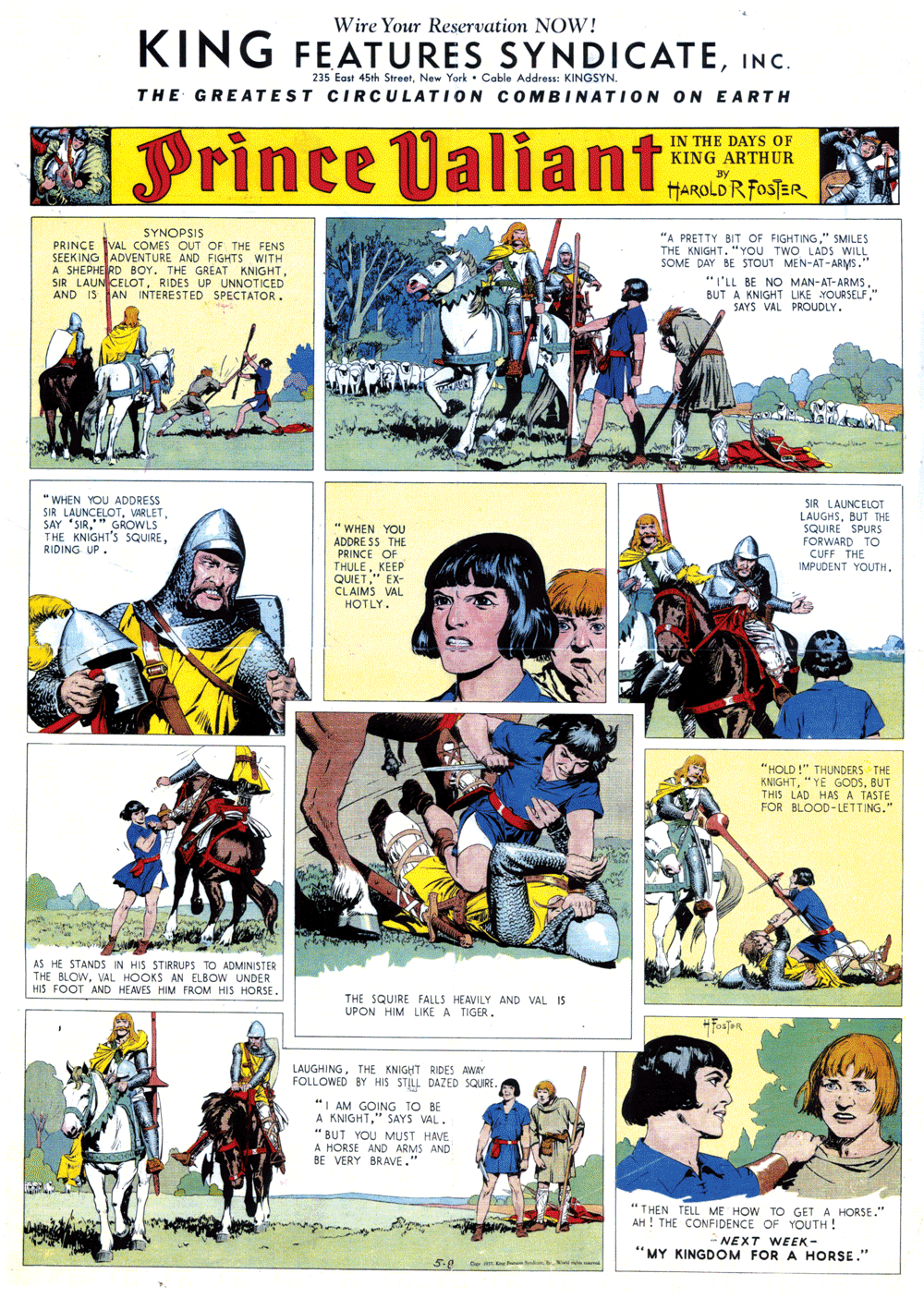 One last item: I promised to show the first BEETLE BAILEY Sunday some months ago—and the 60th anniversary will be this Friday—so here it is, still funny all these years later. 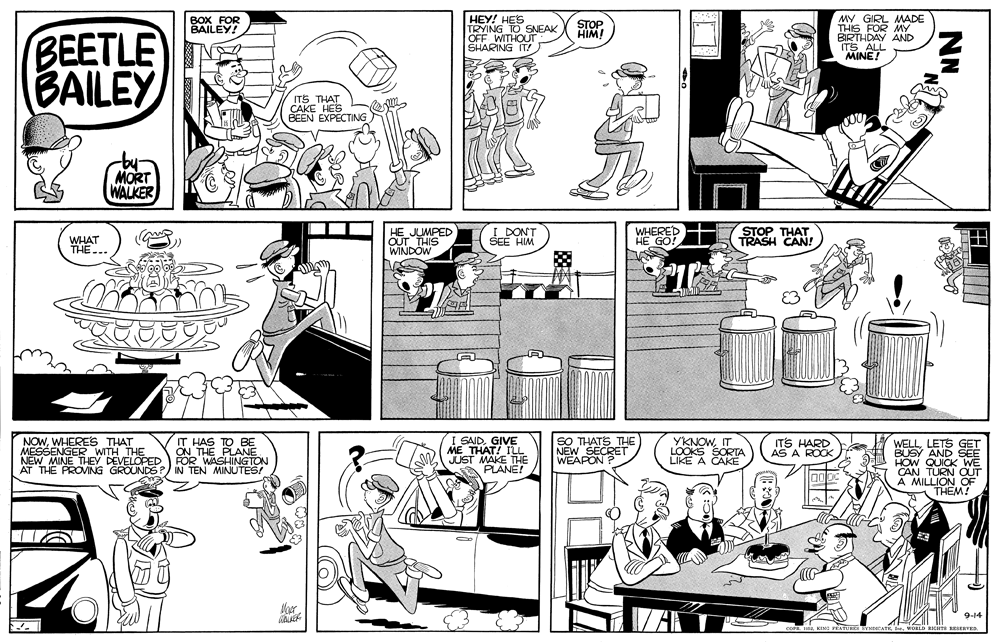 So long until next week,