Today is the 30th anniversary of the debut of MARVIN, a comic strip created by Tom Armstrong. Marvin is eternally a baby, unable to talk but always thinking, offering his considered commentary to each situation that he’s put in. “He’s hip, witty and wise beyond his year” is how he is described in one promotion piece.

The first MARVIN strip was published on August 1, 1982. Originally, it was syndicated by Field Enterprises, which became North America Syndicate (NAS). In 1987, NAS became part of King Features.

Since this strip is still thriving today, I’m going to show some rarely seen early art, from sales brochures made during the halcyon days of the 1980’s, when leg warmers were a fashion choice, words like “Yuppie” and “Preppie” were popular, and movies like “Three Men And a Baby” were released. 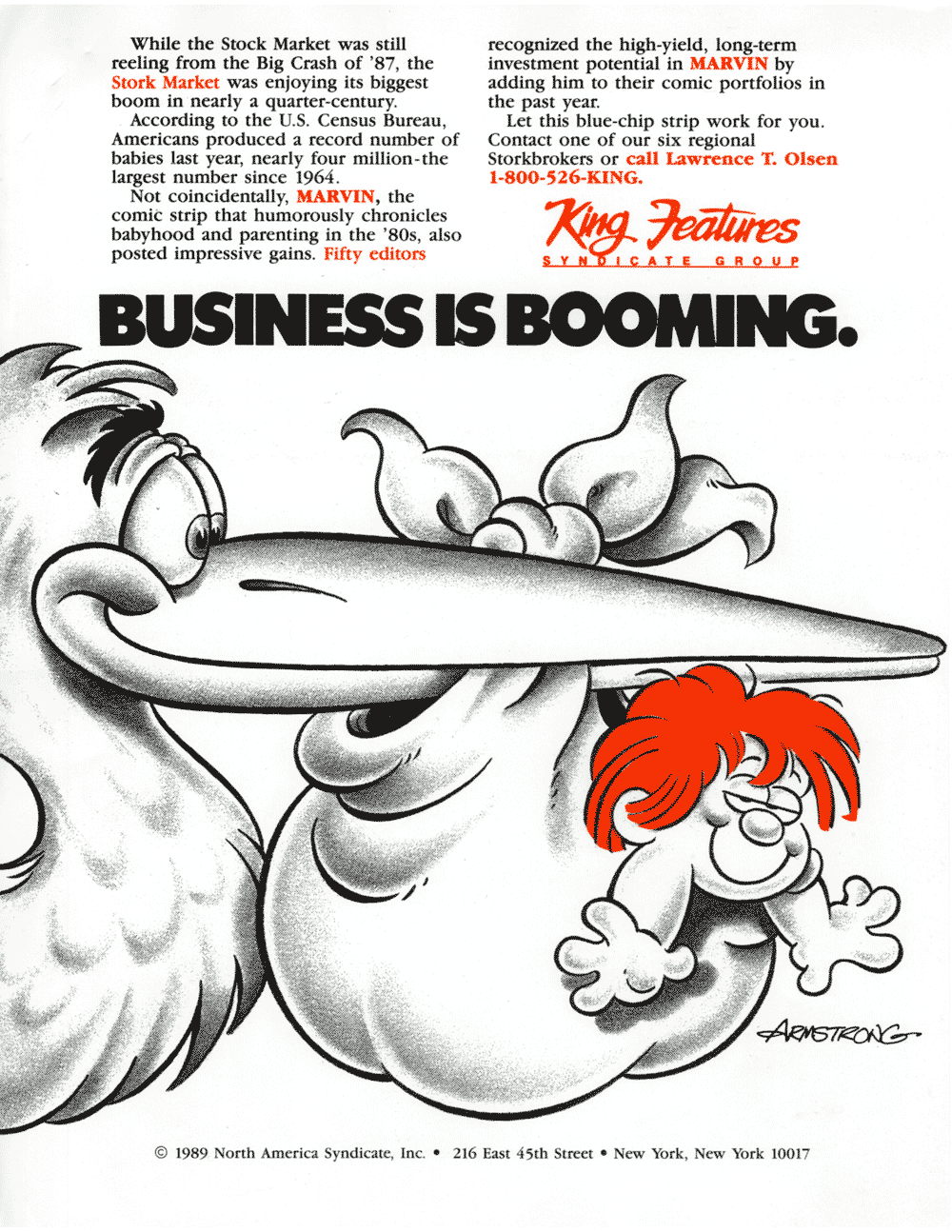 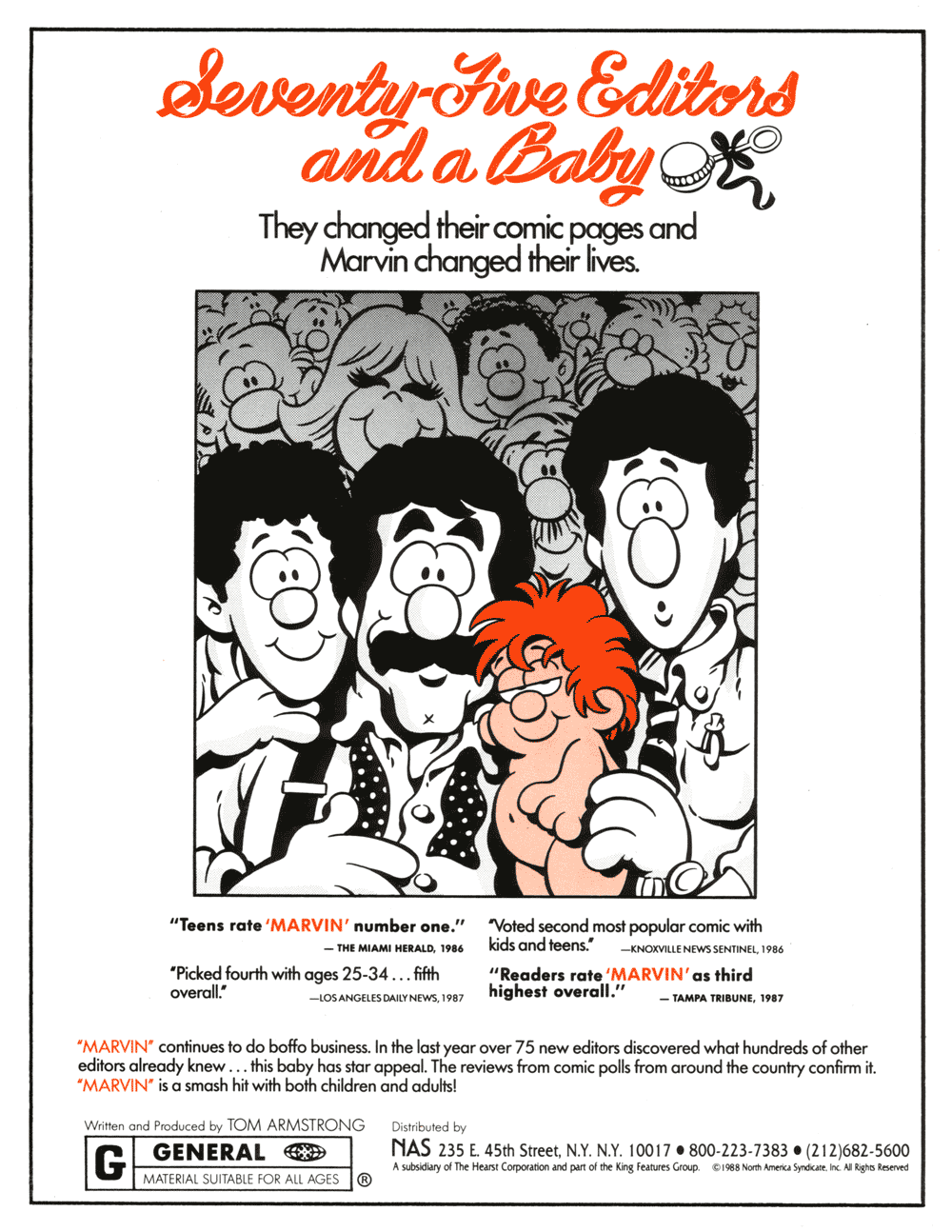 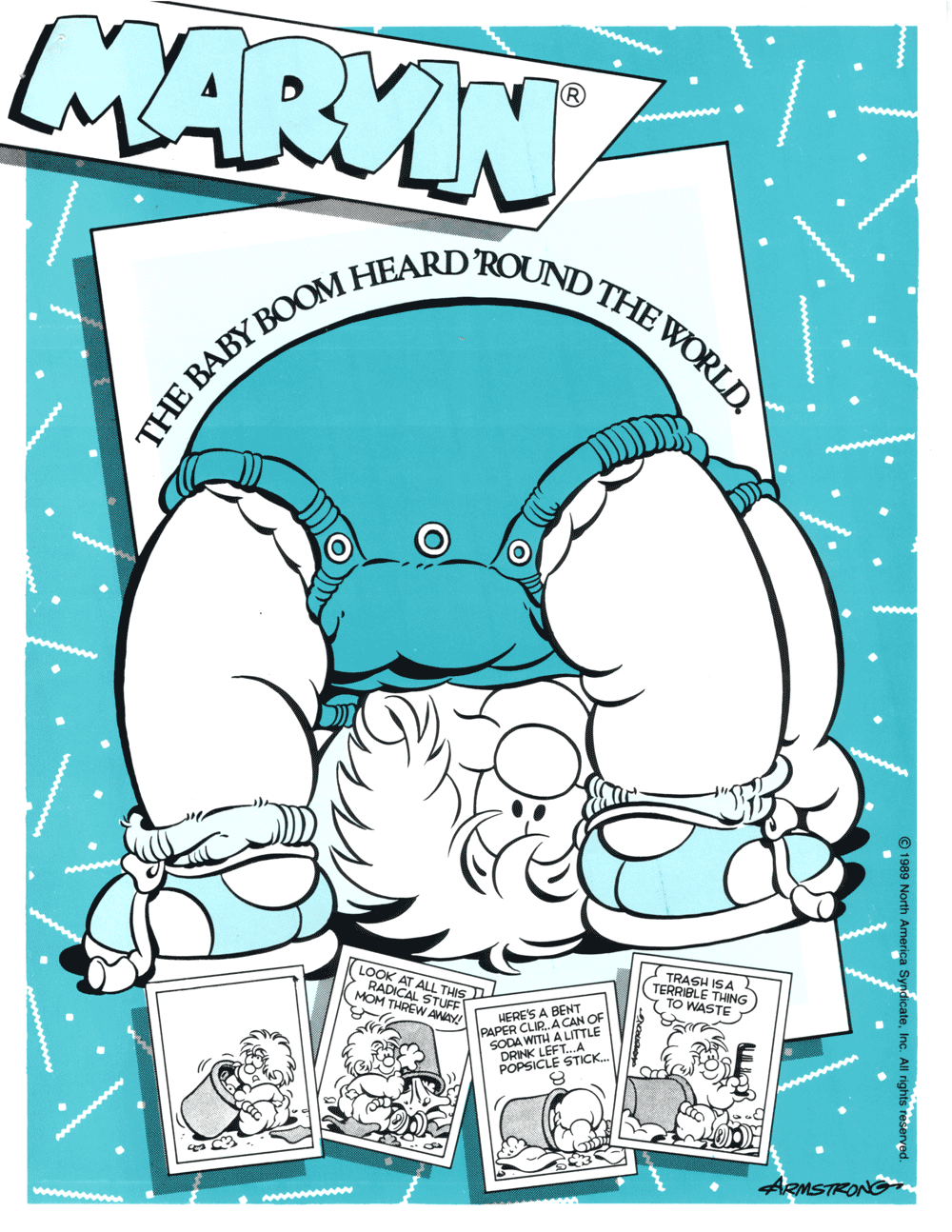 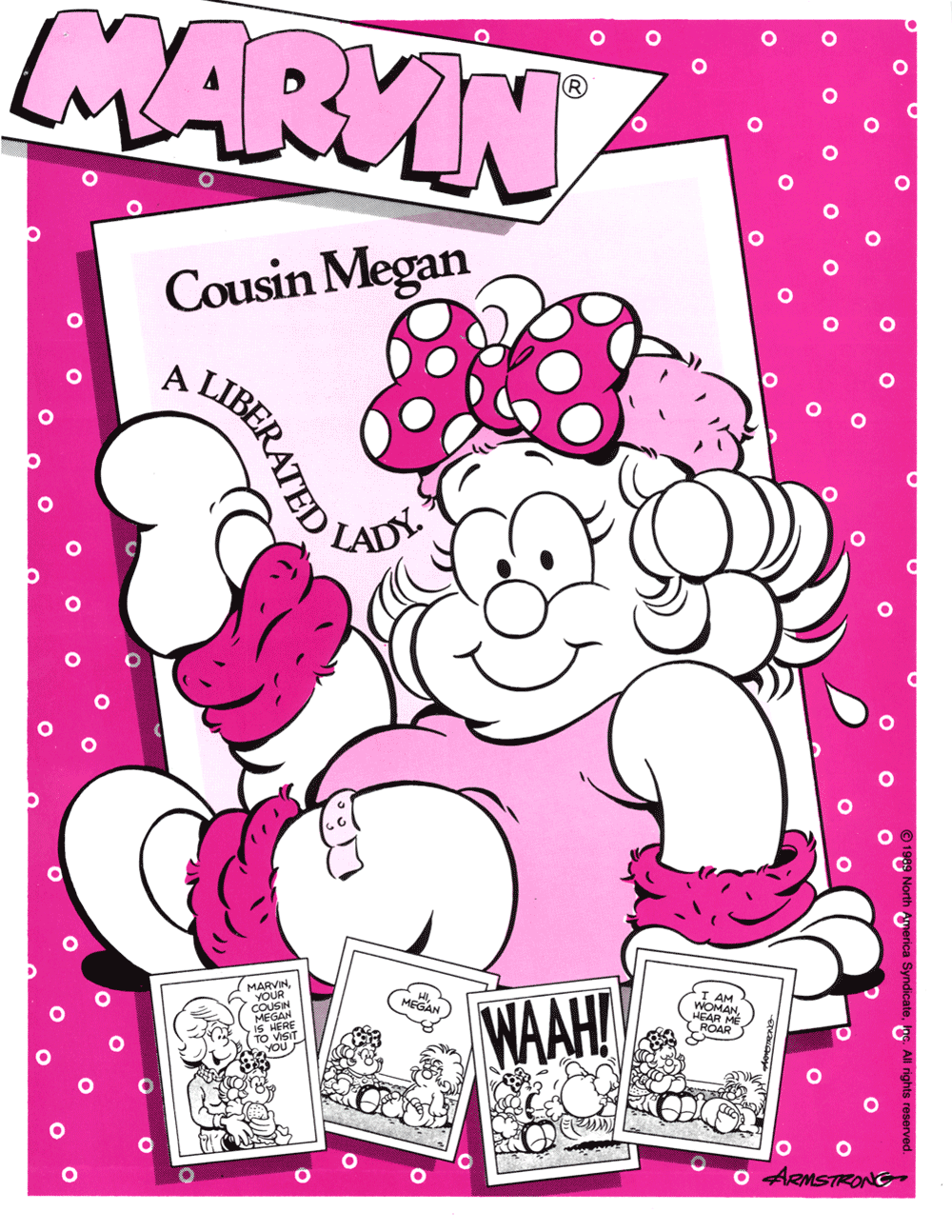 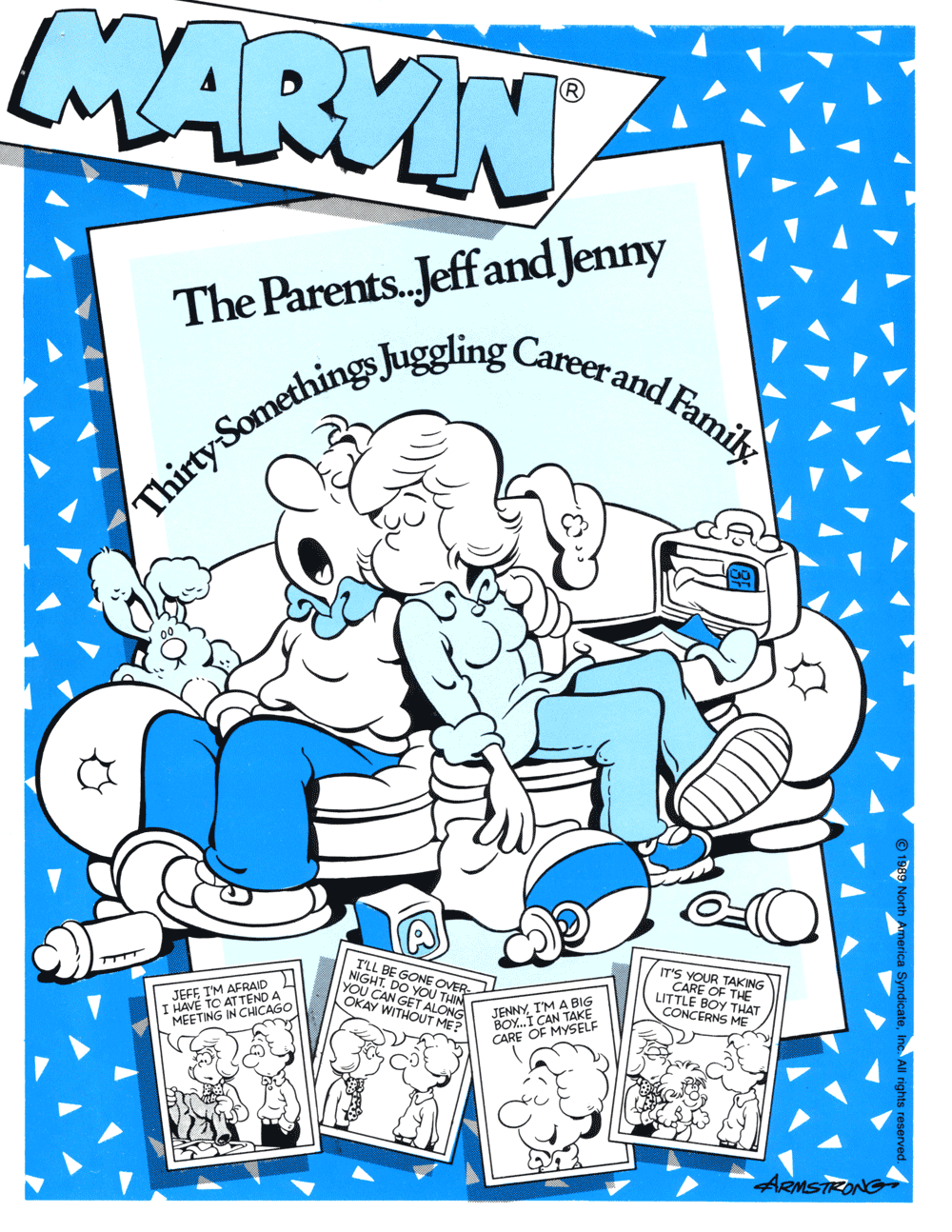 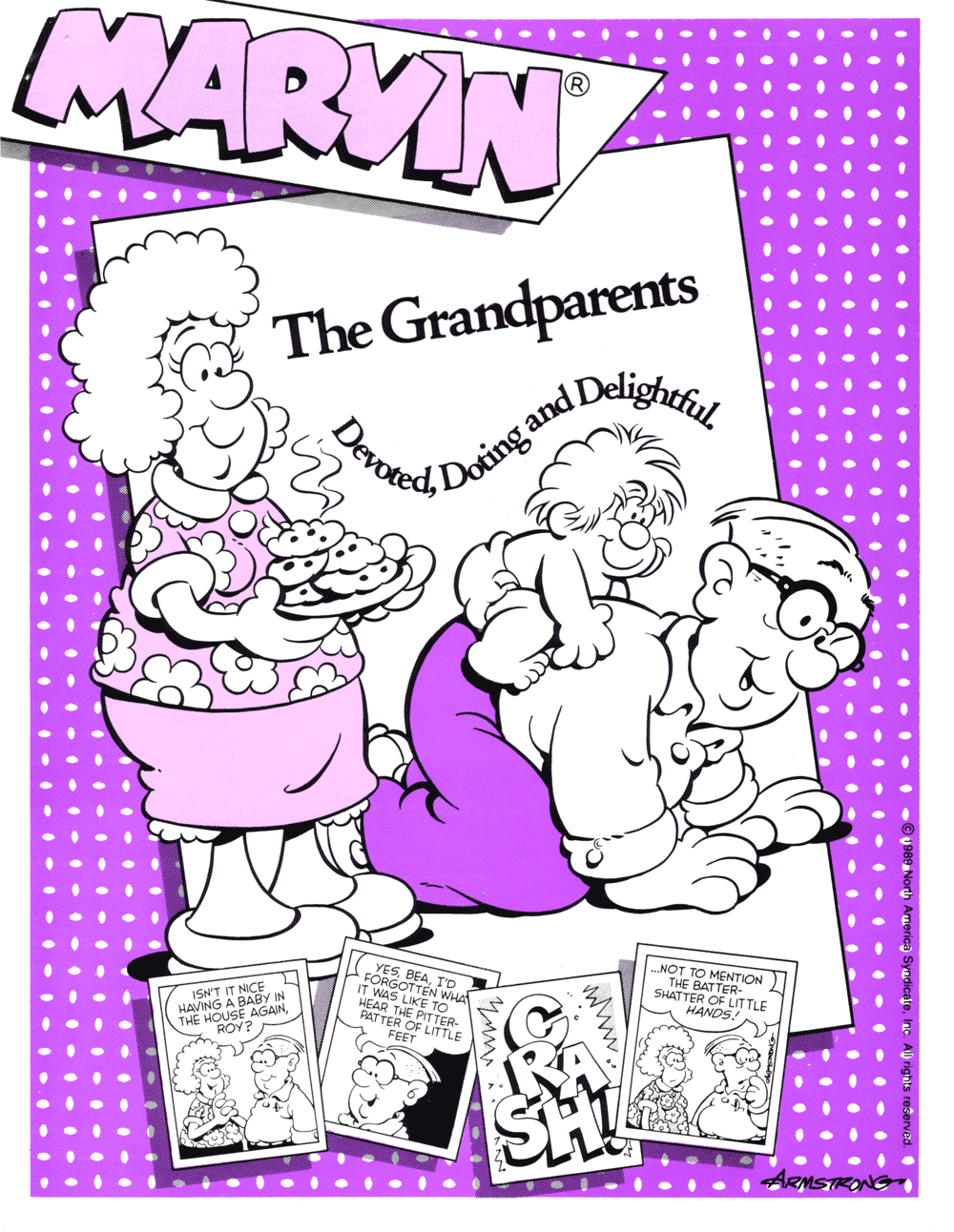 Thanks for going to the trouble of locating further issues of “King-Size Small Talk.” I’ll have to check into whether they might allow me to share them with you, Daily Inkers.  Another KFS magazine that is dauntingly elusive is “Circulation,” which was chockful of unique stories and special art about our comics and columnists. It was publsihed from about 1917 to 1938.

In the issue that I showed last week, I noticed an invitation to use any of its content as publication filler, so the primary audience was editors after all.