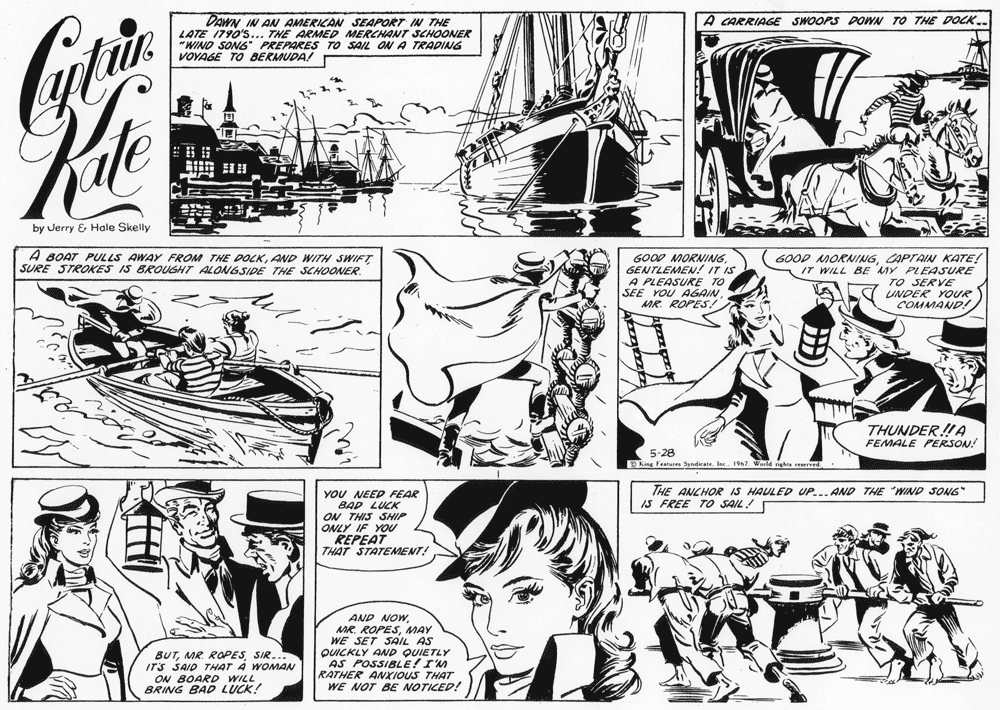 This  unlikely story featured Kate Stevens, a beautiful brunette who owned a trading ship, the “Wind Song.” Her first mate was David Ropes, but Kate’s love interest was Captain Nathan Royal, of the U.S. Navy. He was a dashing fellow in his John Paul Jones uniform, but often he was disguised for undercover missions.

Together, they would course the seven seas and find treasure and danger aplenty.  Though many novels and movies have been in this genre, few American comic strips were. 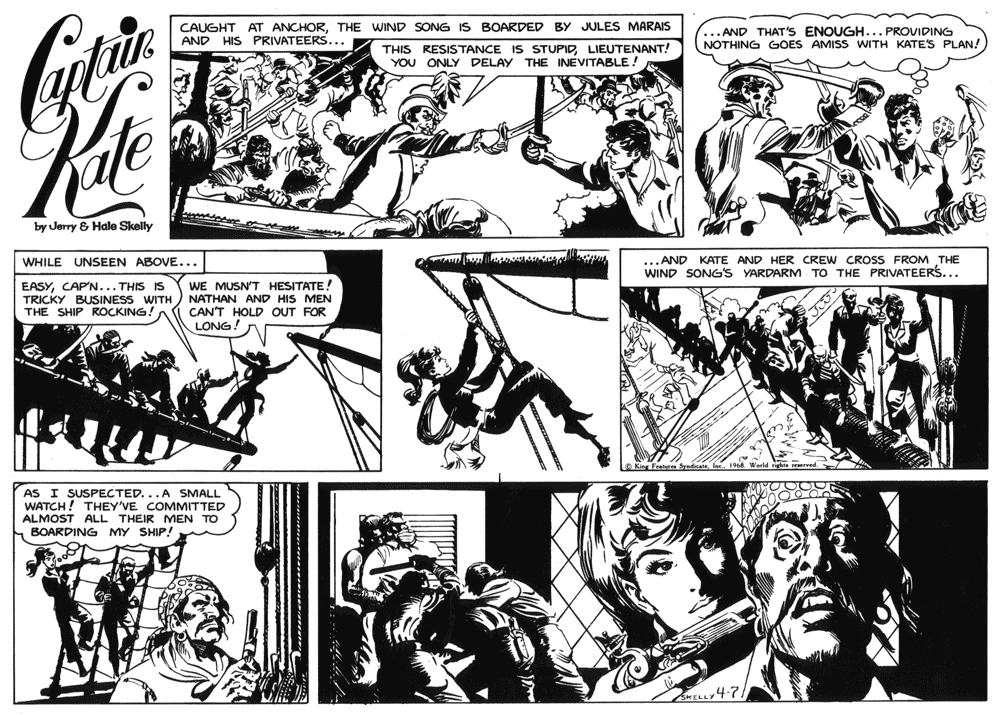 Kate’s stories were the classic adventure-in-every-land type thing that made for so many radio and TV series. She encountered court intrigues with Russian nobility, Arab slavers, Spanish insurgents, Argentine horse thieves, death-defying derring-do in China, India, Italy, all brimming with plenty of pirates of one kind or another.

The story is stated as taking place in 1790, yet her clothes and hairstyle often shift from a semi-19th century look to modern, even psychedelic, patterns. 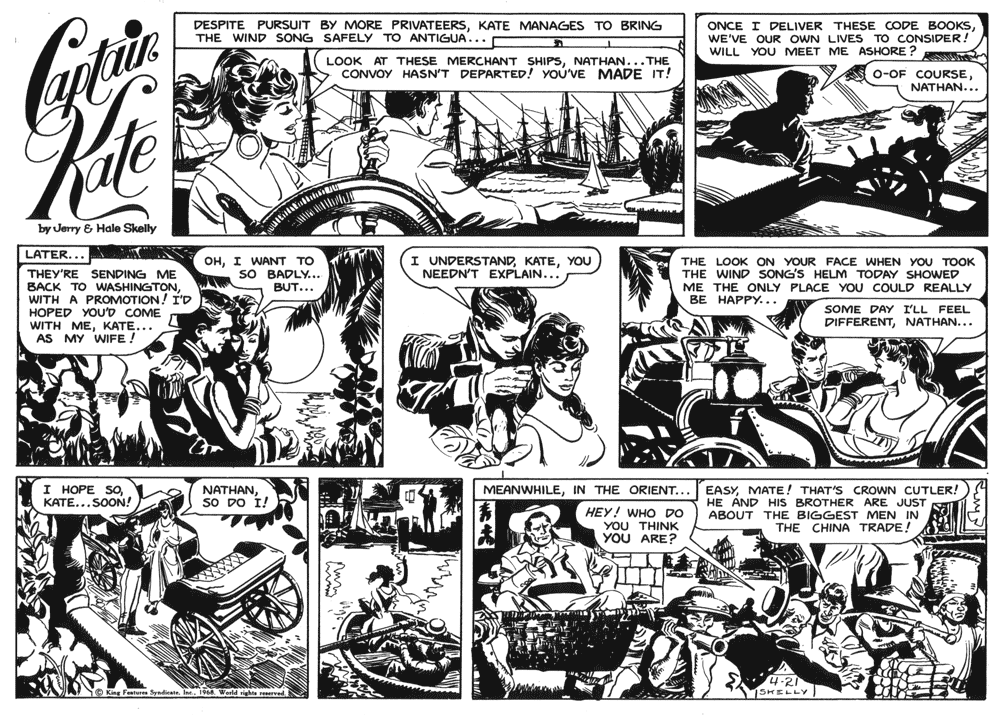 Though the settings are exotic, and with a female lead, one might expect a lot of romance, but she is sort of an unromantic character herself, with the same emotional range as typical male protagonists. There is some kissing here and there, but as much could be seen in any standard hero’s repertoire. She could be Johnny Hazard in drag. (well, maybe not…) 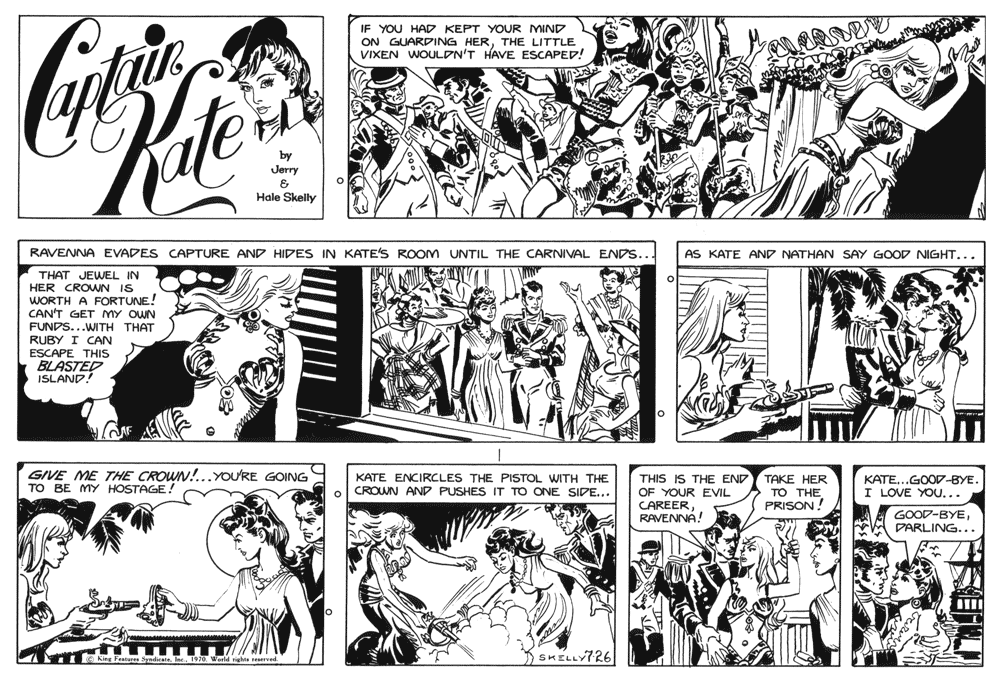 The villains, when not outright pirates, are usually under-handed plantation owners or traders. Usually Kate can beat a mere male with ease, but some villainesses are also matched against her, often with Captain Royal’s attentions supposedly on the line as well as whatever prize is designated in that story. In the end, Kate and Royal are openly talking about their impending marriage, but the series’ five-year contract ran out first.( 28 May 1967-21 May 1972 )

The talent behind the series was the married team of Jerry and Hale Skelly, though comic strip and book author Archie Goodwin (DAN FLAGG, SECRET AGENT X-9) worked on several stories also. The art is uneven. Too many bad perspective choices, shading that makes no sense and a poor grasp of anatomy is seen. The style itself seems to be bits of Salinas, Graff and Robbins, but not expertly.

Characters have a tendency to limited expressions. Kate’s is pretty stoic, but a lot of the bad guys have  strange, thin, El Greco-esque heads and a locked on, open-mouth rage going on. 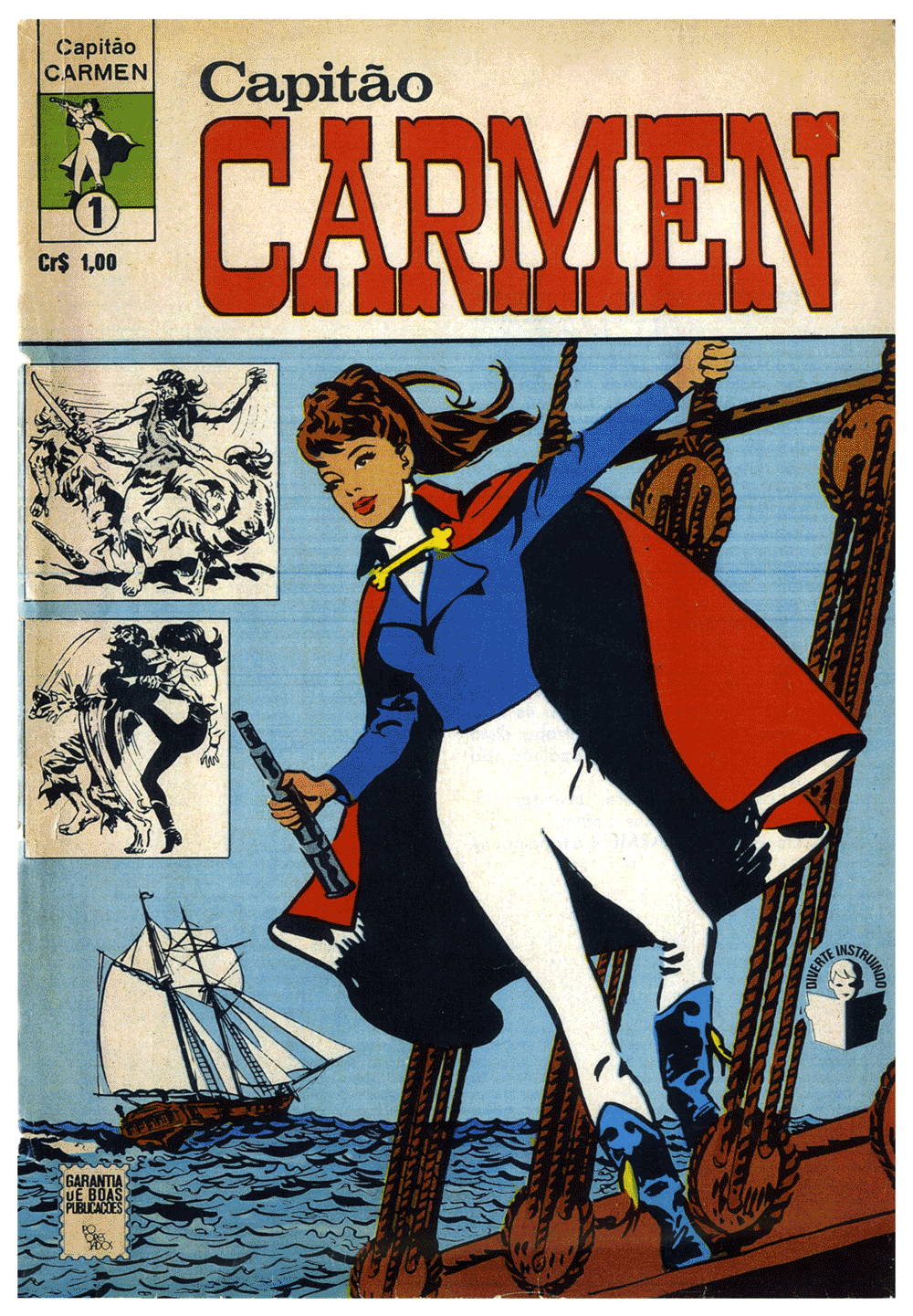 I guess the strip never go much traction, few papers picked it up. It might be talked up as a proto-feminist story, but it more than anything else resembles the fantasy ethic of 1940’s b-movie fluff.

This week’s reader email is from:

Thanks for the update on MRS. BESS, I wish we’d done a REDEYE spot earlier. Not that it would’ve probably made any difference, but it’s always nice to know that you are remembered.

Political correctness had little to do with REDEYE’s demise, it was just a victim of dwindling sales. Unfortunately, as I mentioned, there is currently a dearth of western strips, because alas, editors and even fans see it as too old fashioned a theme.