Miss Blips, the rather un-curvaceous secretary to General Halftrack, was teamed up with Miss Buxley on November 17, 1971. A blonde knockout and a civilian who was not very bright or competent in the office, Miss Buxley eventually became irreplaceable at the General’s headquarters.

At first, Miss Buxley was such a minor character that she was seen less than ten times in the first year, not even making a Sunday showing until October 1972. But soon after, it was obvious that she had become a major part of the BEETLE BAILEY cast and a fan favorite. Eventually though, feminists, uptight editors and other killjoys took offense with her and the fact that the General would constantly be seen (or misinterpreted as) leering at her. The controversy subsided after General Halftrack went to sensitivity training. To be fair, he never actually made threats or took advantage of Miss Buxley, the way say, “Junior” would chase Lolly around the desks in the Pete Hansen strip over at the Chicago Tribune Syndicate. Mort Walker’s humor was based on Halftrack’s frustrated, and for the most part, silent desire. He never laid a hand on her.

Well, once he did—in her second appearance:

A few weeks back, we looked at SALLY FORTH and its thirtieth anniversary. You know there were many office- girl strips way back when, and the earliest was over a hundred years ago, ”SALLY SNOOKS, STENOGRAPHER” a World Color Printing (WCP) syndicate strip by Dink Shannon.  Most WCP efforts came and went, just like this one, but in 1918 the daily office strip started with Alfred Hayward’s SOMEBODY’S STENOG over at the Public Ledger syndicate. It inspired several new strips like it, and most memorable was King Features Syndicate’s TILLIE THE TOILER, which began in 1921. Tillie was the Miss Buxley of her era, though her boss Mr. Simpkins was always a perfect gentleman. Here are some early episodes: 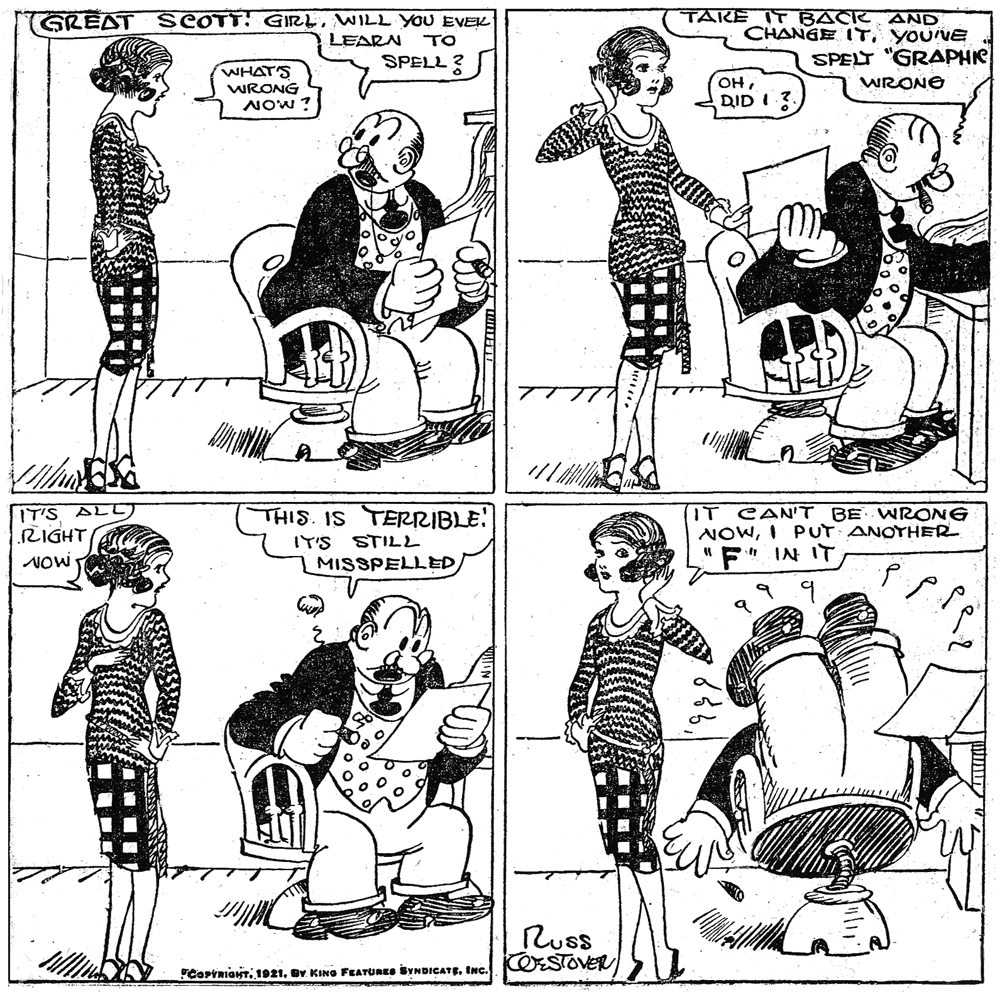 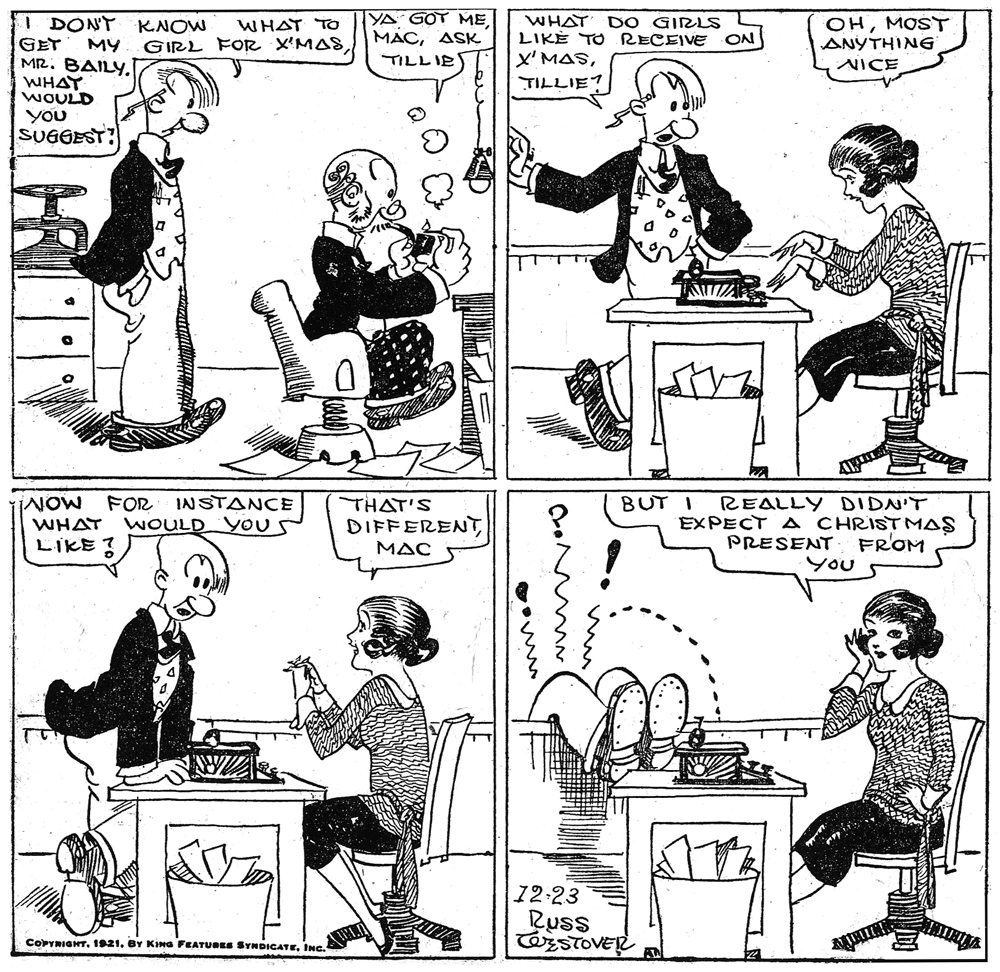 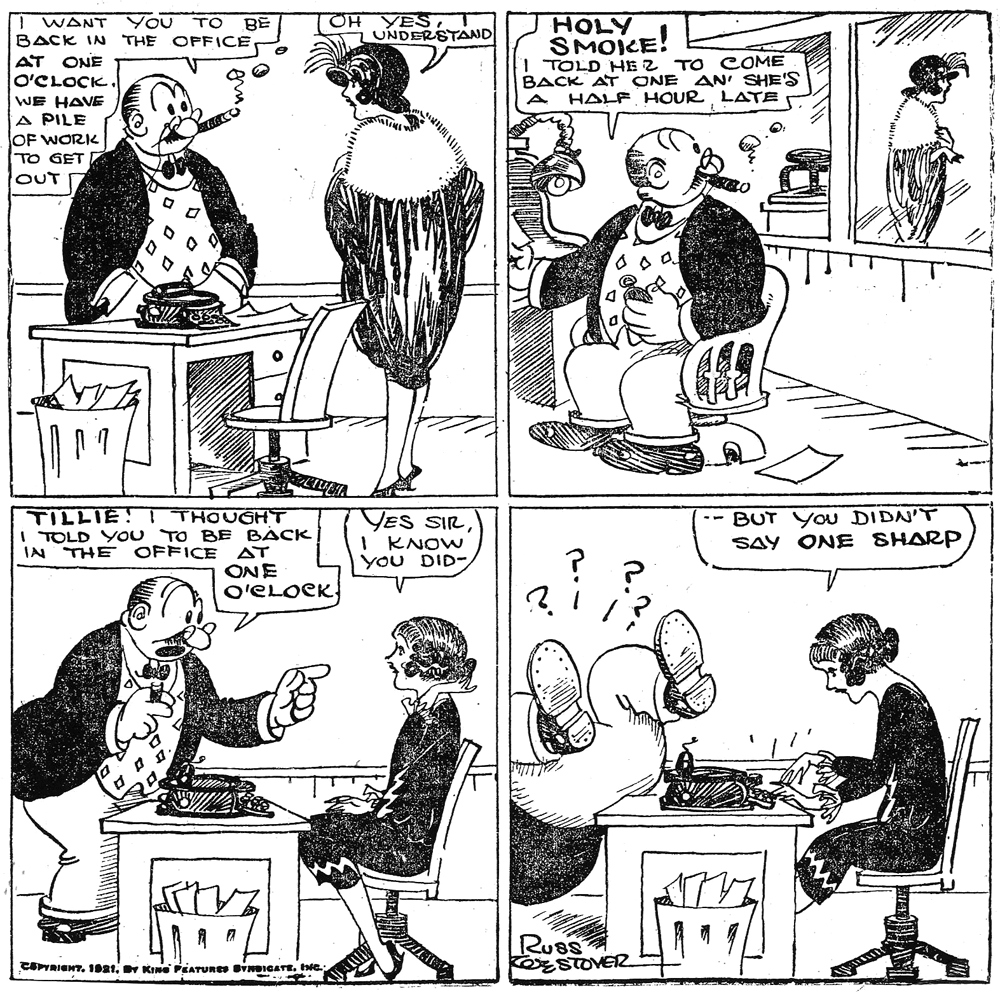 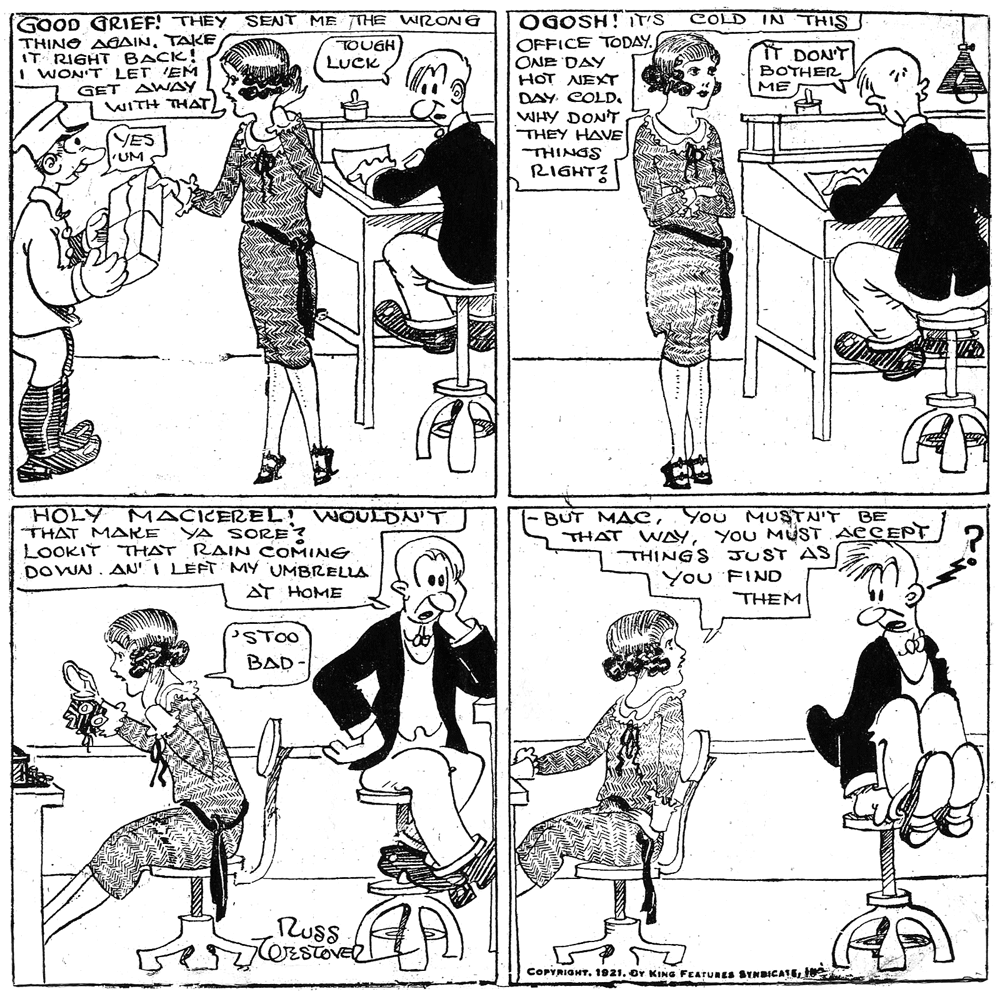 To Bruce Skidmore: The problem with Blackbeard was not that he didn’t have the material–not at all.  For Hearst newspapers alone, he had a fantastic collection of multiple runs of the various newspapers in the chain. Over the years, he coaxed them out of the hands of many libraries all over the country. But he was, not to put too fine a point on it, not exactly a dedicated research scholar. He was more wheeler-dealer than serious historian, and having the facts weren’t as important as looking like he had them.