Ask The Archivist: (Half) Hitch A Ride

I thought we’d start 2012 by answering a question Tim Fisher asked last month, which was more or less “What was HALF HITCH?’

This was a late Vietnam War era strip about the adventures of a short but fast-on-his-feet sailor, a sort of battleship workplace sitcom from the studio of Hank Ketchum.

Hitch had World War Two roots, inspired by a character Ketchum created while a sailor himself during the war. That character appeared in the pages of The Saturday Evening Post during WWII. He was a strange-looking fellow with wide, full-pupiled eyes, and all his antics were in pantomime panels.

The new improved version was a full- fledged daily and Sunday comic strip where everyone, even a pet seagull, had a voice. It was launched 16 February 1970, (drawn by Dick Hodgins under Ketchum’s byline) and would be expected to be a seagoing compliment to Beetle Bailey, even having somewhat similar characters.

There was the blustery Captain Carrick; Hitch’s best friend, Zawiki; Chaplain Charlie for spiritual matters; the green kid officer, Ensign Sweet; the bully, Haw Haw McGraw; the Chinese cook, Ding Chow; the obviously named “Mooch,”; the bumbling Seaman Fluke; and of course, the wisecracking Seagull, Poopsie. For a while, the Saturday strip would be given over to “The Retired Admirals Club,” a look into the grumblings of angry old timers who couldn’t tolerate changes to the Navy. 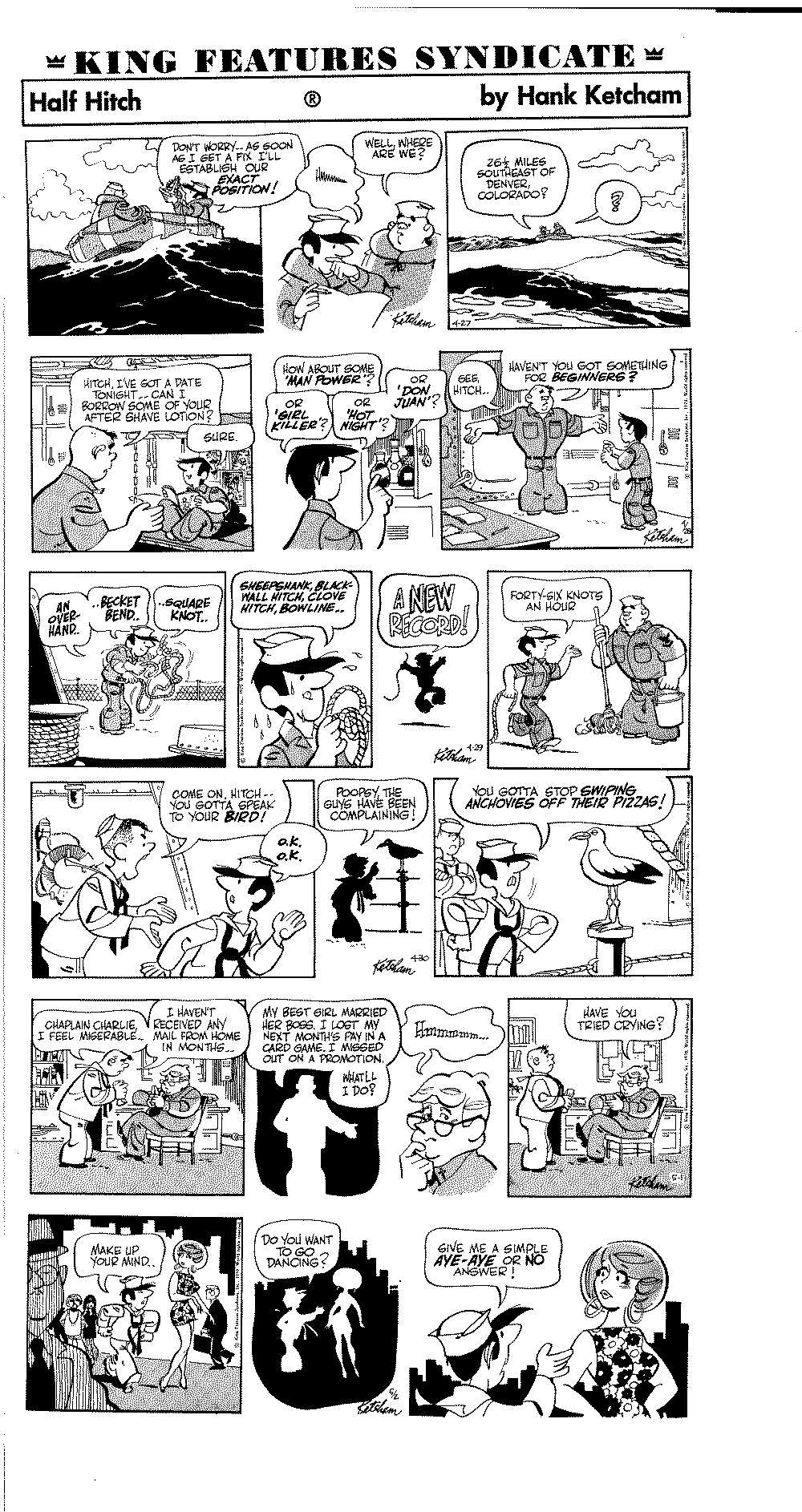 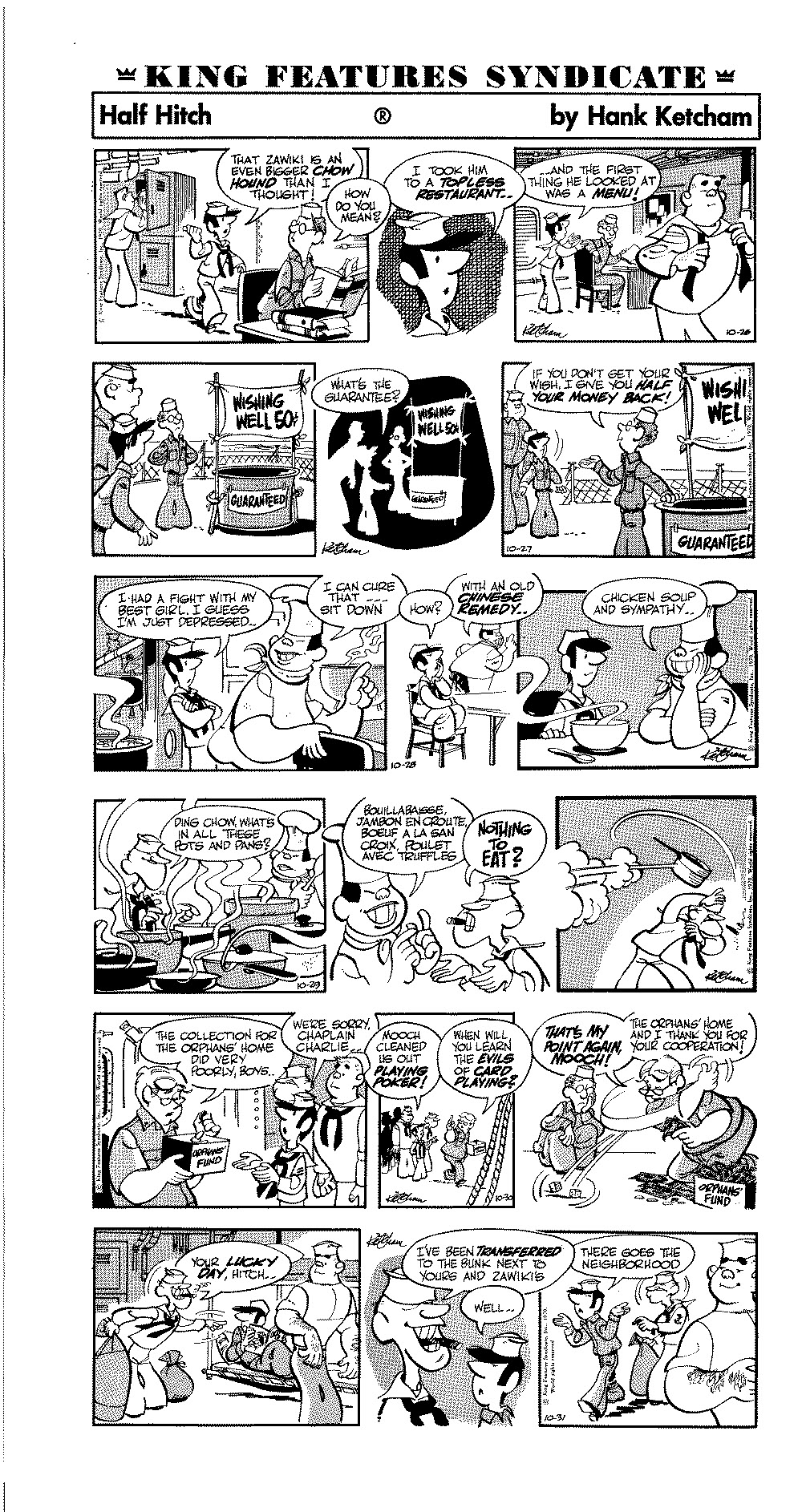 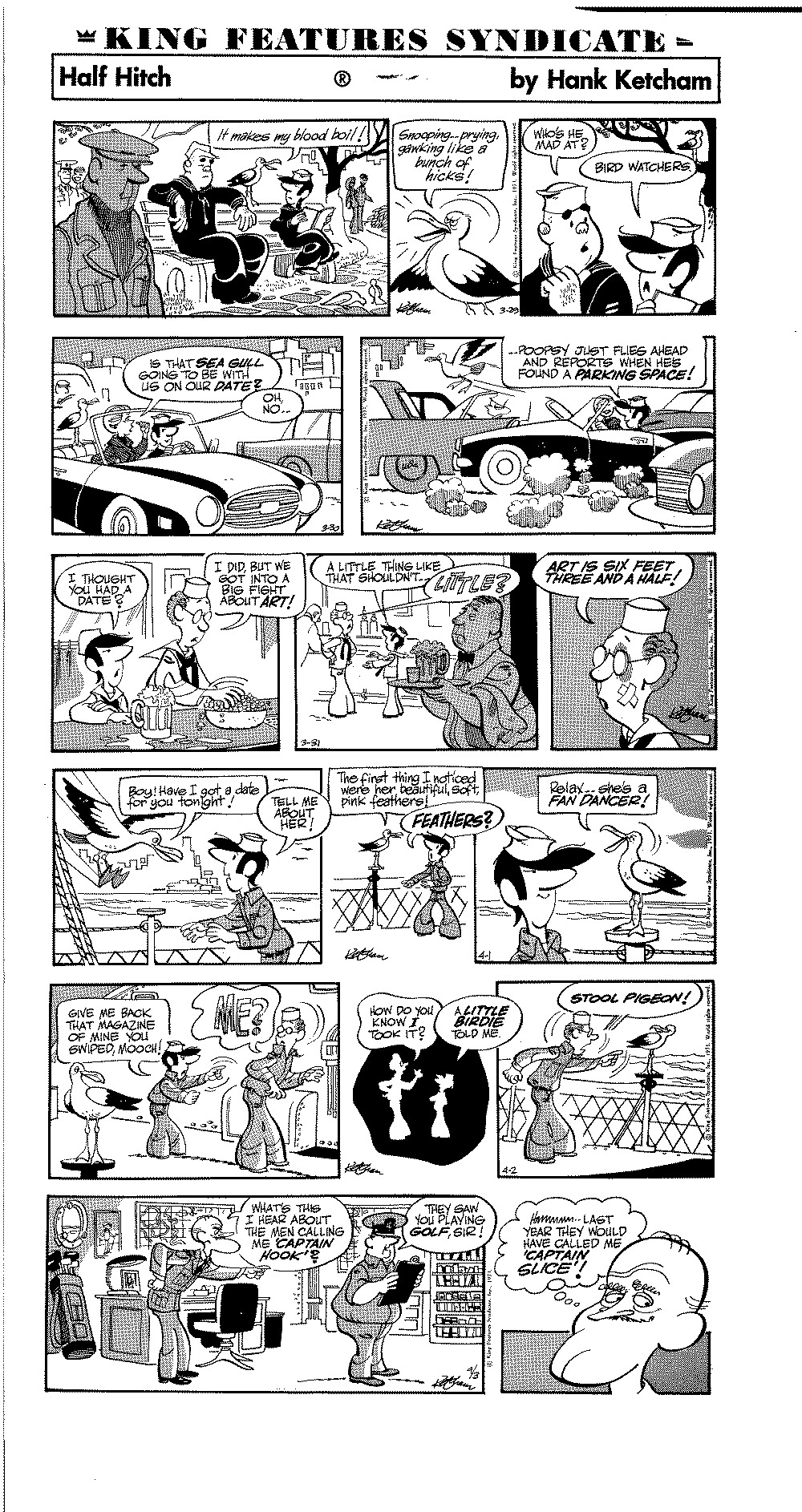 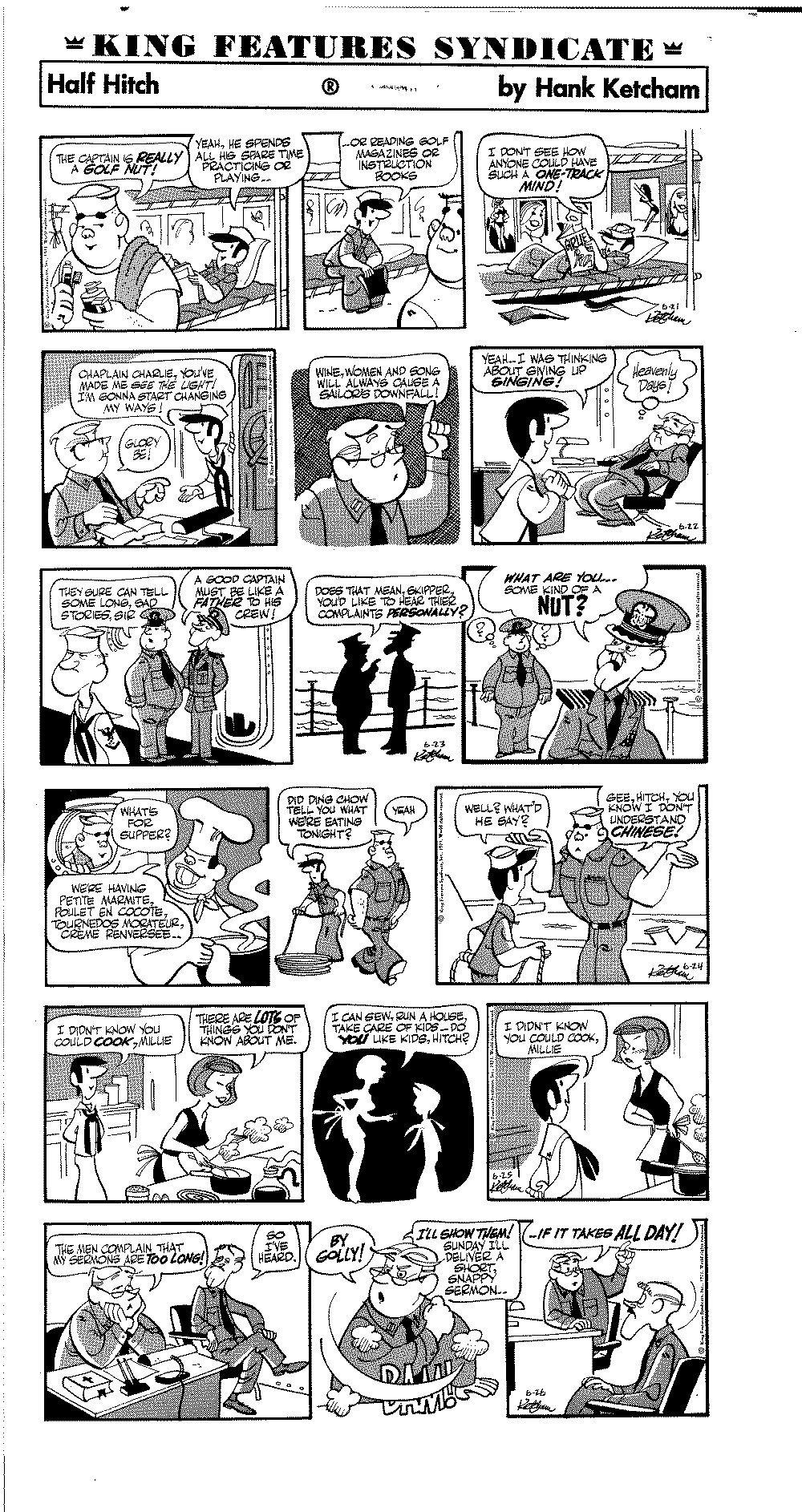 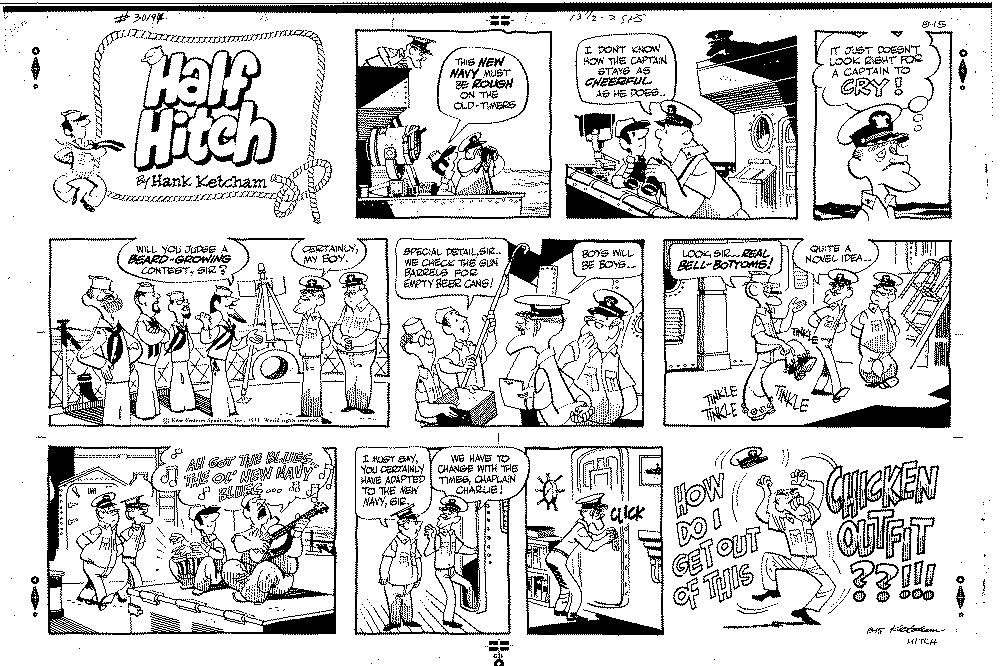 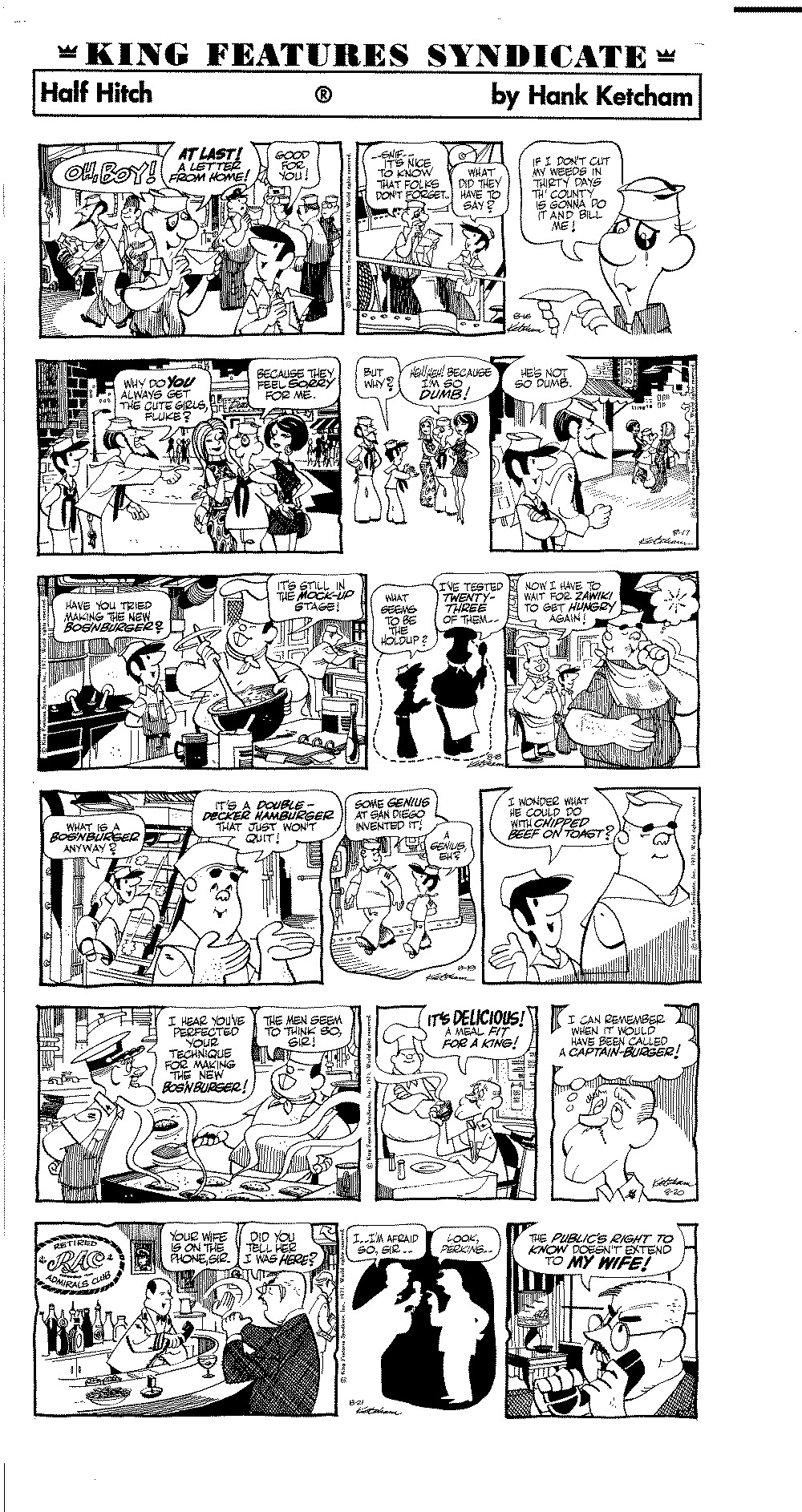 Most of Hitch’s time was devoted to chasing girls in every port, so the biggest fans were naturally sailors. But unfortunately, it won few readers in civilian life as Beetle had done, and the series was discontinued March 1, 1975.