This week’s blog post is in response to reader Bhob Stewart’s comment to my “Burgers, Jeeps & Goons…Oh My!” entry. He asked,

“…what about Ed Gold who started the Wimpy Grill chain in 1934? Was that independent of King Features?”

Mr. Stewart is correct, Ed Gold did have a Wimpy’s Grill chain in the U.S. and abroad, but it was not authorized by King Features. Mr. Gold’s small chain closed upon his death in 1978, though there is still a Wimpy chain in the U.K. and South Africa.

It would seem that “Wimpy” has become a generic term. There is a heavily promoted “Wimpy’s Grill” restaurant in Durham, NC today. There is no connection between it and King Features. We will sit back now and see if they send us anything for the free plug.

There are other authorized eateries with King Features’ character motifs.  There has been several celebrating Jiggs (BRINGING UP FATHER) and his affection for corned beef and cabbage,  as well as eateries named after BEETLE BAILEY, Betty Boop and KRAZY KAT that were also around at one time or another.

As far as modern restaurants go, there is a Dagwood’s Sandwich Shoppe in Valparaiso, Ind.

Perhaps the least likely enterprise in comics-themed dining was “Katzenjammer Haus,” which served real upscale food with an emphasis on Germanic cuisine amidst cheerful décor celebrating Hans and Fritz, the Teutonic terrors of KATZENJAMMER KIDS.

It was launched in 1970 by a company known as the Kane-Miller Corporation as a potential franchise-restaurant business chain which, at that point in time, were starting to really take off.  Even the then-hottest name in advertising art, Peter Max, was hired to do a series of posters for the startup.

However, it only had a few openings in the New York area before it flopped. 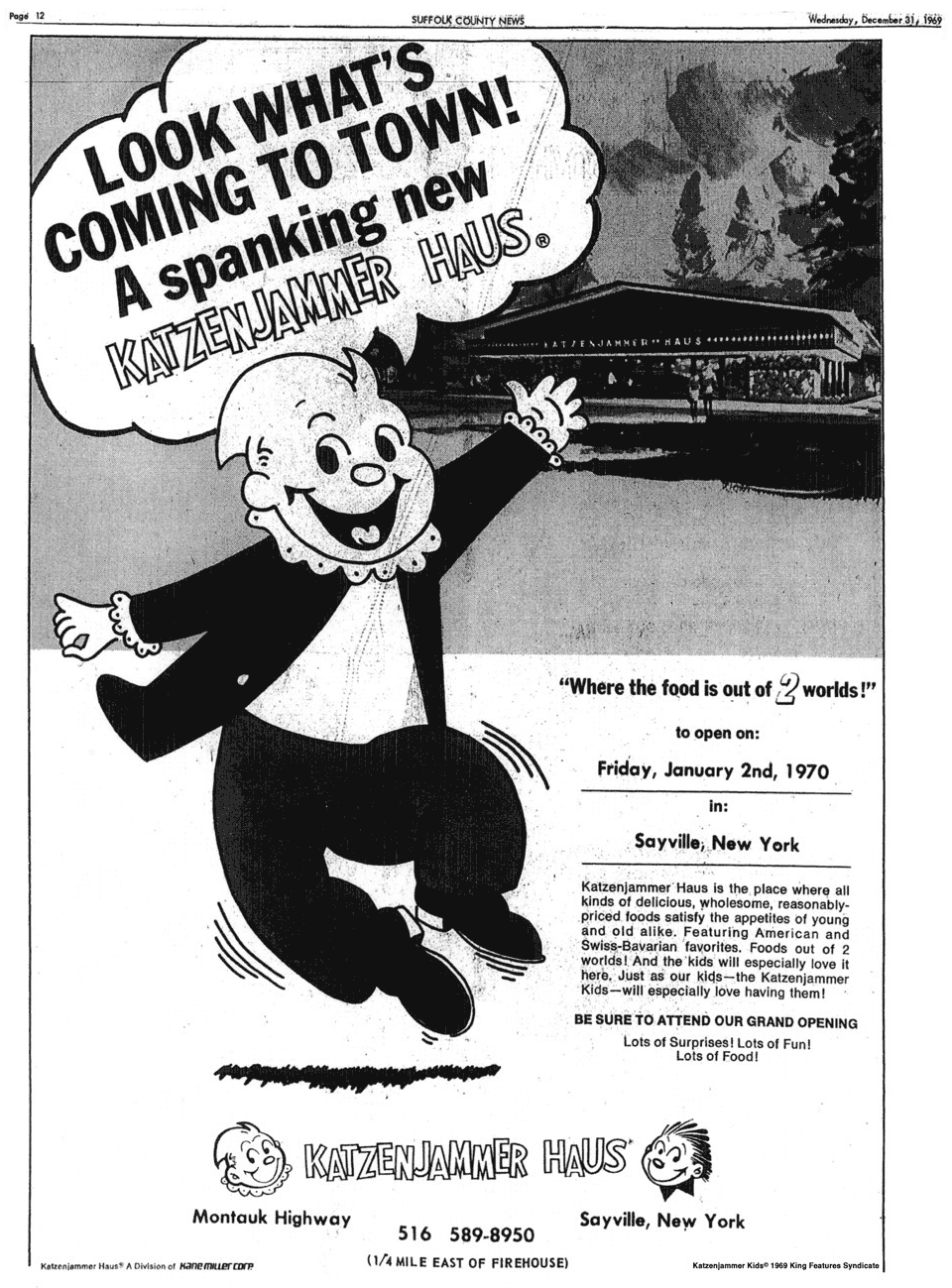 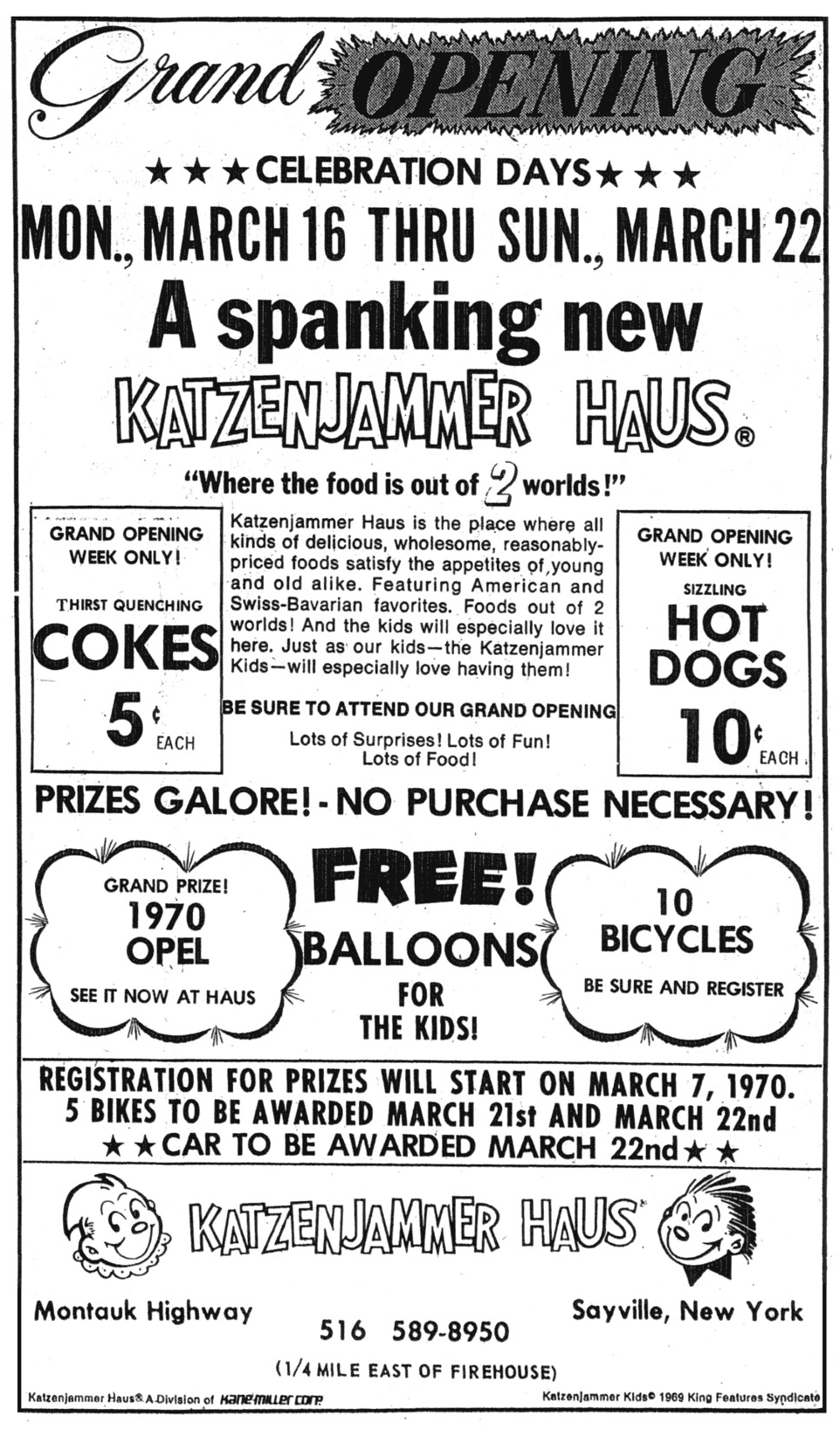 All this talk about food has made me hungry! I’m going to make myself a snack that would have both Wimpy and Dagwood’s mouths watering. Bon Appetit!

Signing off until next week,