This week, as promised, I will say a few words about the comics’ canine dog stars, so sit back and get comfortable because we are about to get “Sirius.”

There are a lot of famous strip dogs wagging their tails and doing tricks in the comics today: Ruff in DENNIS THE MENACE, Andy in MARK TRAIL, Grimmy in MOTHER GOOSE & GRIMM, and Earl in MUTTS, to name a few; but, we will take this time to talk about some top dogs that have appeared in comics past.

Perhaps the first really important comic strip dog was Tige, Buster Brown’s companion and conspirator in mischief. BUSTER BROWN had begun as a New York Herald title in 1902, but moved to Hearst in 1906, where it remained in syndication until 1922. 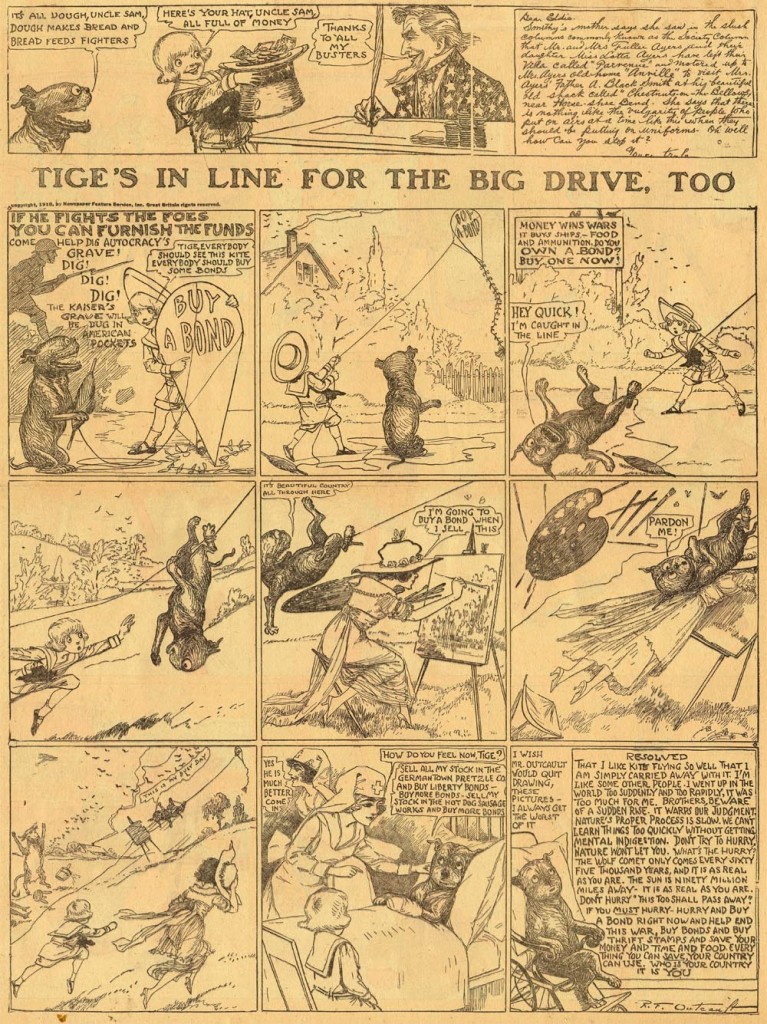 Tige gets the worst of it in this September 8, 1918 BUSTER BROWN strip by R.F. Outcault

When the Hearst Sunday comics started adopting new secondary strips atop well-established ones in 1926, two strips featured dogs: one being in Rube Goldberg’s very short run of BERTHA THE SIBERIAN CHEESEHOUND, and the other in the long- lived (1926-52) strip, DINGLEHOOFER AND HIS DOG, by Harold Knerr. Originally, Herr Dinglehoofer owned a pup whose name was Adolph, but as the name became more and more associated with a certain Adolf, Knerr had him move away and replaced by a new mutt, a Dachschund named Schnappsy.

Schnappsy gets assaulted by a salty parrot in 1941

Often dogs are pets of human stars. In LITTLE ANNIE ROONEY, a poor orphan girl had no friends in the world, except her “pooch,” Zero. 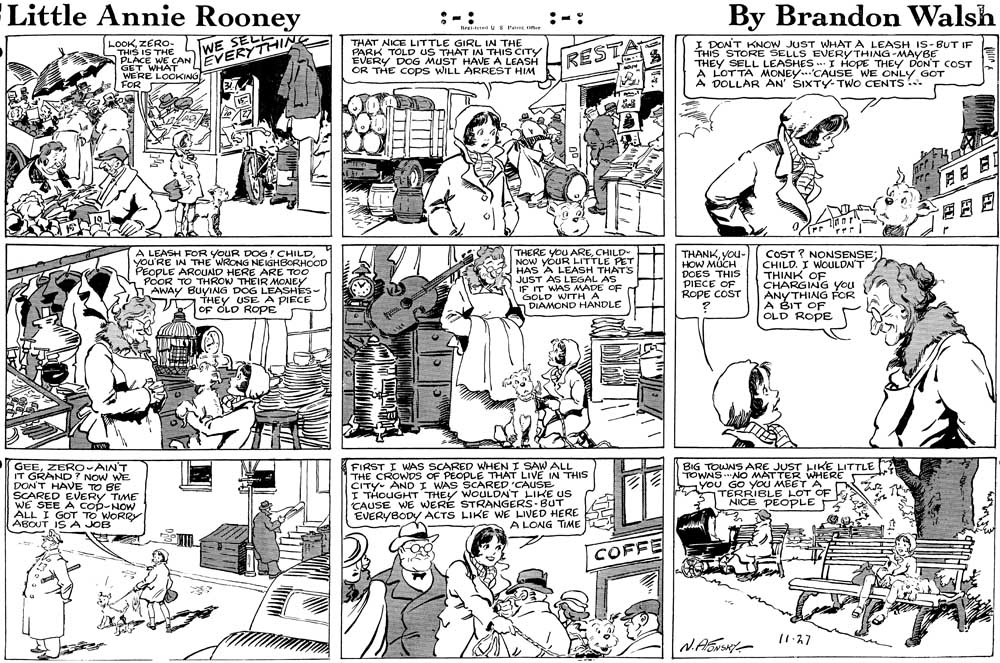 Even, action strips featured canine characters. Though not an actual police dog, an Irish Setter aptly named Irish would bravely lend a paw to catching bad guys in RADIO PATROL.

A dog named Rivets was created by cartoonist George Sixta, who was inspired by other  Navy mascot dogs. The name “Rivets” pertains to the work of shipbuilding during World War II.

RIVETS first appeared in The Saturday Evening Post cartoons in 1944, then became a syndicated strip through Field Enterprises, then its’ successor, News America Syndicate, until 1989.

There are some more obscure Fidos out there that have left the comics scene. Let’s take a second (or perhaps a first) look at some comic doggies from the last 40 years:

A GARFIELD-wannabe with a bonus insult to a great man: WINSTON lasted in syndication from 1985 until 1987 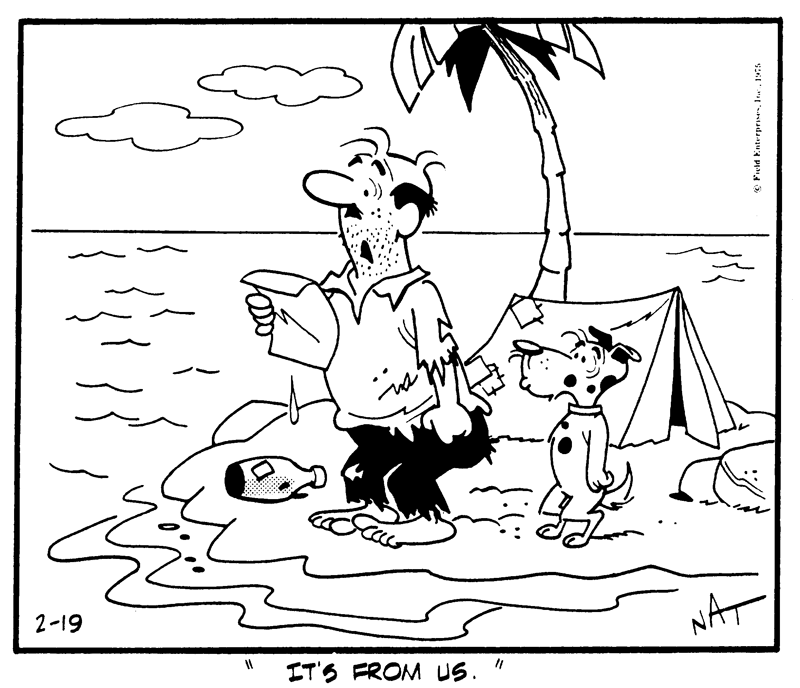 BELVEDERE was an inmaginative panel by George Crenshaw, who used the nom de plume Nat Greenwood. The plan ran from 1962 to 1995

RIBBONS AND HAYWIRE were a real novelty, a girl and boy team, from different sides of the tracks. The strip lasted from 1982 to 1985

MILES TO GO was a comic adventure where Miles, a “Tyrolean Beach Hound,” leave the confines of a “used pet store” to explore the world, but he always ends up returning. (Syndicated 1981-1987)

In last week’s “Supporting Cast” post, Tea shared some of our King Features kitties:  /blog/2011/11/11/supporting-cast-shelter-stories.  It seems only fitting to include some of our adopted dogs in my post this week.

Thanks for reading what I hope becomes a dog-eared post. I hope you visit me here again next week.