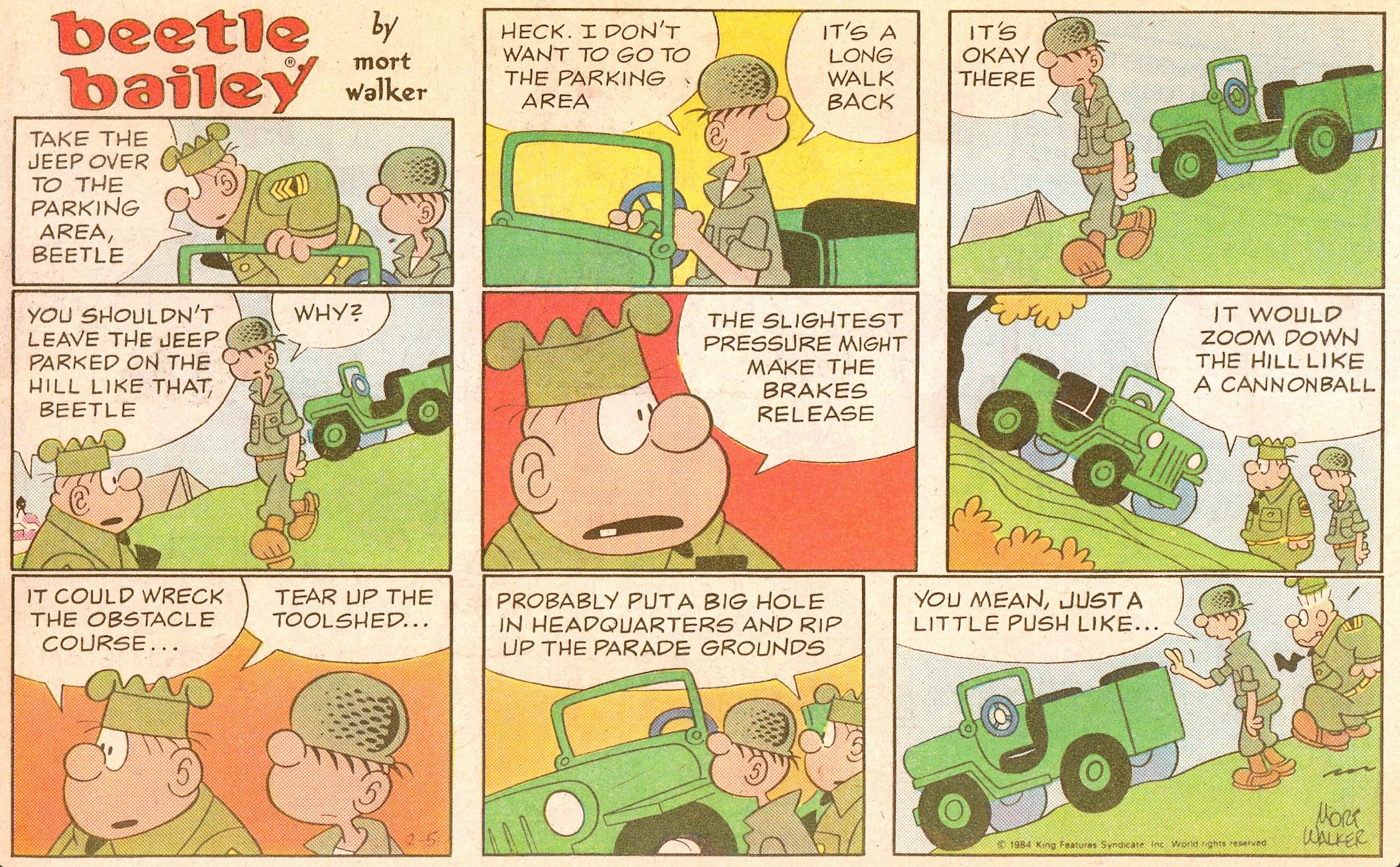 Sarge’s jeep has changed very little over the years. It has forded rivers, sunk in mud and crashed into walls but always gets put back together. The episode above describes some of the mayhem the jeep has the potental to cause.

It was inspired by the classic World War II era model.

The Willys MB (1941-1945) was one of the first military vehicles mass-produced in the United States. It would soon become the most successful military vehicle produced for the war. Forged by the fire of combat and honed in the heat of battle, it seared its way into the hearts of warriors fighting for freedom. Fierce emotional bonds developed between a soldier and his jeep 4×4. The faithful MB earned a place in history, in every area of combat, in every conceivable role.

Sarge loves his jeep but he also abuses it. So does Beetle. In recurring gags they fly off cliffs, soaring into space. The deadly crash when they hit the ground is rarely shown.

In this classic Sunday page from 1960, Sarge inadvertently wins a diving contest. 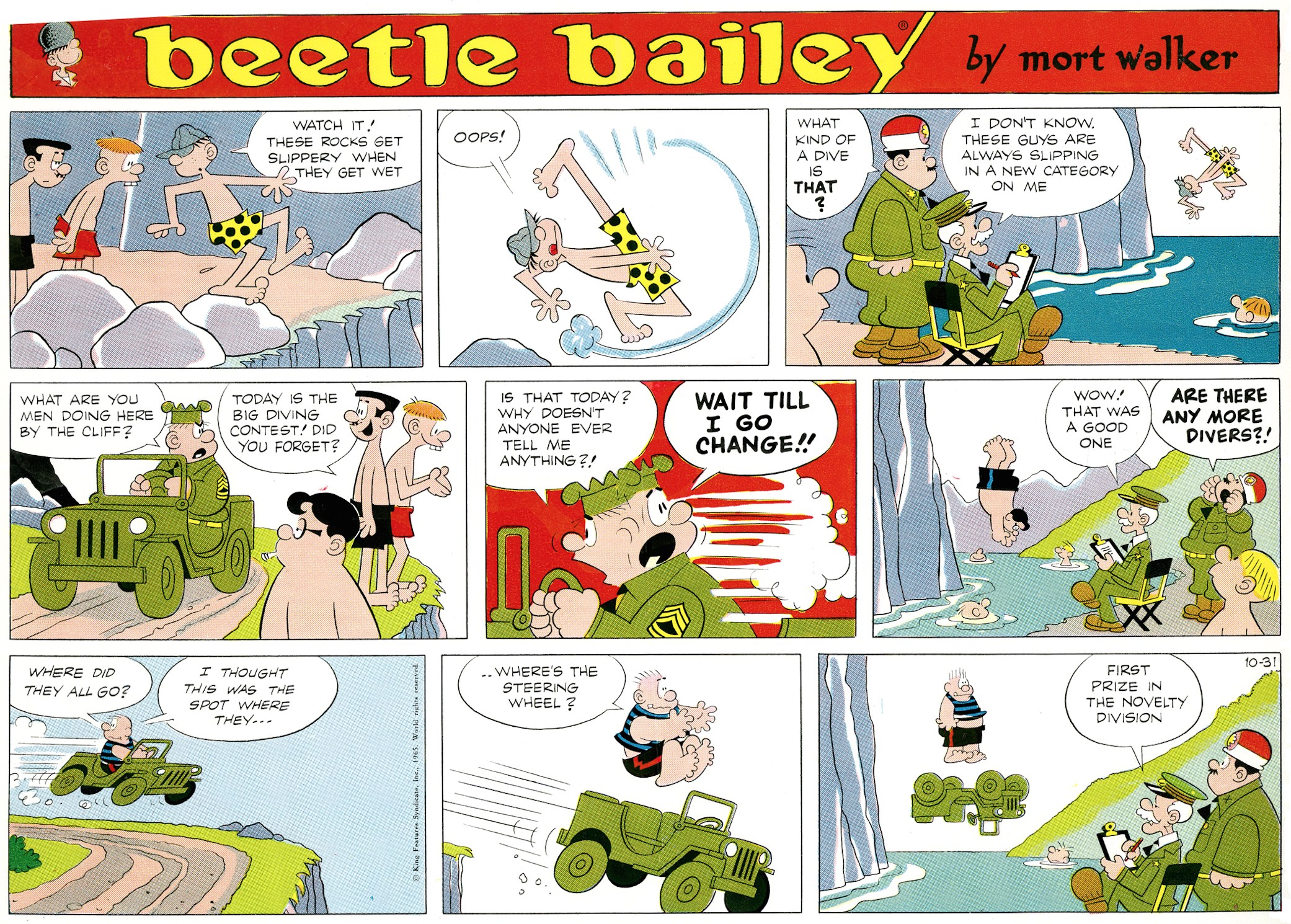 Sarge’s jeep is a relic from the past and will never be updated.