Beetle spends a lot of time in bed. He goes to bed early. He stays in bed late. Sarge is constantly yelling at him to get out of bed. 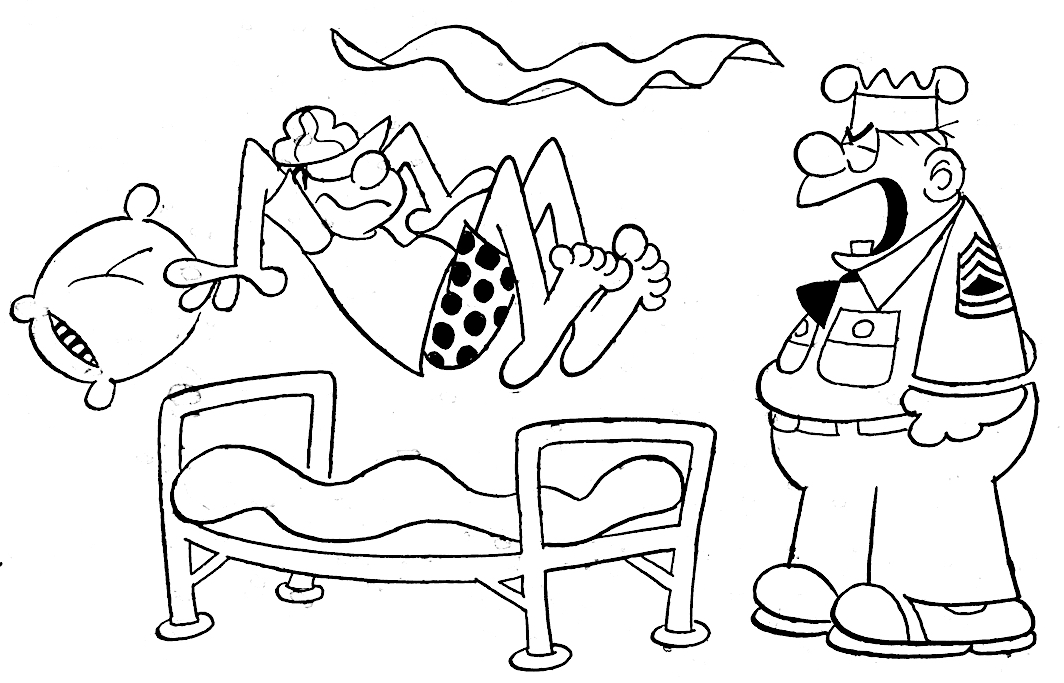 Sleeping is a life-style choice for Beetle. He has a philosophical approach to snoozing.

In this Sunday page from 2007, he shares his appreciation for slumber with Sarge. 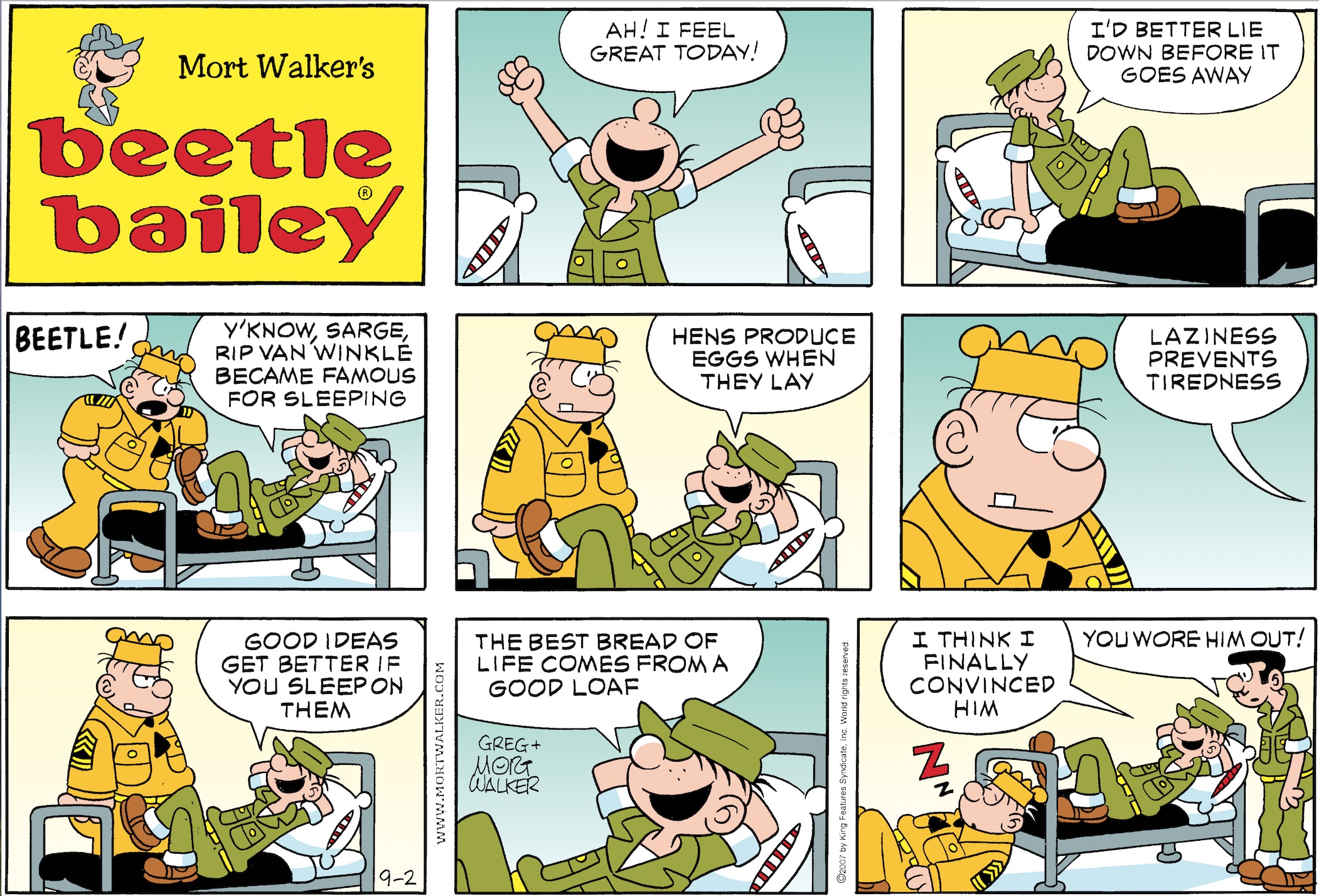 Beetle’s bed is a fixture in the strip. It also has superpowers. Here’s an episode from 2013 in which Sarge fails to separate Beetle from his favorite resting place. 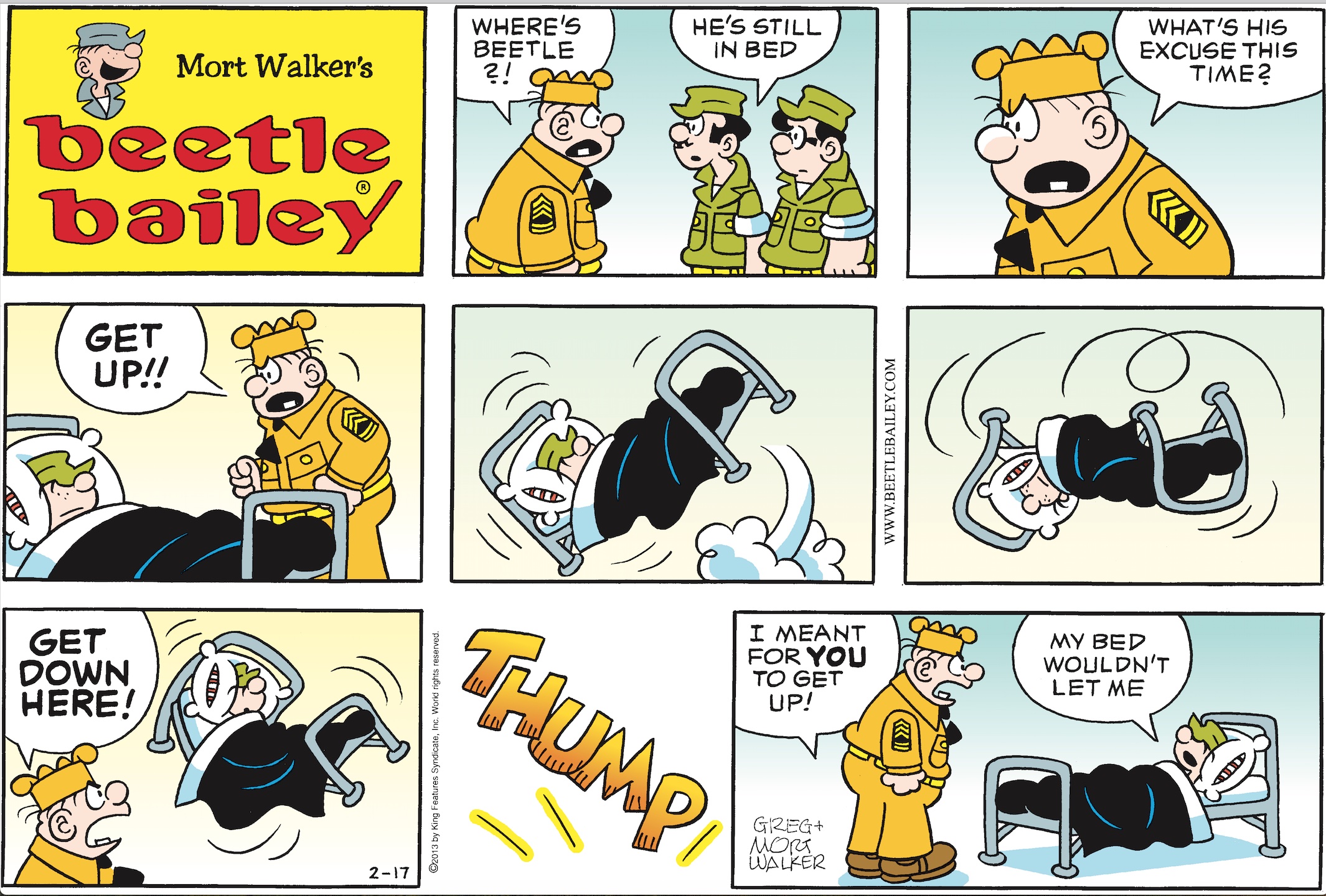 Beetle’s laziness reveals a lot about his character. He loves to take it easy and he’ll never change.

Come back next week for more classic strips from our collection.