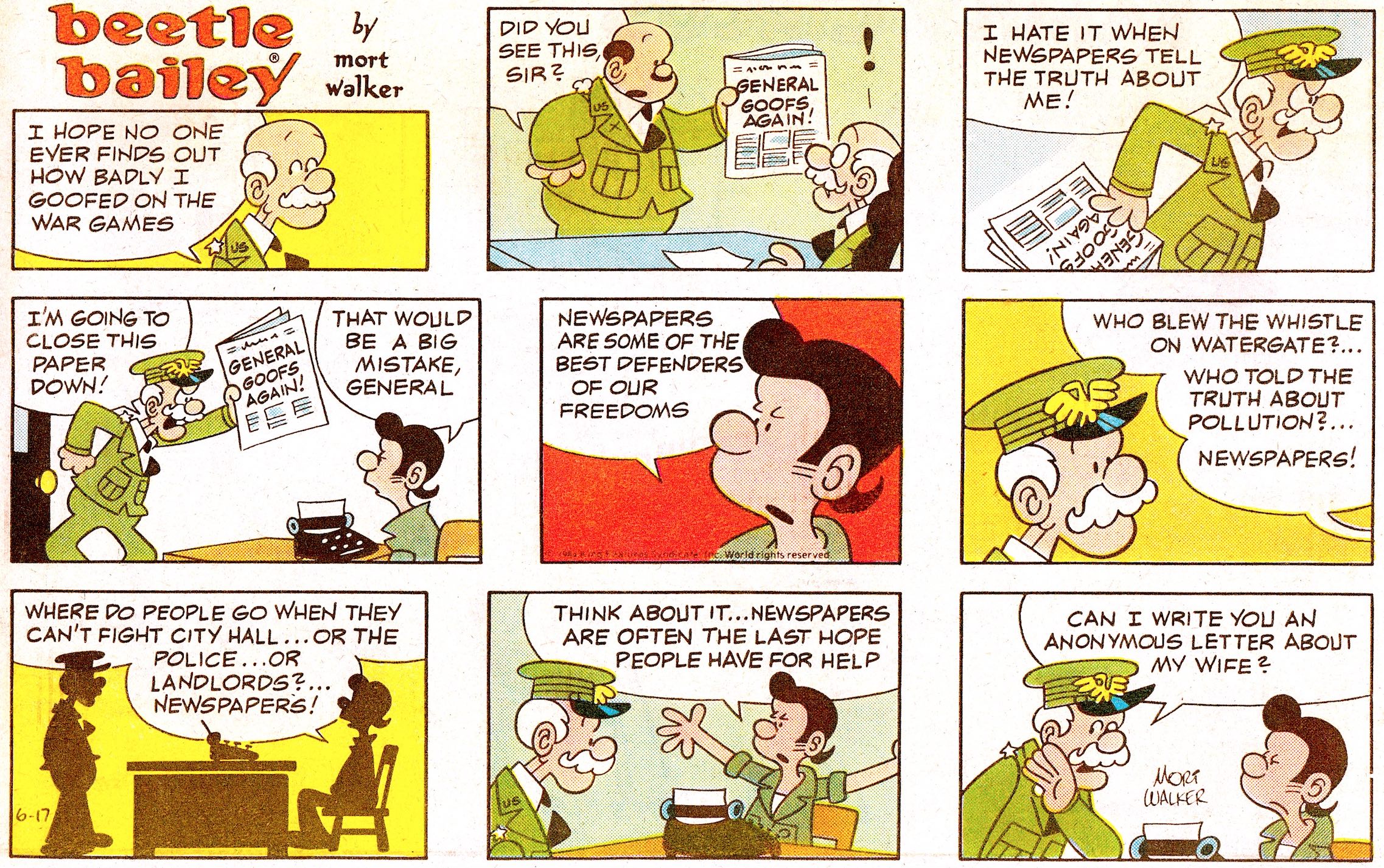 Rocky has been a featured character in Beetle Bailey since the 1950s. At first he played a role as a young hood from a street gang, as in this early episode from 1958.

As times changed, he became more anti-establishment, running the camp newspaper and agitating for any current cause. The Sunday page above is a typical example.

In this classic from 2007, Rocky defends the virtues of The Camp Swampy Muckraker. 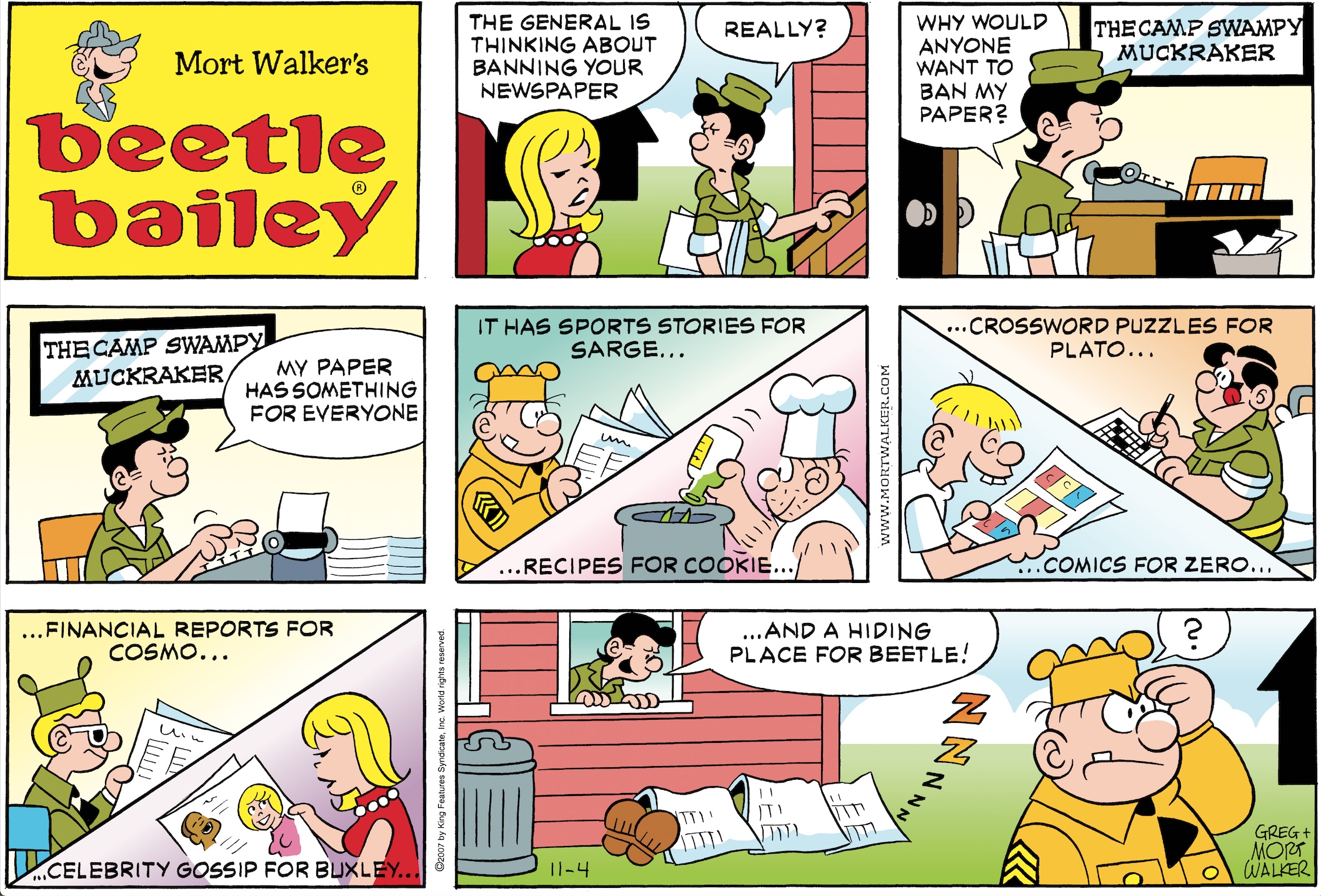 More recently, in 2016, the paper is referred to as The Camp Swampy Bugle. 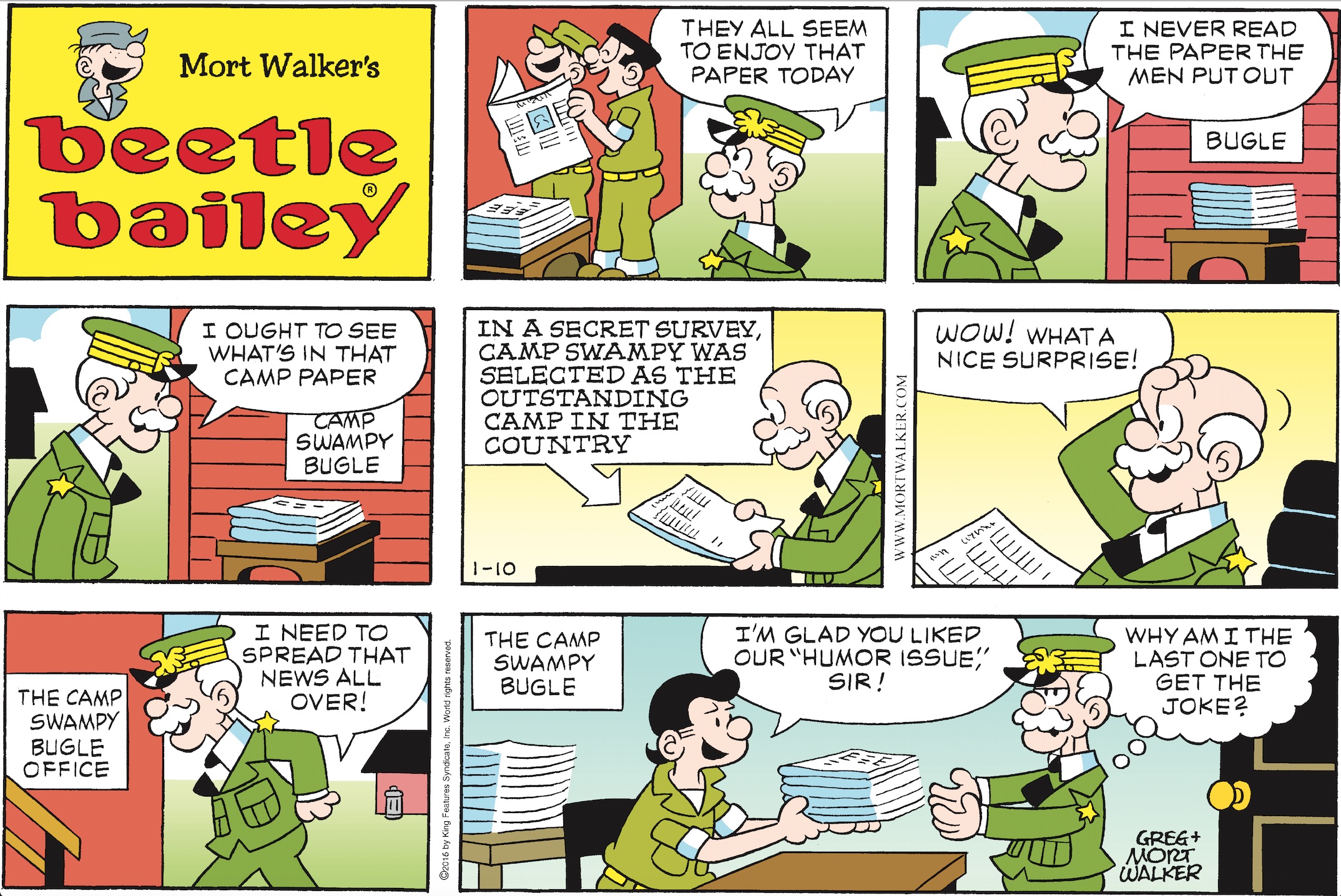 Whatever the name of the publication, General Halftrack is usually the victim of Rocky’s journalistic attacks.

Check back again soon for more about the history of Beetle Bailey.