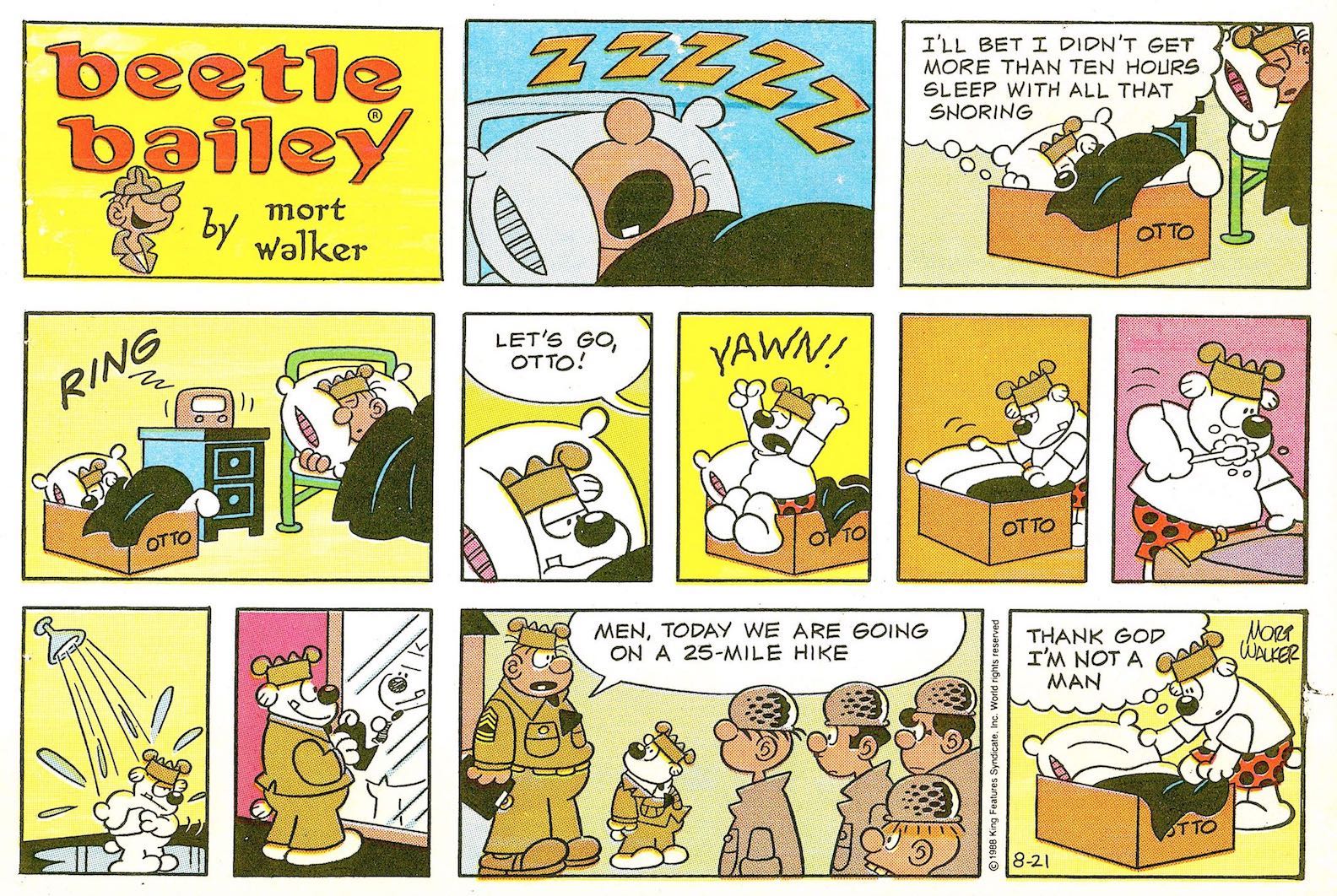 The Sunday page above was scanned from a large group of comics sections, spanning the years from 1982 to 1989, that fellow National Cartoonists Society member, George Karalias, sent me.

George wrote, “The New York Daily News Sunday comics came from my friend, first boss out of college, and mentor, Stavros Cosmopulos. Many years after he retired, during one of my visits to his house, he asked if I wanted the comics collection he had kept since his days as an executive at Hill Holiday, Arnold and CC&D (Cosmopulos, Crowley & Daly). Of course, I said yes and now I’m happy they are going to another happy home and being put to great use!”

Stavros Cosmopulos created award-winning ad campaigns for decades, bringing tourists to Maine, encouraging Red Sox fans to bite into Fenway Franks, and persuading consumers to buy everything from shoes to soft drinks. So it is not surprising that he spoke and wrote in quotable phrases that could fill a how-to manual for advertising executives and copywriters.

One of his memorable quotes was: “It is easier to penetrate your audience with one sharp, clean point or idea, than with a maze of half-baked unremarkable, uninspiring ideas that will never motivate or be remembered.”

When Beetle Bailey first started in 1950, King Features sent out slick color Sunday proofs printed on heavy stock paper. We received these until 1975. For the next two decades the proofs came in black-and-white, until King went digital in 1996.

The New York Daily News color comics sections will fill in a huge gap in our archives. Below is the spread from August 21, 1988 that included the Sunday page above. 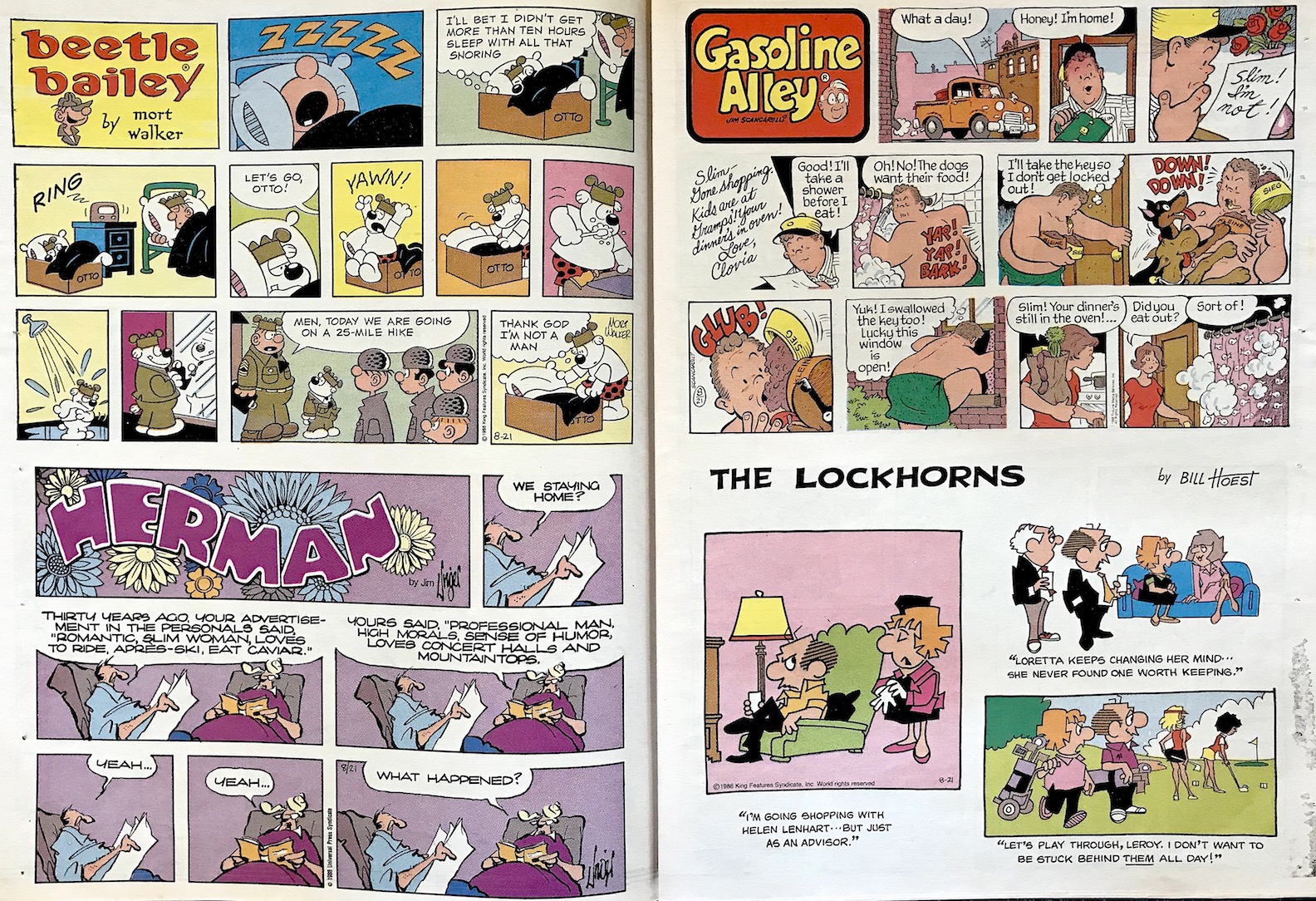 In the coming months we will share more classic pages from this collection, so stay tooned.