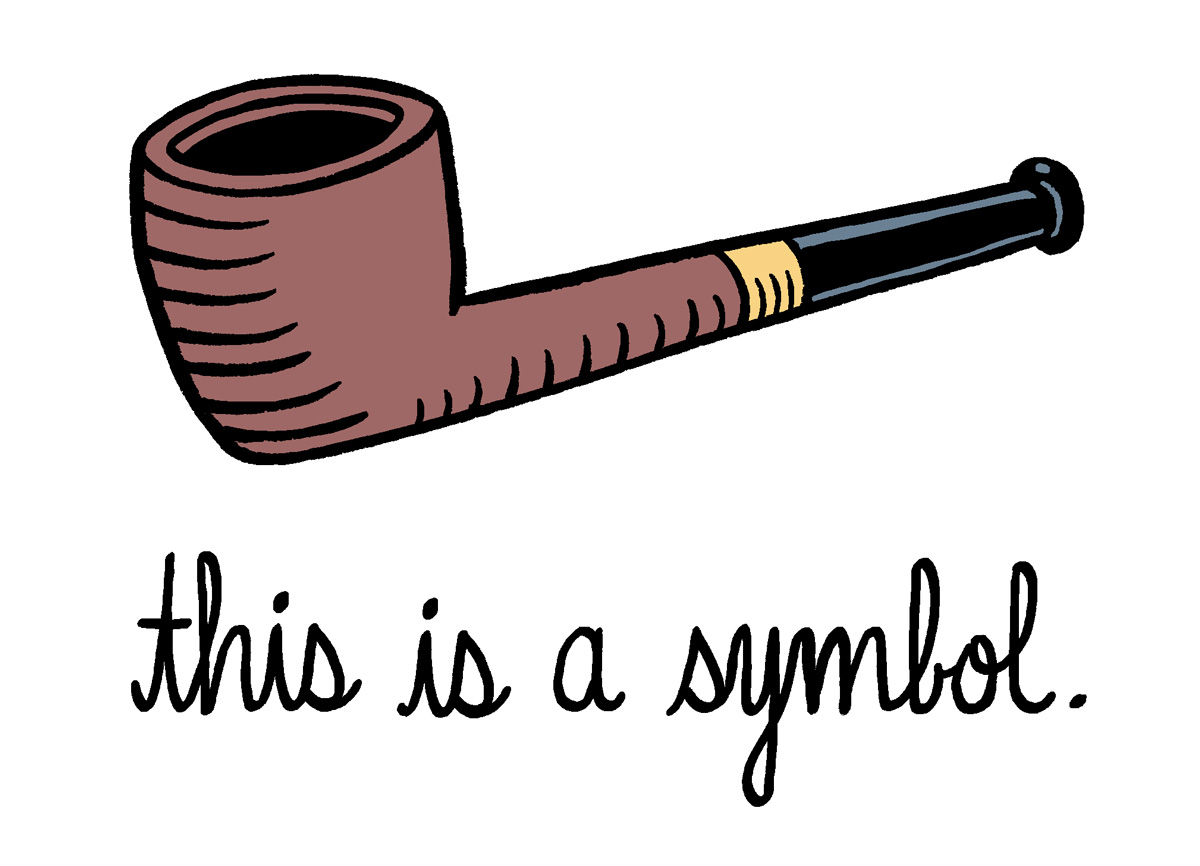 On this beloved holiday, we’re pleased to reveal Bizarro‘s newest Secret Symbol, The Pipe of Ambiguity.

Dan Piraro began sprinkling odd little symbols into Bizarro comics in the mid-1990s. I believe the latest addition was O2 (Olive Oyl) in 2017. The first one may have been the Inverted Bird, but details are murky.

On January 1, 2021, The Pipe of Ambiguity will join the roster of Secret Symbols. Dan and I agreed that it would be a fun way to continue to make my mark on Bizarro as I begin my fourth year (!) of doing the daily comics. Since we’re both fans of surrealist art, René Magritte’s famous pipe seemed to be a good fit.

Here’s a preview of the description that will be added to the Secret Symbols page on Bizarro.com:

The Pipe of Ambiguity honors surrealist artist René Magritte (1898-1967), a figure of inspiration at Bizarro Studios. His 1929 painting, The Treachery of Images, embodies Bizarro‘s comic aesthetic. It shows a pipe floating above the words Ceci n’est pas une pipe, French for This is not a pipe.

Magritte was fascinated by the interplay of words and images, and in 1913 he published an illustrated essay exploring these relationships. The article included a drawing of a person speaking via word balloon, revealing him to be a surrealist who also used the language of the cartoonist.

The pipe reminds us to question our assumed perceptions of reality, and to remain open to higher meanings, or  “the bigger picture.”

Certification Note: Appearances of the pipe prior to January 1, 2021 were unofficial, and were not counted in Bizarro Secret Symbol tallies.

Make a drawing of the pipe on an index card. Fold the card in half, with the drawing on the inside, and carry it with you in a wallet or pocket. To end any conversation not sufficiently surreal to hold your attention, produce the card, show it to the other person and exclaim, “This is a portrait of René Magritte.”

But don’t take up smoking.