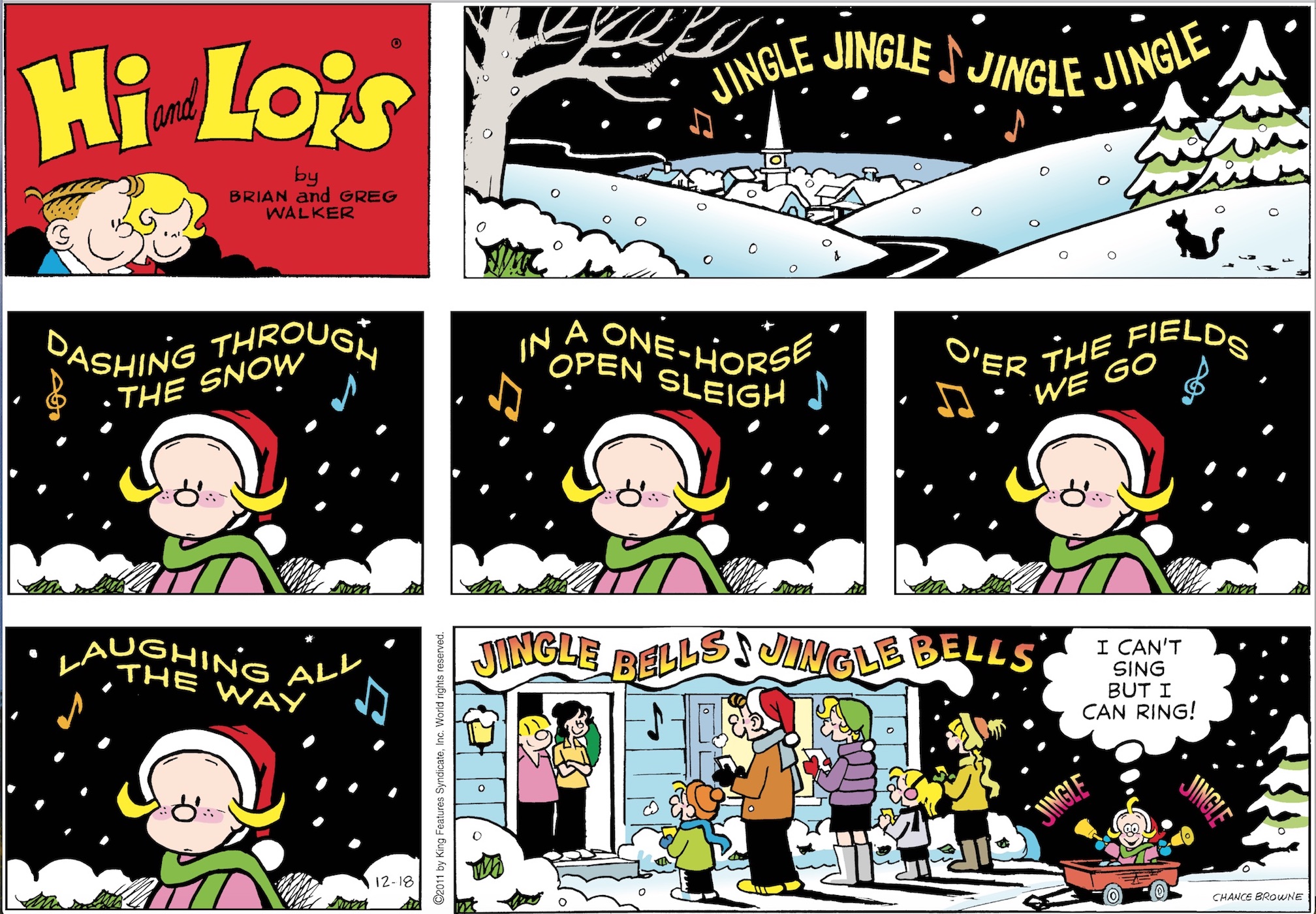 Christmas carols are as integral to the season as trees, gifts and eggnog. While most countries boast unique holiday traditions, caroling is one that most have in common.

Singing was separate from Christmas until Saint Francis of Assisi began incorporating sayings and songs into his Christmas services.

These songs continued as oral traditions for several hundred years until some were finally collected, written down, and published in 1582.

Eventually, caroling became a favorite activity in holiday celebrations. Many carols have been modernized and continue to bring warm wishes and comfort to the season.

In 2017, it was estimated that about 16% of Americans reported going caroling. Carolers brave the frigid winter air to sing in neighborhoods and churches across the country. Whether it’s a group of friends and family or strangers, caroling is one of the most popular ways for people to get into the holiday spirit.

The Sunday page above shows Trixie accompanying the family caroling.

The episode below features Chip’s band playing the rock and roll version of a popular Christmas song. 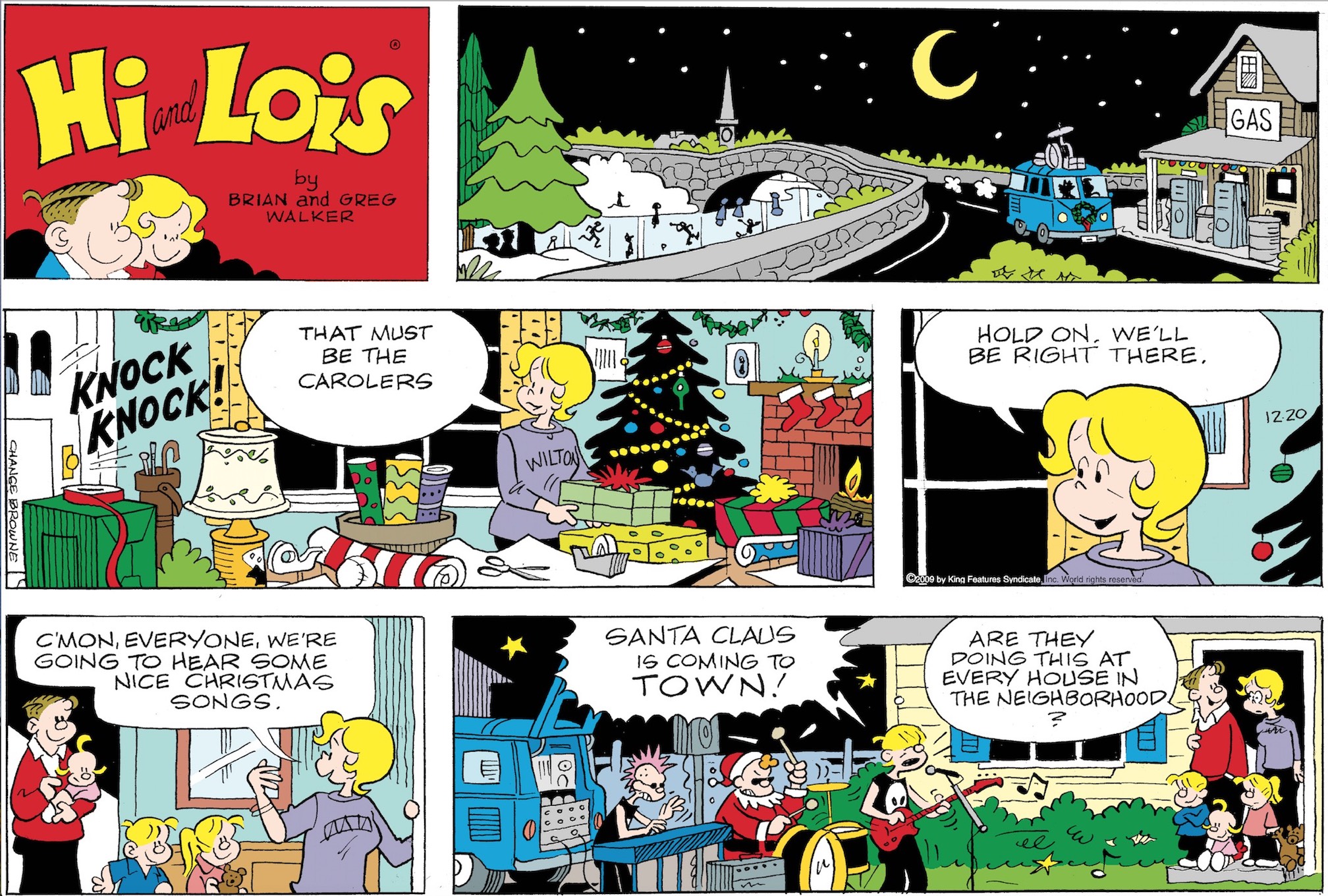 Next week we will have a special Holiday Greeting, so be sure to check back.