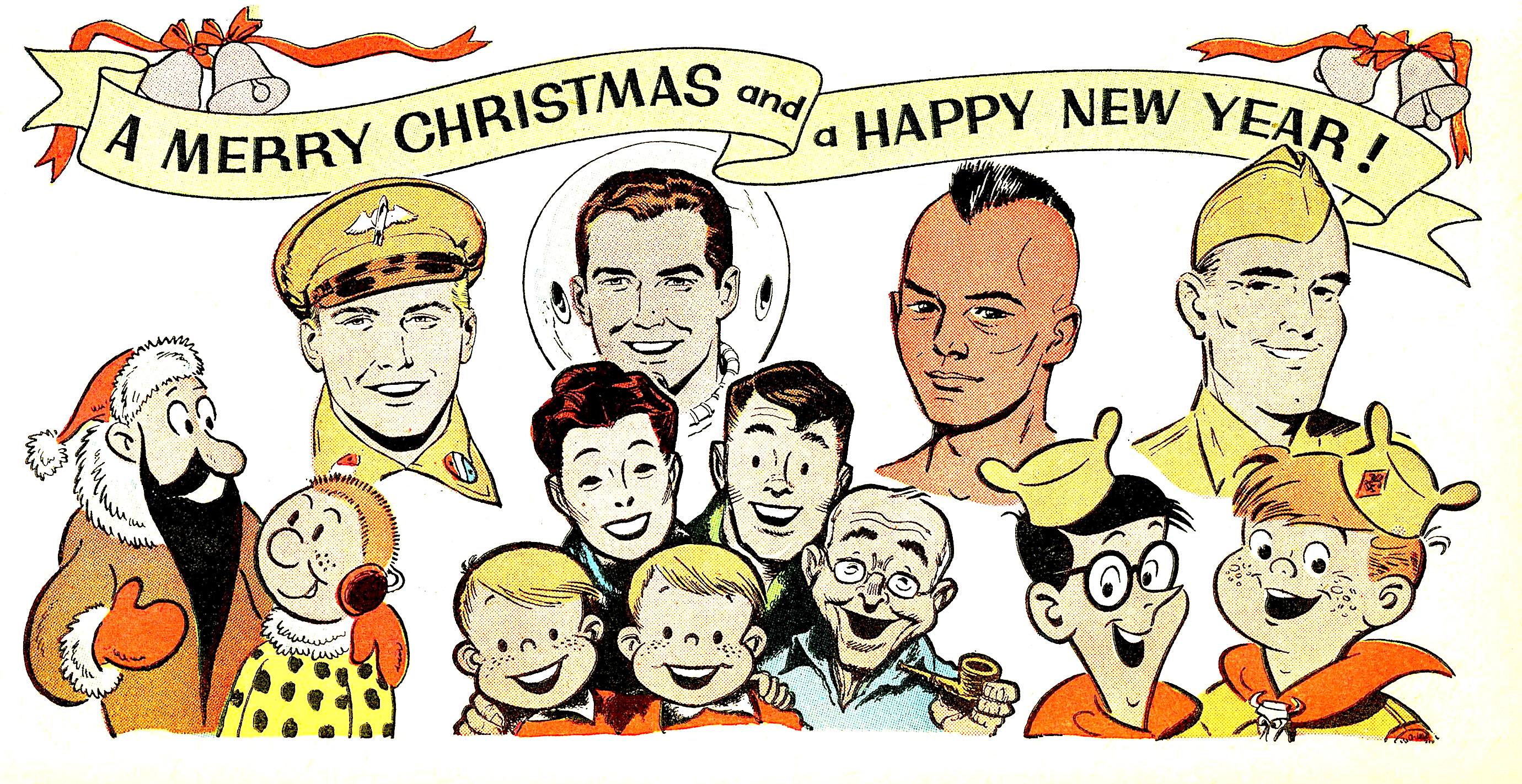 The holiday greeting above appeared in the December 1958 issue of Boys’ Life magazine and features characters from their regular color comics, including (front row, left to right) Rocky Stoneaxe,The Tracy Twins and Pee Wee Harris; (back row, left to right) Space Conquerors,Tono and Scouts in Action.

The Tracy Twins was illustrated by Dik Browne from its debut in the October 1953 issue of Boys’ Life until he handed it over to other artists in the early 1970s. It was written and designed by Al Stenzel, an art director at the Johnstone and Cushing agency. The Tracy Twins was published in a full-page format until January 1962, after which it switched to a semi-permanent half-page.

This full page Christmas episode is from December 1959. 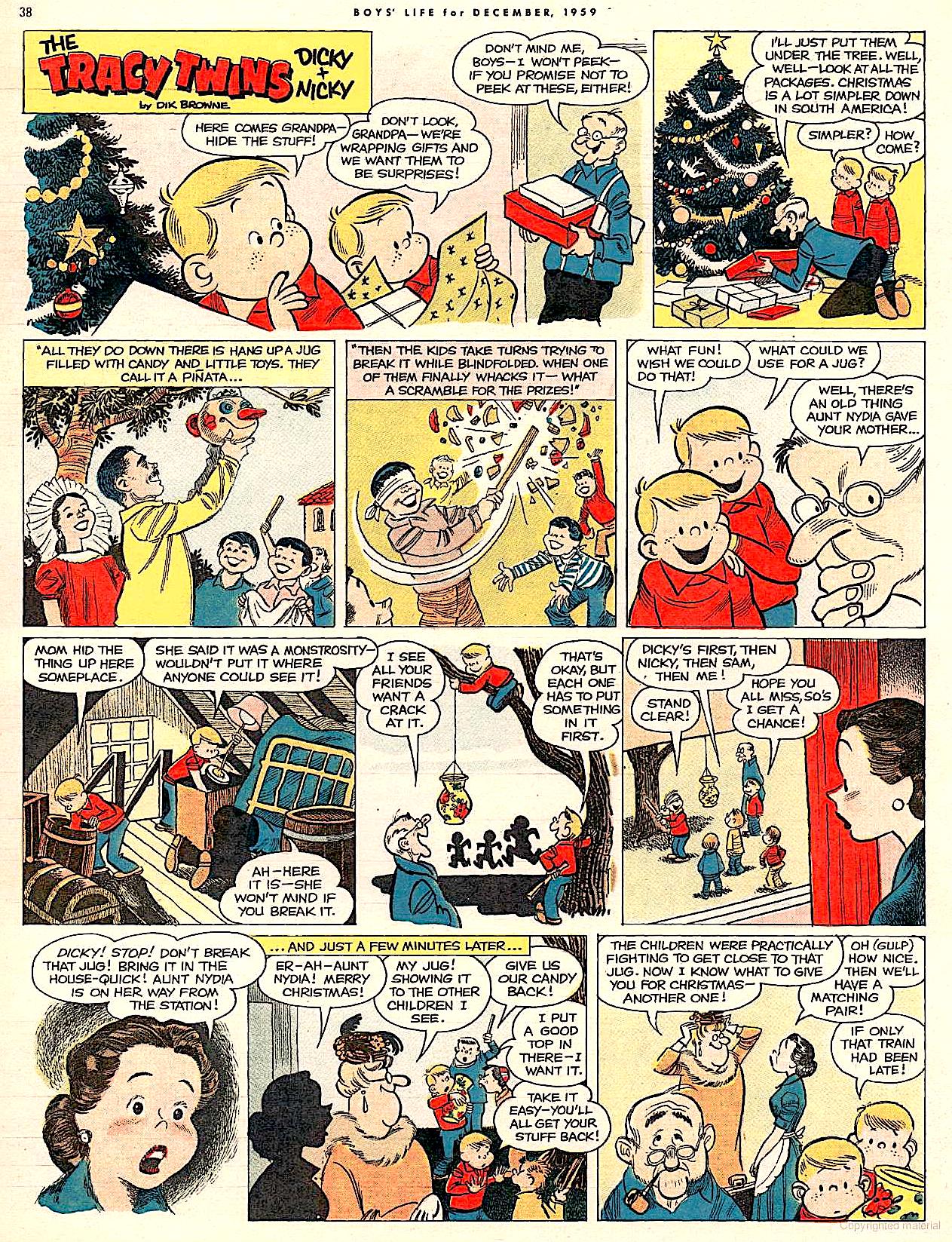 Here’s a half page holiday strip from December 1967. 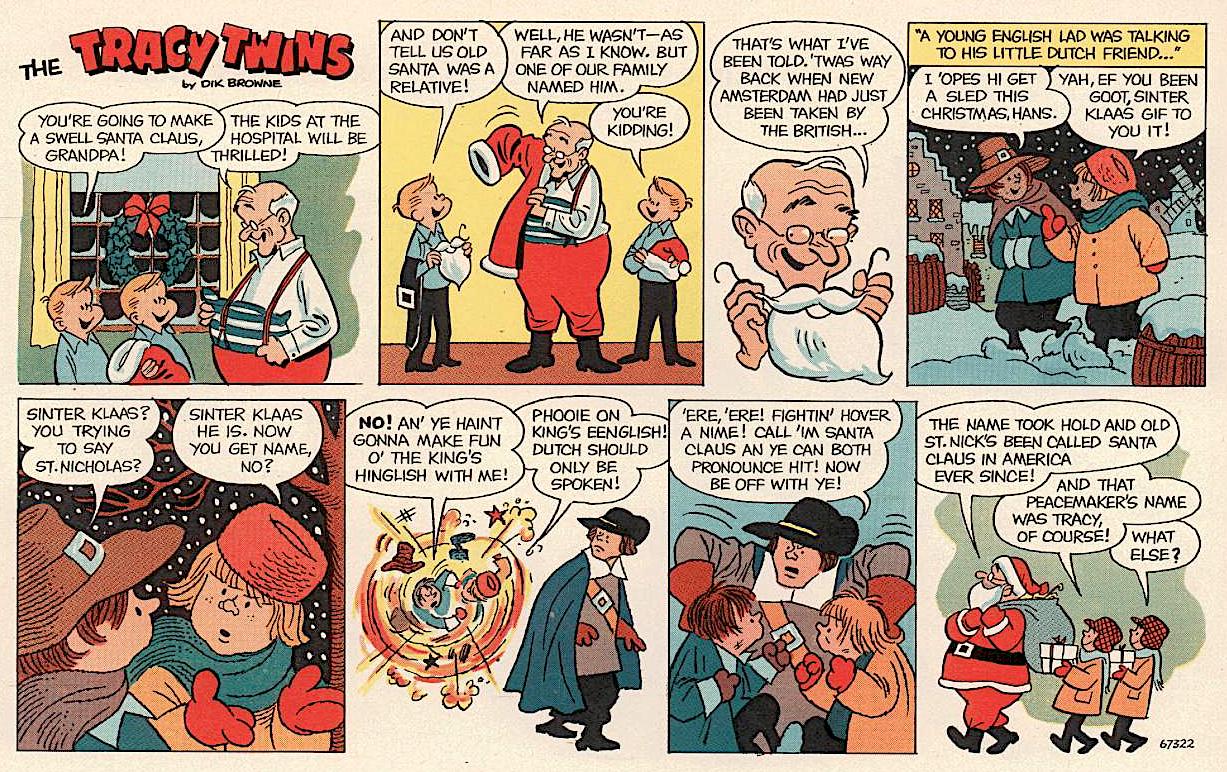 Christmas was Dik Browne’s favorite time of the year and he always drew something special in both The Tracy Twins and Hi and Lois.

Check back next week for more seasonal artwork from our archives.