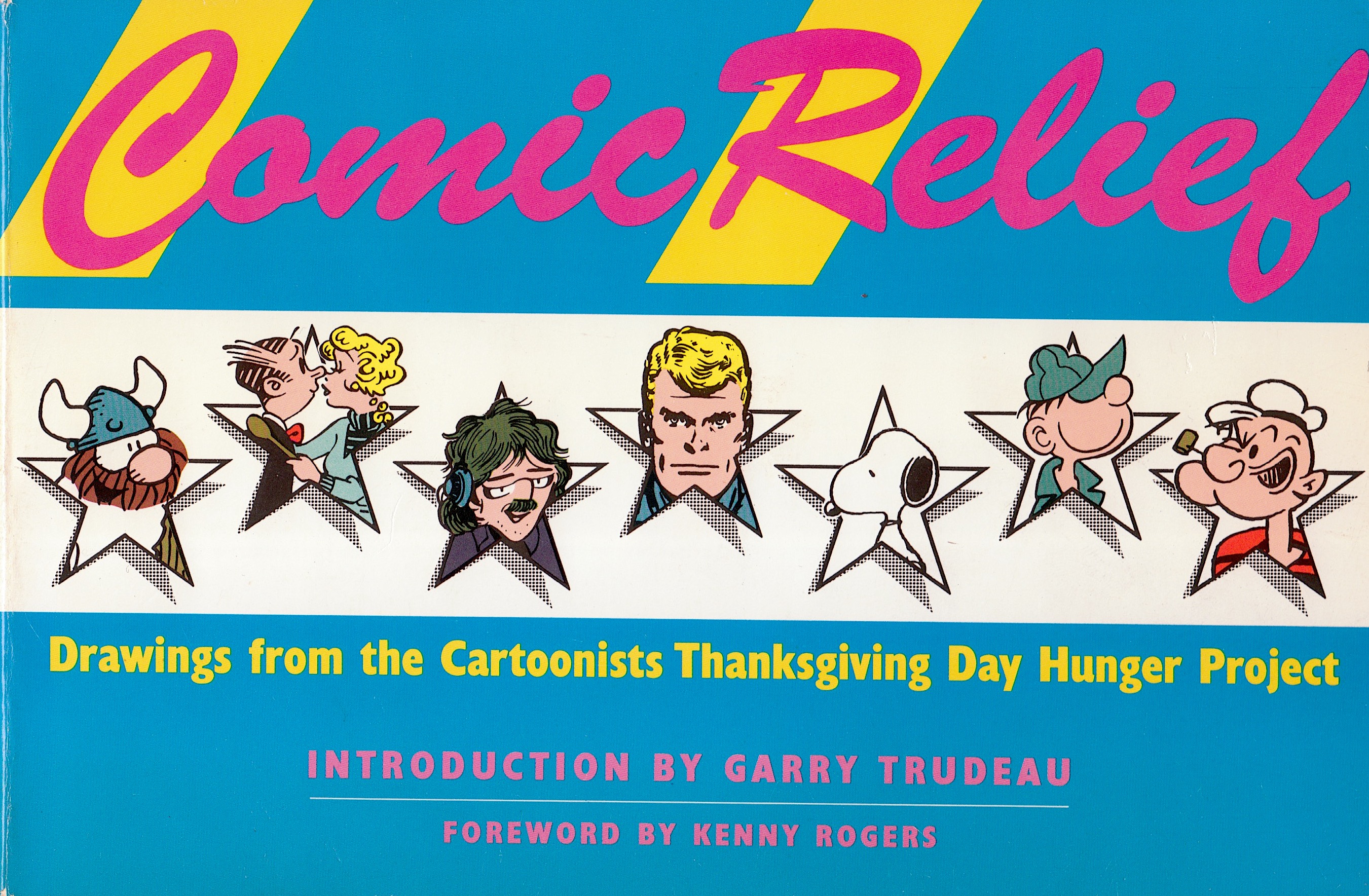 In the summer of 1985, Milton Caniff, Charles Schulz and Garry Trudeau sent letters to 250 syndicated cartoonists inviting them to dedicate their features to the topic of world hunger on November 28, 1985.  Initially worried about the response, Trudeau was surprised to discover, when he opened his newspaper on Thanksgiving Day, that, “175 artists, inspired by the potential impact of a concerted effort among their ranks, did something they had never attempted before – they worked together.”

For that one day, America’s cartoonists had raised awareness about a crisis of global proportions.  The next day it was back to business as usual – helping the world to laugh at itself.

The book collection above was published in 1986 and includes all of the comics that appeared in newspapers that day. The cover was designed by George Corsillo and David Stanford was the editor. Below is a sample of some of the strips and panels. 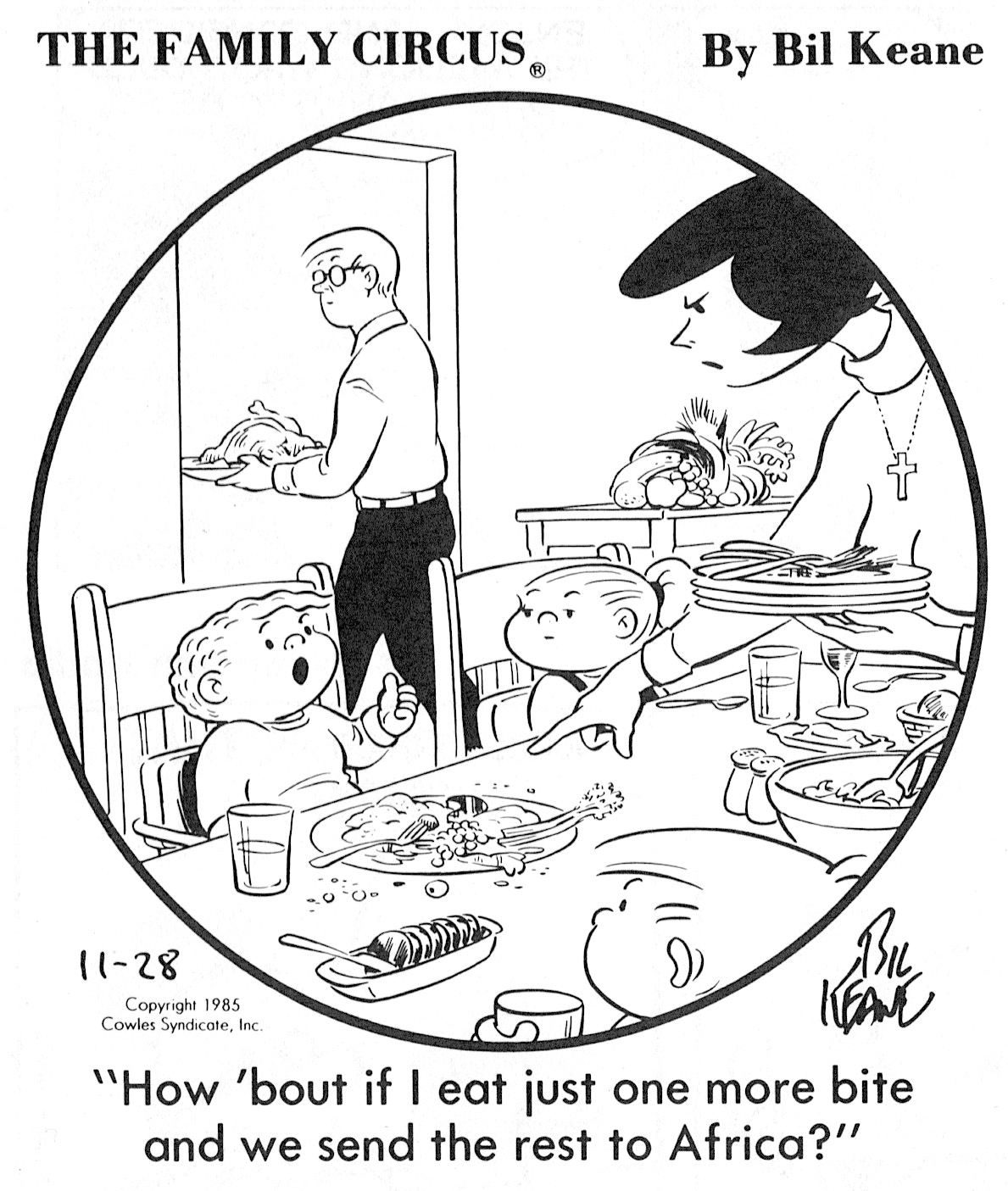 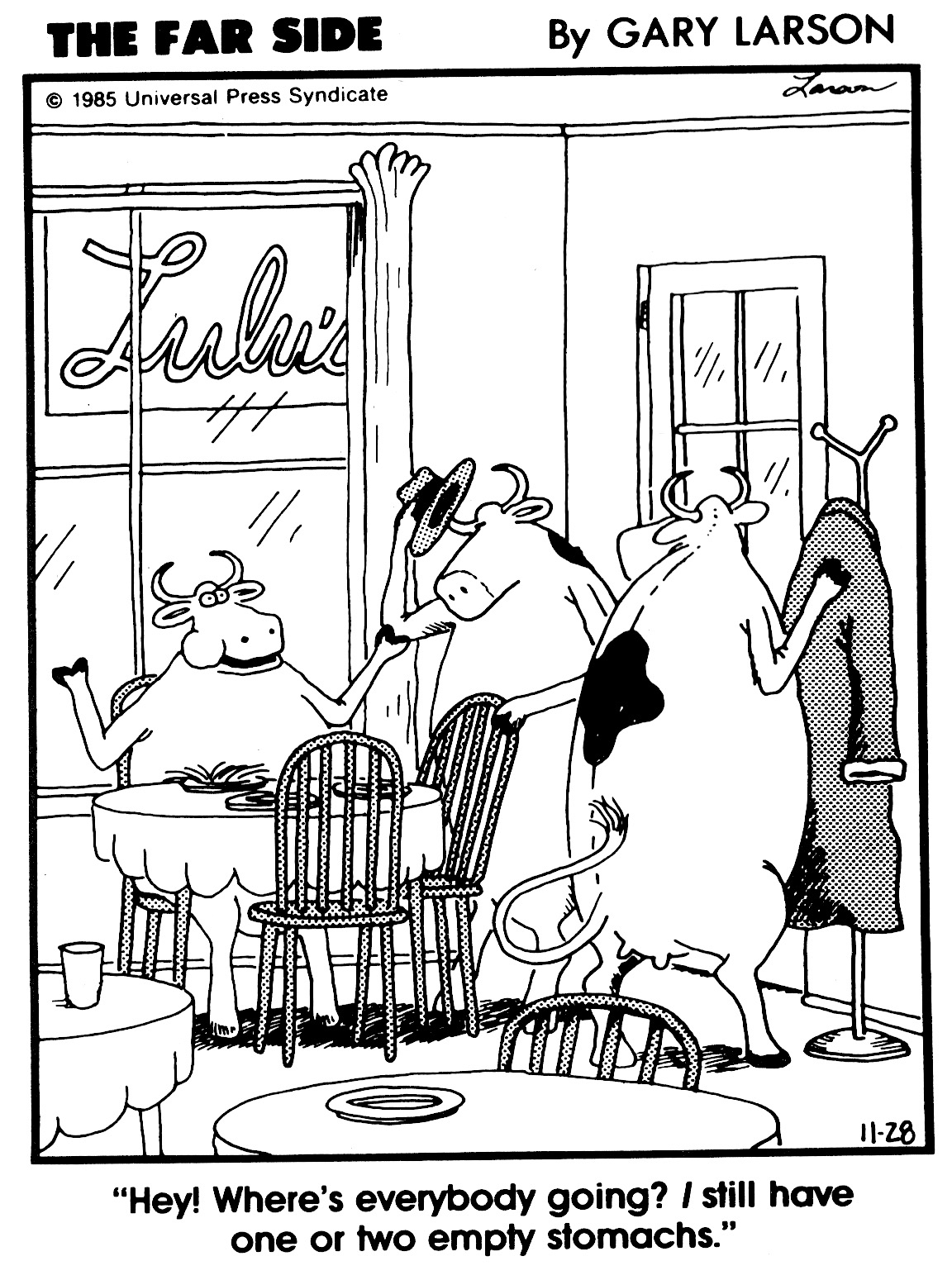