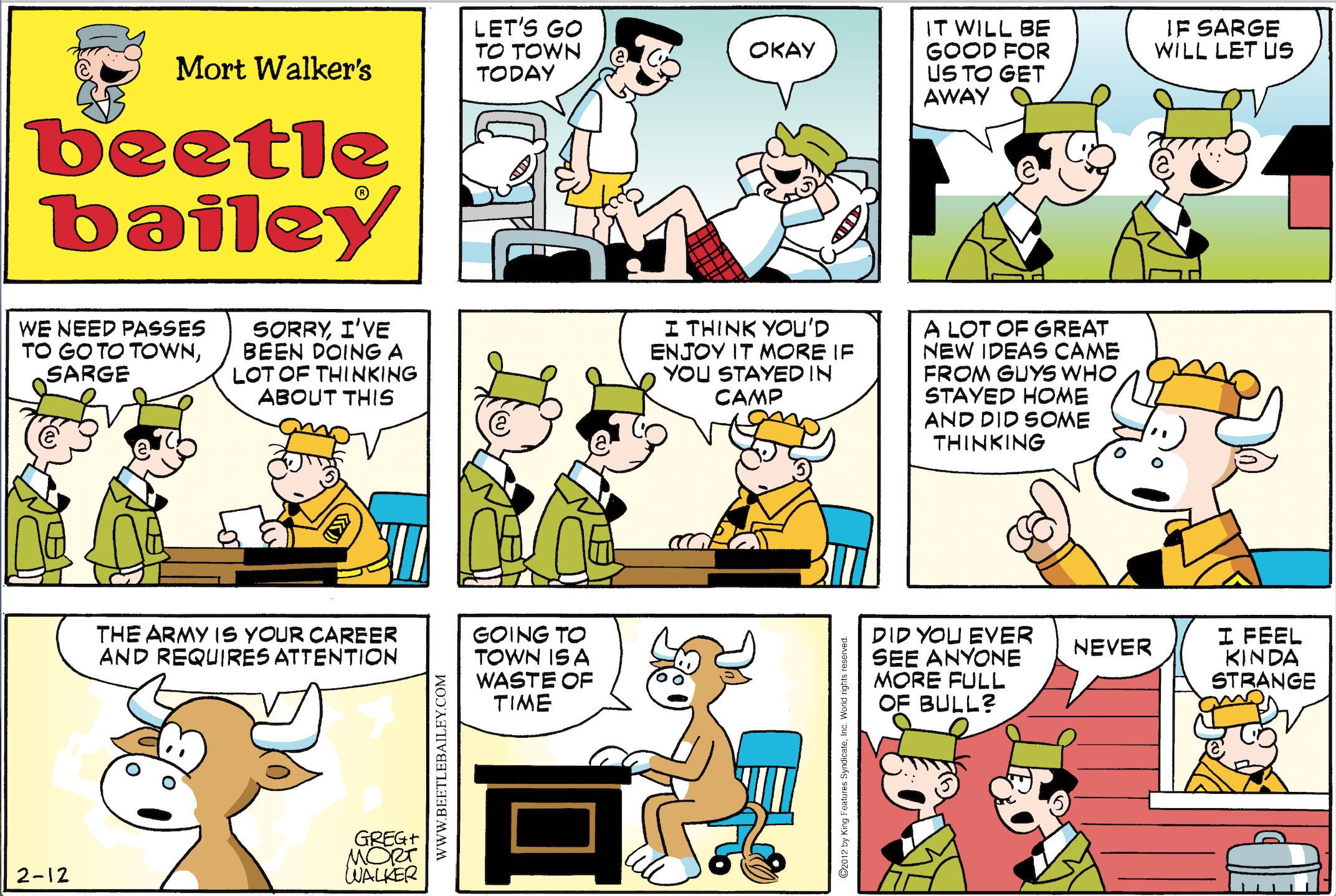 Beetle Bailey has always been a visually adventurous strip, but the episode above is particulary surreal. Sarge grows horns and turns into a bull while he is talking to Beetle and Killer. No explanation is provided for why he goes through this bizarre transformation.

One of Mort Walker’s favorite contemporary strips was Jerry Scott and Jim Borgman’s Zits, which debuted in 1997.

From the beginning, Scott and Borgman made liberal use of the visualization techniques that Bill Watterson introduced in Calvin and Hobbes.  The perceptions and fantasies of fifteen-year old Jeremy Duncan, the star of Zits, are shared with the readers. Jeremy’s reaction to his mother’s new haircut (clownish) or his take on his father’s limited computing skills (gorilla-like) are hilariously depicted rather than merely implied.

In this Sunday page from 1999, Scott’s clever idea is brilliantly illustrated by Borgman.

In Mort’s view, Zits provided a refreshing contrast to the talking-head graphics that have dominated comics pages since the 1970s.

The is the last installment from 2012 in our Timeline series. Check back next week to see what’s next.