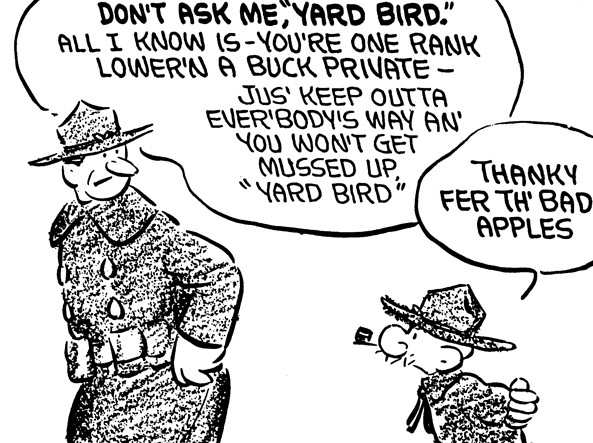 Did you know that both Barney Google and Snuffy Smith “served” in the military?  Well, in the comics pages anyway!  In 1940, Snuffy Smith was inducted into the Army after saving the life of a General. In 1941, Barney Google joined the war effort by signing up with the Navy. Their military (mis)adventures continued through 1945. The comic strips from the military years are in the Comics Kingdom Vintage Barney Google and Snuffy Smith section if you would like to check them out. Here are a few comic strips from Snuffy’s early Army days by the magnificent Billy DeBeck!

Thank you to all our Veterans!