What’s scarier than zombies, ghosts, werewolves, or vampires? Something that is literally out of this world: EXTRATERRESTRIALS! This begs the question: Are we really alone in this universe? Let’s find out in this week’s Top Ten Comics on Aliens!

For once, obesity can actually save lives.

Some aliens can actually be quite friendly. Or obnoxious.

Only General Halftrack would know the only thing worst than an alien invasion.

They are already among us!

Probably wasn’t able to get anything out of that wormhole… 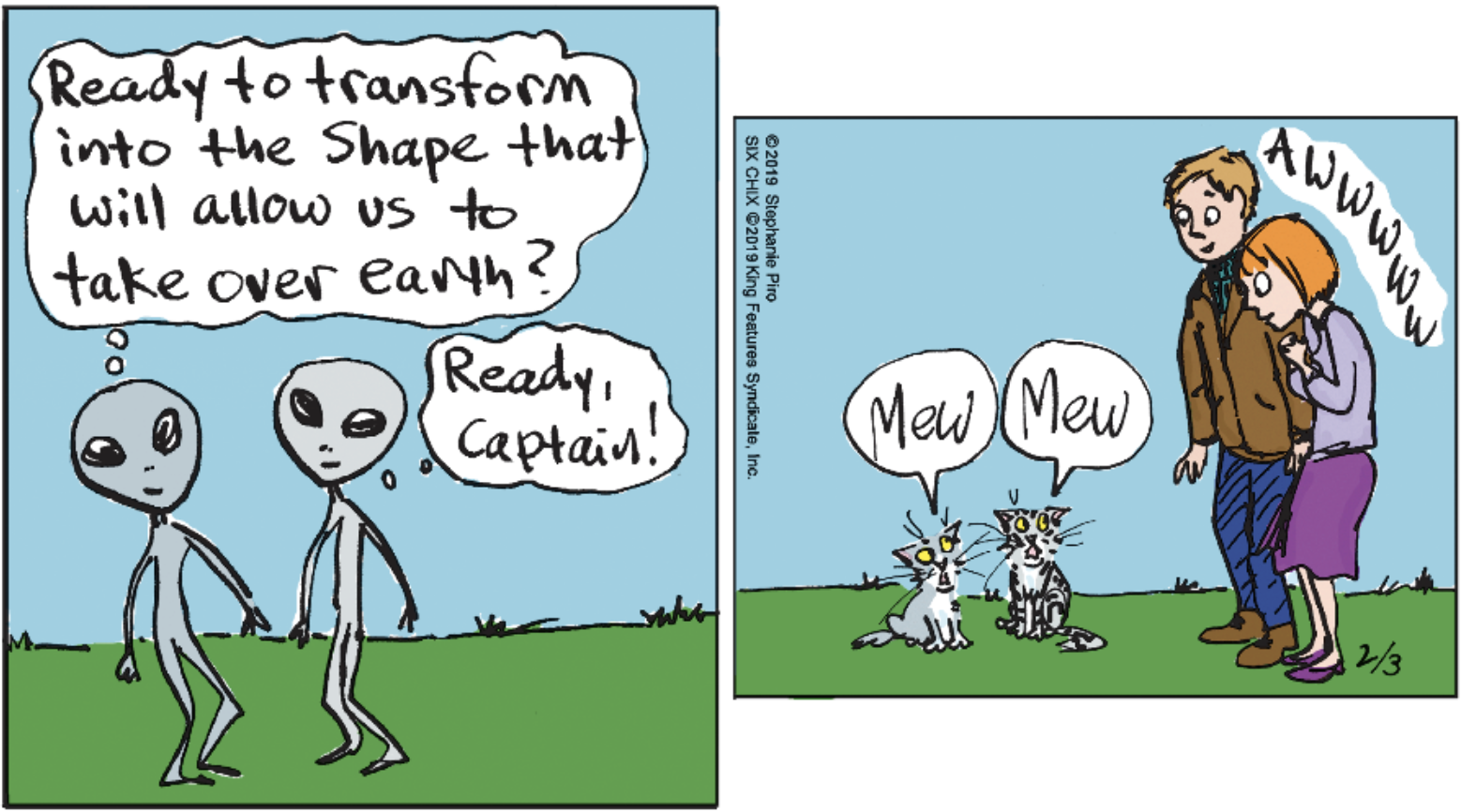 We disappointed our extraterrestrial overlords.

Wait till they watch ‘Jersey Shore.’

What could it want, though…?

Nothing to see here. Move along.