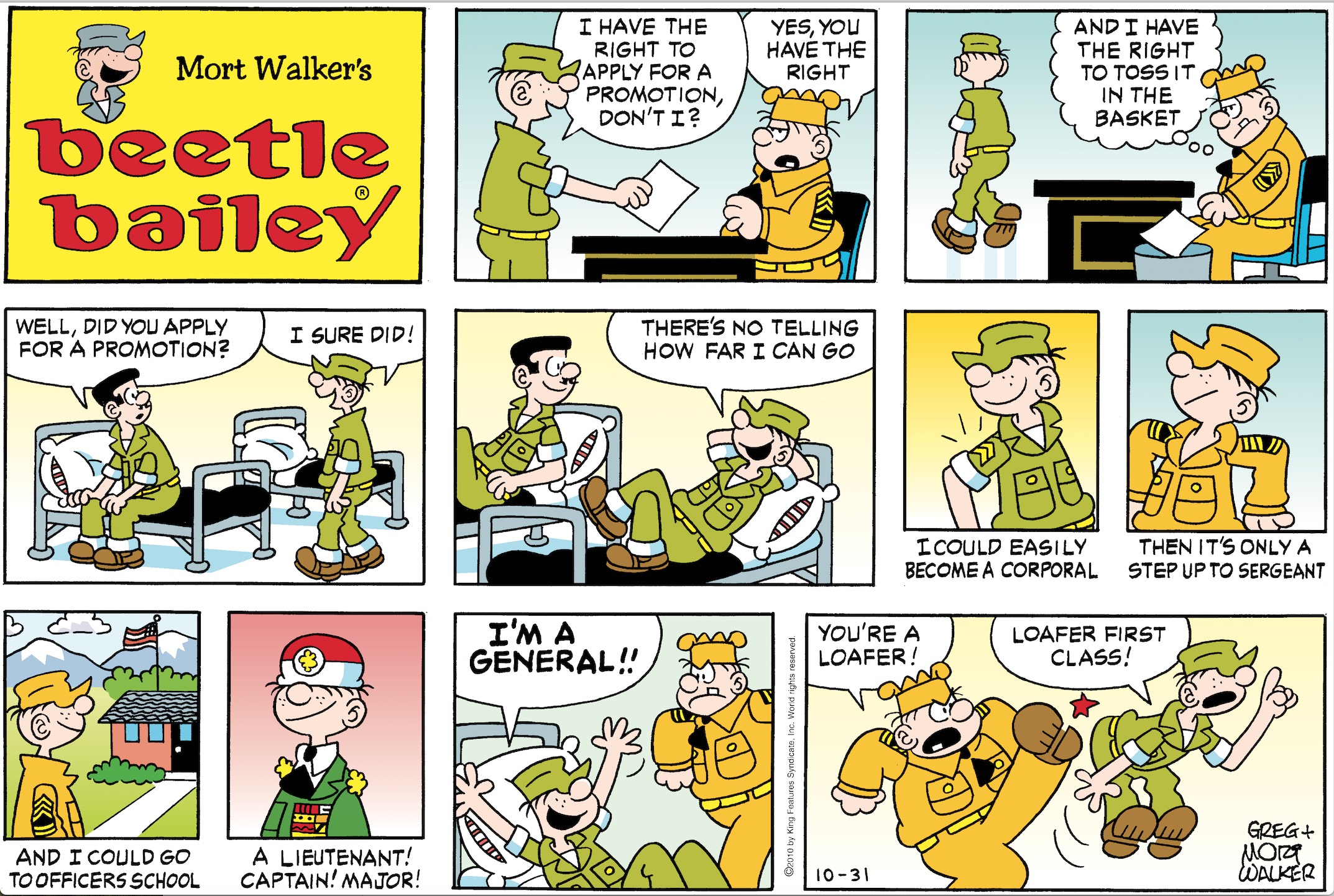 Readers often ask if Beetle will ever get promoted. In the Sunday page above he fantasizes about going through the ranks and becoming a general. Sarge gives him a quick kick to remind him what he’s really good for.

In the early strip below, Beetle asks Sarge about applying to officer’s school. Sarge’s response is uncontrolled laughter.

Beetle isn’t the only G.I. at Camp Swampy who has ambitions. In this daily from 1955 Zero seeks advice from Cosmo. He ends up going all the way to the U.S. Capitol to demand a promotion.

The truth is, Beetle and Zero will always remain privates. The pecking order at Camp Swampy must be maintained.